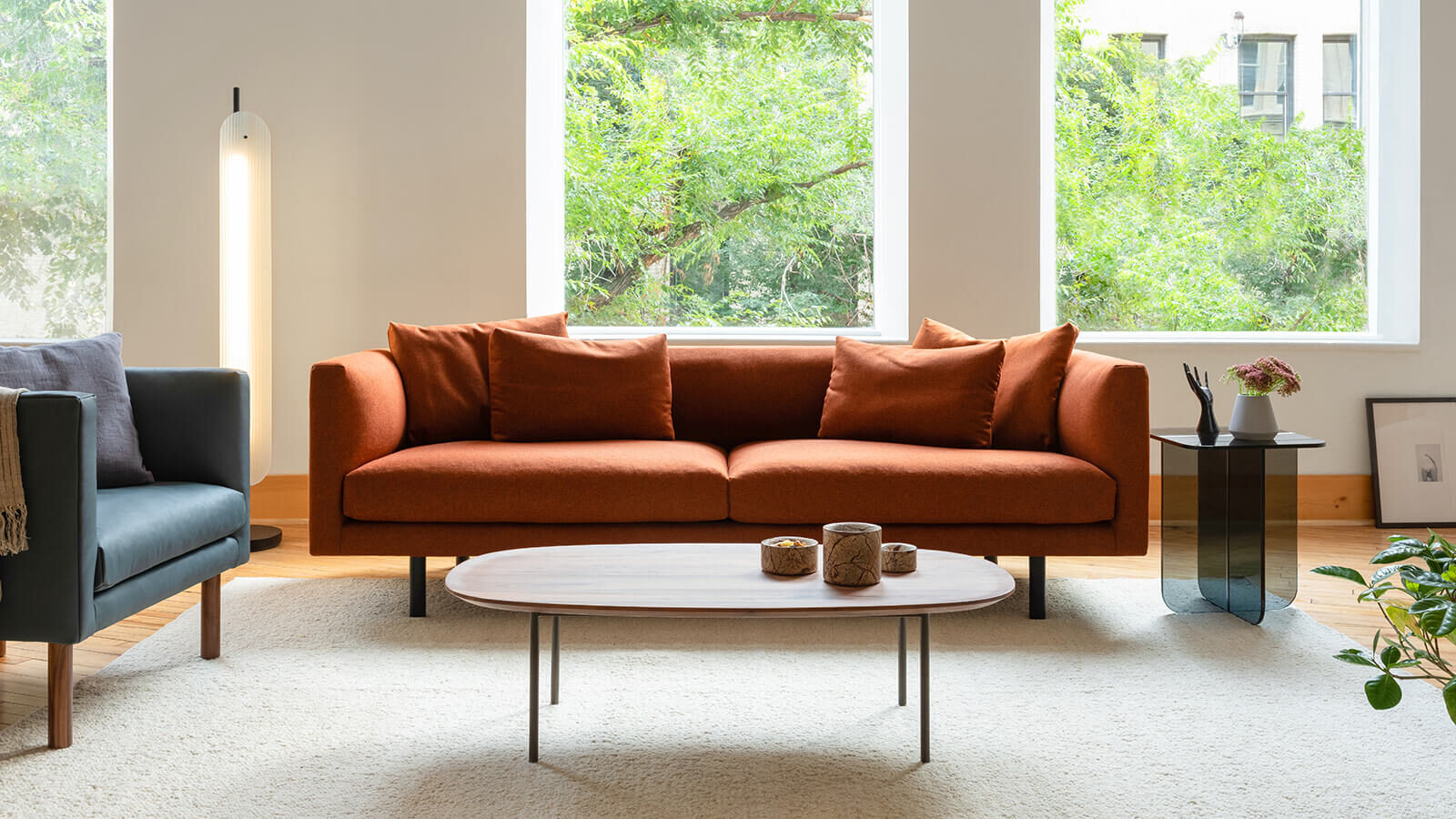 Since its inception in 2001, the Winnipeg-based brand has consistently delivered thoughtful and forward-thinking products while remaining true to its homegrown approach to design.

Born 20 years ago in the Canadian prairies, EQ3 has become a mainstay on the national design stage by focusing on making furniture that is well-crafted, thoughtful and timeless. Still headquartered in Winnipeg, the brand has grown to include showrooms throughout the country and has even crossed the border, with recently opened flagships in Chicago and New York.

To honour its 20th anniversary and ensure its longevity, the company has strengthened its commitment to being a responsible player in the consumer world. Among other initiatives, EQ3 is developing environmentally friendly packaging (intending to completely eliminate Styrofoam by 2023), reducing its carbon footprint by locally manufacturing the majority of pieces and choosing water-based finishes for its casegoods and ethically sourced leathers, fabrics and wood when possible — all while continuing to produce covetable designs.

Building on established partnerships with an impressive roster of like-minded creatives over the years, the brand will also be revealing new proposals in the coming months. For now, we take a look back at five of our favourite designs from the last two decades. 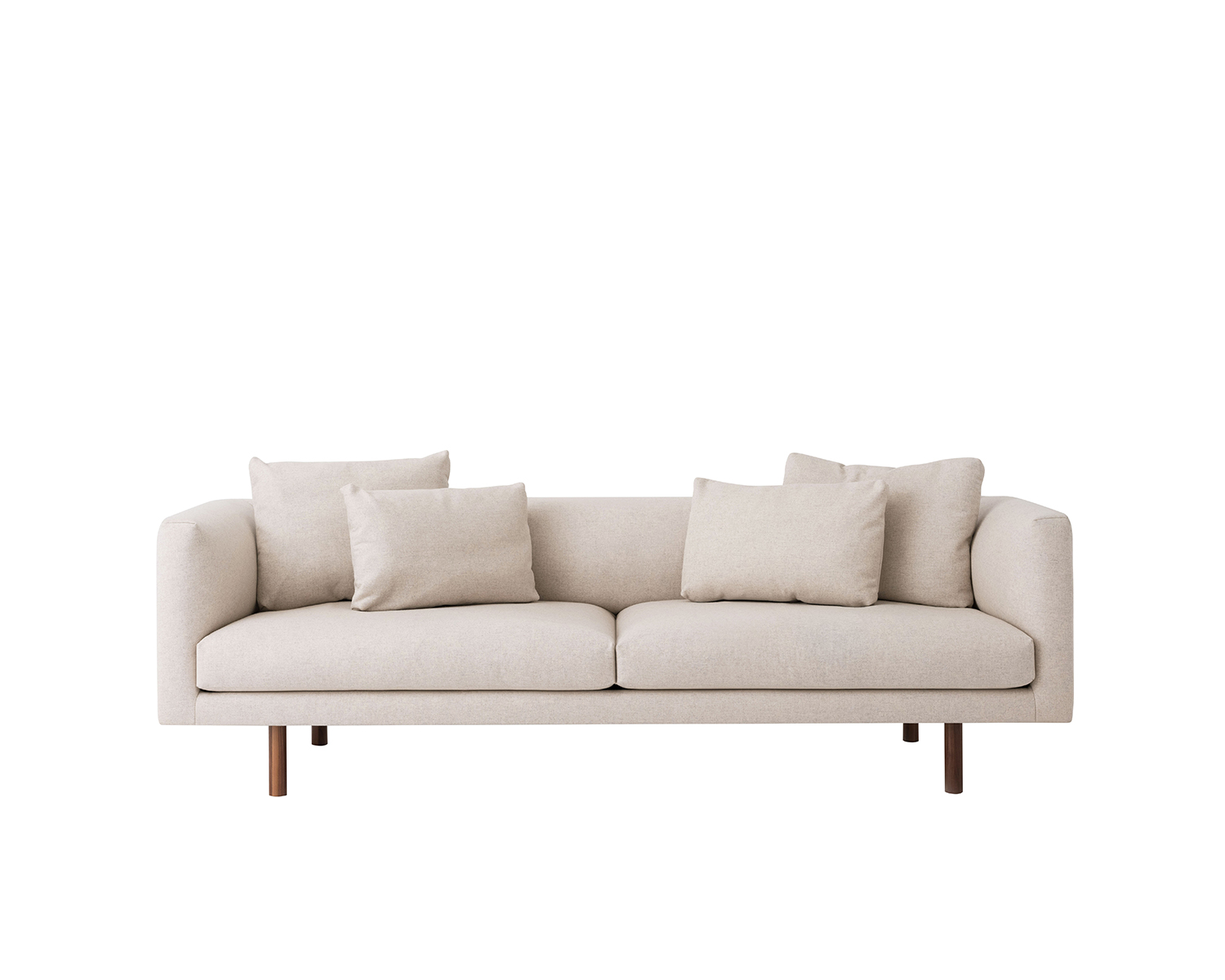 One of EQ3’s inaugural pieces, Replay became an instant classic. A symbol of the brand’s focus on quality and timelessness, the modern tuxedo-style sofa’s first incarnation was all about its sculptural silhouette — with generously rounded arms and embracing high back, it cut an undeniably striking form. In 2018, it was refined and fine-tuned for further comfort and longevity: feathers were added to the foam cushions, its legs were elongated and its profile was subtly streamlined. 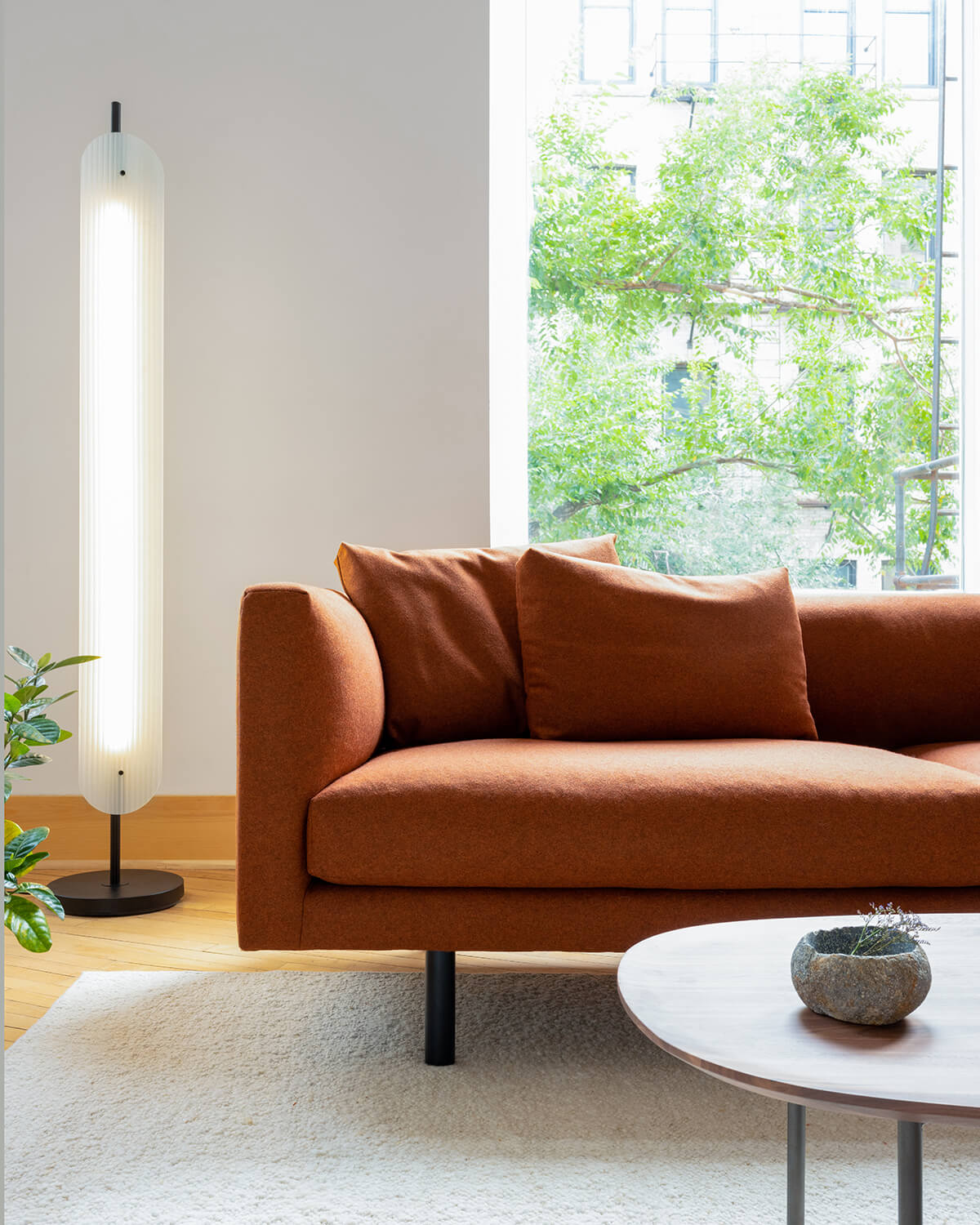 The Replay series has also grown to include sectionals, chaises and club chairs along with ottomans and coffee tables, offering a cohesive solution for a well-kitted out living room. 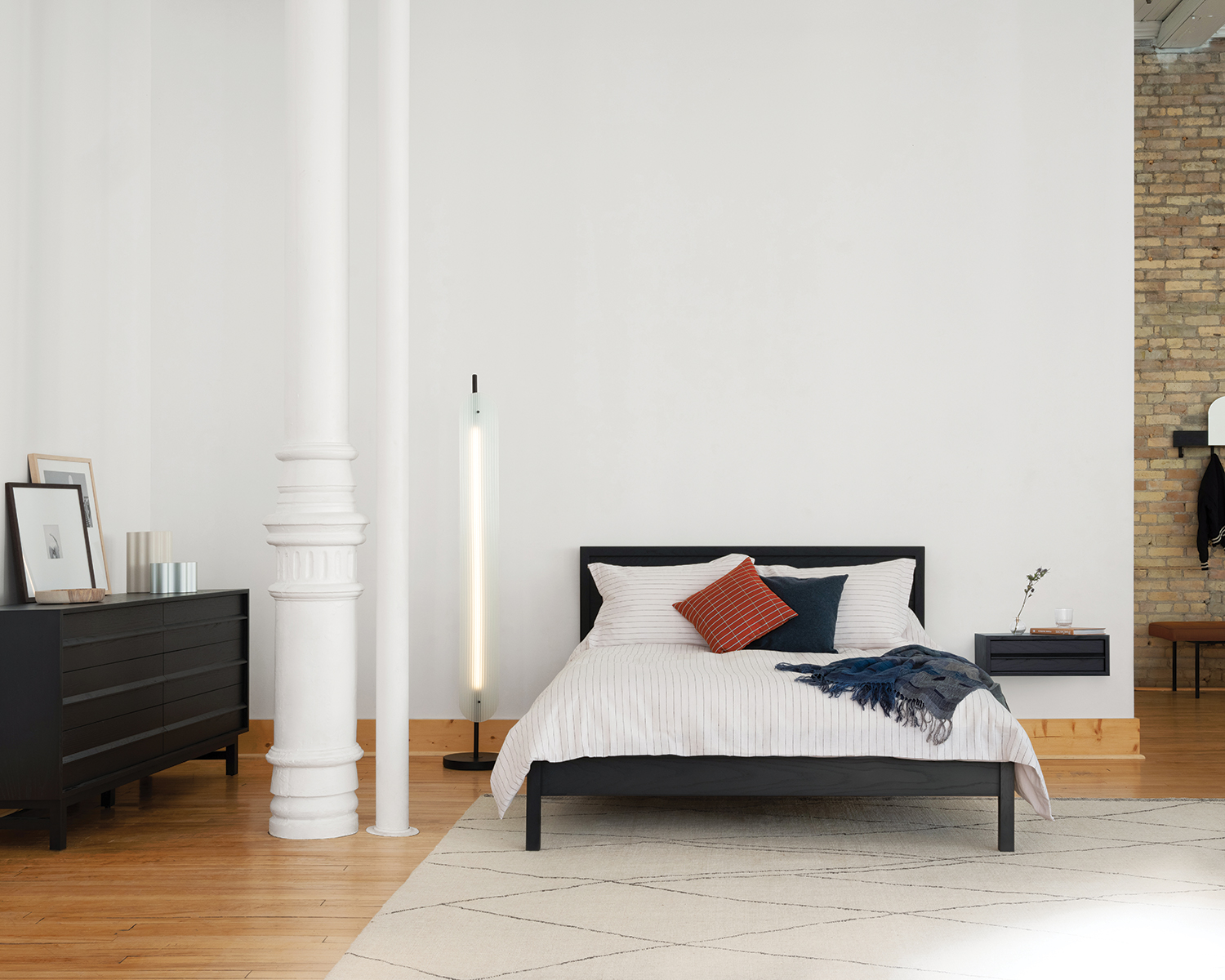 Informed by a mid-century sensibility, the Marcel collection by Winnipeg-based designer Matthew Kroeker puts the warmth and natural grain of solid wood front and centre. With its clean-lined framing and expansive headboard, the bed — which is available in platform, drawer storage, lift and panel models — makes a grand and welcoming impression. Originally released in 2012, the series was revamped in 2017 and now includes multiple dressers, nightstands and chests and is available in walnut, oak and black oak finishes. 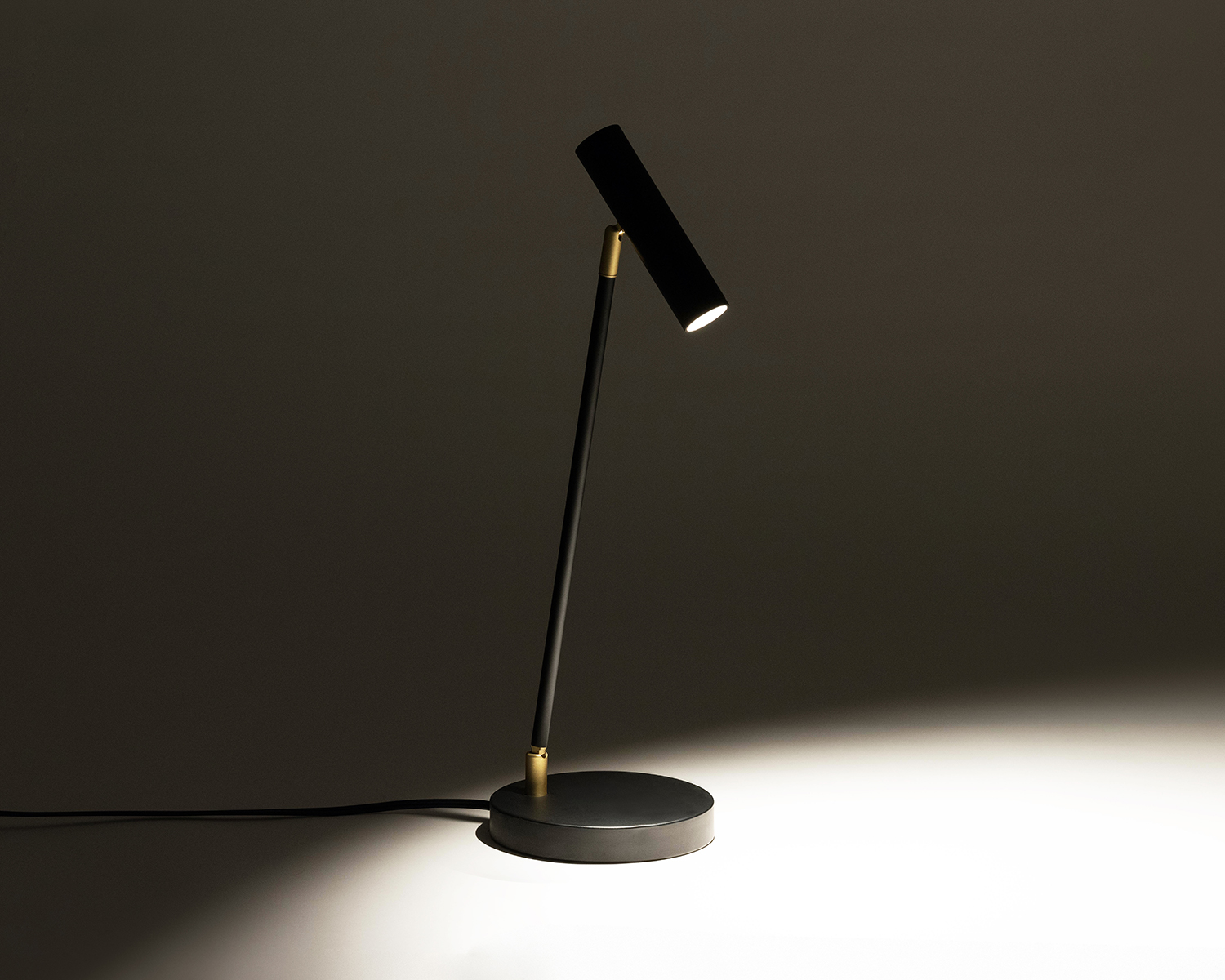 Minimal and unfussy, the Anchor LED task lamp is a deft merging of form and function. Accented in brass at its pivot points — the head and arm base — the slender and cylindrical design provides a focused beam of light to any home office, living room or even the bedroom. Offered in rich black or crisp white, it’s a stunning example of the less is more concept. 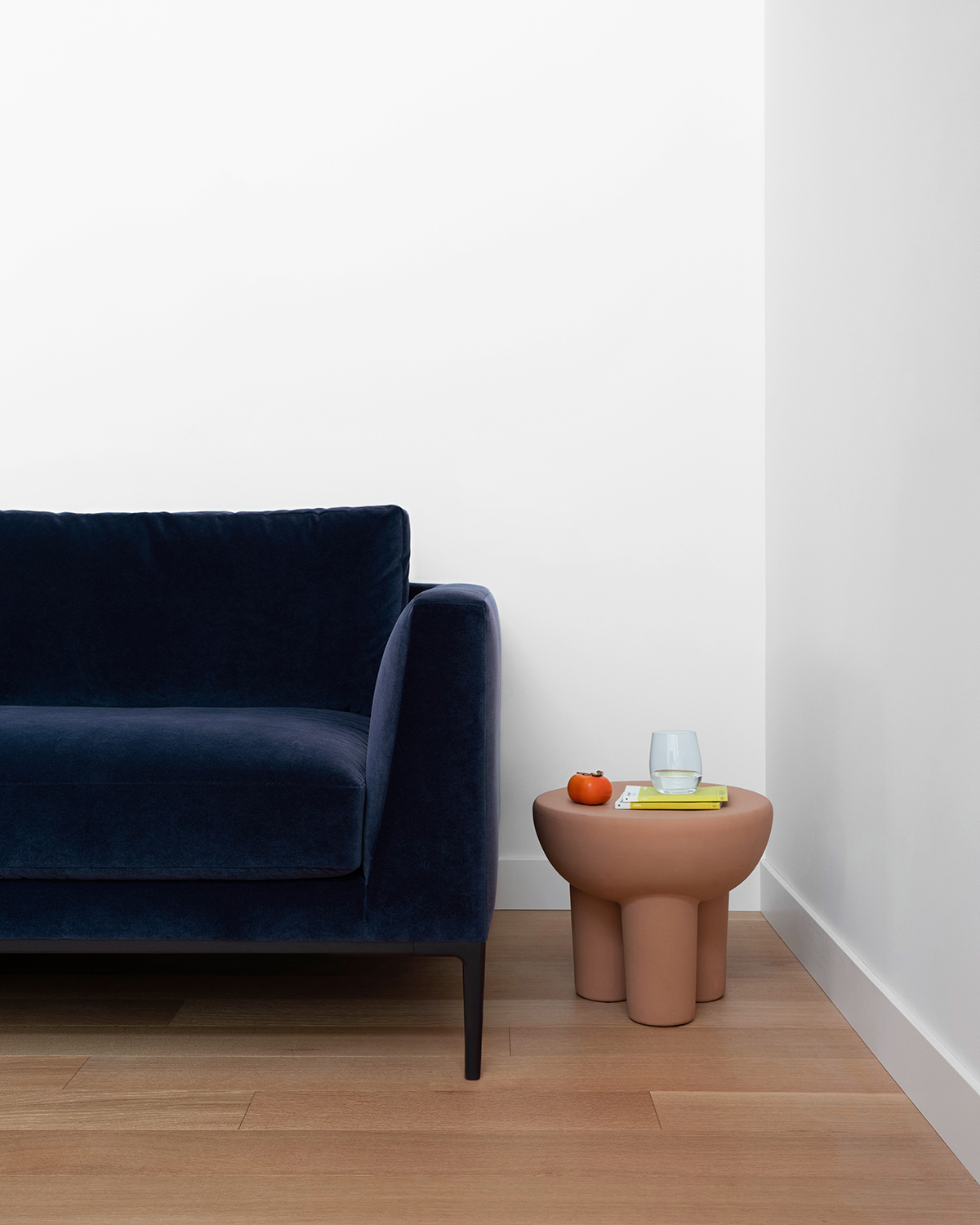 With playfully rotund shapes, Bingo, Bango and Bongo inject any space with a little lighthearted whimsy. Made from double-walled earthenware with a terracotta finish, the trio are sturdy enough to use as a stool but the generous flat surface can also serve as a side table, plant stand or, grouped together, as a showpiece coffee table. 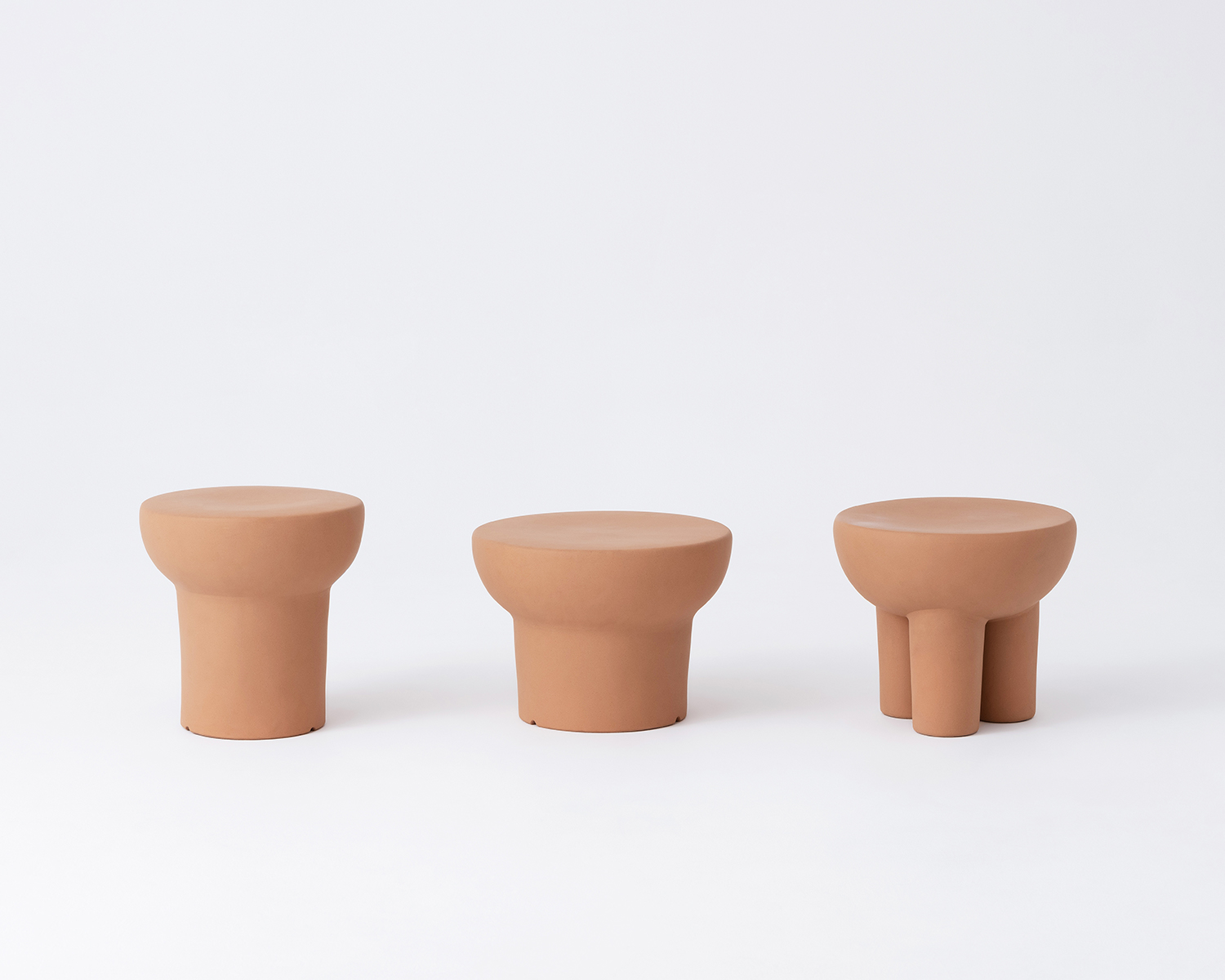 Differing in height by only a few centimetres, Bongo and Bango share a common pedestal-like base while Bingo deviates slightly with its shapely three-legged plinth, and each is infused with its own singular personality. 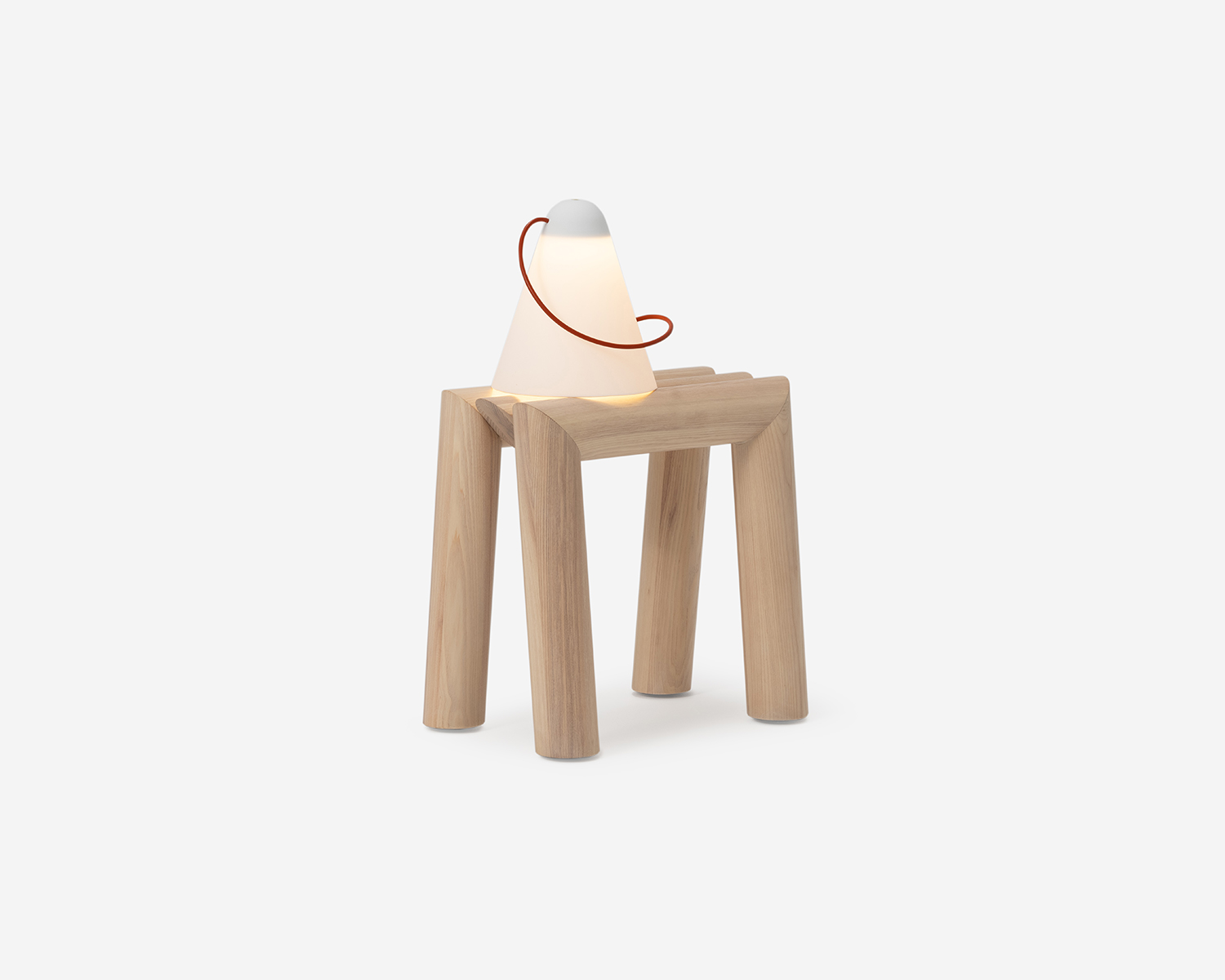 A collaboration with Montreal-based multidisciplinary studio Rainville Sangaré, the Biau collection of stools and benches will launch this summer. Intended for both commercial and residential spaces, the seats were inspired by the “uniform look of tree logs stacked in a truck” and express a pleasing warmth and softness while also providing a stable and surprisingly comfortable perch. 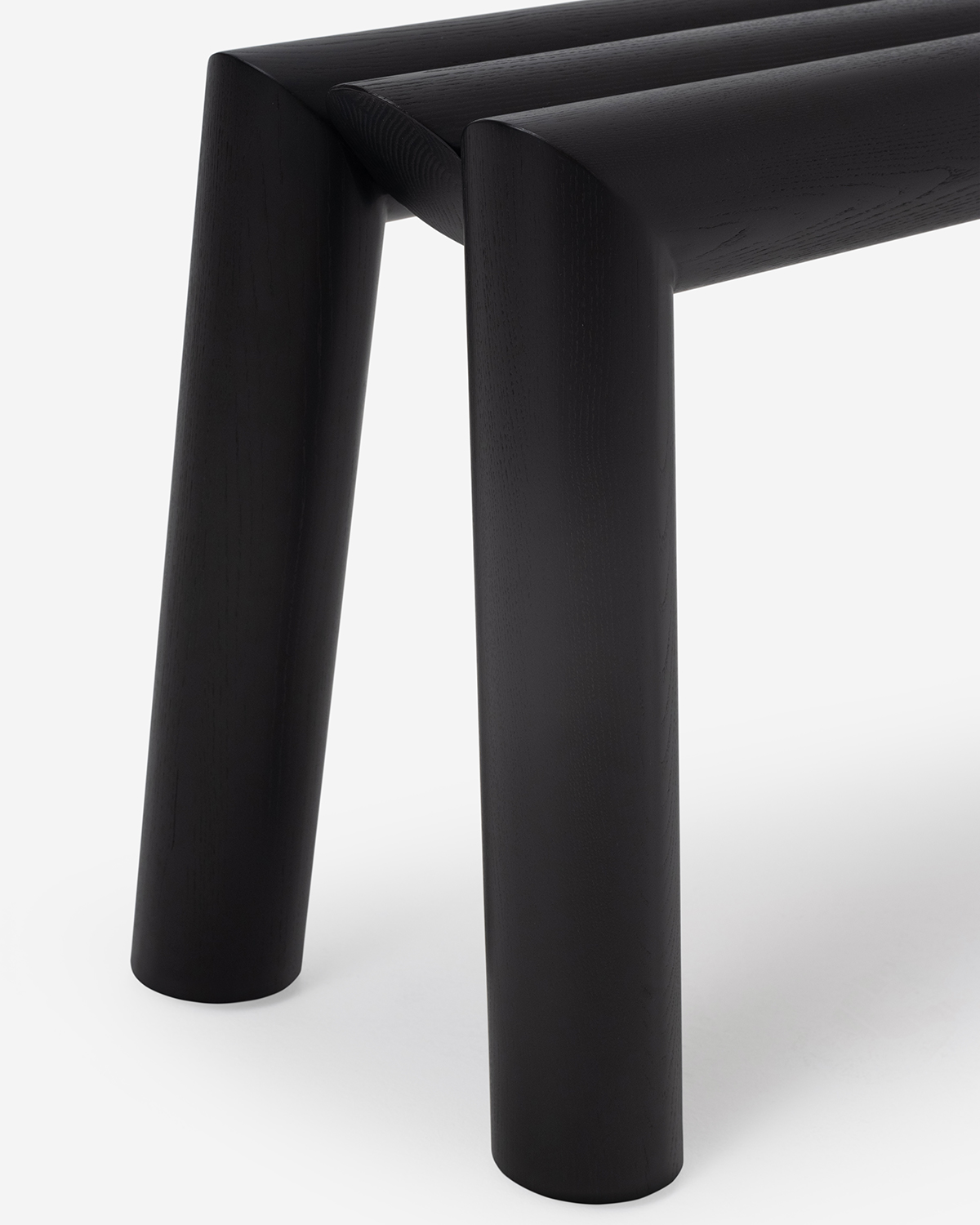 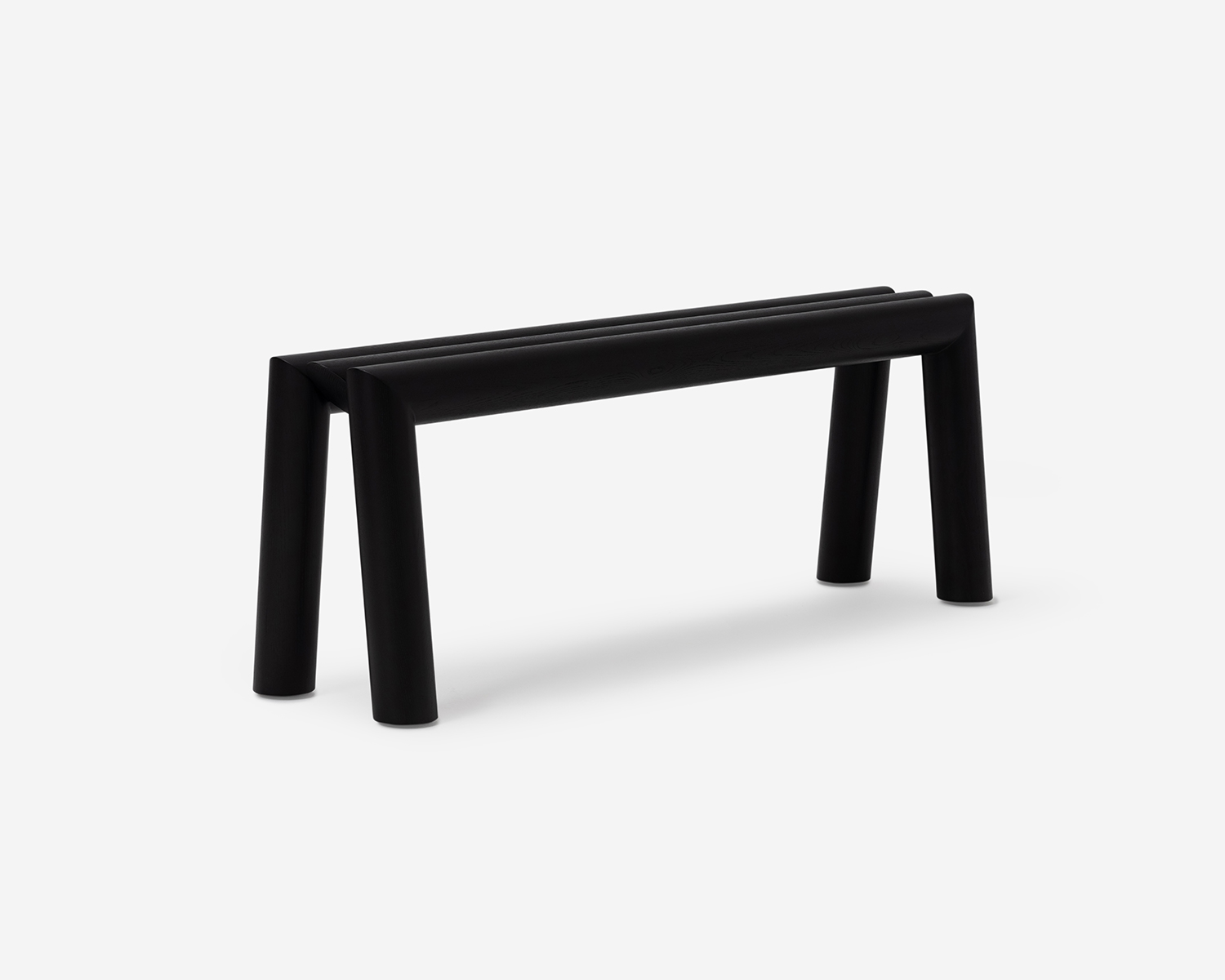 Crafted from solid ash, the organically influenced pieces have a distinctive form and are available in two sizes and two colours, natural or black.

Since its inception in 2001, the Winnipeg-based brand has consistently delivered thoughtful and forward-thinking products while remaining true to its homegrown approach to design.