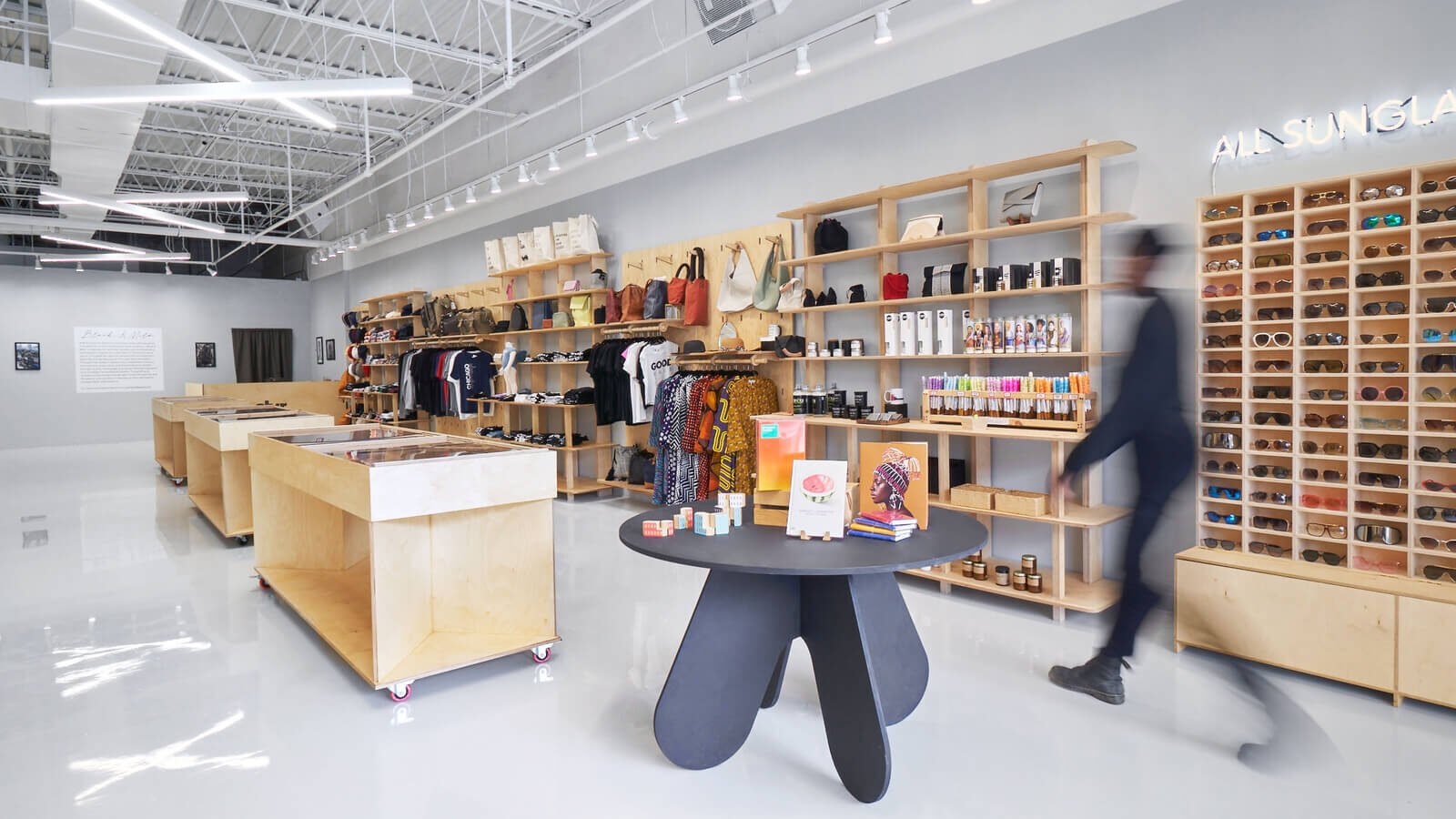 How Future Firm Finds Inspiration in the “Messy Ecology” of Cities

Chicago-based Future Firm is a practice that embraces the complexities of building — site conditions, system challenges and infrastructure. But instead of abandoning them as “problems solved” or “issues mitigated,” founding principals Ann Lui and Craig Reschke see those complications as opportunities for imagination. 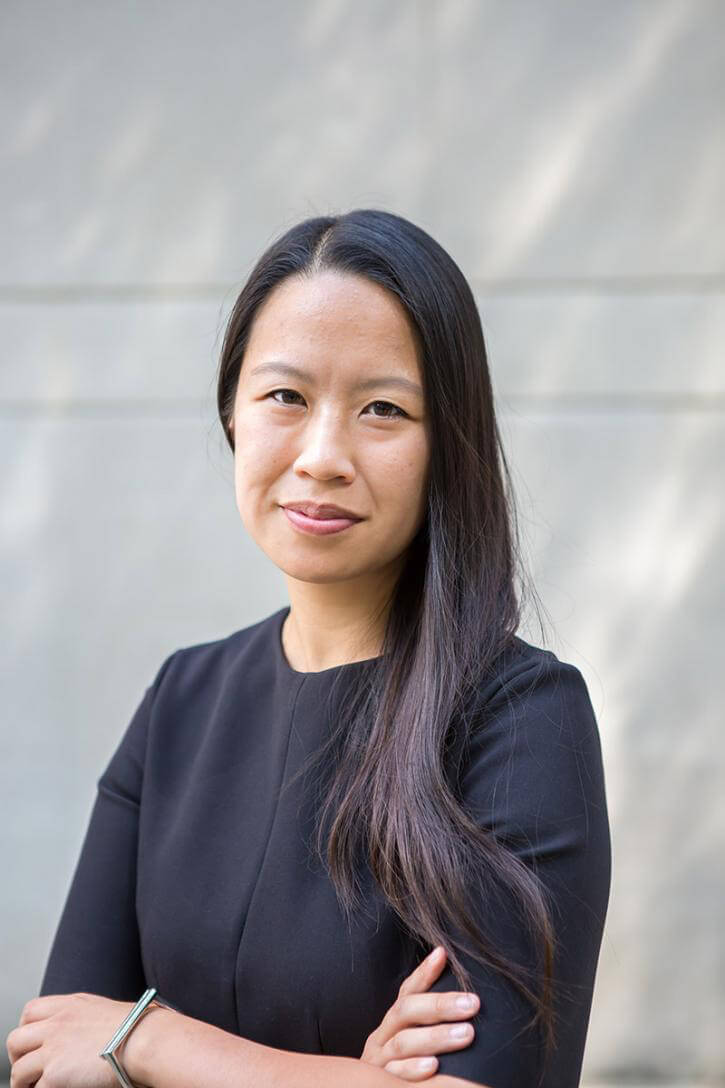 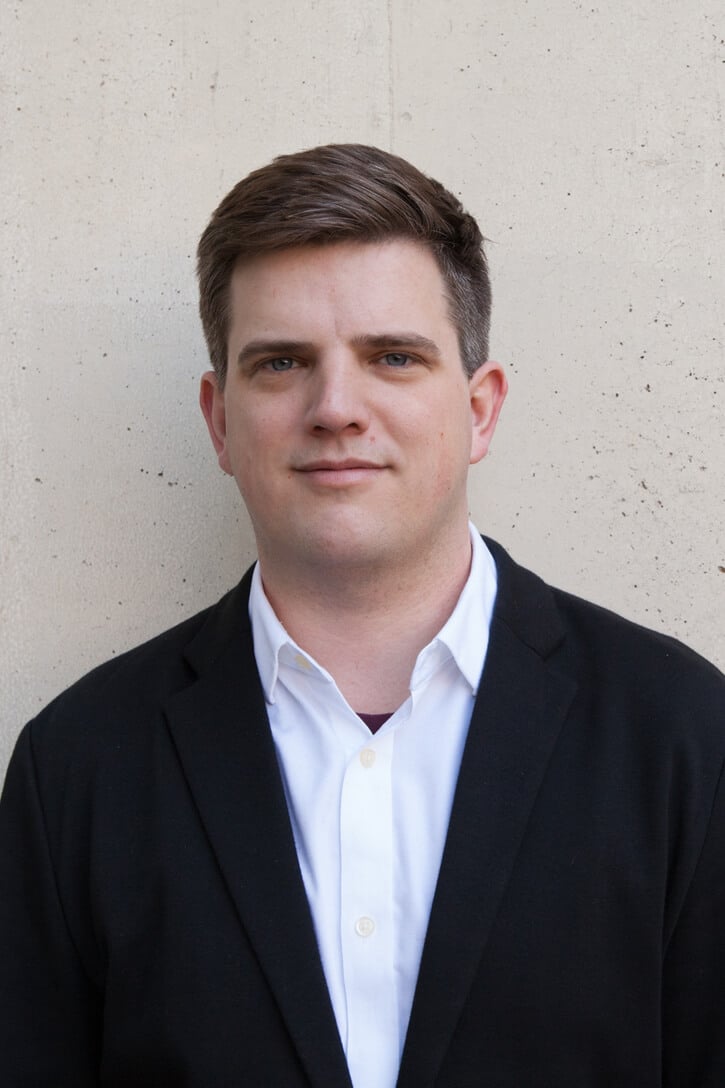 From a sensitive renovation of a former medical office into an artist studio and gallery to the conceptual installation Storm-Speed City — which revisits the role of weather in cities like Hong Kong — their approach blends built work with research. It also explodes architectural processes into a proposition that urban centres, at their most bountiful, are places full of disorder and collision. “We love parts of cities that feel like ecologies of people and things that are incongruent,” says Lui, “but that are thriving like a bubbling swamp in a messy ecology.” 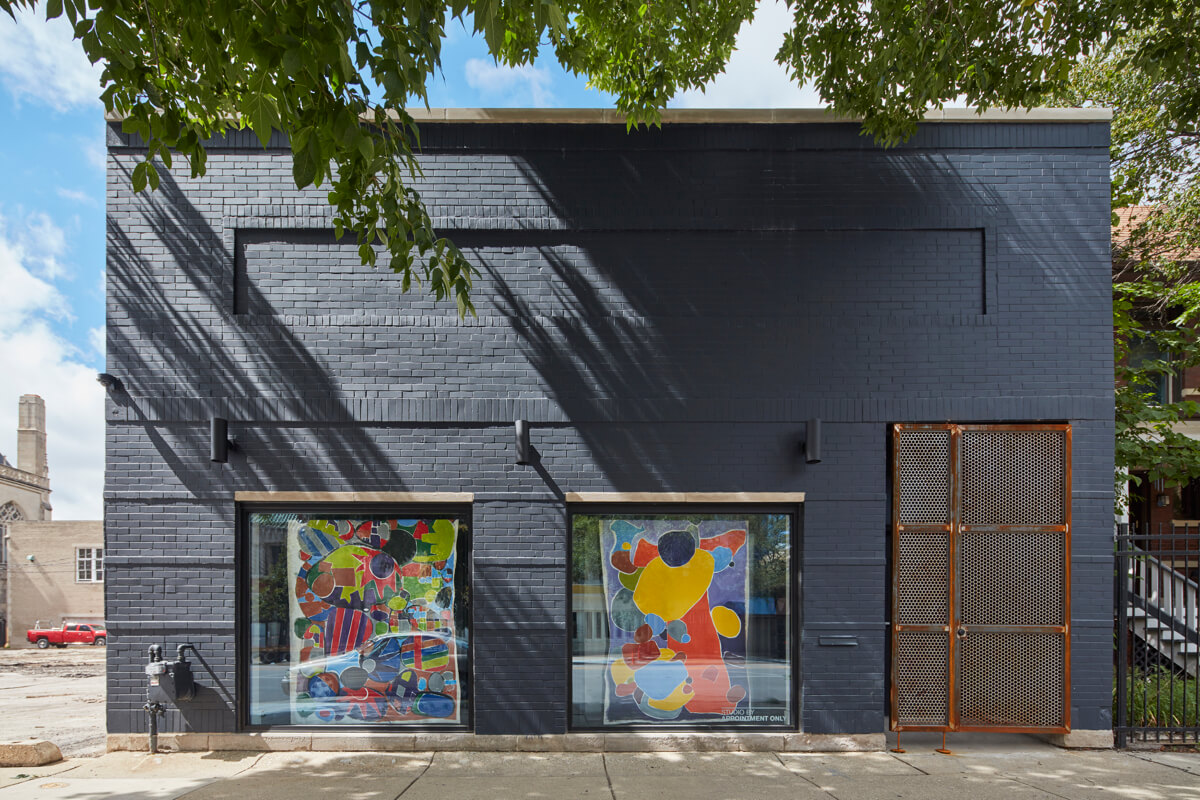 An early endeavour building out a garage for a dog-training business attests to this. That project led to Rebel Garages, an investigation into how Chicago’s plentiful and underutilized alley spaces could be repurposed as corridors for homegrown establishments and public gatherings. 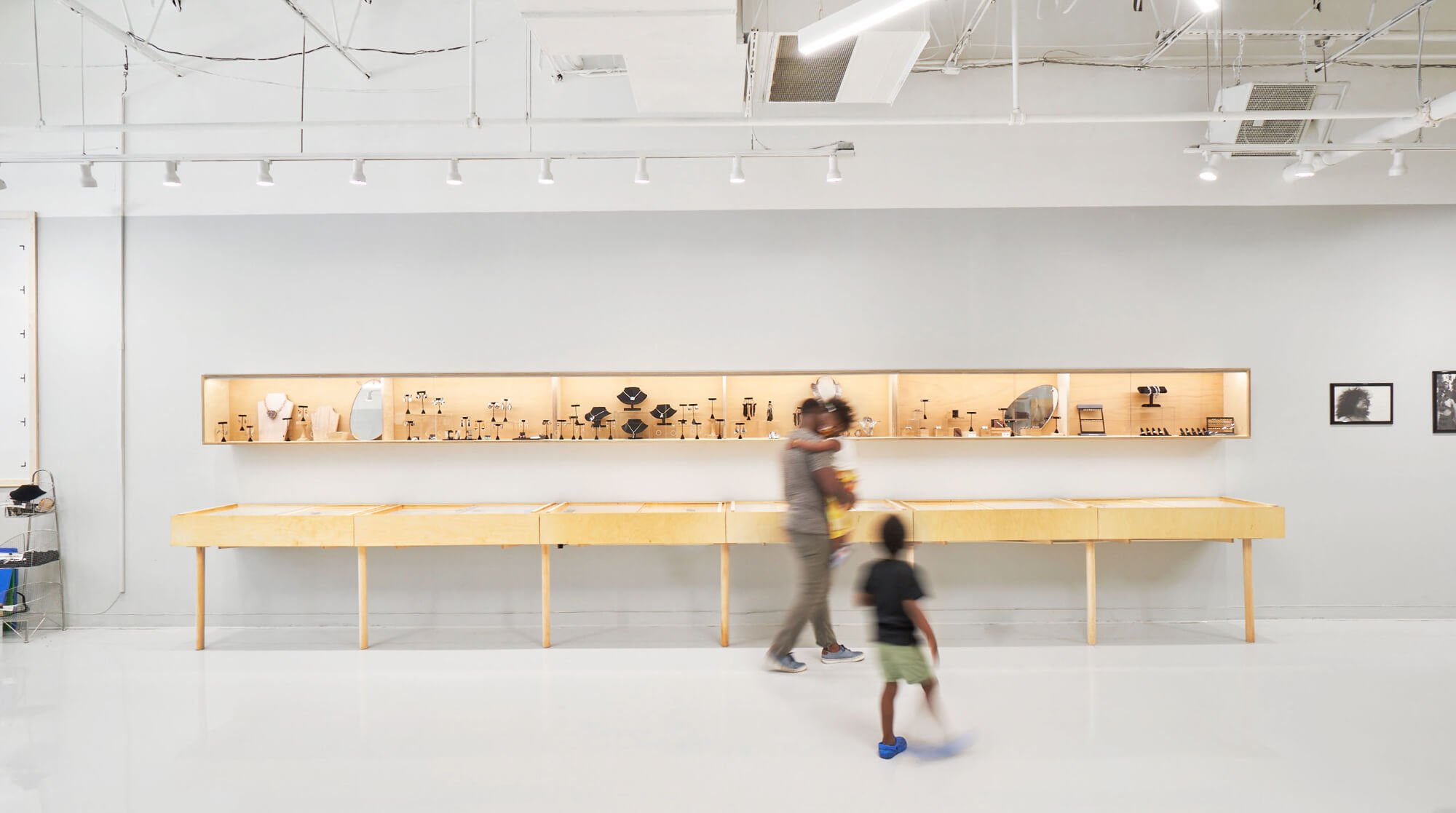 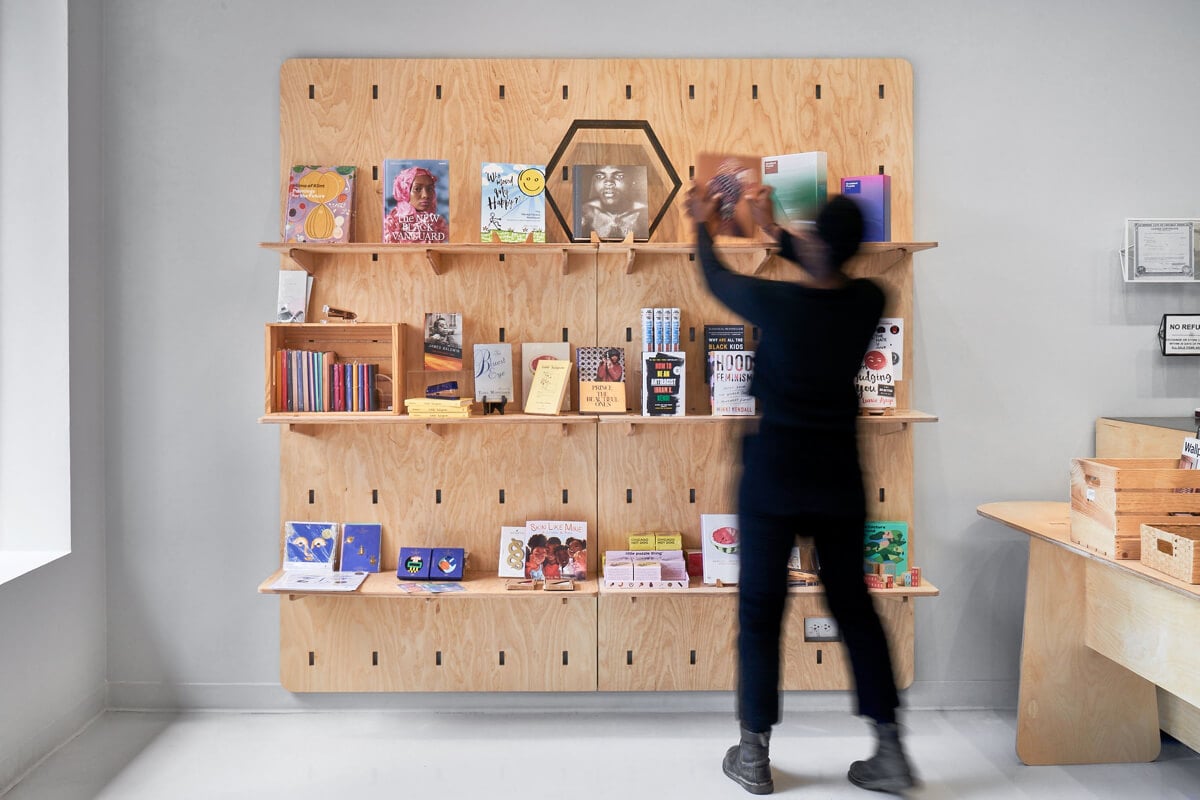 However, their more recent commercial projects like The Silver Room — a boutique shop led by Chicago social entrepreneur Eric Williams that sells and exhibits work by local artists and artisans — have allowed the firm to explore how businesses can participate in those “bubbling ecologies” too. With local furniture designer Norman Teague, the pair created a modular display system, which resulted in a flexible interior space that can both showcase products and play host to the retailer’s legendary community events. 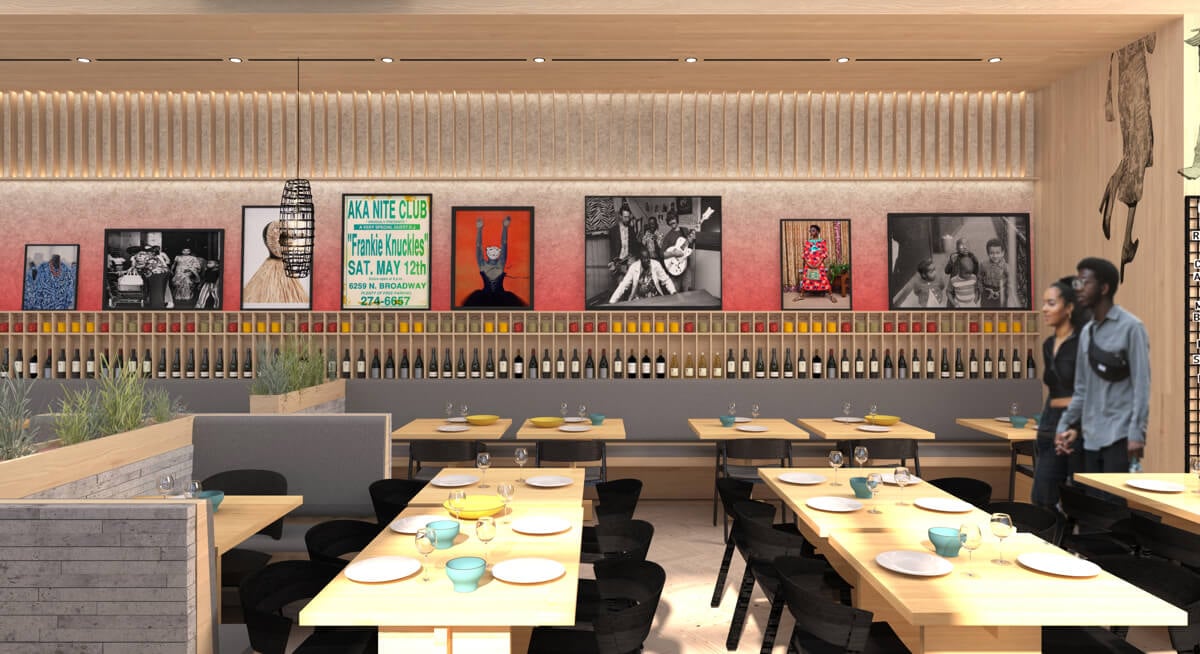 Following the success of The Silver Room, the studio was tapped to helm the new scheme for the Bronzeville Winery.

Williams then invited Future Firm back to design Bronzeville Winery, which is set to bring upscale dining to a historically Black neighbourhood in south Chicago while also “highlighting Bronzeville’s histories and future Black culture,” says Lui. “These small businesses are trying to reinvent the field they’re in, and we can contribute to that transformative idea.” 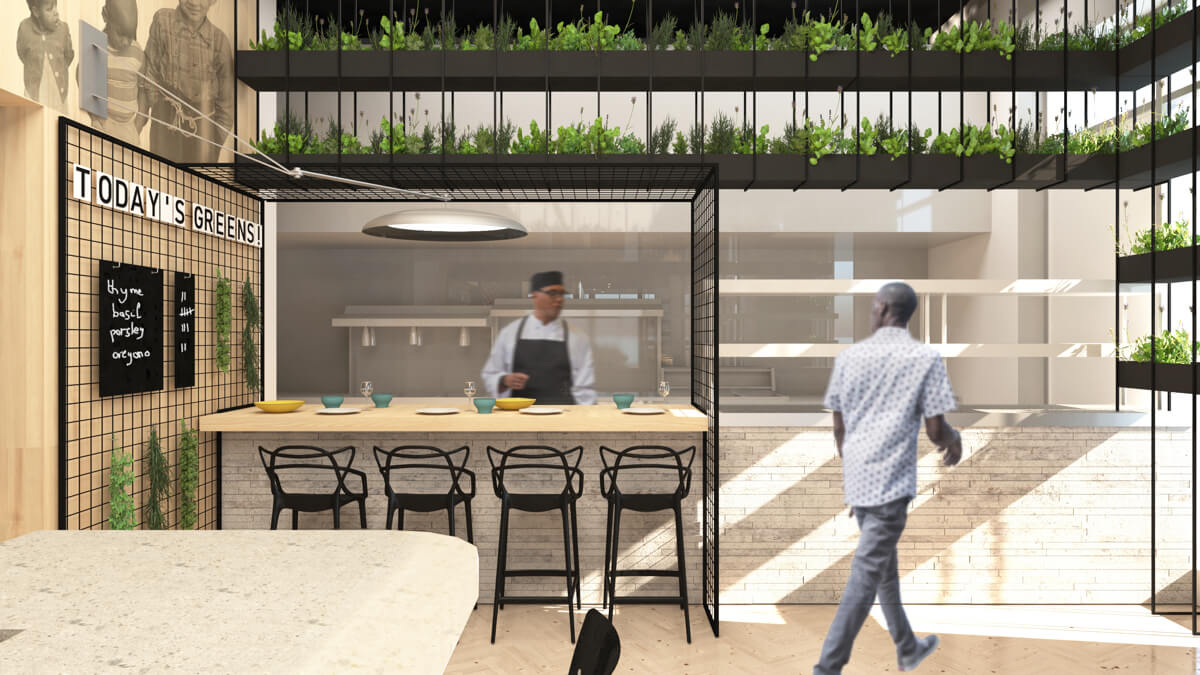 Located in Chicago’s south side, Bronzeville Winery is set to become a hub of wine, art and music.

Another initiative by Lui and Reschke, an outdoor exhibition of video and multimedia work known as The Night Gallery, illustrates their interest in nocturnal urban spaces. It’s a tangent animating their contribution to the annual city-wide event Exhibit Columbus this fall. Midnight Palace will take over the Cummins Sears Building with a glowing wall featuring lights derived from the city streetscape — old high-pressure sodium fixtures, contemporary LEDs and train signal lights — to transform the site from sundown to sunrise. “The night is a magical time when rules are a little different,” Reschke says. “We thought about the experience of the night, and then started pulling on that thread and wondering which architectural elements are shaping that for us.”

In their hometown, the pair also run the nocturnal exhibition The Night Gallery.

What happens in the dark — at the witching hour, behind houses and in alleyways, in the crevices and corners of our homes — is, for Future Firm, only one of many possible routes toward the dissonant and disobedient nature of vibrant cities.