How a ‘Lord of the Rings’ Designer Developed Architectural Chainmail
Kayne Horsham, a former costume designer, patented a chainmail - or 'Kayne's mail' - for dressing up buildings. 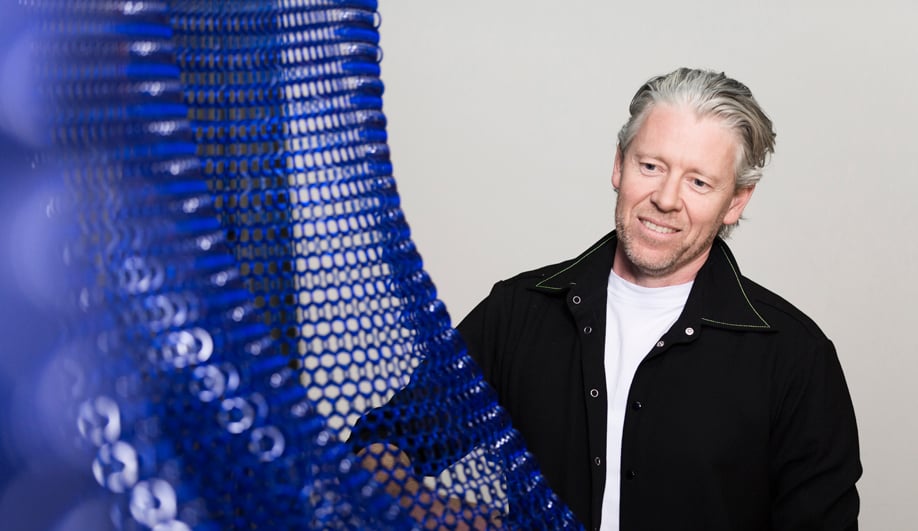 Kayne Horsham, a former costume designer, patented a chainmail – or ‘Kayne’s mail’ – for dressing up buildings.

Kayne Horsham’s obsession with chain mail goes back more than two decades, to when he was working as an art director for the Lord of the Rings film trilogy and tasked with creating armour that didn’t render the actors immobile under its weight. Horsham’s solution was to use hand-assembled, silver-coated plastic rings – 80,000 of them per shirt. Dubbed “Kayne’s mail” by actor Viggo Mortensen, each shirt took six weeks to produce.

After filming, Horsham carried on refining and improving the material, and, in the course of figuring out application possi-bilities beyond Middle-earth costumes, invented a liquid-state production process. He came up with Spacemaile, a chain-mail-like polycarbonate mesh curtain for interiors. It’s made using injection moulding to produce solid, interlinking rings with no joints or seams. Shown at Salone del Mobile in 2008, it was met with enthusiasm by industry experts – a response that helped crystallize the potential of Horsham’s material for architectural application. 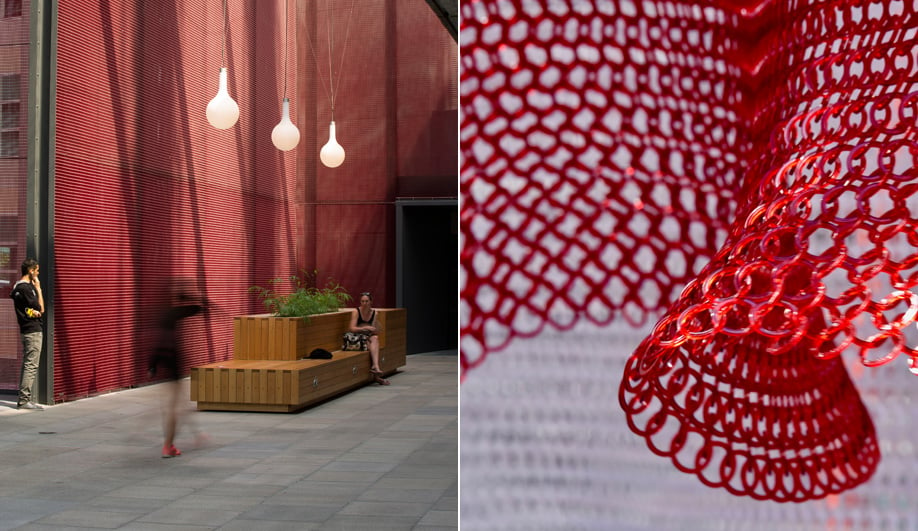 The injection-moulded polycarbonate mesh can be manufactured in bold colours to elevate the aesthetics of exteriors and interiors alike.

Some of that potential was discovered by happenstance. During an interior installation of Spacemaile on windows, Horsham noticed a considerable temperature drop in the room and realized that his material had significant promise as an architectural facade. The company next launched Kaynemaile Armour, a seamless mesh exterior screen. This is where the material really gets to flex its technical muscle. As a second skin, the non-oxidizing polycarbonate mesh remains stable in temperatures ranging from -40°C to 120°C and combats solar gain, reducing heat on building envelopes by up to 60 per cent. One square metre of the material weighs just three kilograms. 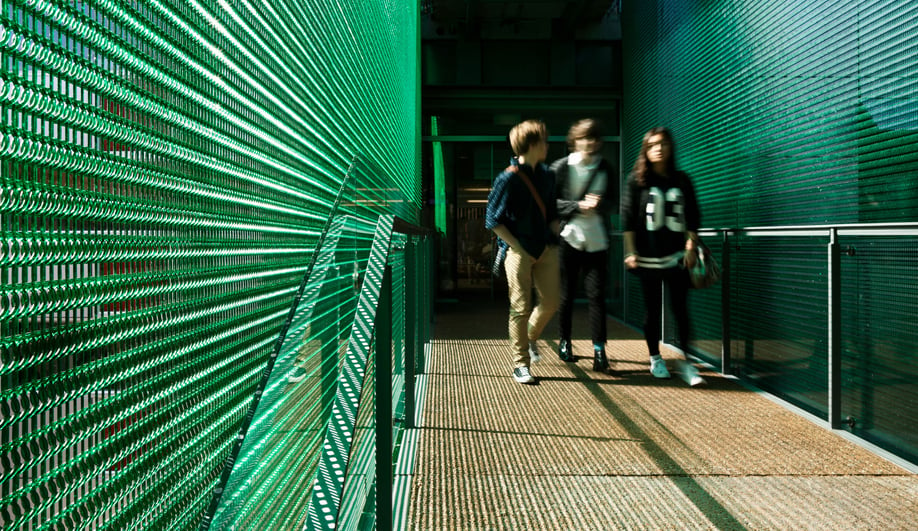 Kaynemaile Armour was installed to help provide shade and bring visual interest to a pedestrian bridge at the University of Auckland.

Horsham and his team are now working with the likes of Gensler, MGM Resorts and Cornell University. Yet Horsham is still finding new ways to use his discovery, even beyond architecture. In trials, the mesh is currently proving to be an effective tool for oil spill recovery. Details remain confidential for now.