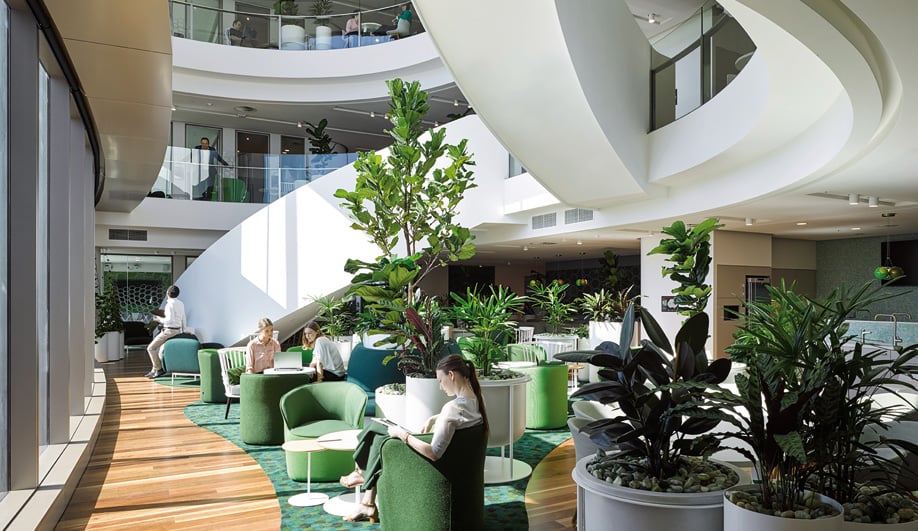 In the first year since Australia’s Queensland government consolidated a workforce of 5,000 from 23 different sites into a tower at 1 William Street in Brisbane, the response from employer and employees alike has been overwhelmingly positive. Woods Bagot, the architecture firm behind the amalgamated offices, took a holistic approach to the design, one that rethinks public-sector workspaces for a new generation. The state government, which is the sole tenant of the 75,000-square-metre building (save for retail spaces on the lower levels), had employee morale in mind.

“They wanted a space where people would feel a sense of pride in their workplace,” says architect Bronwyn McColl, who led the four-year project. “And we can see on social media that people are posting things like, ‘I can’t believe I get to work here.’ That’s a proud moment for me.” 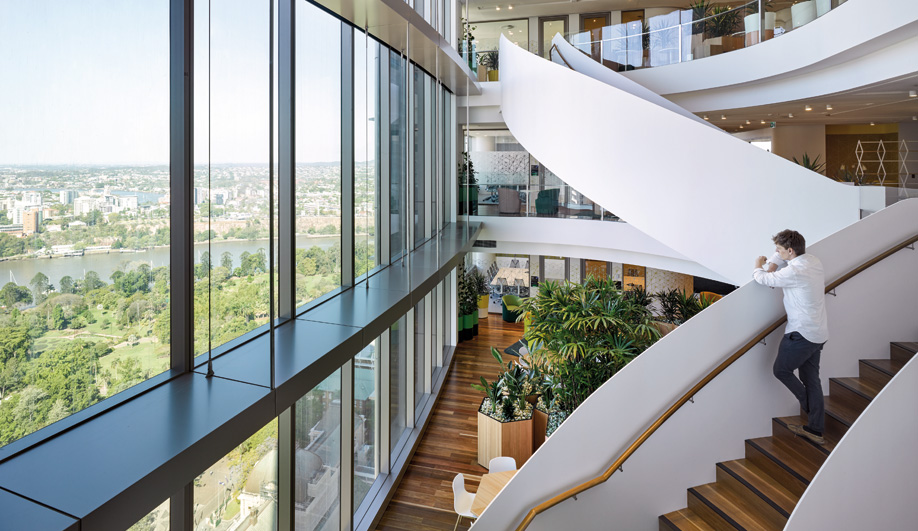 Three-level “villages” in the 41-storey 1 William Street tower include large central atriums that give workers access to unfiltered sunlight and live plants. 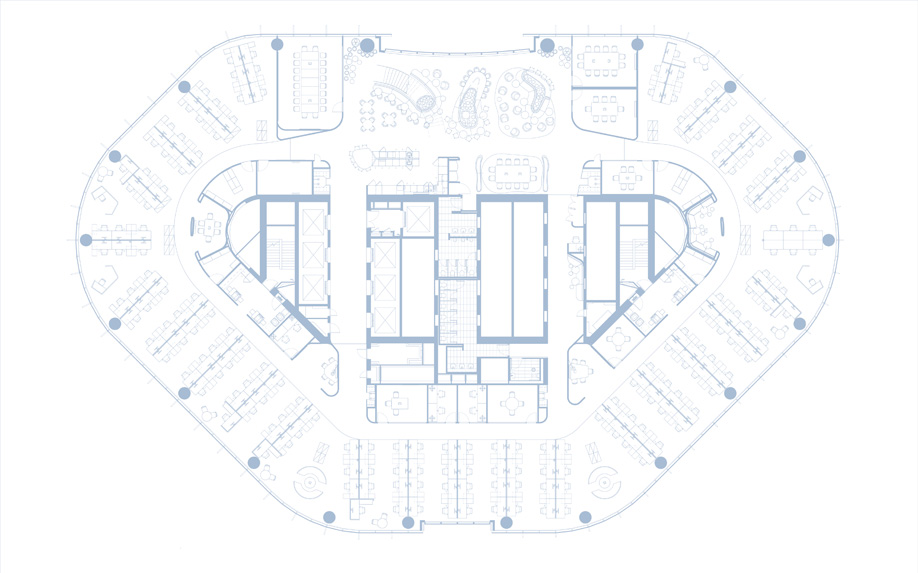 Within the 41-storey tower are multiple three-level “villages,” each with a sweeping staircase linking it to a central atrium. Creating a natural flow and ease of movement through wide passageways, the layout sparks impromptu meetings between employees. “When we did briefings, there were people who worked in the same department but hadn’t even met,” says McColl. “We wanted to shift the focus to incidental movements, cross-pollination.” To that end, workspace options run the gamut, from traditional desks and libraries to huddle spaces, quiet rooms and, on the top floors, two open-air decks with views of the city. 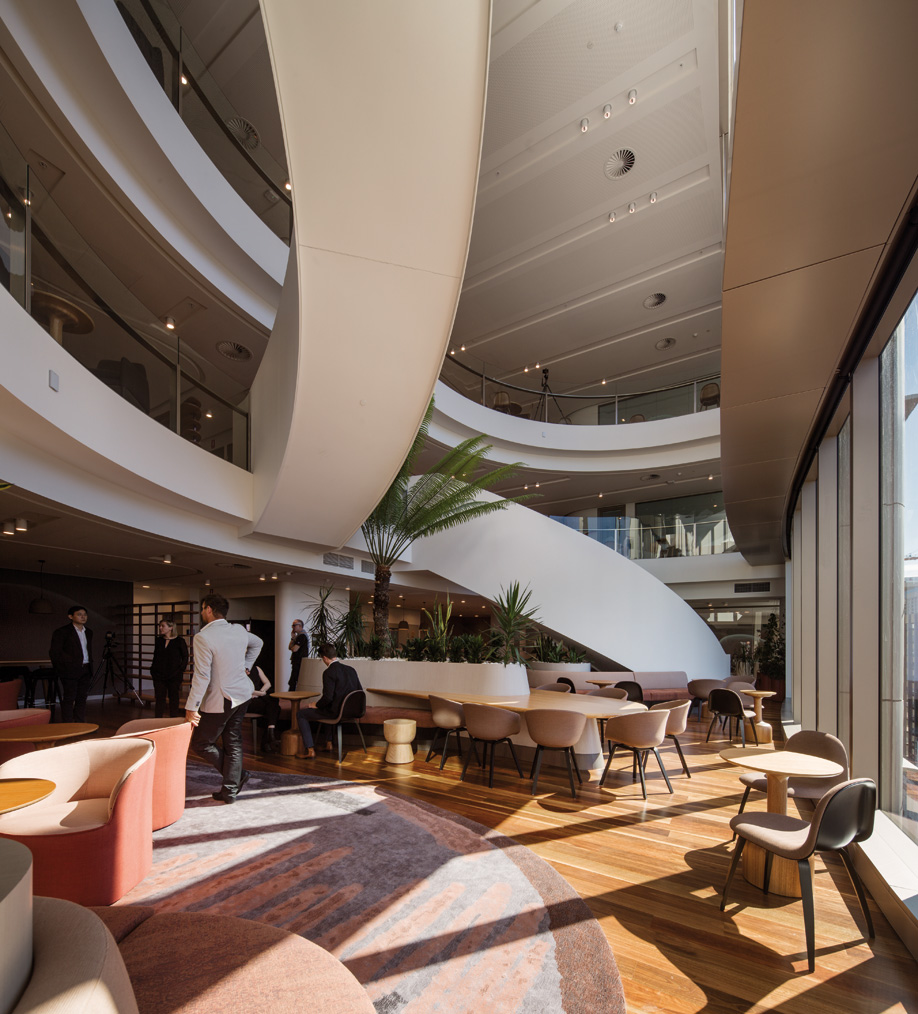 As an organizational model, the village set-up – especially when mixed, as it is here, with fresh air, plants and clear sightlines – appears to foster contentment. In a recent employee survey, the offices garnered a more-than-80-per-cent approval rating. (In particular, people have been taking advantage of the 582 bicycle parking spots and – not unrelatedly – the on-site showers.) 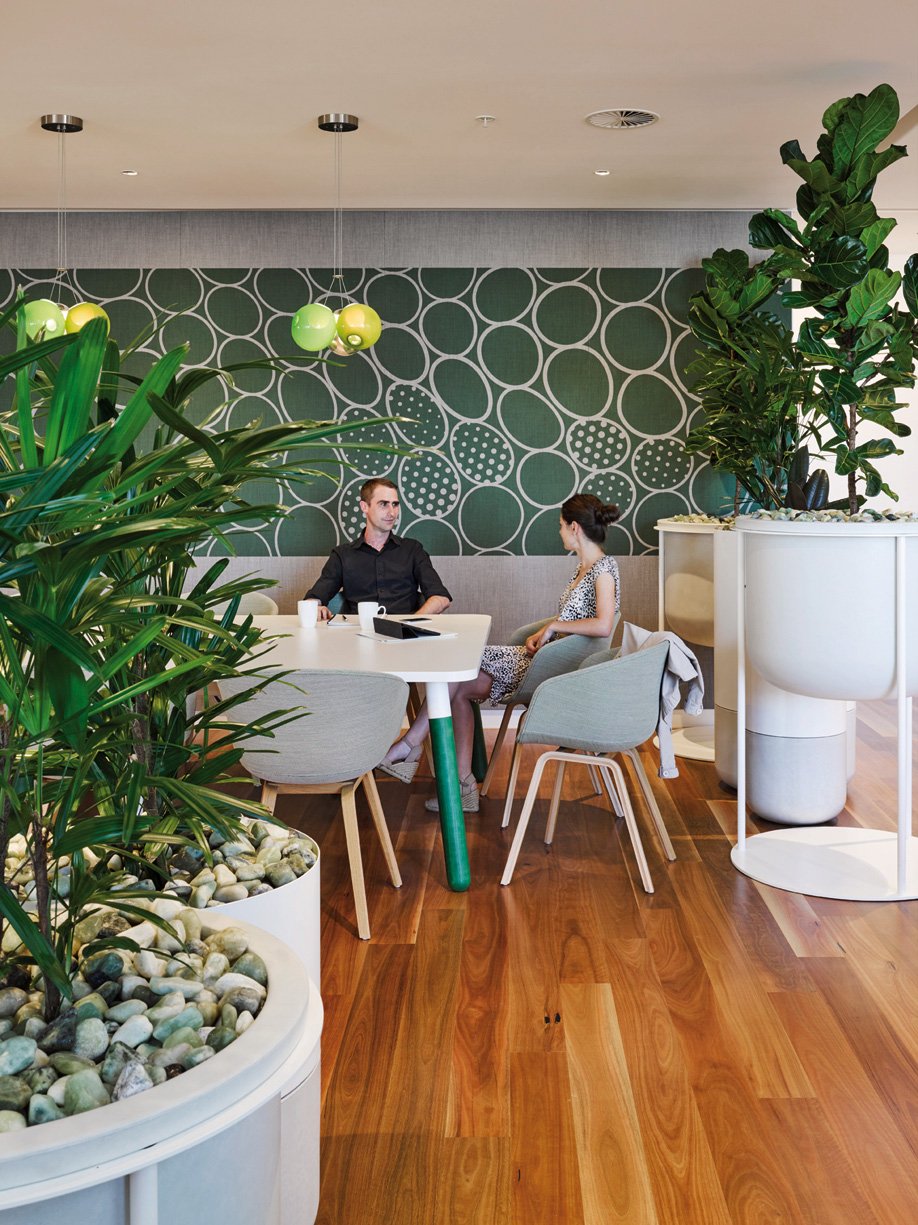 A nature-inspired palette and organic motifs and materials are in keeping with biophilic principles.

Natural patterns and motifs amplify that happiness. Each level has a theme based on Queensland’s flora and fauna, from coral species to water dragons. “The green-tree-frog floor, for example, includes dark green pinboards and glazing as well as abstract cues from the animal itself in the carpet,” says McColl. 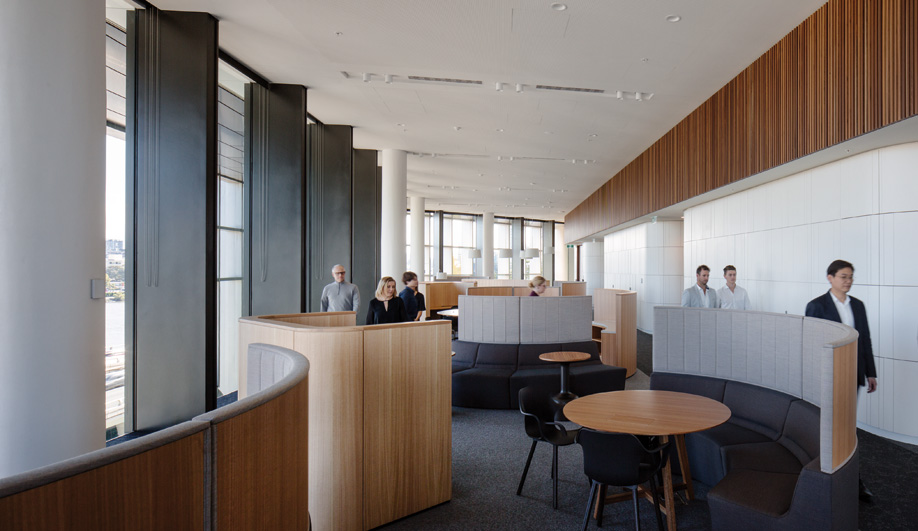 Work zones include café-style set-ups as well as private offices. 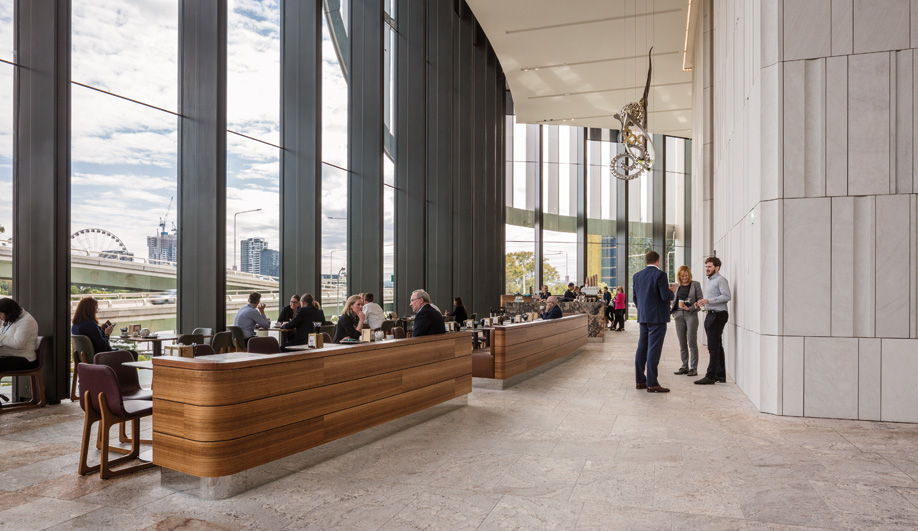 Being a government building, the project was under scrutiny from the public and media, especially if things were perceived to be frivolous or unduly expensive. With an eye on longevity, the firm sourced products and materials that are highly durable, crafted in Australia or by companies with excellent practices (the workstations, for instance, were all made by local furniture-maker Schiavello). Quality aside, the project has much to brag about, having earned the highest rating in Australia’s Green Star program for sustainable building practices.