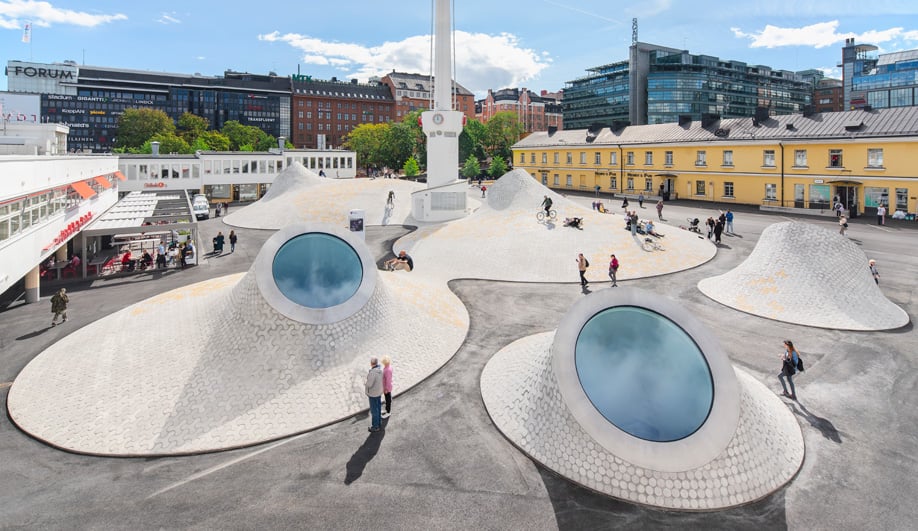 Resting on cast-in-place ring beams, the domes need no other support, enabling 2,200 square metres of column-free gallery space below. 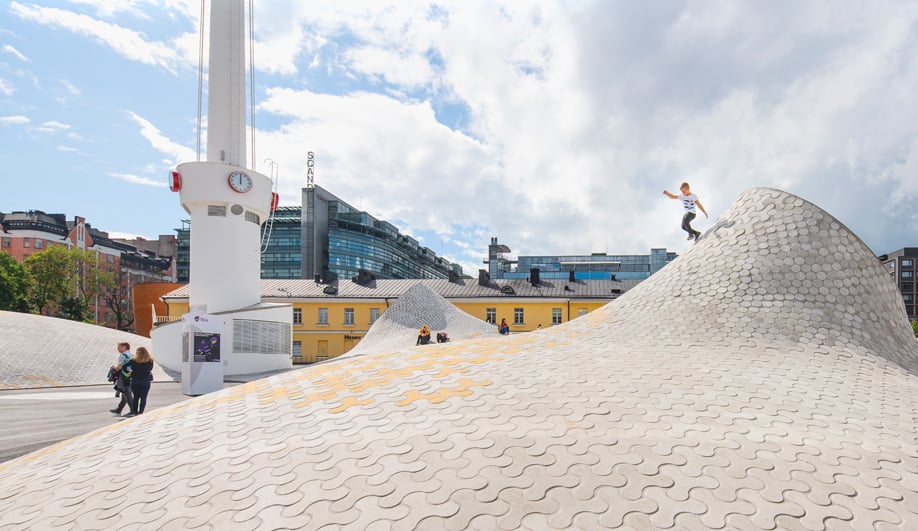 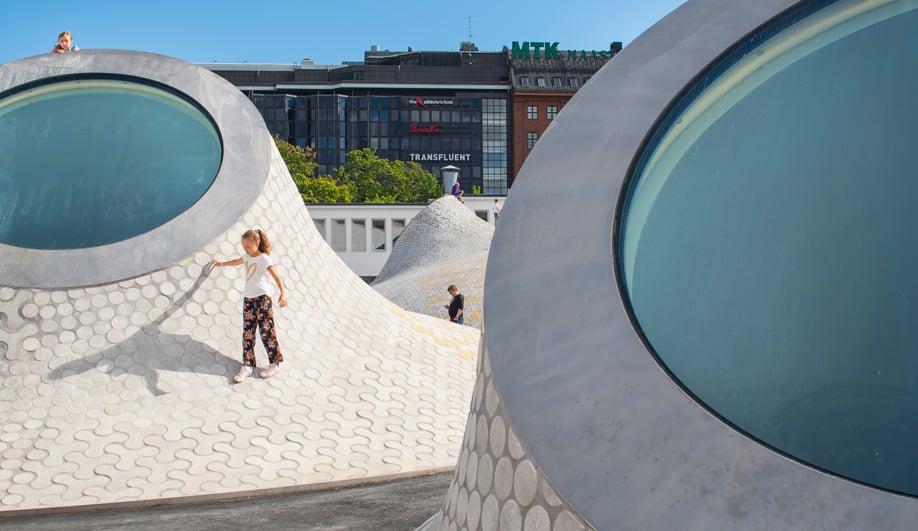 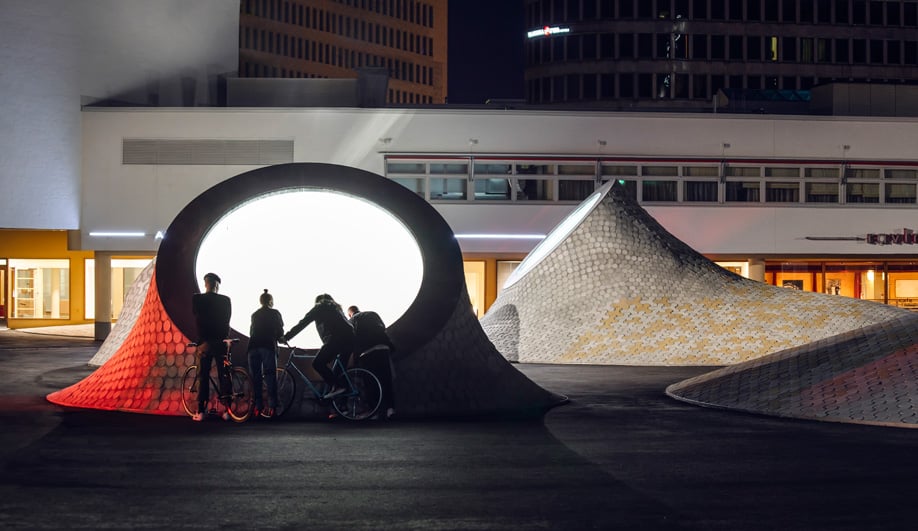 Helsinki’s newest art museum has made quite an impression on the city, but not necessarily on its skyline. All of the freshly built gallery space at Amos Rex, a reincarnation of the half-century-old Amos Anderson Art Museum, is located underground. When the trustees of the Amos Anderson decided to move to Lasipalatsi, a distinguished functionalist pavilion built in the 1930s, they inherited the adjacent listed plaza, a former military parade ground that had to remain an open public space. That meant that the architects enlisted for the reboot, Finnish practice JKMM, had few options but to situate much of the 6,230-square-metre museum below grade. A happy upshot is the resulting “roofscape,” a uniquely whimsical plaza that has become a civic hit and one of Azure‘s favourite ideas of 2018.

Each of the plazau2019s reinforced-concrete domes was cast in situ. The biggest is 9.45 metres tall and 32.4 metres in diameter.

The ring beams supporting the domes were post-tensioned in order to resist stress and mitigate cracking.

The undisputed stars of the new square are the alien-looking skylights that JKMM punched through the parade ground to bring light into the galleries below. Clad with concrete tiles, the sinuous domed light wells create a rolling topography that maintains the historic space’s integrity (and that kids love to crawl over). “By adding a bold new layer to Lasipalatsi,” says Asmo Jaaksi, a founding partner at JKMM and the project’s lead architect, “we feel we are connecting past with present.”

A white steel clock tower was preserved in the reconceived square. A listed site, the plaza had to stay open-air and public.
SHARE
Twitter, Facebook, LinkedIn, Pinterest, Email
TAGS
Cultural,
We rely on advertising revenue to support the creative content on our site. Please consider whitelisting our site in your settings, or pausing your adblocker while stopping by.