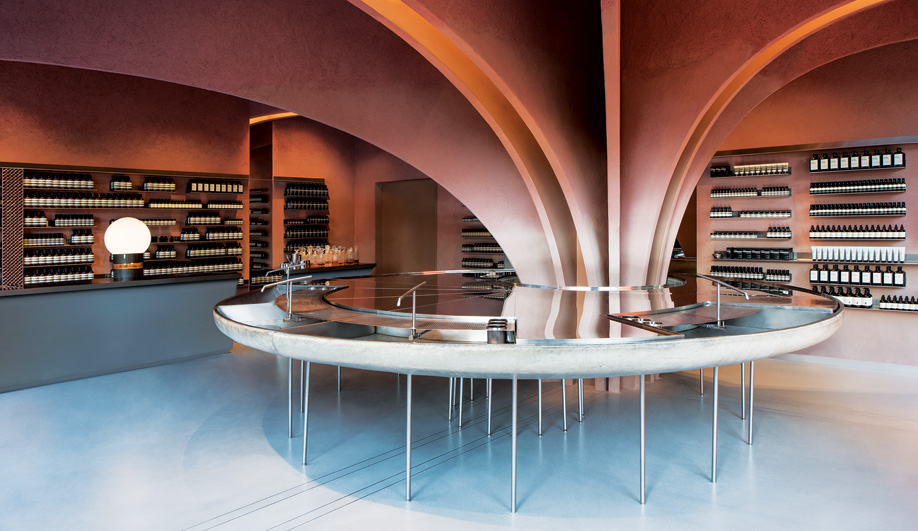 Located off King’s Road in London’s affluent Chelsea district, Duke of York Square was always going to attract top retailers. To entice prospective tenants even more, the developers who repurposed the Georgian-era plaza in the early 2000s offered a range of real estate options, from listed historic buildings to a former school gym with a vaulted ceiling and original arched windows.

Aesop, however, wanted more. When it set its sights on the square, the boutique Australian skin-care brand, known for its customized, experiential interiors, decided to push the envelope. To create what is now its largest shop in Great Britain, Aesop turned to Snøhetta, the Norwegian firm responsible for at least half a dozen of the chain’s global flagships. The lead architects, Peter Girgis and Gaute Simonsen, aimed for a “timeless” atmosphere that is “pure and honest.” 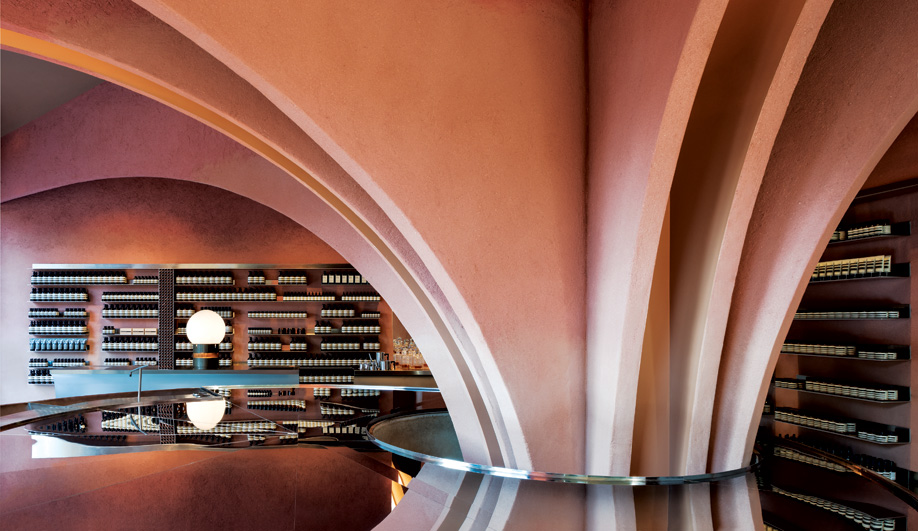 At Aesop’s largest store in Britain, a circular stainless-steel sink sits under a canopy of arches conceived by Snøhetta.

One of their first tasks: deciding what do with a challenging support column at the centre of the 108-square-metre space. Rather than ignore it, the project team chose to capitalize on the feature, making it a springboard for 12 flying buttresses that catapult toward the surrounding walls. The arches and walls were then coated with natural clay from Devon and Cornwall (native materials are another Aesop trademark). The clay gives the features a dusty rose tint that fades to a paler shade at the column’s base.

Encircling the column on an array of slender legs is a stainless-steel sink unit that is edged in fibreglass and boasts multiple shallow basins. In the evening, lights recessed in the arches above it project a warm pink glow to passers-by through floor-to-ceiling windows on two sides of the store. 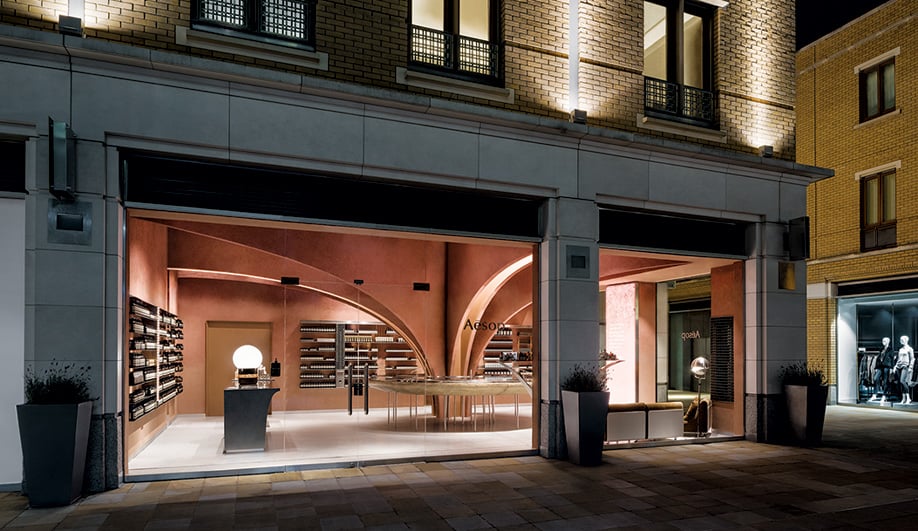 Given its historic setting, the new store could have stood out in all the wrong ways, but it looks like it has always been there – a point of pride for Girgis. The goal of both Aesop and Snøhetta, he said, is the creation of “meaningful places, no matter the scale.” Commission accomplished.