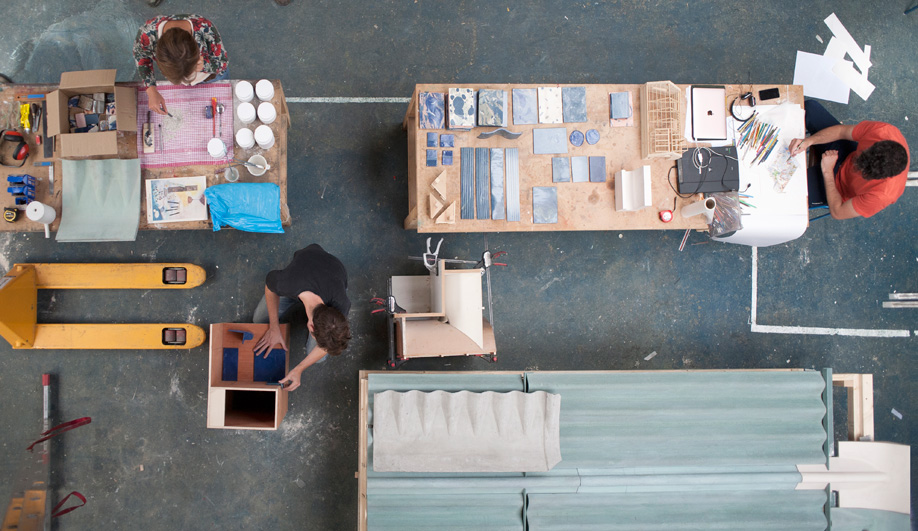 When Assemble won the Turner Prize in 2015, some artists carped about the U.K.’s top visual art award going to a group of architects. But the collective, best known for its low-cost, high-impact urban interventions, is hardly a typical practice. Started in 2011 by 18 twentysomethings with a range of backgrounds, it has been called “the future of progressive architecture” for its collaborative approach to its projects, the biggest of which – the Goldsmiths Centre for Contemporary Art – is set to open soon. Recently, members James Binning and Maria Lisogorskaya spoke to Azure about the sustainability of Assemble’s model, suggesting lessons for firms big and small.

JB: At Assemble, people understand the tasks they’re directly responsible for on a daily basis. There’s also a collective responsibility for the total output of the office. So, if Maria’s working on something, I’ll know what’s going on with that project, and I’ll be available to support it if she thinks that something I do could be useful.

ML: We have regular project reviews, where we select, say, four projects, then critique them as a group. Sometimes we have charrettes where we brainstorm ideas for a project. And we also cook lunch for each other every day.

2 Allow people and roles to evolve.

JB: Our structure continually adapts. In some ways, we work with each other differently than we did five years ago. But as the authors of the rules we all sign up for, we’re able to rewrite those rules as circumstances change.

JB: We already have many outside collaborators, such as engineers, who are part of our network.

ML: We would like to have new input at some point. It’s just a challenging thing to realize because relationships are important.

4 Embrace change (and do it faster).

JB: In many cases, the architecture industry is still using building technologies that the ancient Romans would recognize. We always find immense value in working with new people – such as technical people and members of the public – who are inclined to question our presumptions.

ML: A few people at Assemble are interested in scaling up. The question is, How do you build on a large scale and still have hands-on input? For the Goldsmiths art gallery [a new, 1,000-square-metre facility incorporating a repurposed Victorian bathhouse and adjoining water tanks], we decided to focus on a single element: the facade. It’s made of corrugated concrete roof sheets, which we turned vertically and stained, so that it looks like copper. We were aiming for impact, and not spreading ourselves across everything. The rest – mechanical, plumbing – was delivered more traditionally. That’s how we’d potentially handle something like a skyscraper, too.