10 Standout Ideas by Up-and-Coming Designers
The Pure Talents Contest for up-and-coming designers is an annual highlight of imm Cologne, Germany's residential furniture fair. Back from the show, David Dick-Agnew picks the best ideas by the young designers who wowed him most. 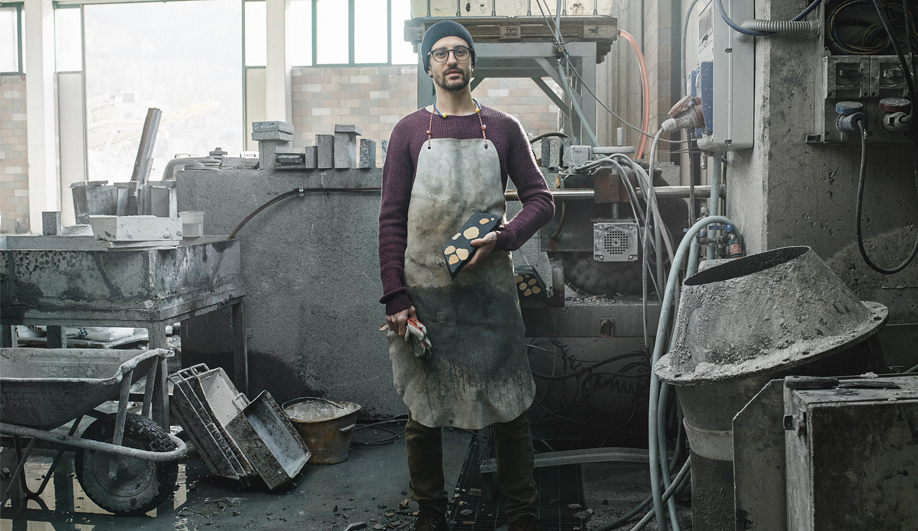 The competition’s just-wrapped 14th edition brings the tally of young designers featured over the years to nearly 500 — an impressive list that includes such familiar names as Sebastian Herkner, Benjamin Hubert, Max Lamb and Studio Formafantasma. Here are a few standout concepts from this year’s lineup of 21 original pieces of furniture, lighting and accessories by up-and-coming designers. 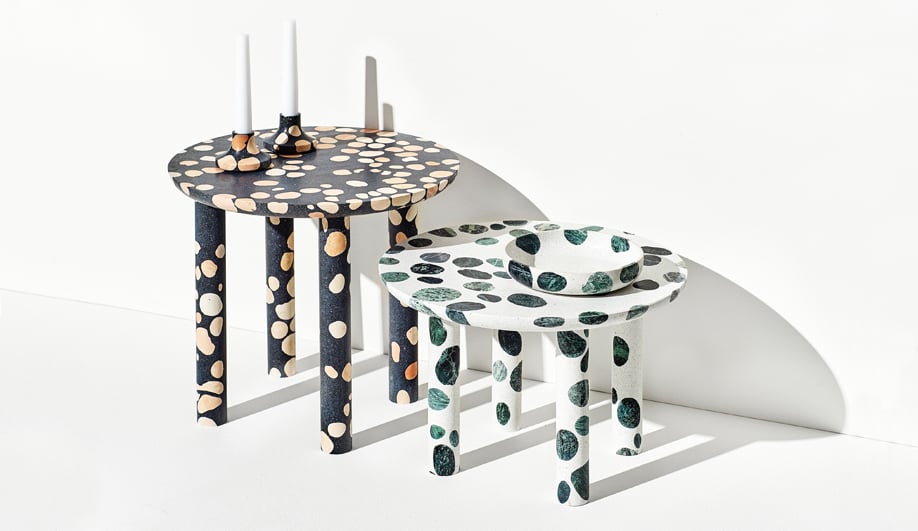 Collecta by Alberto Bellamoli
Alberto Bellamoli looked to terrazzo — a traditional material of his native Italy — to inform Collecta, which comprises two side tables, four bowls and four candle holders. But while the marble composite is ancient, Bellamoli infused it with contemporary flair: rather than the usual flooring, he shaped terrazzo into soft curves that give each piece a clean yet friendly look. 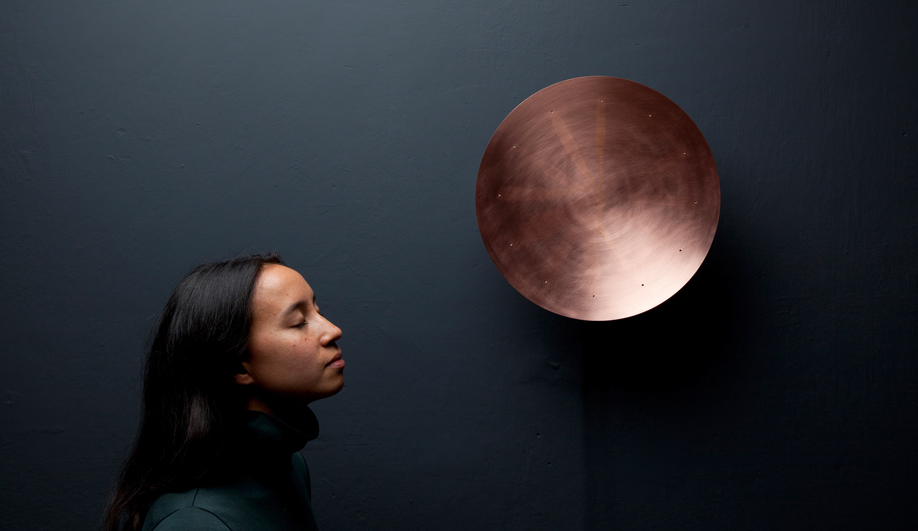 Es liegt was in der Luft by Patrick Palcic
With a name as evocative as “Es liegt was in der Luft” (which translates to “There’s something in the air”), you’d have to expect Patrick Palcic’s timepiece to be a bit different. Instead of hands, the gently rounded copper dish has 12 small perforations; each hour, a trickle of essential oil drips onto the warmed copper surface, releasing its fragrance. By filling the “olfactory clock” with 12 different aromas, it’s possible to identify the passing hours using scent alone. 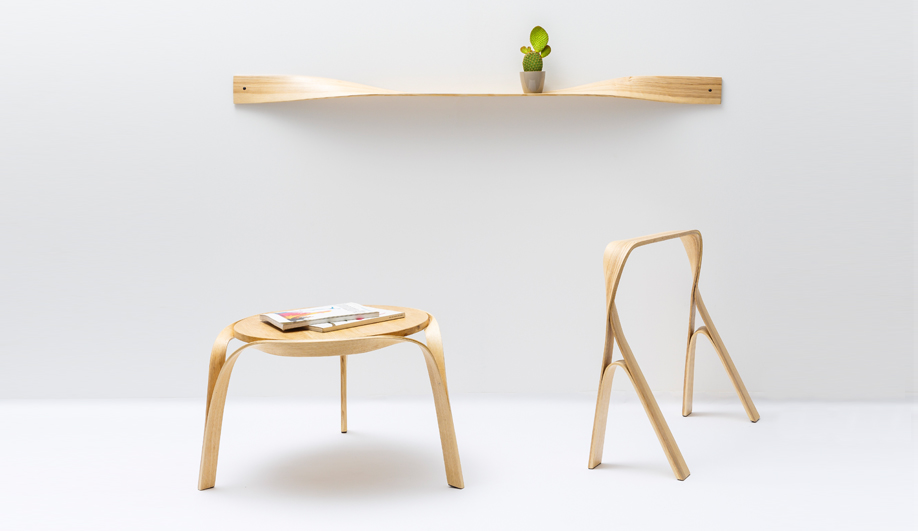 Steam Bending Furnitures by Bar Gantz
With no workshops practising steam-bending in her home country of Israel, designer Bar Gantz chose to strike out on her own to explore the limitations and possibilities of the technique. The result is a collection of three pieces — shelf, side table and stool — that puts the sinuous curves produced by steam bending wood front and centre. 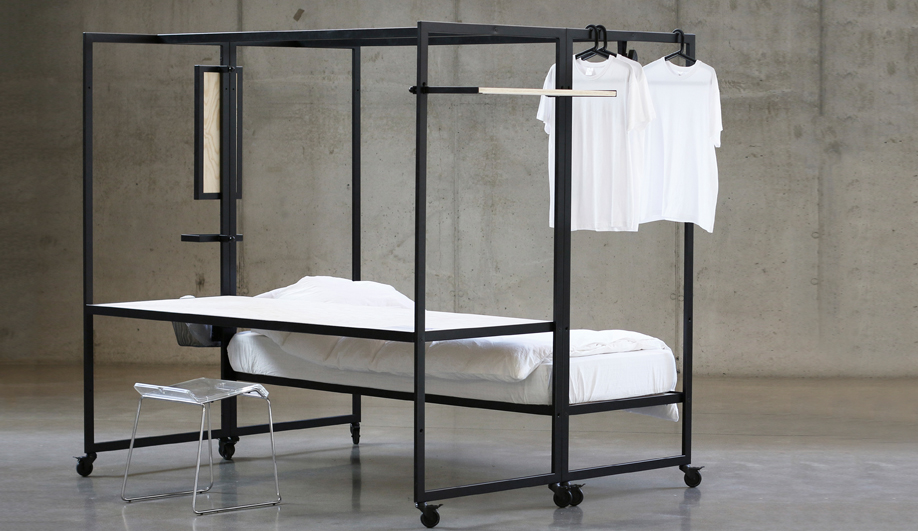 Flexit by Pieter Peulen
Belgian designer Pieter Peulen came up with the idea for Flexit — an adaptable design based on steel frames — while living in a university dorm. The horizontal frame can be adjusted to three levels to serve as a desk, bed or bunk bed. By combining multiple frames in different ways, it’s possible to generate endless configurations and bring added functionality to tight spaces. 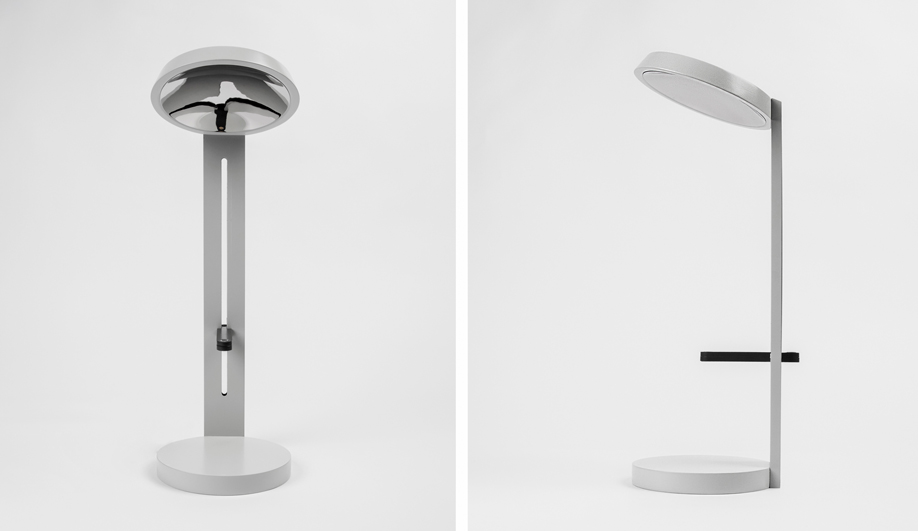 Focus by Susanne Tesche
While at first glance, Focus’s form factor resembles that of other desk lamps, it’s actually an unusual inversion of form. Here, the top of the lamp holds only a mirrored concave surface; the light is emitted from a small upward-pointing LED that slides up and down the length of the stand, changing the direction and concentration of the reflected illumination. 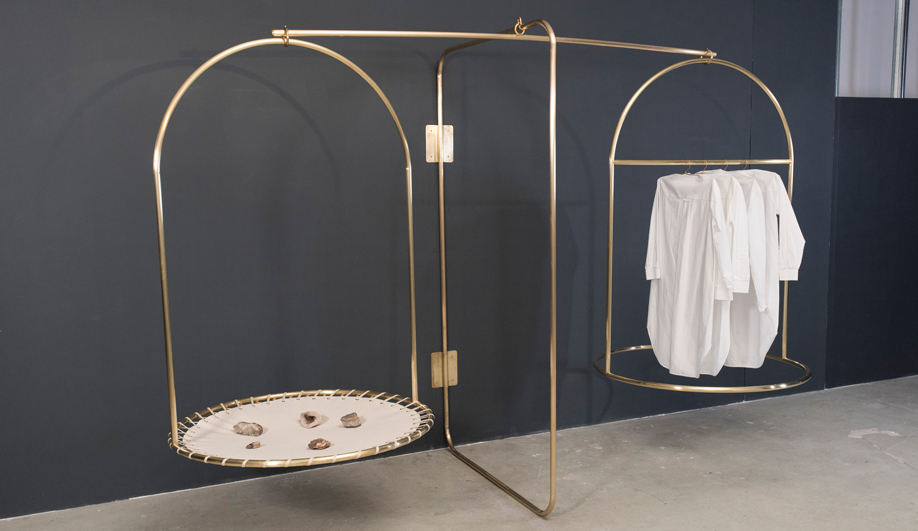 Goldwaage by Vera Aldejohann
Part retail display, part sculpture, Vera Aldejohann’s Goldwaage (literally “gold scale”) uses the form of an oversized mechanical balance to elevate clothing to the status of jewels. Assembled from brushed copper tubing, the display encourages users to find equilibrium by adding or subtracting counterweights — like the geodes used here — to the weighing pan opposite the garment rack as items are removed or replaced. 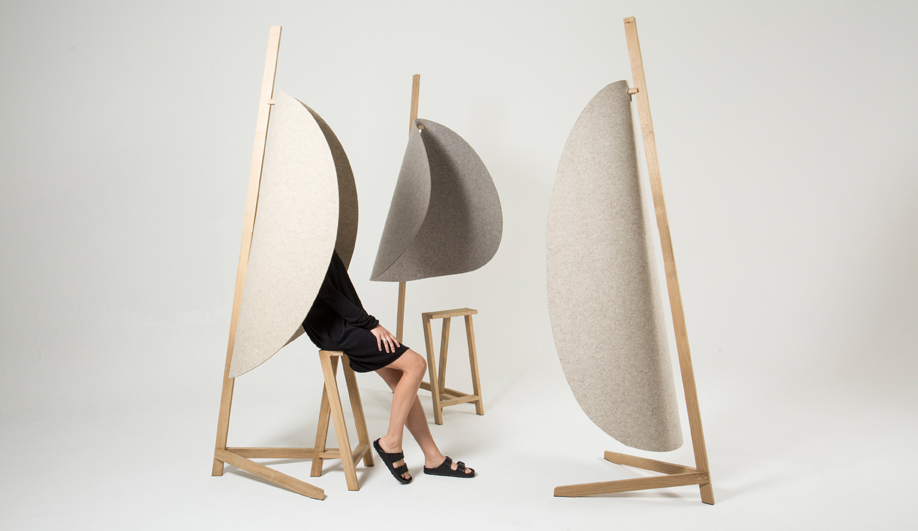 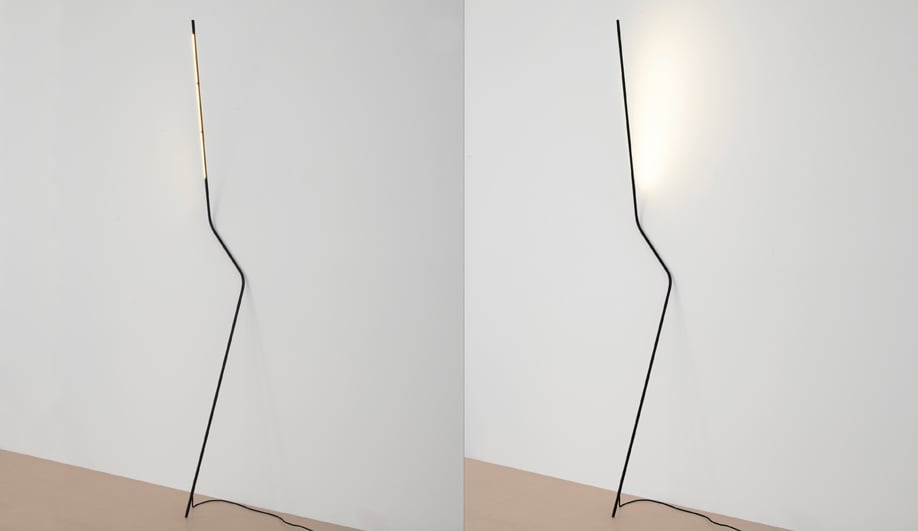 Neo by Bernhard Osann
The winner of 2017’s Pure Talents Contest, Bernhard Osann’s ultra-minimal Neo floor lamp is little more than a crooked black line. But the kinks in Neo’s trajectory are not random; the two bends are strategically placed so that the lamp finds a stable resting point. Simple though it may appear, Neo includes a few slick moves: the points where the lamp rests against the wall and floor are made of grippy silicone, and the embedded LEDs — cooled by hidden vents — can be positioned to face directly into the room, or toward the wall for diffused reflected light. 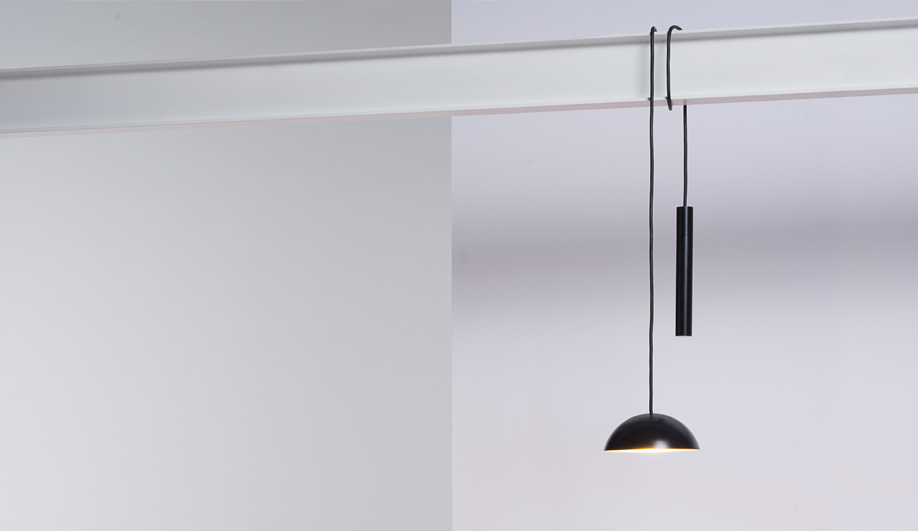 Pong by Simon Diener
Pong’s spun copper shade, powder-coated black on the outside, is left raw on the inside to cast a warm golden light. But what makes Pong really unusual is its battery pack: combined with an extra-long cord, it allows the pendant to be slung over rafters or tree branches to bring up to 10 hours of stylish illumination to even the most remote gathering.
SHARE
Twitter, Facebook, LinkedIn, Pinterest, Email
TAGS
Furniture, Lighting, Personalities, Product Design,
We rely on advertising revenue to support the creative content on our site. Please consider whitelisting our site in your settings, or pausing your adblocker while stopping by.