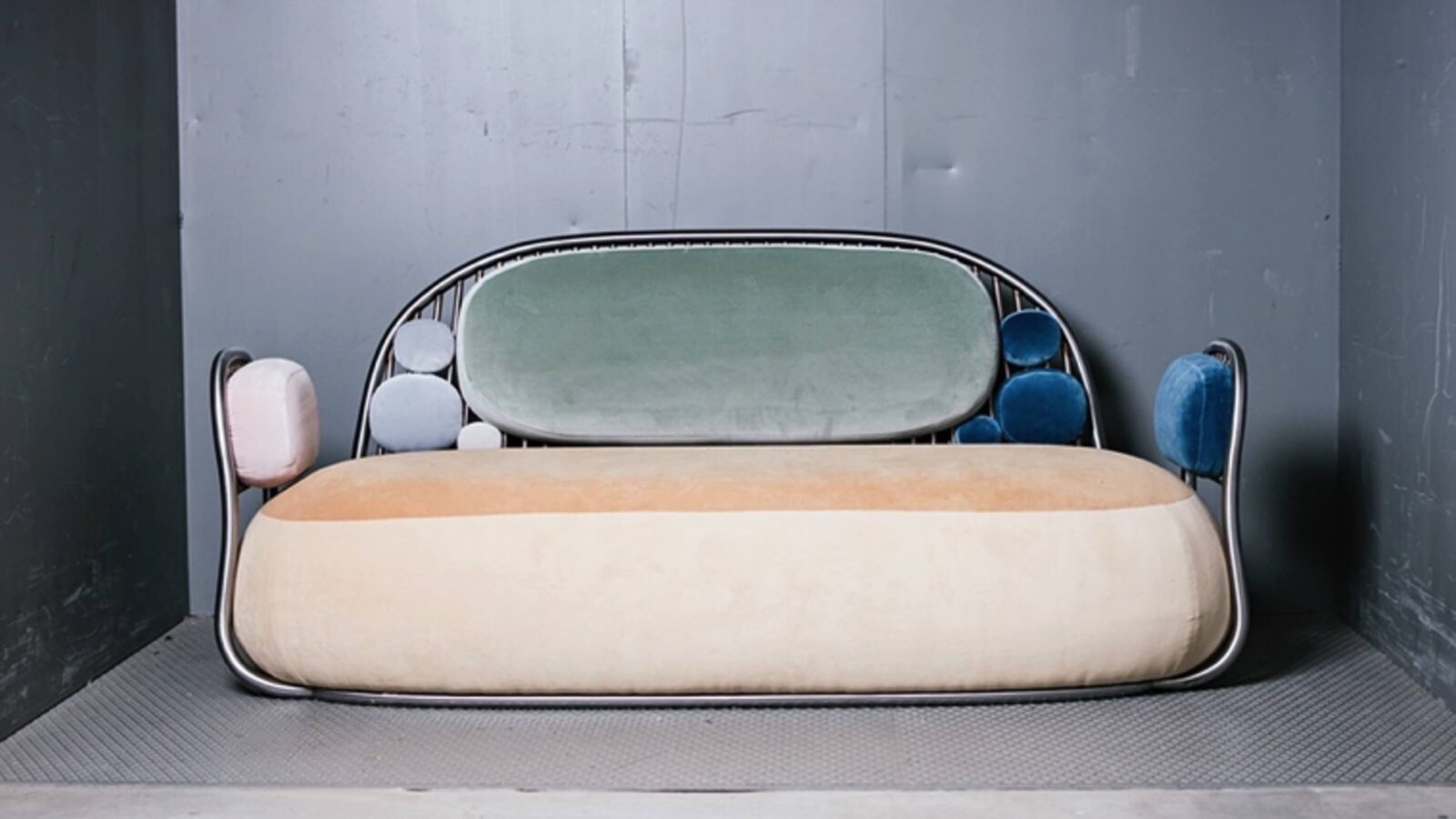 Judging by what Sé, De Castelli, Moroso, Seletti and others have planned, there will be a burst of vibrant colour and luxurious finishes at the Salone and beyond.

With Milan Design Week just around the corner, we’re taking a look at the furniture announcements we’ve received so far. What’s clear so far: there will be a burst of vibrant colour and luxurious finishes at the Salone del Mobile and beyond. Here are 10 new collections making their debuts. 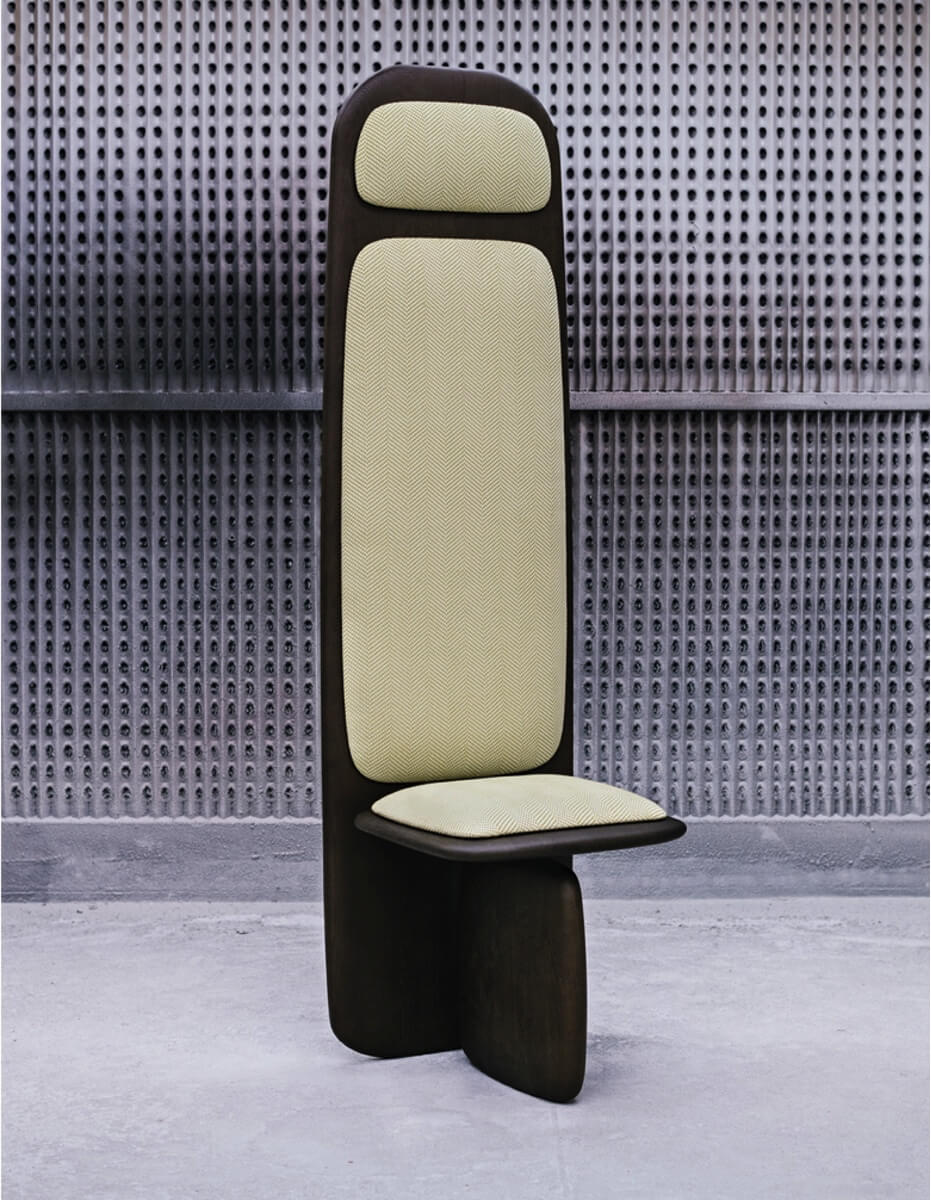 We have a deep appreciation for Ini Archibong’s embrace of soft, rounded forms and luxurious upholstery. The California-raised, Switzerland-based designer will return to the place where his career made a major leap last year – the Rossana Orlandi Gallery – to debut an extension to his Collection IV: Below the Heavens for the London-headquartered manufacturer Sé. Among the new additions are the Circe sofa, with its brass frame and velvet-upholstered seat, back and side cushions (top of article), and the majestic Atlas Dining Chair (above). 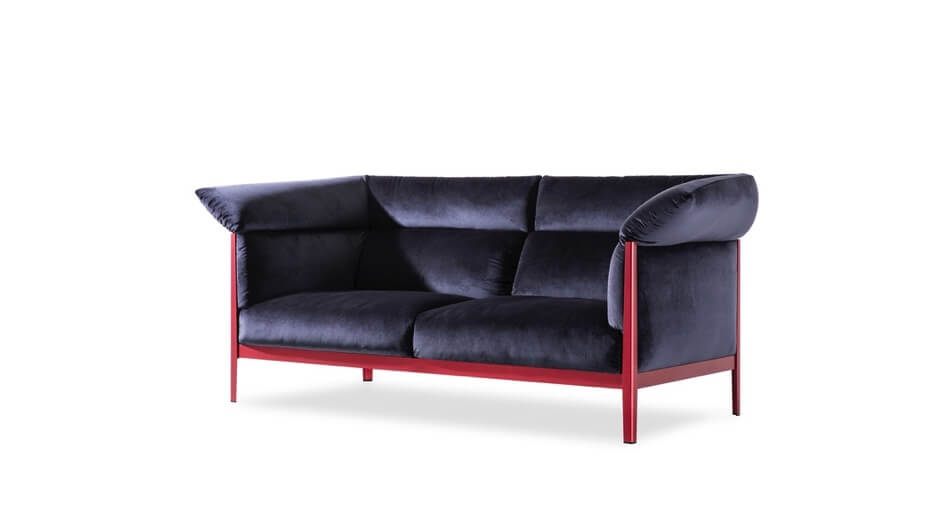 Brothers Ronan and Erwan Bouroullec, who recently completed a series of fountains along Paris’s Champs Elysées, display their multidisciplinary prowess with the addition of an elegant and vibrant number to Cassina’s collection for Milan. The Cotone sofa features an extruded aluminum frame that comes in four colours: grey-blue, red, champagne and graphite. Its welcoming and generously padded cushions can be upholstered in fabric, leather or velvet – which seems to be on trend this year. 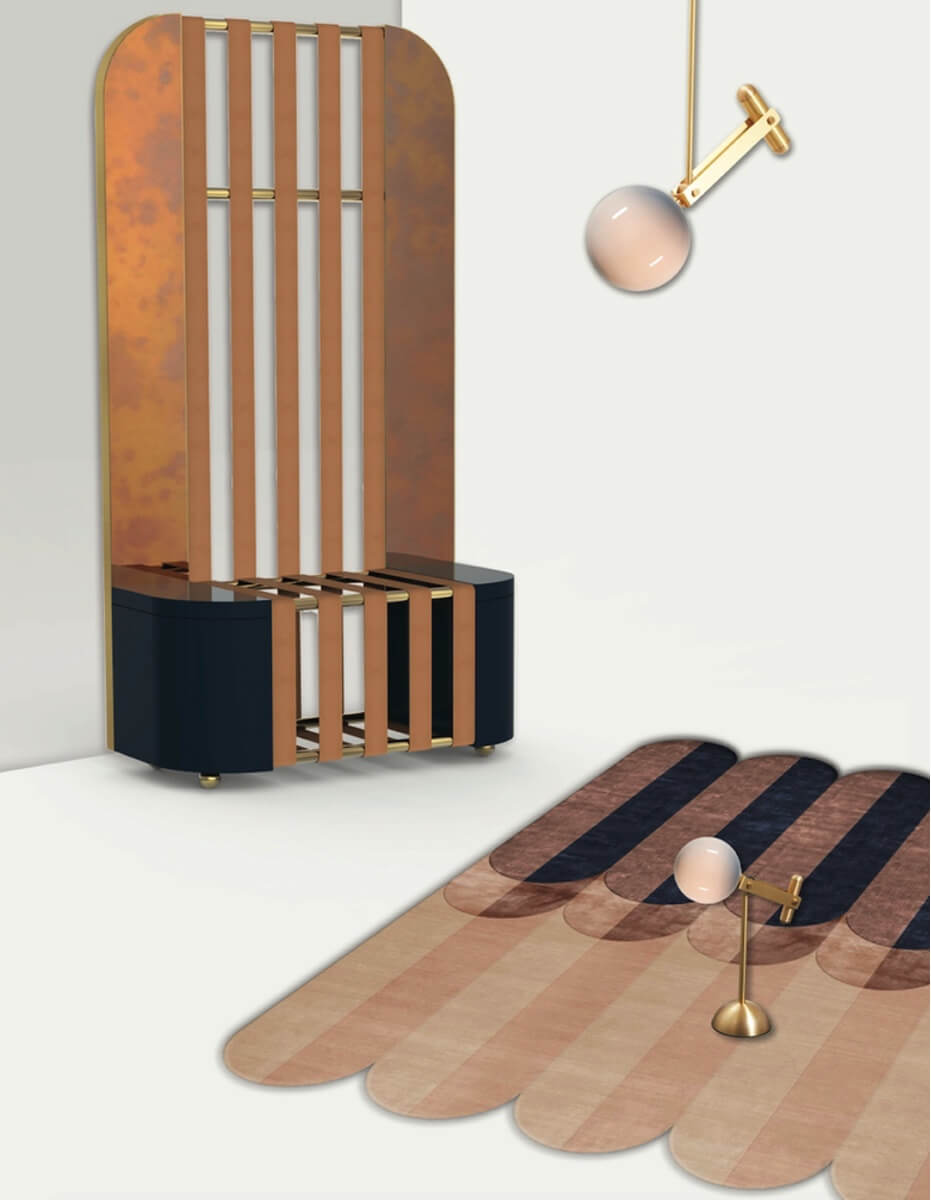 Cristina Celestino is an up and coming Italian architect and interior designer with a predilection for mixing contrasting materials and patterns in an opulent yet modern way. Along with a new collection of wall tiles she’s debuting for CEDIT, she will also contribute an entire collection to Fendi Casa. “Back Home,” a curated installation of her designs produced by Luxury Living Group, celebrates Fendi’s iconic striped motif Pequin and will feature armchairs, sofas, mirrors, lamps and cabinets – all with an Art Deco vibe. 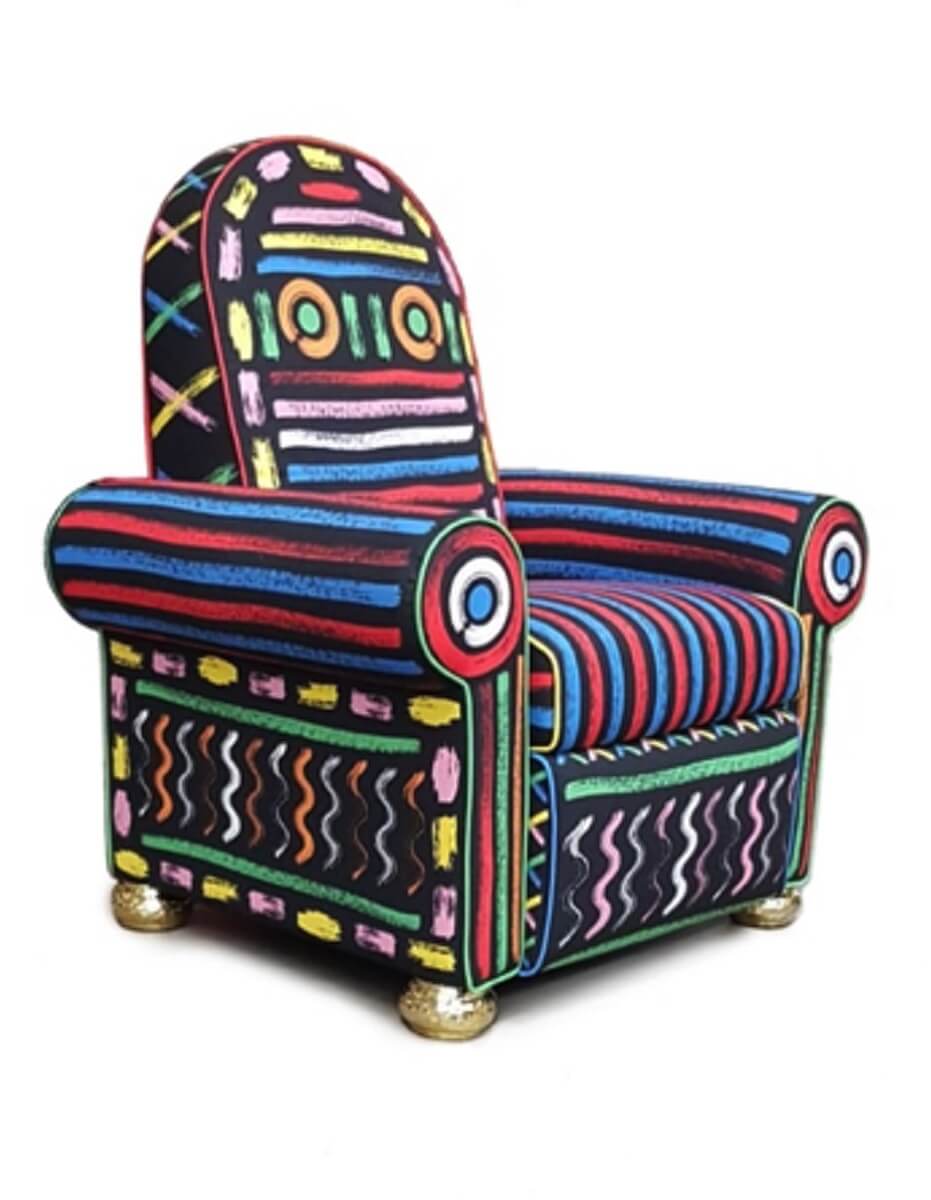 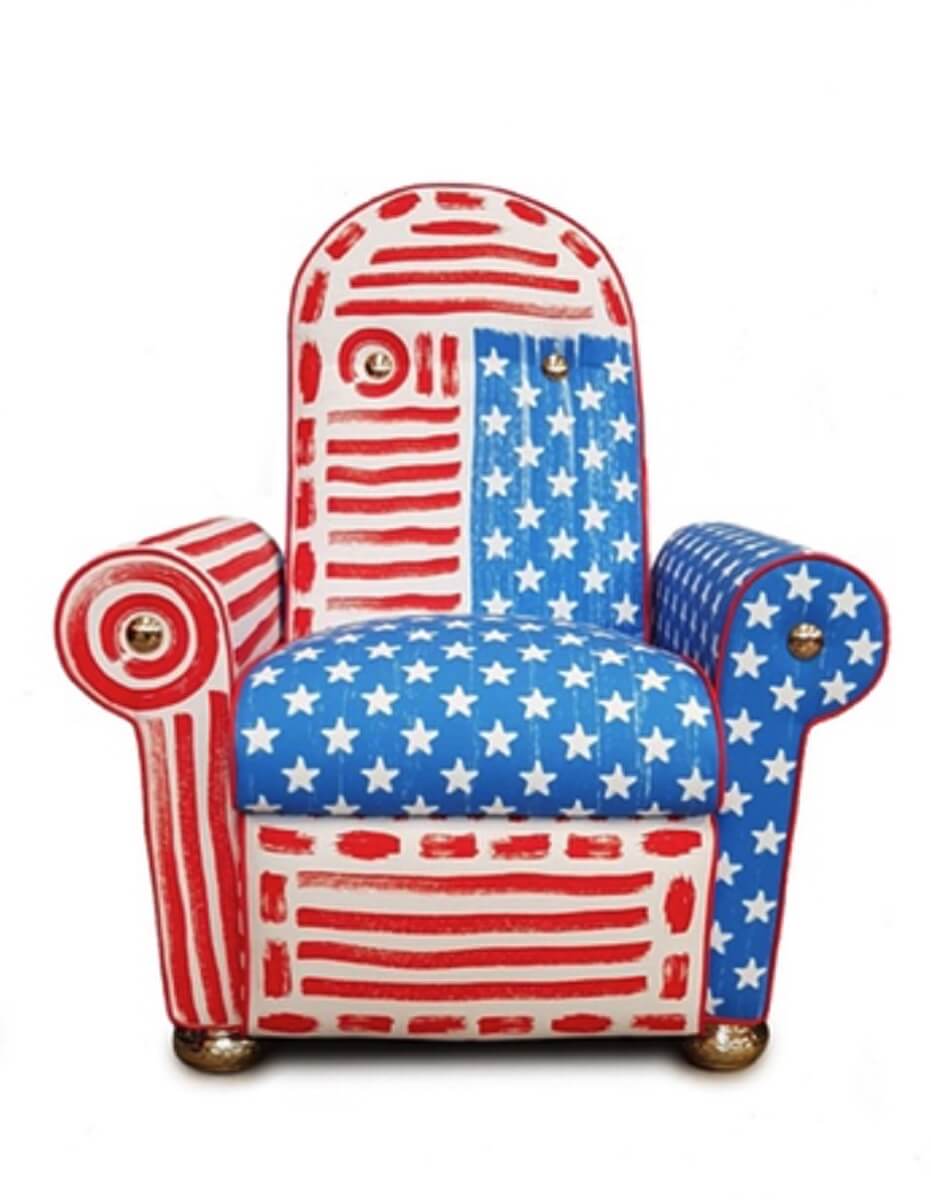 Studio Job, the irascible tricksters of Dutch design, are as prolific as ever on the year that marks their 20th anniversary. They’re doing Bronze = Plastic, a boundary-pushing, sculptural series of light objects for the “RE- PLASTIC MASTERS” exhibition curated by Rossana Orlandi at the Museo Nazionale Scienza e Tecnologia “Leonardo da Vinci”; House of Job, their first permanent studio and gallery space in Porta Venezia in Milan; and a collaboration with Qeeboo consisting of massive plastic sculptures made to look like ancient, oxidized bronze relics. They are also introducing a number of furniture lines for brands including Moooi, Alessi and Lensvelt.

Now, after much deliberation, let’s take a look at the studio’s pieces for frequent collaborator Seletti. Exemplifying Job Smeets’ refreshingly preserved subversive bent, the Blow collection revives the “uber-kitsch” Lazy Chair in two paint-stroke upholstery fabrics: one inspired by Memphis (The Lazy Painter), the other by the American flag (The Lazy President). Only Studio Job could get away with it. 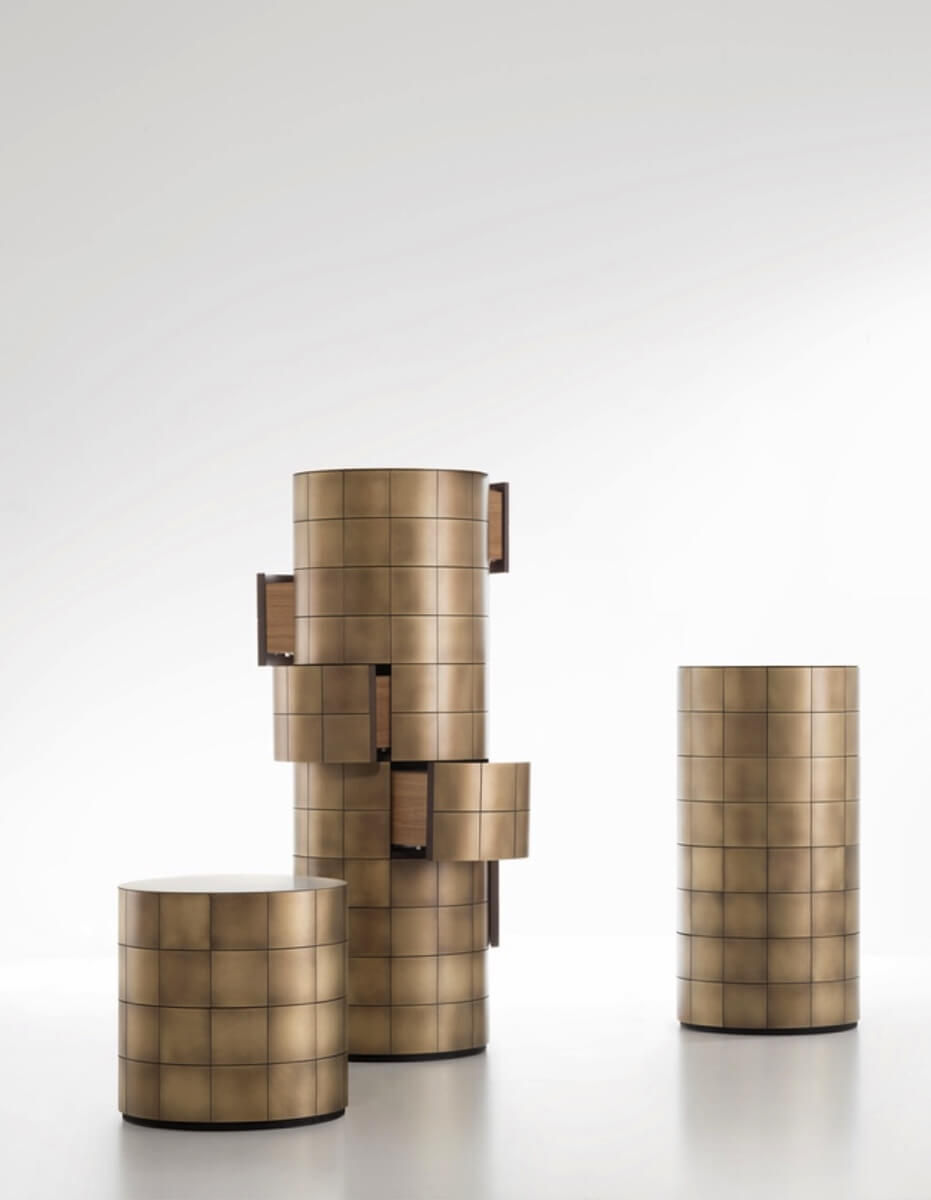 The trend towards products with a high sheen continues in De Castelli’s Pandora collection of drawer units, with its hidden drawers opening in multiple directions. The cylindrical tower comes in versions accommodating from one to six drawers. It can be used as a table (with storage), a bedside table or full chest of drawers, and it can be positioned in any space: living area, bedroom or bathroom. We like its dignified mien. 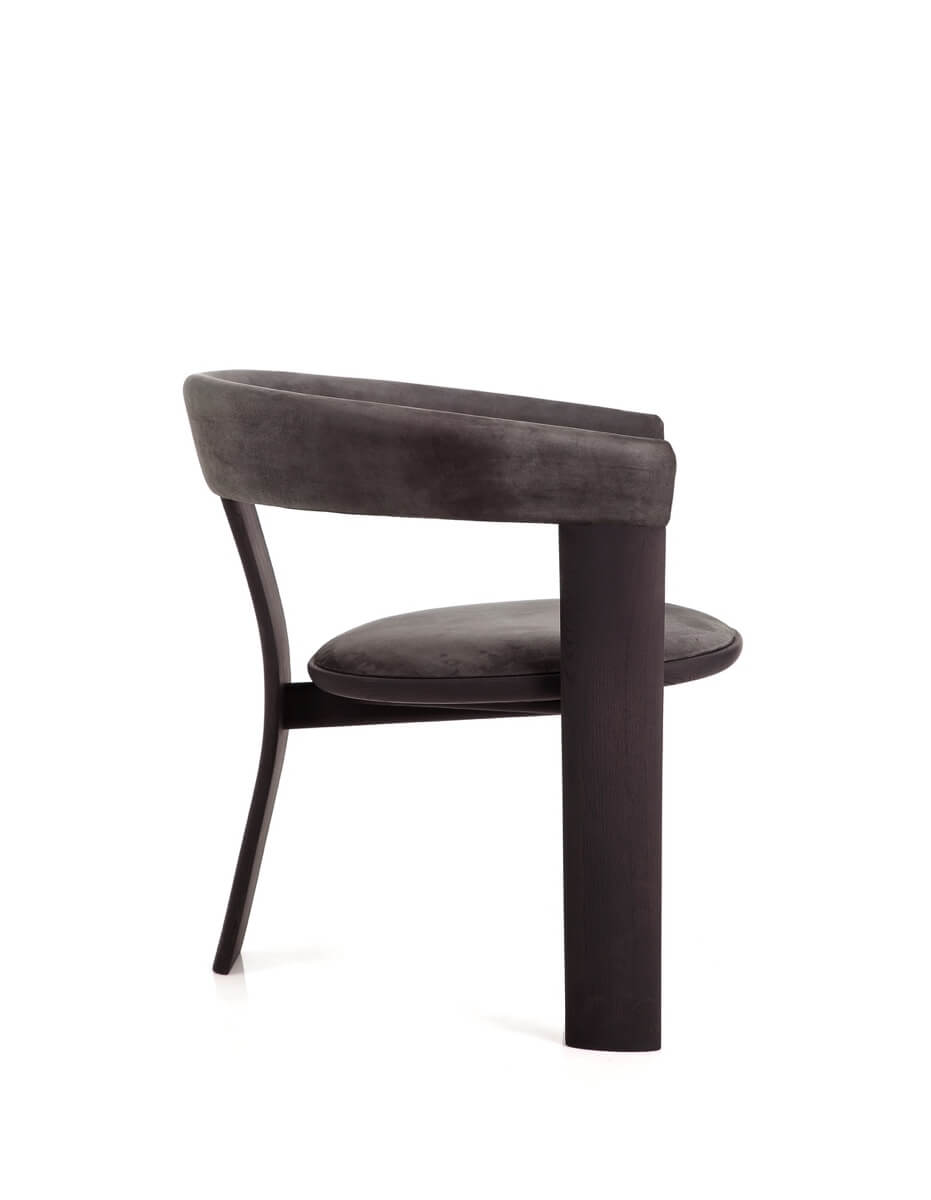 Yabu Pushelberg’s Noce (Italian for walnut) is a well-crafted dining seat characterized by its set of three elongated wooden legs, which support the gently rounded back and armrest. It comes in a selection of wood finishes and is upholstered in nubuck leather, in such tones as honey, taupe, nude and charcoal. 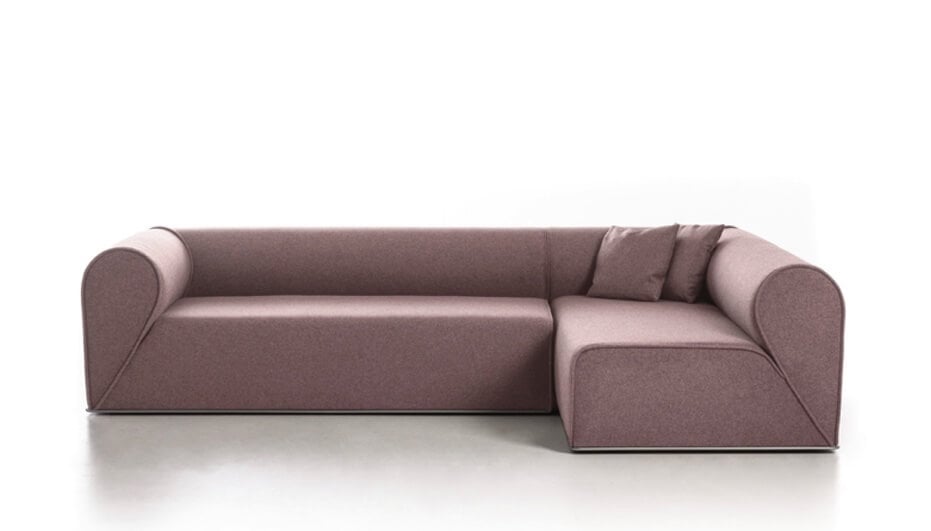 Danish designer Johannes Torpe teamed up with Italian manufacturer Moroso on Heartbreaker. Boasting a metal base and thick, long-wearing upholstery, the sofa was initially meant for hospitality projects. But its round, pleasing form – including backrests with a side profile that recall two heart halves – makes it just as well-suited to the home. 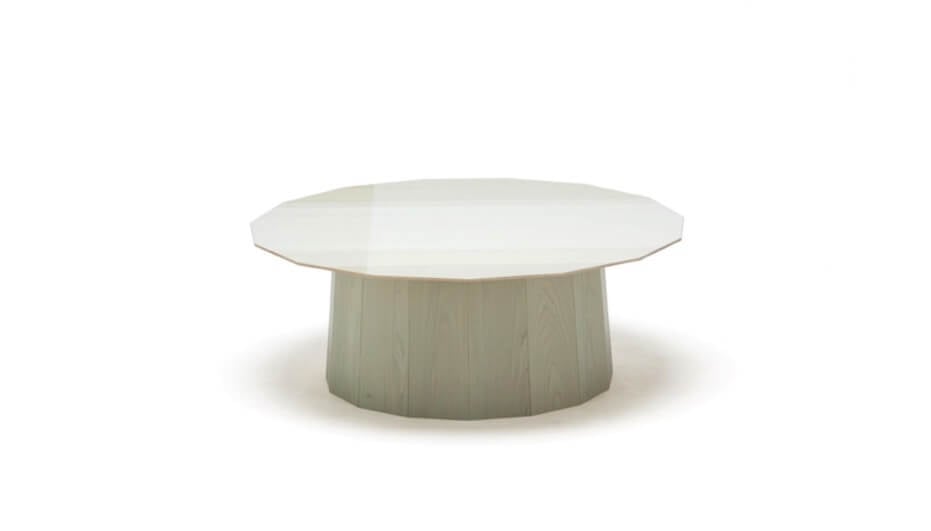 Karimoku New Standard is a 10-year-old Japanese brand working with an array of celebrated designers. Among them is the Dutch duo, and masters of colour, Scholten & Baijings, who have created a number of new pieces for the manufacturer, including the 14-sided Colour Wood dining table. It has a barrel-shaped base and a thin top with a transparent, tablecloth-reminiscent pattern printed directly onto the wood. Made from Japanese oak and chestnut, the piece comes in sizes that seat two to four and four to six people. 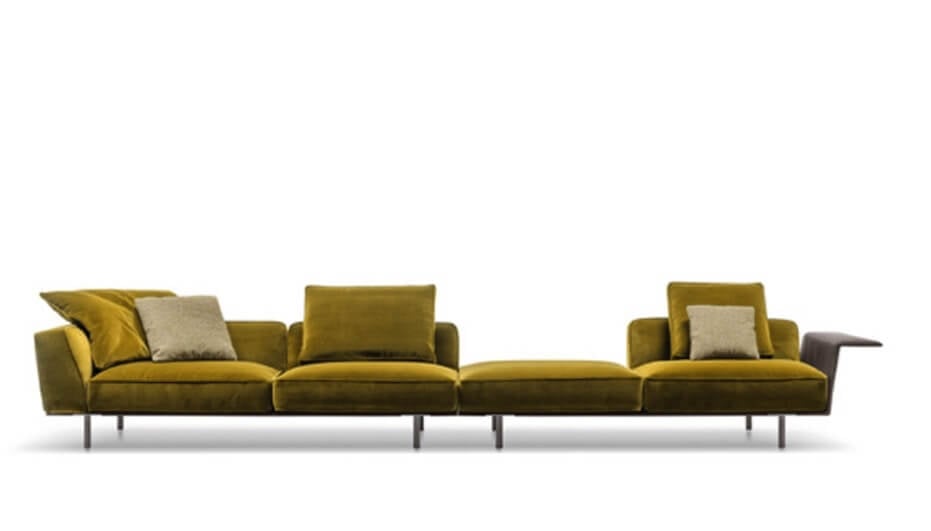 Okay, velvet is definitely a thing. Gregor, a new sofa by the Belgian designer Vincent Van Duysen for Molteni & C, is a modular system that includes straight, corner and peninsular units that mix and match. With a steel base and dainty feet, the sofa features wing-shaped armrests and large backrest cushions that are plush yet elegant.

10
Stellar Works and everyone 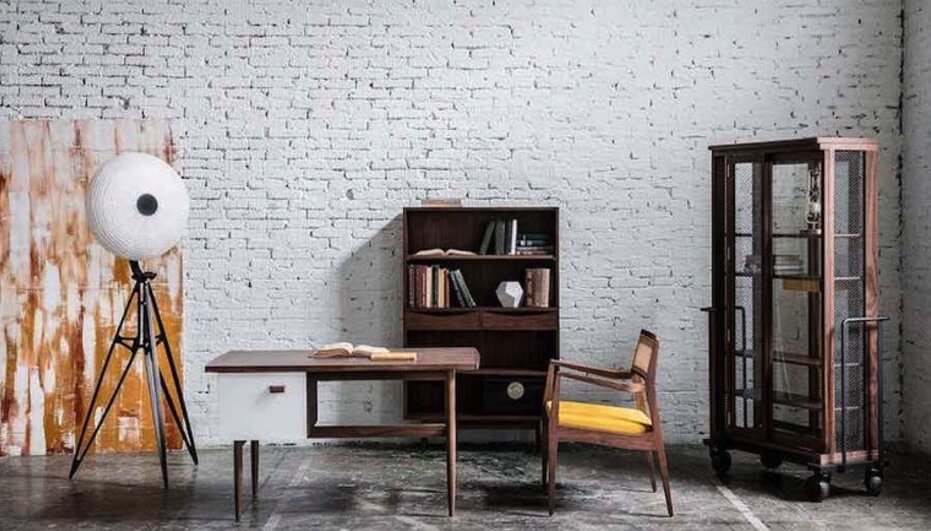 In case you missed it, we recently featured Stellar Works’ Milan collection – created with a range of collaborators – in all its glory. See it here.

Judging by what Sé, De Castelli, Moroso, Seletti and others have planned, there will be a burst of vibrant colour and luxurious finishes at the Salone and beyond.