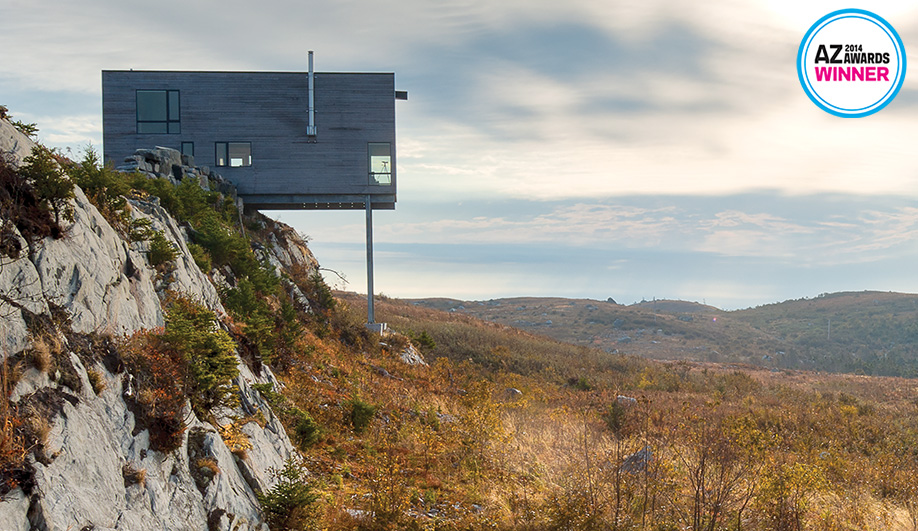 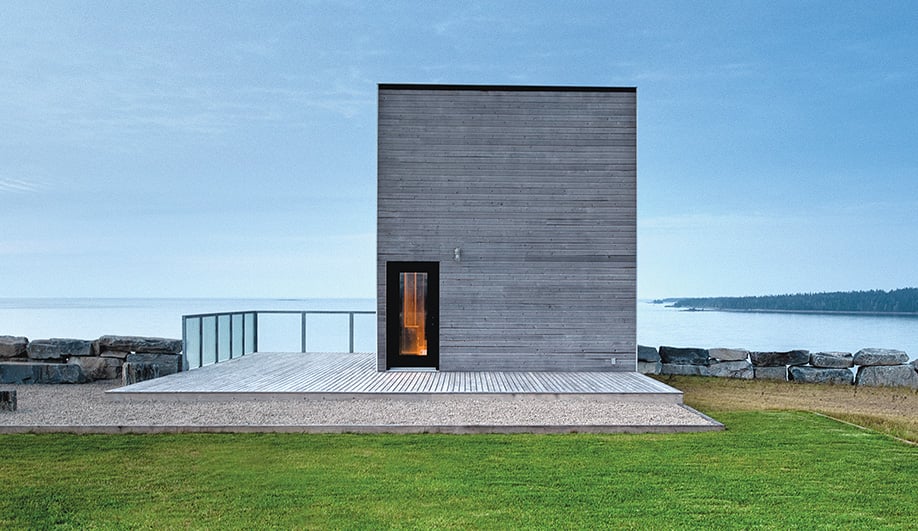 “Monumental modesty” is how Brian MacKay-Lyons describes Cliff House. Expressing a drama utterly suited to its breathtaking surroundings, the house is the first in a series of projects to be built on a privately owned property on the Atlantic coast. Measuring just 89 square metres, it is a triumph in every aspect – a stunningly compact building crafted using a frugal palette of glass, wood, aluminum and steel, and realized without breaking the bank.

The skeleton forms the primary boxy volume, which sits on a galvanized superstructure anchored to bedrock, the engineering of which enables the house to rest two-thirds of its mass above solid ground. Inside, a conventional framing system is left exposed, to the point of almost being ignored; after all, it is the panoramic views, visible from three sides of the great room, that the house intends to exploit. Beyond this central space, kept warm by a wood-burning stove, there is a compact service core with an open kitchen and a bathroom, a sleeping perch above and not much more.

For those who have sat in the great room, vertigo constitutes a part of the experience. Toronto writer Larry Gaudet, who first wrote about Cliff House for Azure in 2012, noted, “It’s as if it has slipped from its foundation and is about to topple forward.…You’re both drawn to the windows and repelled by them. You have entered the guts of the thing, and it’s only after you settle down, after your heartbeat normalizes, that you say, now this is amazing.”

About the firm: The East Coast firm has earned an international reputation for its contemporary approach to traditional materials, and to characteristic Maritime architecture. MLS has earned over 100 awards since principal Brian MacKay-Lyons founded the studio in 1984. mlsarchitects.ca

What the jury said: “For such a small project, Cliff House has impressive grandness. The entrance is a simple abstract box, and then inside you are hit with a rich topography of rock.” – Patricia Patkau, juror