2016 AZ Awards of Merit: Unbuilt Concepts and Prototypes
These unbuilt concepts and prototypes won over the AZ Awards jury and readers with their ingenuity and originality. 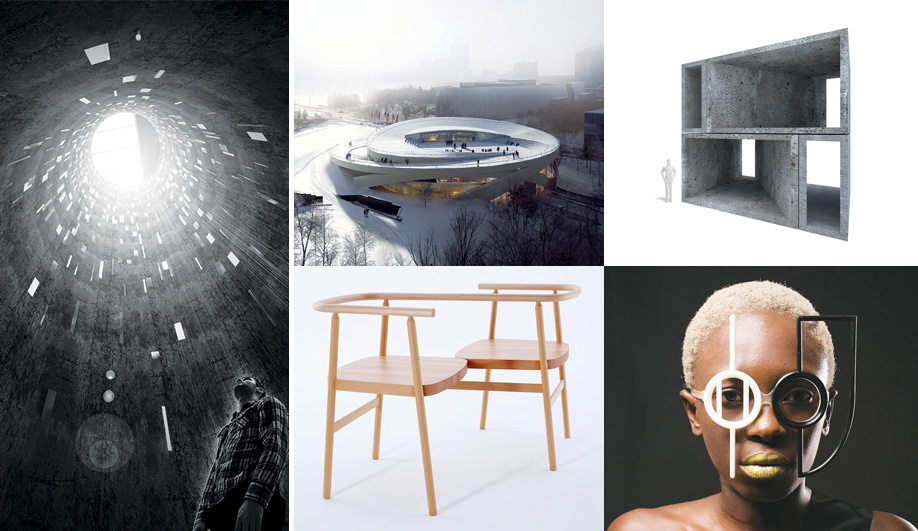 The following five projects are Awards of Merit winners in the categories of Unbuilt Concepts and Prototypes. 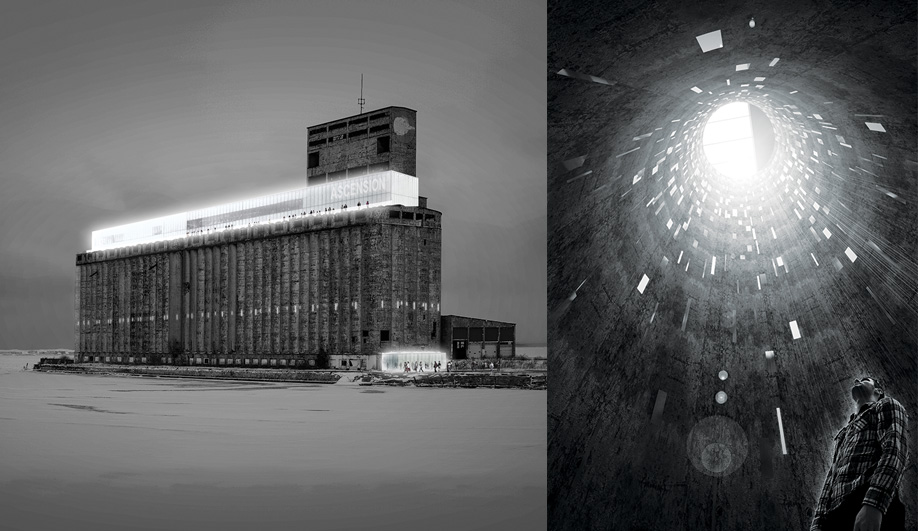 Hotel Ascension
This inn and artists’ retreat is proposed for an unlikely spot: a former grain silo on the Buffalo River. To create livable suites in the elongated cylindrical forms, Ludovico Centis and Jin Young Song came up with a scheme of prefabricated steel modules that can be lowered into the towers using cranes. To turn the post-industrial structure into a beacon for the local arts community, the facade will be enlivened by exterior lighting, and the interior will include a restaurant, a library and a lookout point, proclaiming that even a seemingly antiquated building can enjoy a triumphant second life. 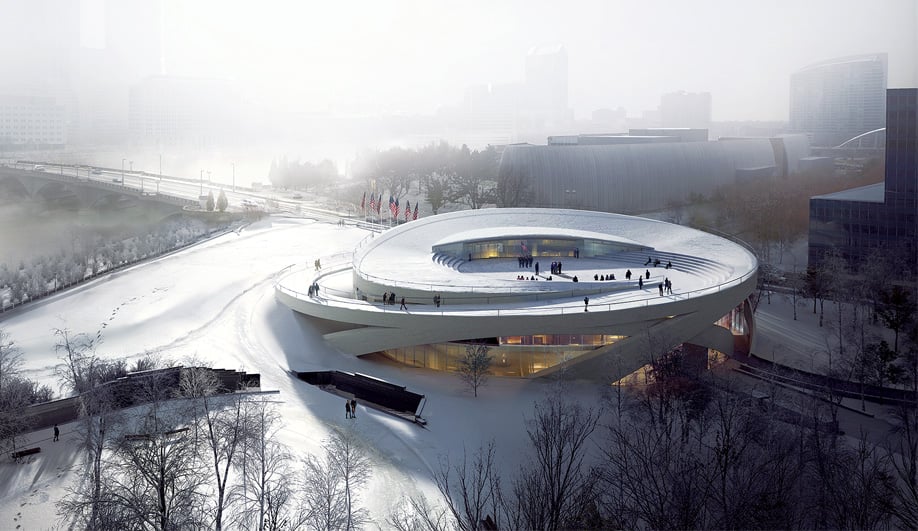 Ohio Veterans Memorial and Museum
When it opens in 2017, the memorial by Allied Works Architecture will appear to rise from the parkland of the Scioto Peninsula in Columbus, Ohio. The site will include a café, gallery spaces and a two-storey cyclorama outlining the history of military service in the state. But the centrepiece will be the circular rooftop sanctuary, three storeys above ground, where rings of thick concrete will both uphold the structure and envelop it like ribbons on a package. Although the project commemorates a history of turmoil, the architecture tells a story of cohesion and mutual support. 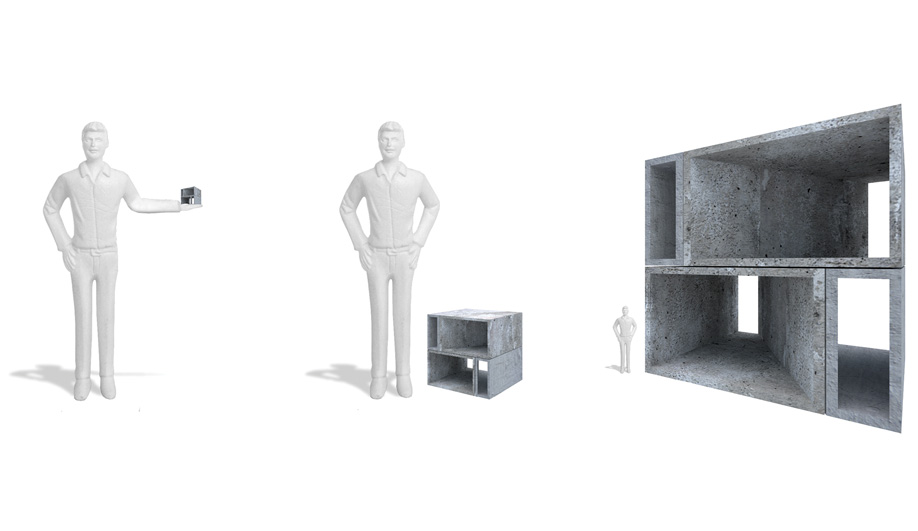 Not To Scale
The central concept is a single block, a hollow, three-dimensional concrete trapezoid that forms exactly one-quarter of a cube. This shape is as versatile as it is simple. By scaling, rotating, combining and arranging these conceptual building blocks, it’s possible to create a seemingly infinite number of structures: a stool from one piece, a chaise from four, or a wall from 50. But why stop there? The designers at Levenbetts are using the form on an architectural scale to construct an entire house in upstate New York. 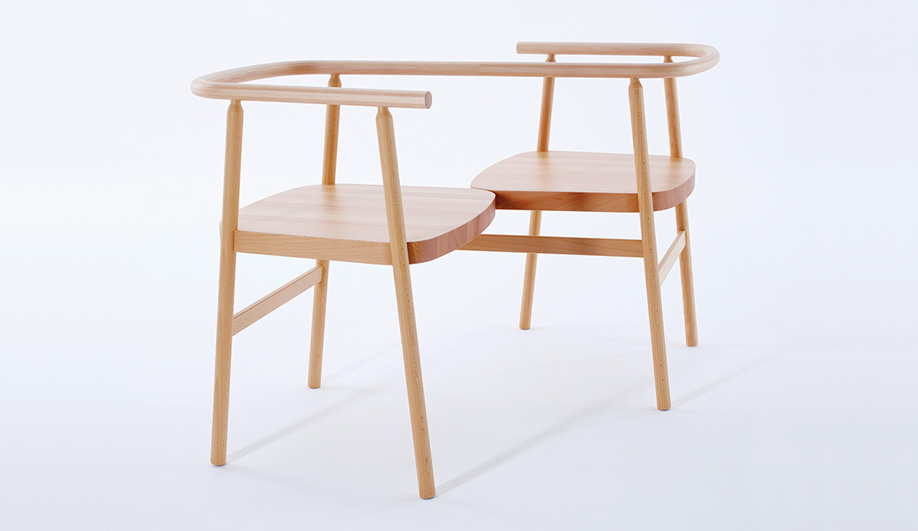 PearsonLloyd Collection
Finally, furniture for the 21st-century office that has real character. This new collection was made with fluid, open concept spaces in mind, and it features minimalist hat and coat racks made from bent wood, and three-in-one workstations (consisting of a seat, a table and a coat rack) that can be easily moved from place to place. For meetings, forget the staid mahogany boardroom table: a two-person loveseat is designed to encourage proximity and eye contact. The concepts may be novel, but the craftsmanship and materials (mainly beechwood) show a deep commitment to artisanal values. 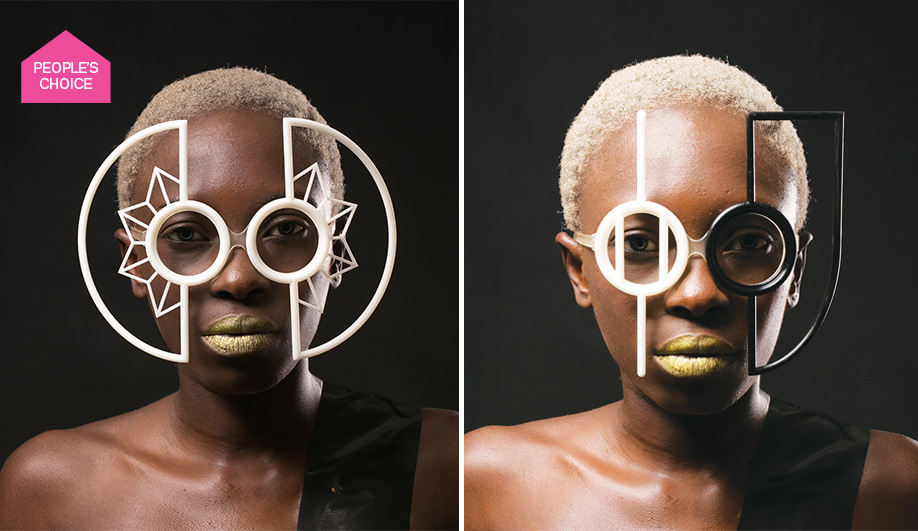 Biz Eyes 3-D-Printed Eyewear
These glasses aren’t just about seeing – they’re about being seen. The base frame is made from durable transparent resin, but the customizable white nylon spectacles make each piece unique. Do you want glasses that resemble multi­coloured orbs? Angels’ wings? Prehistoric runes? Thanks to 3-D printing, anything is possible. Each piece snaps into the base frame, and snaps off just as easily. When you’re ready to switch up your look, just print off a new pair.