2016 AZ Awards Winner: Best Lighting Fixture
The Fosbury lamp provides a sleek and elegant way to throw light to the centre of a room - no overhead fixture required. 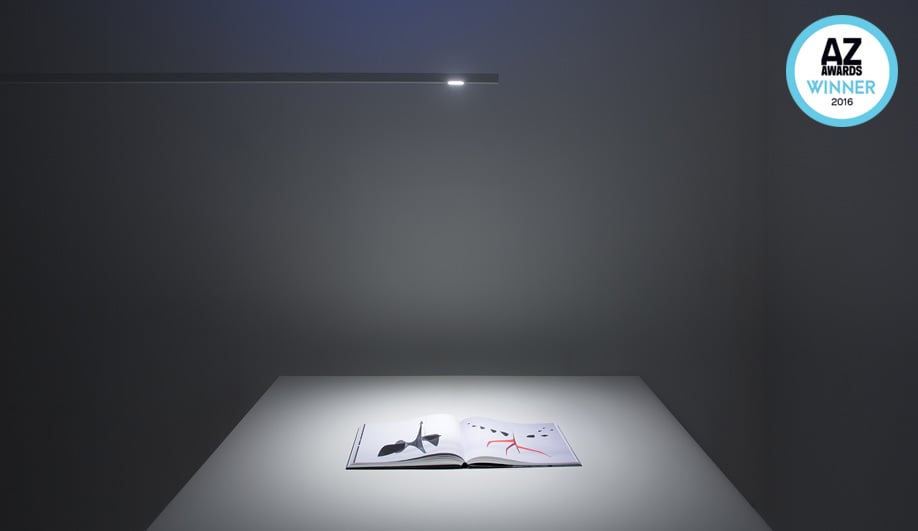 Davide Groppi has always taken a poetic approach with his creations. Often, the name or a feeling comes first, or the Italian designer builds around one or more of his four pillars of creativity: simplicity, lightness, emotion and invention. The Fosbury lamp was realized in 2014, after he saw an exhibit of kinetic sculptures by Alexander Calder, the father of the modernist mobile.

On paper, the fixture is a matte-lacquered metal light that plugs in, but in reality it’s so much more. The 25-watt LED, encased within a horizontal metal bar at one end, is held in suspension by two cords: one secures it to the ceiling, while the other is tied to a metal cylinder that anchors it on the floor. 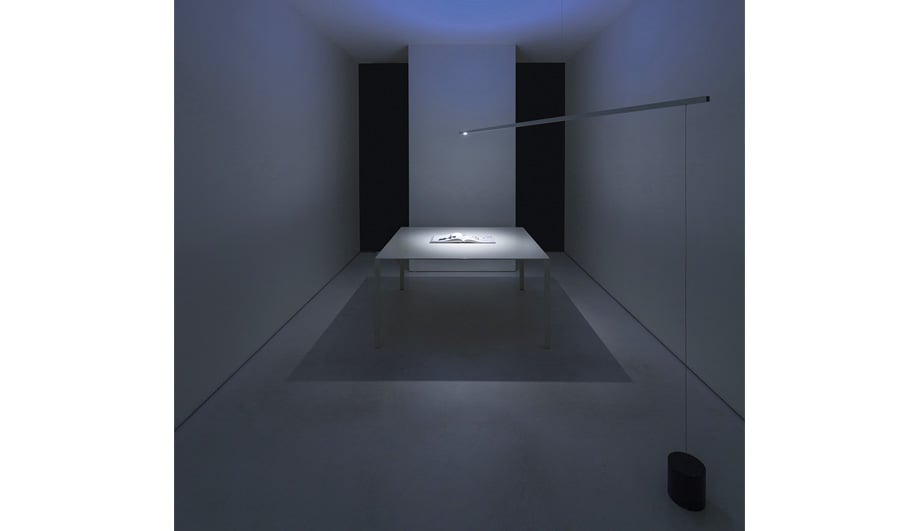 The sparseness of such delicate materials results in an elegant piece that reads as artwork. If you move the weight to another spot, the pendant’s arm swings to a new position, along with the focused light, which casts a circle. In photographs, Groppi has shown the lamp illuminating an open book, and you can begin to see how a direct source shining from above could be applied in other settings to dramatic effect: within a darkened restaurant, perhaps, or to showcase a sculpture.

As juror Thomas Woltz observed, “The idea of throwing a bit of light deep into the middle of the room without a fixture is very desirable. It’s an elegant solution to a common problem.” 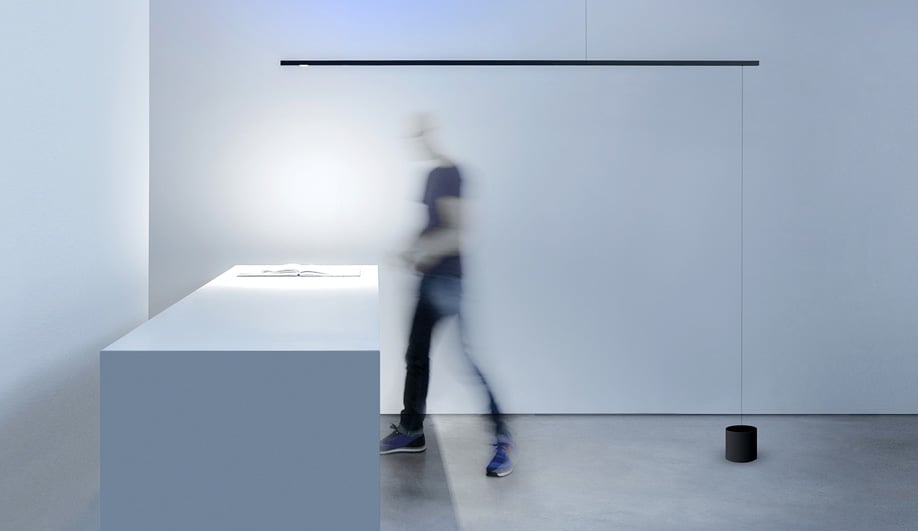 The designer: Davide Groppi founded his own lighting company in the 1980s, and he now operates showrooms in Milan, Barcelona and Copenhagen. From his studio in Piacenza, Italy, he works with a dedicated staff of collaborators, producing products for his own brand as well as lighting for De Padova, Boffi, Paola Lenti and Christofle.

What the jury said: “There is something mysterious about this light. It takes a moment to figure out. As the jury, we are all designers, and still we were there trying to figure out from where cometh the electricity? How mobile is it? It intrigued all of us.” – Thomas Woltz

SHARE
Twitter, Facebook, LinkedIn, Pinterest, Email
TAGS
AZ Awards, Azure News, Lighting, Product Design,
We rely on advertising revenue to support the creative content on our site. Please consider whitelisting our site in your settings, or pausing your adblocker while stopping by.