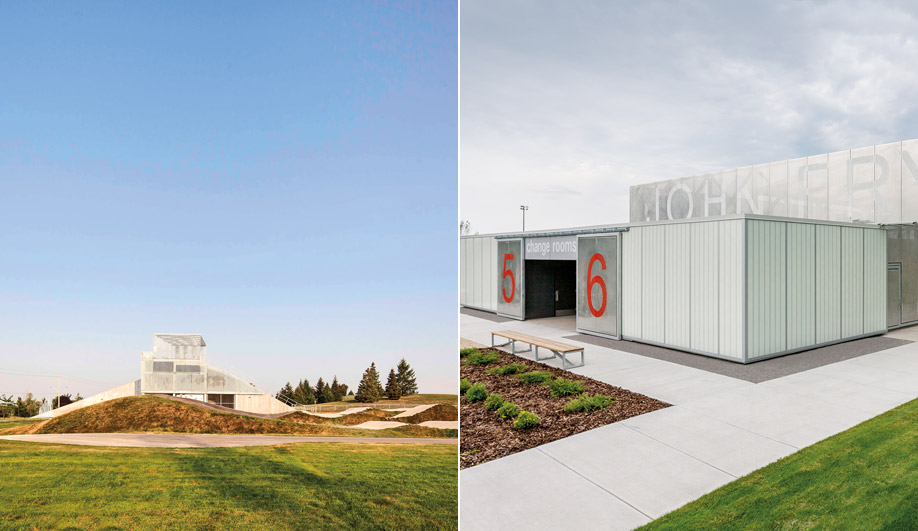 The finalists in the 2017 AZ Awards category of Recreational Architecture prove that sports facilities need not be traditional. 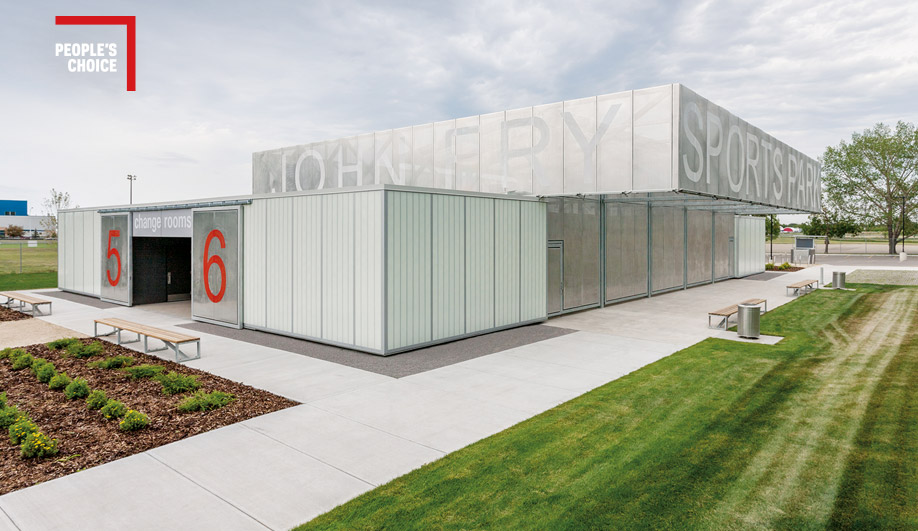 This rectilinear Edmonton pavilion has no front or back. Its patrons, with baseball bats, gloves or catchers’ mitts in tow, approach its translucent walls from all four sides, drawn by a towering 360-degree marquee.

Three of the entrances lead to changing rooms, while the fourth has a recessed courtyard complete with concession stand. Here, the Marc Boutin Architectural Collaborative installed a row of massive aluminum doors, perforated to filter natural light. These doors enclose the space by night, then pivot up 90 degrees to form a translucent awning by day. For an athletic facility, the building is remarkably – and appropriately – dextrous. 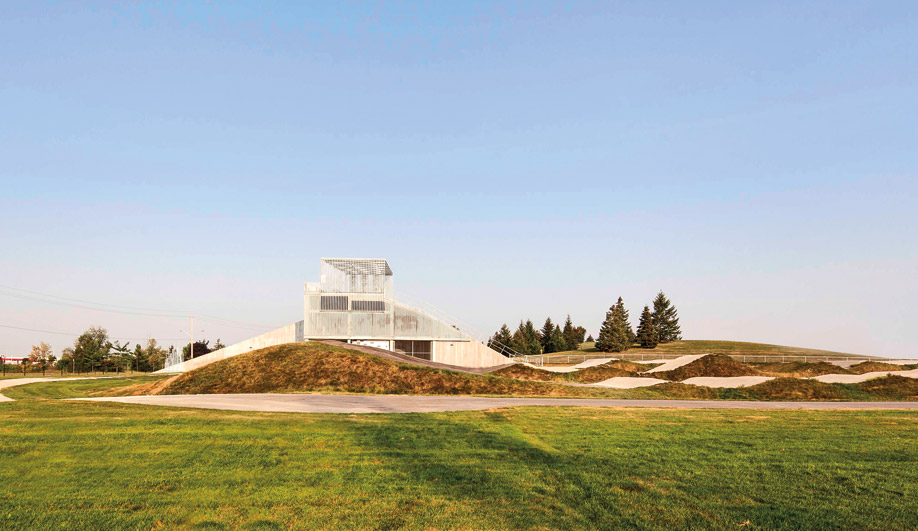 Erected for the 2015 Pan Am and Parapan Am Games, Kleinfeldt Mychajlowycz Architects’ supercross track is Canada’s only bicycle raceway to be certified by the International Cycling Union. The track sits in a sunken catchment area where storm water collects, and yet – thanks to an advanced under-ground drainage system – it dries within 30 minutes of even the heaviest rainfall. The project is more than just an engineering feat, though; its steel buildings, tactile concrete retaining wall and undulating dirt track make for a striking work of landscape art.