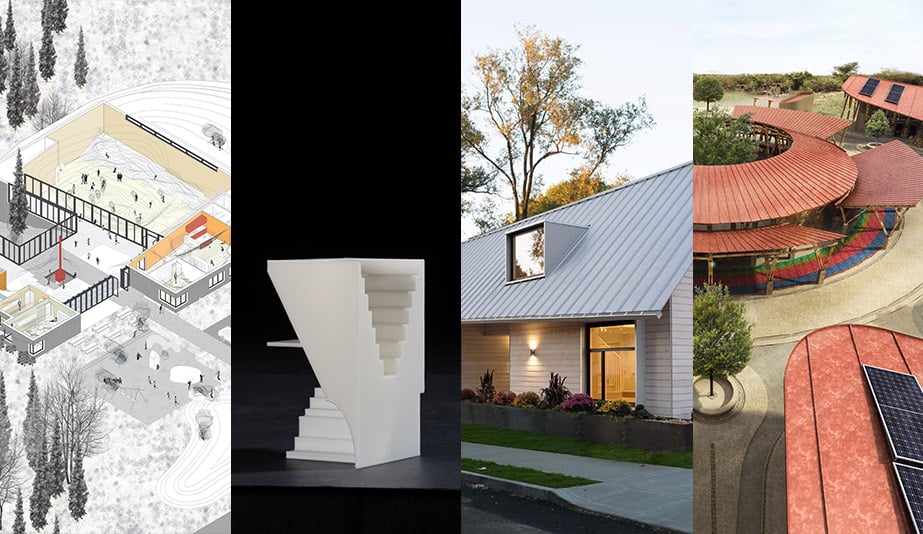 Project: Theatre in the Round and Theater in the Ground School: Massachusetts Institute of Technology, USA Team: Chen Chu, Jennifer Leung (prof.)

Getting there is half the fun. Featuring a duo of interconnected theatres carved from two nesting volumes, this bold concept also engenders a series of stimulating in-between spaces. This sequence of “entering devices” encourages audience members to turn and pause, to shift their pace and orientation, as they make their way to their seats. For instance, a diagonal access on a triangular stair provides entry to the subterranean theatre and, through a peripheral window, a peek into the action on the way down. A small vestibule, meanwhile, provides an in-between space where people can chill before ascending to the stage in the round. These discrete dramatic gestures allow audience members to fully immerse themselves in the otherworldliness of taking in a play. 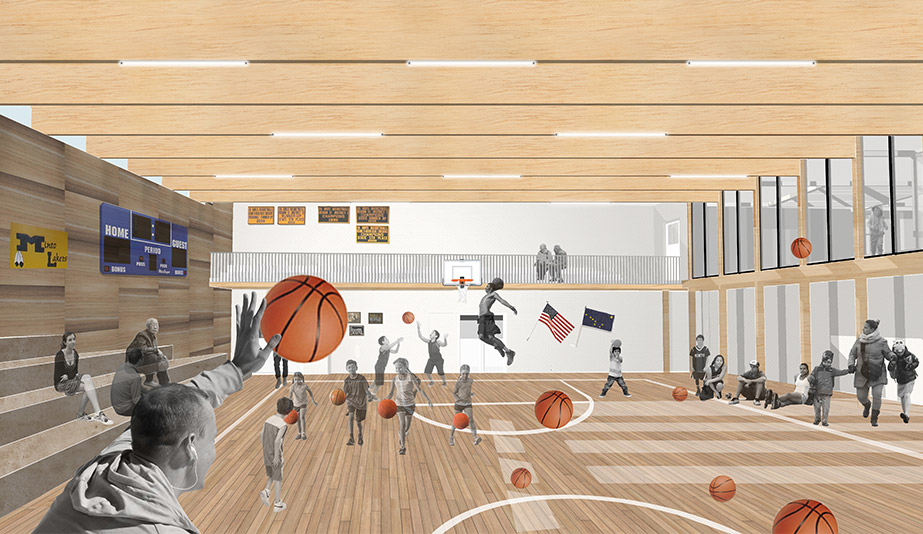 This school concept beautifully illustrates how the Arctic’s extreme climate can be a generator of great design rather than an obstacle to it. Clad in charred cedar, the 1,800-square-metre ensemble of formal and informal educational spaces, including classrooms and an indoor basketball court, is imagined as a series of spatial layers, or thresholds, connected to the landscape. Inspired by the seasonal cycle of the Athabascan people, who would fish and trap in the warmer months and settle down in winter, the school accommodates a new Yukon-Koyukuk School District curriculum that encourages students to proactively engage with the outdoors. While the interior spaces exude warmth (with buried-earth walls, reinforced rammed-earth bricks and black spruce floors) the outdoor zones emphasize play and discovery through an edible-berry fence, play caches and – most impressive of all – an open-air entrance with a firewood storage wall, a central fireplace and drying salmon hung from the ceiling. 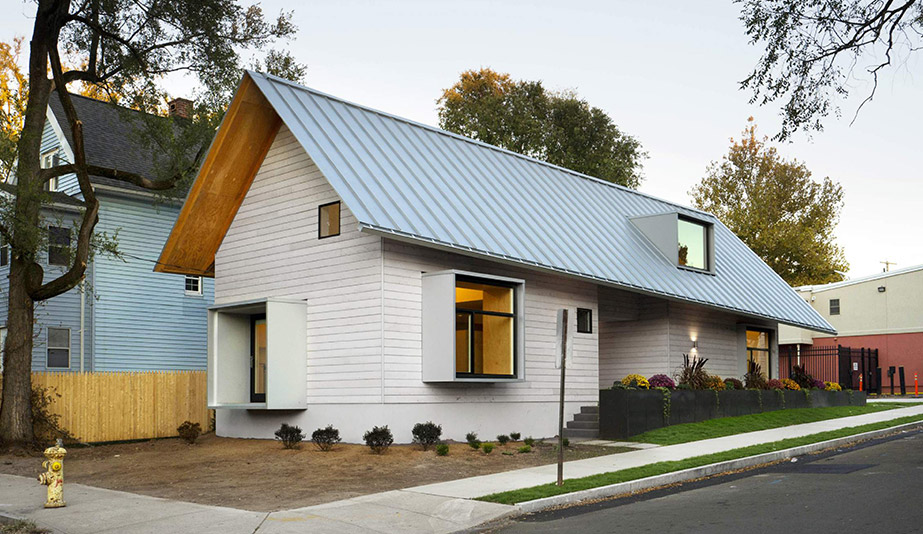 With its slanted roof and viewfinder windows, the 2017 Jim Vlock First Year Building Project is a triumph of smart single-family residential design. It’s also much more than that. The project is the result of a partnership – called Homeless:Housed – between the Yale School of Architecture and non-profit Columbus House, which team up to address the need for high-quality affordable housing. First-year students designed and built the residence with a prefab-panel system. The 93-square-metre home features two double-height volumes – an individual unit and a family space – separated by a central breezeway yet connected by the pitched metal roof. Six large bay windows double as resting nooks, carving out more space in the home while fostering a relationship with the neighbourhood. 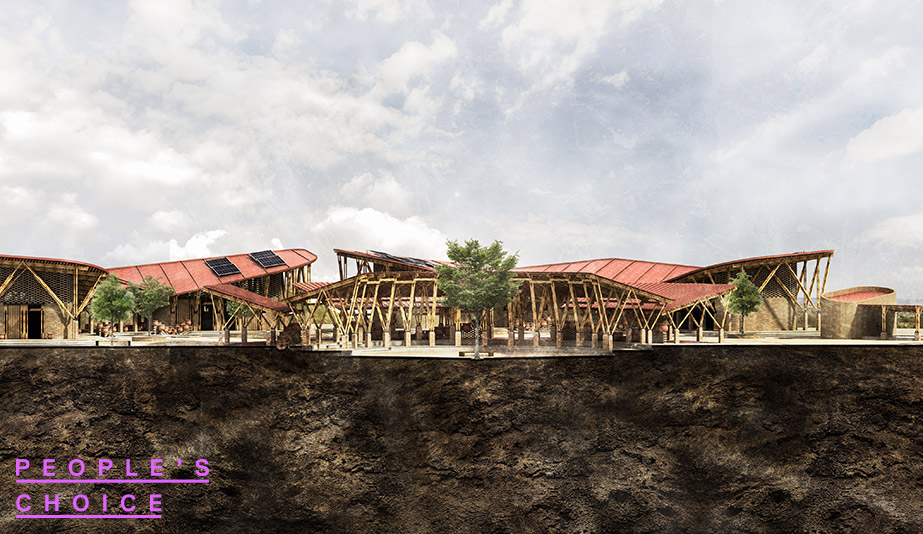 Since oral traditions are at the heart of Maasai culture, this thoughtful design for a cultural centre for the Maasai Mara tribe of Kenya places the open-air storytelling hub at the core of a butterfly-shaped plan. The encircling wings accommodate curatorial activities, crafts studios and conferences; the welcoming nature of the entire design is underlined by the inclusion of a community water tap. With a material palette of interlocking stabilized soil blocks and bamboo (a fast-growing grass that could be harvested on site to provide economic benefits to the community), the architecture reinterprets the African vernacular. The project also upholds local building custom by employing women, traditionally the builders in Maasai society, in the construction of the centre. In this way, the people play a central role in the creation of their own gathering space.