25 Questions for Tom Dixon
While the British designer was at Vancouver's Inform Interiors to launch his book Dixonary, we sat down with him to find out what's not on his iPod, what the future holds for the next generation, and why eBay, PayPal and globalization are changing the game completely. 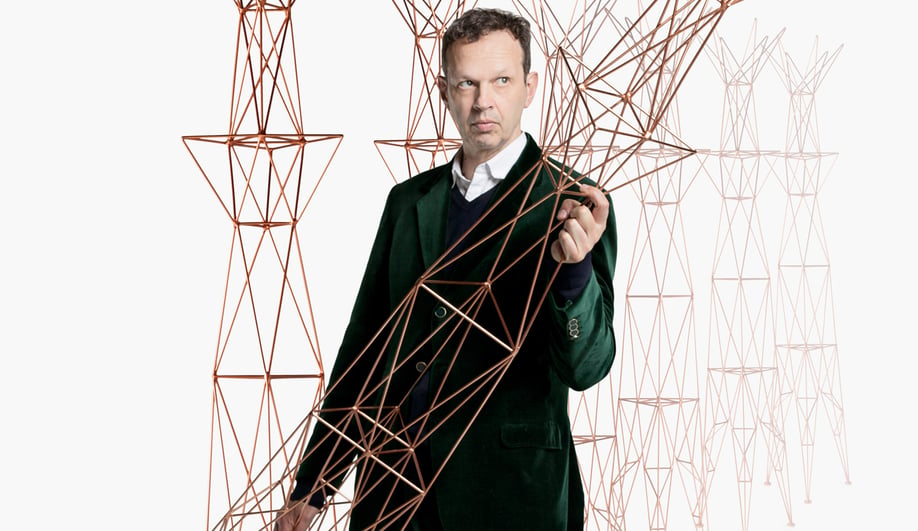 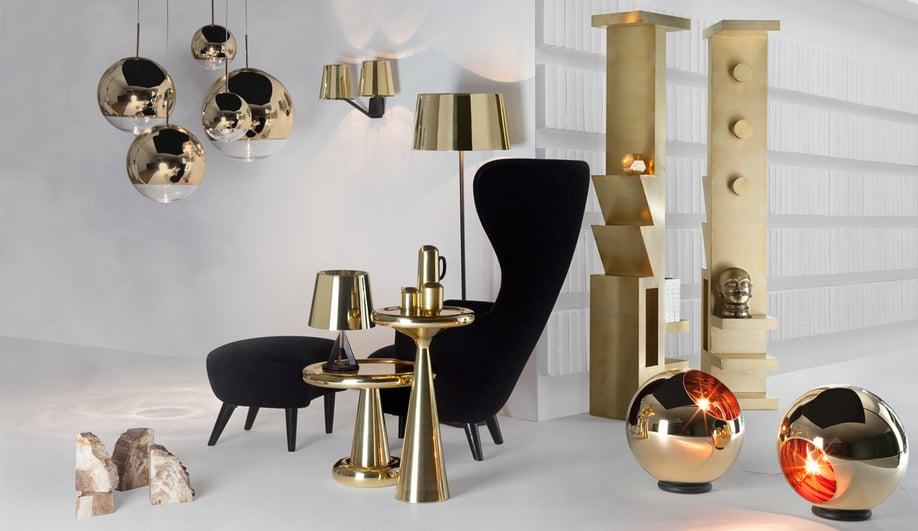 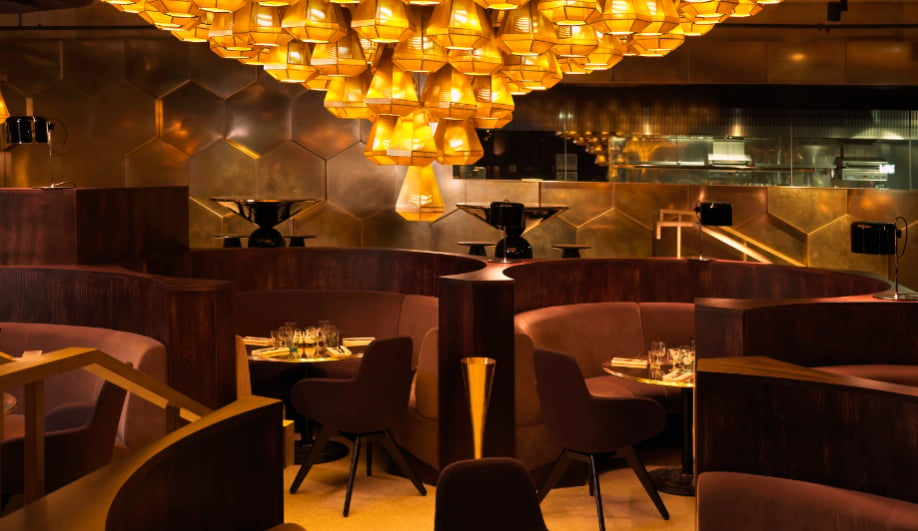 The Éclectic Restaurant in Paris 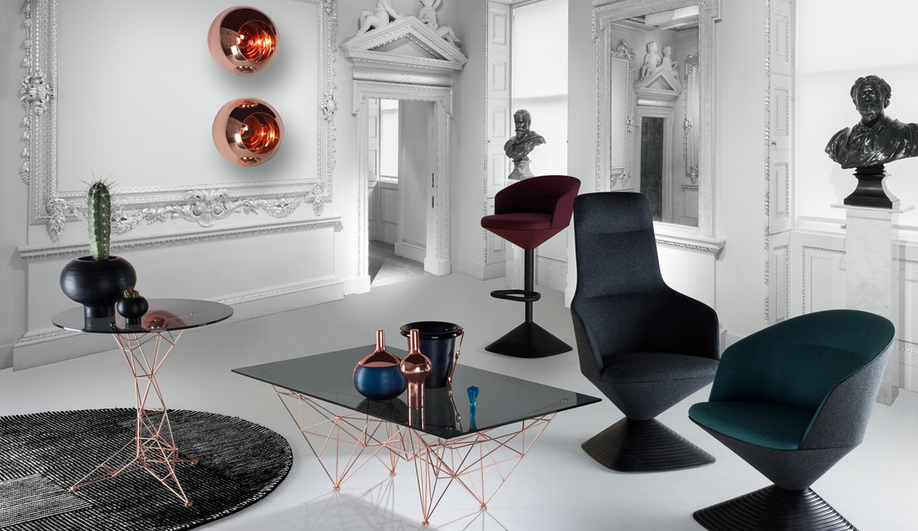 More of the CLUB collection 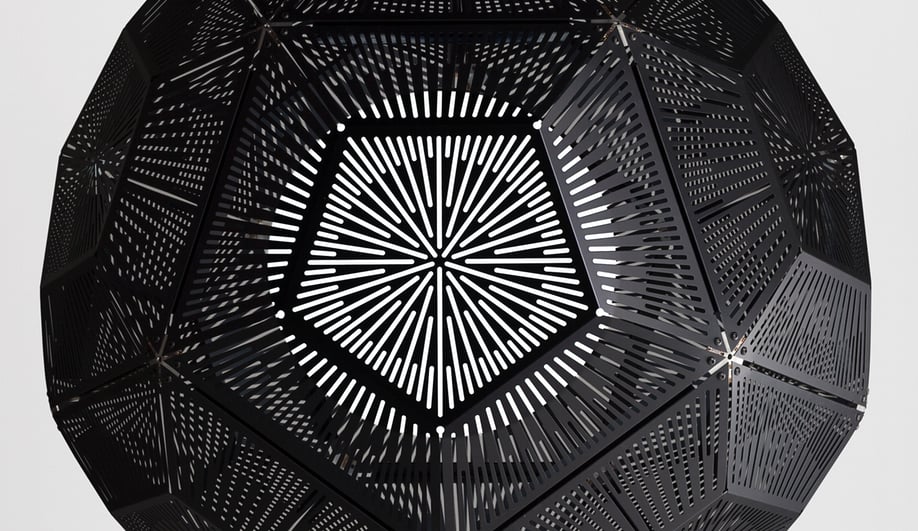 Tom Dixon worked with TRUMPF to produce Ball, a giant pendant made of 12 anodised aluminum panels 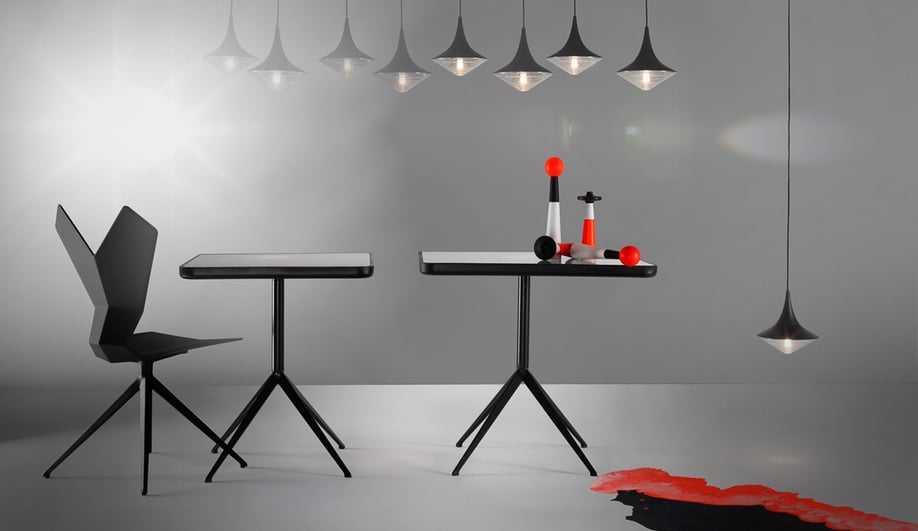 The Y collection of tables and chairs

Tom Dixon is doing it all these days, from producing furniture to running an interior design business and even working as an architect. He recently completed the Éclectic Restaurant in the Beaugrenelle Centre in Paris, which brings together the brass-toned vibe of his recent collections, and introduced the Y line of faceted chairs and matching tables. We chatted with Dixon about all the things that keep him excited about design.

What is the best part of your job?
It’s a different job everyday. Today, I’m a marketeer talking to you. When I get back to London, I’ll be involved in developing products. Another day, I’ll be a designer; my collaboration with Adidas has made me a fashion designer; and I’m working my own tea range to go with my teapot, which has turned me into a food perfumer.

I’ve recently completed my first house so I’m also an architect. My job changes on a weekly basis because I’m reinventing it regularly through different sectors. I can create my own destiny and distribution, and try to work on things beyond what people expect of me – that’s very appealing to me.

Worst part of your job?
Too many airport security queues.

Best quality in a designer?
It should be curiosity.

Worst quality in a designer?
I don’t think designers should have bad qualities – maybe encouraging consumption.

What tool do you use the most?
Glue gun.

What’s coming up for Milan?
For Milan, we’re not exhibiting at Most this year because we ended up turning into event organizers rather than a furniture brand. We need to keep on surprising people and Milan is all about that, so we’ll surprise them by doing the conventional furniture fair. It’ll be interesting for us to act as a proper furniture company, taking orders for the first time.

What excites you about design at the moment?
The newfound proximity of design to industrial tools. What’s interesting is this massive potential for everybody to manufacture from their bedroom by the fact that the digitalization of industry, such as laser cutting and high-powered water jet technology, used to be quite complex and specialized. They are now at our fingertips.

That coupled with the opportunity afforded by global networks, such as PayPal and eBay, means we don’t really need to wait for an industrialist to pick us up and promote us. I make stuff in America but can also make it in the UK because I can send files anywhere. The world is changing rapidly, so it’s an exciting moment.

What’s the next game changer in design?
A lot of people are obsessed by rapid prototyping but all it’s doing is producing small, expensive bits of plastic. That really is going to change, and will involve architecture and metals. The game changer has already started, it’s just not visible yet.

Ideal place to work as a designer?
The globe. The design world used to be a couple of places – Milan mainly for furniture, but what’s extraordinary now is the way the whole world has become interested by it.

There are lots of excellent designers in Singapore and Korea; you can make things in Germany if you like. Globalization and this newfound recognition in places where people didn’t understand what the word ‘design’ meant, even 15 years ago, is really exciting.

What talent would you most like to have?
Talent or superpower? I’d like to be slightly less chaotic. I think I lack the ability to finish things off properly. I’m a jack of all trades and would like to be master of something.

Who is your design hero?
I’ve never had one. I was always much more interested in sculpture and engineering. I think Noguchi and Anish Kapoor are amazing. Design sort of crept up on me: I realized late in the day I was a designer when people started calling me that. I became a designer through practice, not through a guru. I later met amazing people, like Vernor Panton, and I would call them gurus but they didn’t form my thinking; I discovered them on the road.

Is there a designer you identify with?
I’m very keen on Konstantin Grcic’s work. I think he’s good.

Are there any words or phrases that are overused in design?
Rapid prototyping.

If you could change one thing about yourself what would it be?
I’d like to have a better memory and be more handsome; a six-pack would be good.

How do you keep challenging yourself?
I get bored very easily so I just challenge myself because I need stimulation.

Greatest design achievement?
I haven’t done it yet – it’s coming right up.

Greatest career regret?
I don’t regret a great deal. I’ve always been amazed at how well it’s turned out – it gets better all the time. I have a little lucky star. It’s bad to have regrets – it’s a waste of mind space.

Which designer or manufacturer would you most like to work with?
I wouldn’t mind working for [Tesla CEO] Elon Musk on super-fast transport of the future.

What’s on your iPhone or iPod?
Find My iPhone and Shazam. There’s no music on my iPod: I listen to pirate radio out of London – gospel on a Sunday, hard-core reggae, or techno on a Saturday morning. I like not being in control of music. It’s been ruined by its total availability so you get bored of your favourites.

What are you wearing?
Today, a Harris Tweed suit, British shoes, and a Comme des Garçons shirt.

Prized possession?
A water tower I bought about five years ago; it’s my favourite thing.

Where do you see yourself in 10 years?
Running an evil empire.

Advice for the younger generation?
Define your own uniqueness. The most important thing right now is to hold onto your own personality; it’s very hard to do when you’re assaulted with all these possibilities. We had the luxury when we were growing up to define our own space anonymously. This whole thing with everyone over-communicating and everything being so available and possible makes people very confused. It’s harder for people to be unique.

Words to live by?
Be open.