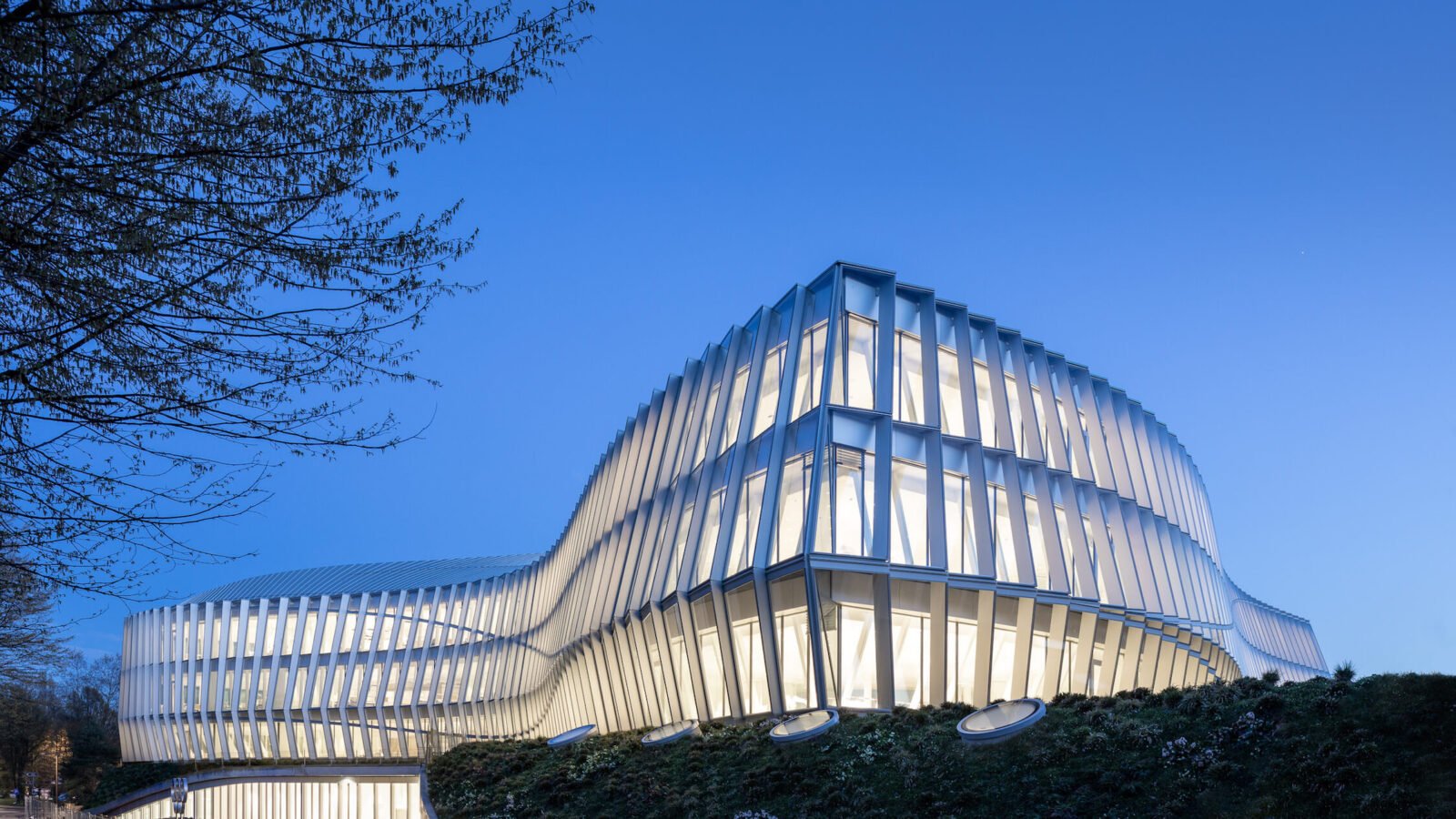 Movement, transparency, flexibility, sustainability and collaboration. In 2014, these five principles formed the basis of the International Olympic Committee’s (IOC) architectural mandate for the new Olympic House; a facility aimed to bring all 500 IOC staff together under one roof. Five years later, a sense of movement and transparency plays out across the facade of an impressive new building. As for flexibility, sustainability and collaboration? See inside.

Designed by Denmark’s 3XN in collaboration with Switzerland’s IttenBrechbühl, the newly completed Olympic House was officially unveiled to commemorate the worldwide celebration of Olympic Day on June 23. It was a symbolically weighty day for a grand opening – and a fitting date for a building that seeks to embody the Olympic spirit at every turn.

The undulating facade is contoured to maximize open views from each part of the building, including a panoramic vista of Lake Geneva to the south.

While the permeability of the glazed envelope creates a light-filled interior, it also conveys a sense of transparency from outside, hinting at the “fair play” principles of Olympic competition.

Inside, the feeling of openness is carried into the heart of Olympic House. By optimizing the facade to floor plate ratio and creating a fully glazed floor-to-ceiling envelope, the design brings daylight deep into the building. Spanning the full height of the building, the central atrium is dominated by a strikingly fluid wooden staircase.

Dubbed the “Unity Staircase,” the marquee stairs subtly reference Baron Pierre de Coubertin’s Olympic Rings, rising through the atrium in a pleasingly irregular spiral. On each floor, the stairs resolve at a shared, sociable space. Here, the design looks to foster a communal spirit, giving IOC employees a place to mingle – or to work in a more informal setting.

Throughout the building, a system of load-bearing columns make for open and flexible environments that can be tailored to a variety of work styles. The carefully configured columns were all placed at least eight metres from the facade, allowing the interior to be reconfigured as needs change. 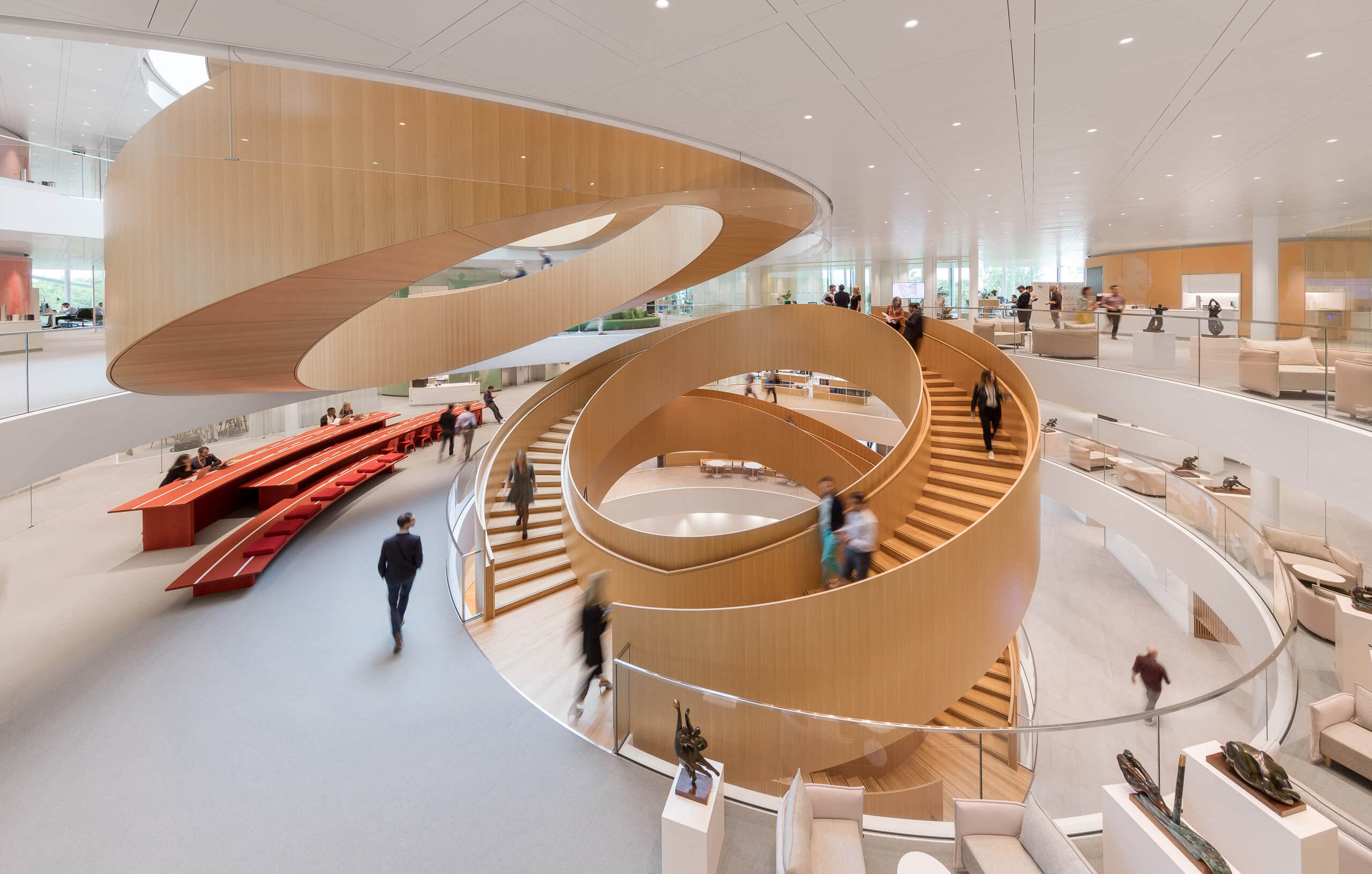 Topped by a greenscaped roof, the Olympic House also includes sustainable features such as low flow taps, toilets and rainwater capture, with rooftop solar panels also serving to reduce energy demands. Furthermore, 95 per cent of materials from the administrative building that previously occupied were recycled or reused, mitigating the loss of embodied energy.

“It was the essence of the Olympic Movement and its values that served as the basis of inspiration for the design,” explains Kim Herforth Nielsen, founder and principal of 3XN. “The Olympic House seeks to establish a quality working environment that brings together all the IOC staff under one roof. Every decision we made was evaluated for its applicability to the primary goals and values of the IOC.”