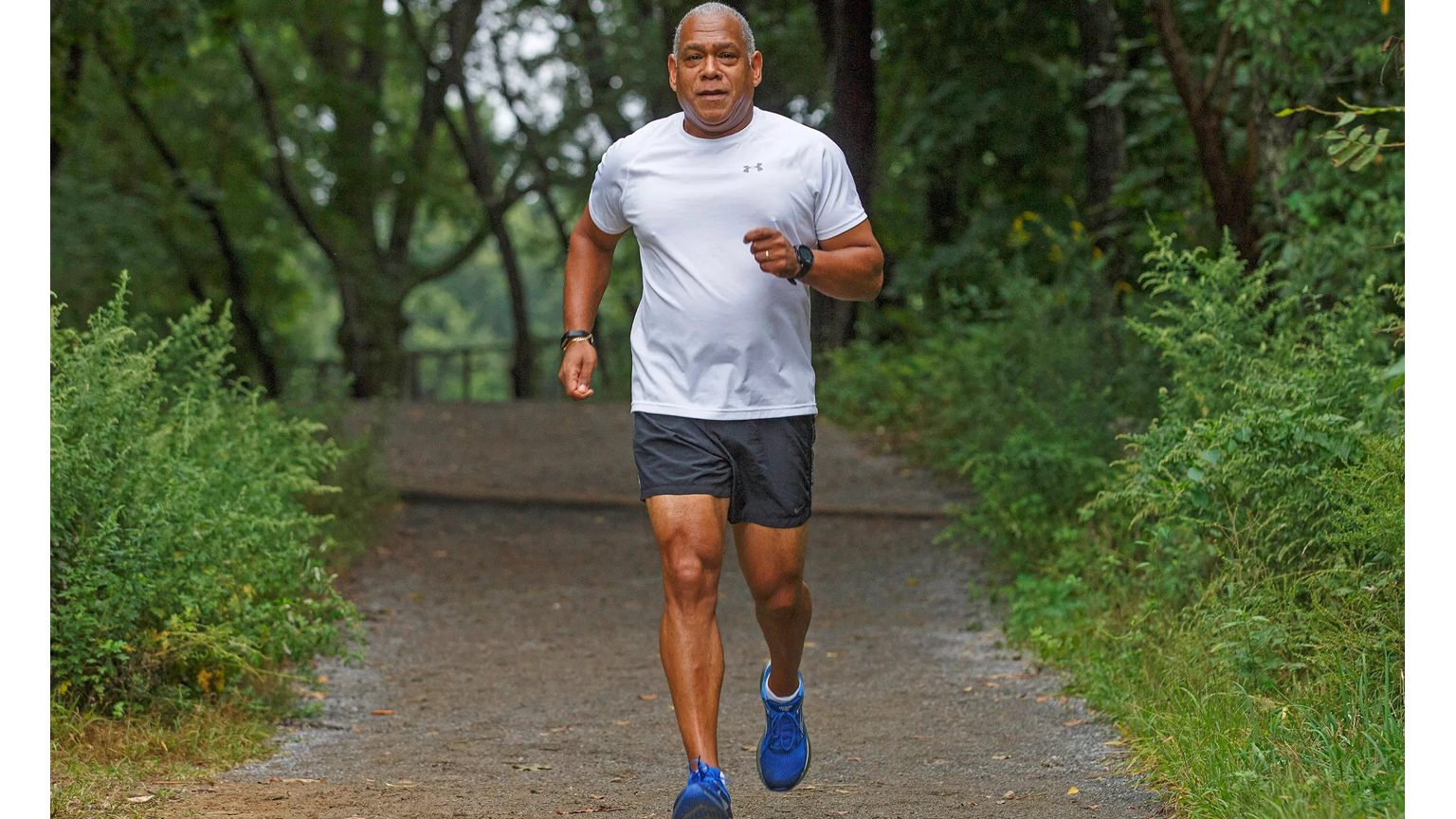 When urban planning students across North America returned to their studies amid a global pandemic, all classes had moved online and opportunities for invaluable co-op placements providing real-world experiences were drastically reduced. As two Black women and second-year graduate students at Toronto’s York University, we went back to school with these concerns, plus feelings of trauma and loss resulting from the anti-Black violence taking place across our cities. People who looked like us were dying at disproportionate rates from both COVID-19 and at the hands of law enforcement. We, along with all other students, were required to adjust to the new norm of virtual learning while also carrying the weight of the hardships endured by Black communities.

Amid our collective sense of fear and defeat, we came to a pivotal moment during our studies in the faculty of Environmental and Urban Change: Jay Pitter, an award-winning place-maker, author and urban planning lecturer stepped in to teach an urban policy and planning course entitled Engaging Black People and Power.

Selam Eyob and Jasmine Mohamed are graduate students in the faculty of Environmental and Urban Change at York University.

This studio-style class, which incorporated Pitter’s practice principles and research, changed the trajectory of our academic, personal and professional paths. It was not only educational in that it allowed us to examine the current events within the context of urban planning history, approaches and policies, but it also invited us to finally centre ourselves. As Pitter says, “Planning theory is only valuable if it serves communities and builds justice and understanding across difference.” Her course also gave us the opportunity to speak with amazing Black urbanists leading long-term and emergency COVID-19 interventions across many cities.

One of those luminaries is New York City Parks Commissioner Mitchell Silver, an award-winning planner with worldwide recognition as the first African American to hold the title of president of the American Planning Association.  Known for his progressive thinking, Silver utilizes his own lived experiences to implement transformative changes to various parks in the city of New York through projects such as Parks Without Borders (which removes barriers to make these public spaces more accessible) and the Juneteenth Grove (with its 19 flowering trees representing the Black community’s complicated relationship with trees).

He also spearheaded the initiative to rename 10 New York parks to honour nine renowned Black men and women with roots in the city, including James Baldwin and Ella Fitzgerald, and one Black organization – an accomplishment officially celebrated on Black Solidarity Day in 2020. An urbanist who centres people and communities within his approach to development and design with a genuine understanding and connection to place and history, Mitchell Silver will be showcased in the upcoming publication Engaging Black People and Power in a special living legacy tribute.

Commissioner Silver kneels at the Juneteenth Grove in Brooklyn, where 19 flowering trees were planted.

Here are five lessons we took away from our conversation with Commissioner Mitchell Silver, who has set a precedent in creating a more just city:

1
How to Translate Community Demands into Action

In 2015, during Silver’s first month at the helm of NYC Parks, he was publicly challenged by Coline Jenkins – a women’s rights activist and the great, great-granddaughter of suffragist Elizabeth Cady Stanton. Jenkins raised a major concern after Silver delivered his first speech as Commissioner: less than 10 percent of America’s outdoor sculptures depict historical women, exemplifying an explicit lack of acknowledgment of women in public spaces.

“I was shocked to learn about the lack of women depicted in historical monuments – and said I had no idea,” Silver says now, chuckling as he reminisces. “I called my staff and asked if this was true, and who can change this. They responded, ‘You can.’” Soon after, he overturned a 60-year-old moratorium on permanent installations in Central Park. In 2020, the park unveiled its first statues of real-life historical women – the women’s rights pioneers Susan B. Anthony, Elizabeth Cady Stanton, and Sojourner Truth, a monumental Black urbanist – in a monument by sculptor Meredith Bergmann.

As women planners, we were moved by this particular initiative, which taught us about how change can happen, the importance of listening to community demands, and being willing to challenge old policies.

Commissioner Silver overturned a 60-year-old moratorium on new statues in Central Park in order to allow for the first-ever monument to historical women.
2
Vulnerability is Power

“It has been difficult to get to where I am. As a professional for 36 years, you have to suppress a lot to be a Black man in power. I don’t just want to represent and reflect – I want to have the power to make things happen right,” says Silver. When speaking about this particular historical moment, he goes on to share, “I’m so moved by the Black Lives Matter movement because throughout my career there are things I could not say.” He speaks about being conditioned to “check his Blackness at the door.”

We did not anticipate such vulnerability from Commissioner Silver; it was especially impactful for us to have someone with his extensive experiences acknowledge being inspired by young activists and recognize the importance of social movements in shifting urban planning discussions.

At certain points in the conversation, it became heavy for all three of us; the recent murders of George Floyd, Ahmaud Arbery, and Breonna Taylor and countless others have deeply impacted Black urbanists right across North America. Having the space to express our grief about these tragedies and explore our accountability as urban planners teaches us to bring emotional intelligence into our work.

Commissioner Silver had a major role in the struggle to preserve the Audubon Ballroom in Harlem in the 1980s, when a proposal was formally presented to tear it down and replace it. Built in 1912, the venue has historical and cultural significance to the Black community as a meeting hall for political activists, its status as an iconic civil rights landmark reinforced after the assassination of Malcolm X on its premises.  “You’re not just tearing down the building,” Silver says, “you’re tearing down history.” The resistance to demolition initiated by urbanists alongside Silver led to 40 per cent of the building being converted into what is now the Malcolm X and Dr. Betty Shabazz Memorial and Educational Facility.

Through this project example, Commissioner Silver raises a critically important question: “Where is our history?” When we think about the ongoing threat to Black people and spaces, we believe it is important to reflect on whose history is represented in the built form. Considering this question in relation to local development in Toronto, we immediately thought about the Eglinton Crosstown LRT tearing through a Black community, racing to erase Little Jamaica, a valuable neighbourhood historically known to be one of the largest Jamaican expatriate enclaves in the world by the 1970s.

Overall, the question of whose history matters and historical preservation is a challenge all urbanists should be grappling with, in order to deepen their commitment and accountability to addressing anti-Black racism.

The Parks Without Borders initiative by Commissioner Silver removes entrance and exit barriers, making parks more accessible to their communities.
4
The Importance of the Black Urbanism Lens

Understanding that Black people have been contributing to urbanism for decades, we sought to get Commissioner Silver’s take on what Black urbanism means to him. “Black urbanism,” he says, “is shaped by individuals who bring their professional expertise and lived experiences.” Many of us see things through a very different lens influenced by the fact that we’ve faced tremendous place-based exclusion and can spot many barriers that others may not. A Black urbanism approach embraces fundamental city-building principles such as sustainability and mixed-use development while expanding to include interdisciplinary perspectives and lived experiences.

For instance, Silver carefully considers the ways public space rules and social biases govern Black peoples’ experiences. “When I see a sign that says no loitering, I know it doesn’t impact a nice couple sitting on a bench, but if you see five Black men sitting, they are loitering.” He expresses that many Black urbanists have the ability through life experience to identify those inequities.

In addition to the daily observations and critical thinking Black urbanists bring to their practice, this equity-centred approach has also been shaped by a number of thinkers working across disciplines. For instance, Katherine McKittrick, a professor in Gender Studies at Queen’s University: Her work focuses on Black studies, cultural geography, anti-colonial and diaspora studies. And lauded poet Dionne Brand exposes the realities of cities in poems like Thirsty, which create a text-based portrait of a city where there is beauty and challenge.

Commissioner Silver’s professional accomplishments and reputation for generosity precede him. Prior to our conversation, he participated in a class panel, not only showing up for his peers and students but extending his bookmarked time to engage with individuals from all parts of North America. It was within that moment where we first glimpsed his generous spirit. We also experienced the truth of his generosity in the follow-up conversation in which he welcomed more dialogue, both professional and personal.

He shared that one of the ways in which he nourishes his spirit is through running. He began taking daily jogs after his brother died in 2008. “I didn’t know how to get through it, it was very tragic. I started running and it really connected me with his spirit,” he explains. His passion for running has also inspired one of us (Jasmine) to do the same – a takeaway from his thoughtful interview.

Throughout our chat, Silver also modeled mentorship, kindness and character by sharing resources that have informed his practice. One of them, in particular, is already changing ours: Hindsight Conference, which explores urbanism through the equity lens. Commissioner Silver along with Jay Pitter and other incredible Black urbanists within her network modeled how kindness and character go hand-in-hand with professional achievements. Being able to connect with these mentors is important within the profession of planning. The conversation with Mitchell Silver and the course overall left us thinking about how we can centre generosity as a key principle in our planning practice moving forward.

Jasmine’s interests are within an equity and sustainability based planning practice. She is a co-editor of Black Futures on Eglinton – Cultural Mapping Study. In early 2020, she was selected to be a Canadian Delegate attending the United Nations – Habitat World Urban Forum 10 in Abu Dhabi. Twitter @JKamtirey

Selam’s interests are within equity and community planning with a focus on social, historic and cultural conservation, as well as ethical and community-centered revitalization. She has experience in areas of community development, urban research and equity-based projects at organizations like the TTC Riders. Twitter @SelameyEyob

Both Jasmine and Selam are members of the EUC editorial support team for the upcoming publication Engaging Black People and Power, which will be launched on March 22nd.