For the 15th installment of this highly anticipated event, the Pure Talents Contest at IMM was rife with original concepts and intriguing ideas.

From a chair that requires a user to become a seat, to lighting that allows for personal expression, this year’s Pure Talents Contest, a platform for students and up-and-coming designers at IMM Cologne, had an underlying theme: human interaction. 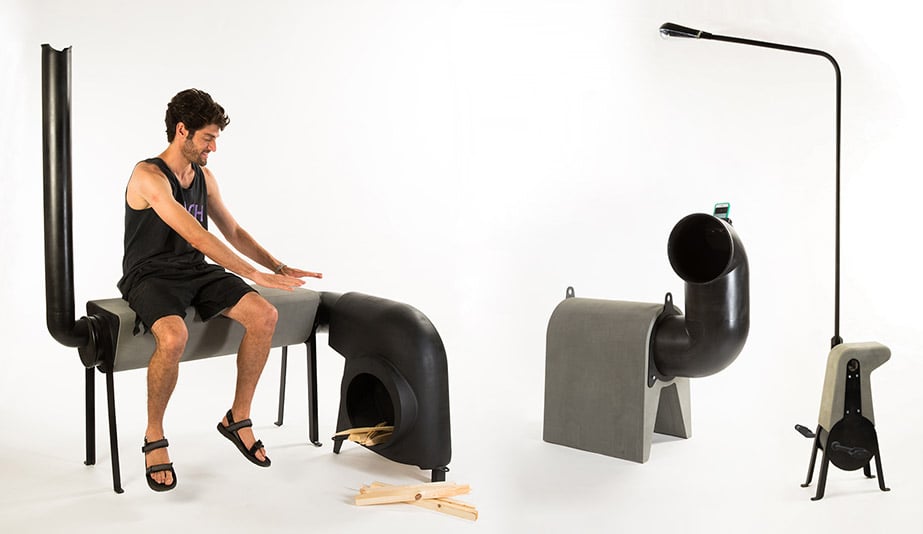 The brainchild of Israeli Yohay Alush, Nocturnal Beasts brings the concept of street art to a whole new level. Made from discarded concrete and steel barriers, Alush conceived these curious creatures with the aim to give teenagers a sense of place and engagement. The pieces earned him first prize in the Pure Talents Contest.

Shaped as three pieces of outdoor furniture that have a Wonderland vibe about them, Alush’s potential beasts offer a microcosm for teenagers everywhere with Paca, a concrete bench that amplifies a smartphone through a steel gramophone; Moe, a lounge chair/street lamp, that is powered through pedalling; and Bentz, a concrete and steel bench/wood-burning stove, that provides warmth and the ancient sense of camaraderie that gathering around a campfire evokes.


Everyone could use a little more storage; if only every storage box is as striking as these ones. The creation of Pierre-Alexandre Cesbron and Matthieu Muller, a.k.a Liga Studio, the series comprises three pieces of furniture with dual natures: a coffee table, bedside table and a box that each feature generous storage cavities. Wanting to develop a “functional, poetic and efficient design” the duo conceived simple steel boxes and lids that are held together using an elastic ligature in lieu of conventional hardware – pulled tight across the tops, a vivid neon-orange rope serves as a central hinge that allows easy access to the interiors. To literally highlight the rope, they then applied a gradient of orange (and in one case blue) bleeding outward from it. Digitally printed onto the metal, the coating has the appearance of individual and handmade patterns, but are the result of a mass-production process. 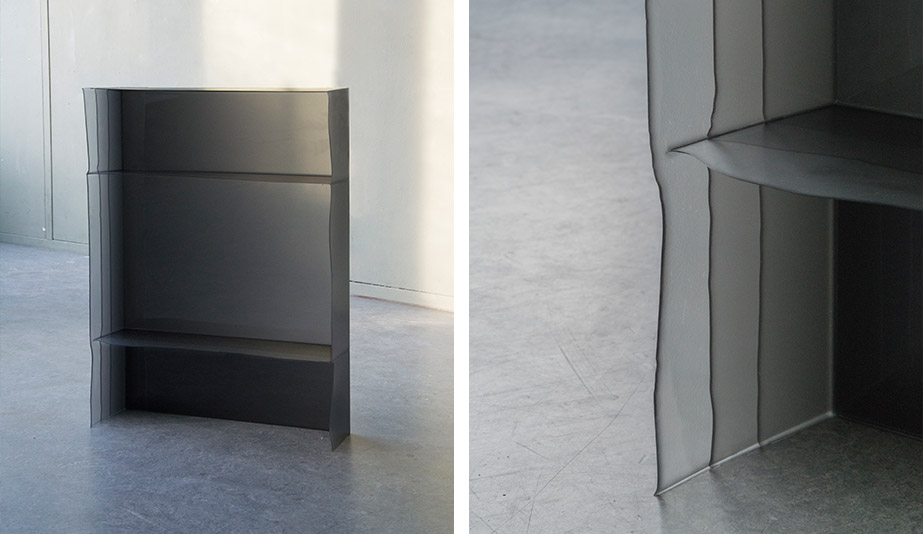 The Once Liquid Plastic by Julien Manaira


Using an open mould and epoxy resin, Julien Manaira created a shelving unit that left an otherworldly impression. Through a process in which the designer casts one layer, lets it dry, then casts another layer, the French designer aimed to reengage the maker with the process, both mentally and physically. By slowing down the production – almost antitheses to a world of fast production, fast consumption – Amsterdam-based Manaira emphasized the connection between the material, the producer and the finished product. “I think this is a way to generate a deeper relationship between user and object,” he explains. The transparency of the grey resin, and its organic, layered structure, added a ghost-like presence to the show floor. Manaira was awarded third prize in the Pure Talents Contest. 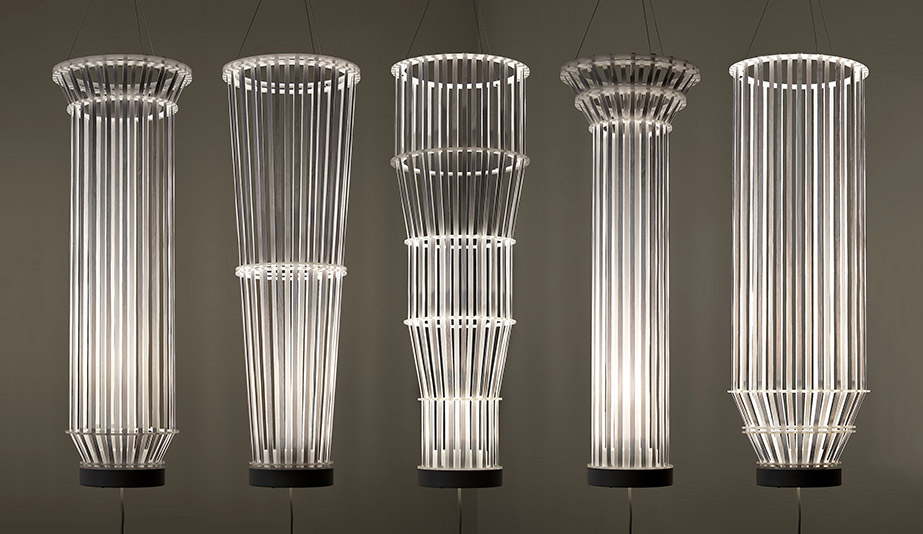 
Aptly named after the Finnish word for shadow, the Varjo lamps were a composition that dramatized the dark as much as the light. “I wanted to create the opportunity to play with light,” says Umberto Garcia. To that end, the Colombian-Finnish-Italian designer contributed a series of lights that invite touching. Six sizes of methacrylate rings were suspended on a set of elastic ribbons; all but the base and top rings could be shifted up and down and tilted to modify the amount of light filtered. Positioned to cast upwards, embedded LEDs in the base throw shadows on the ceiling above, creating ever-changing patterns that shift with the manipulation of the rings. 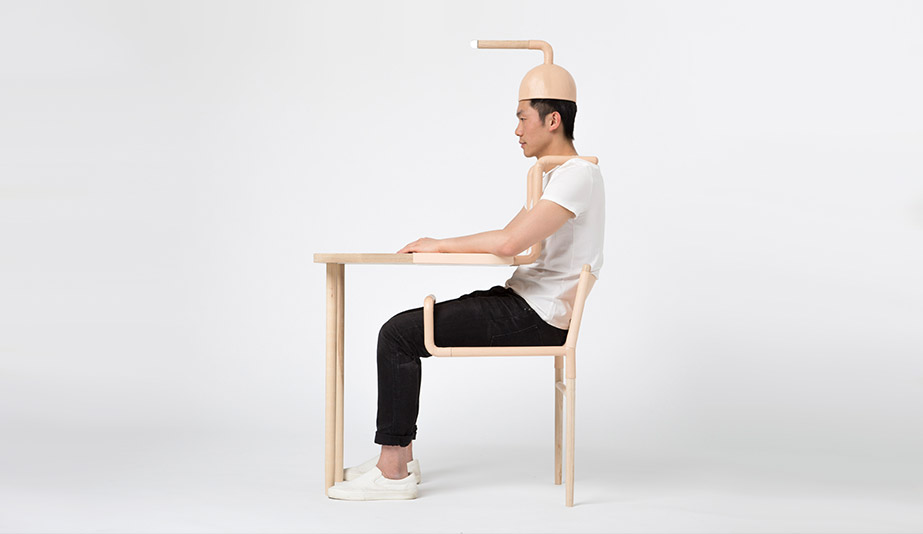 
A response to unnecessary consumer waste and a proposal for sustainability, Xiang Guan developed a system of furniture that is 100 per cent reliant on the user. By creating a stronger connection between inanimate object and their users, the Chinese designer suggests a way that we could become less inclined to throw them away. The pieces Guan presented included a chair with only two back legs, the sitter provides the front two (and it is a surprisingly stable and comfortable seat!); a work surface that balances on the shoulders; and a lamp that only turns on when worn on the head. 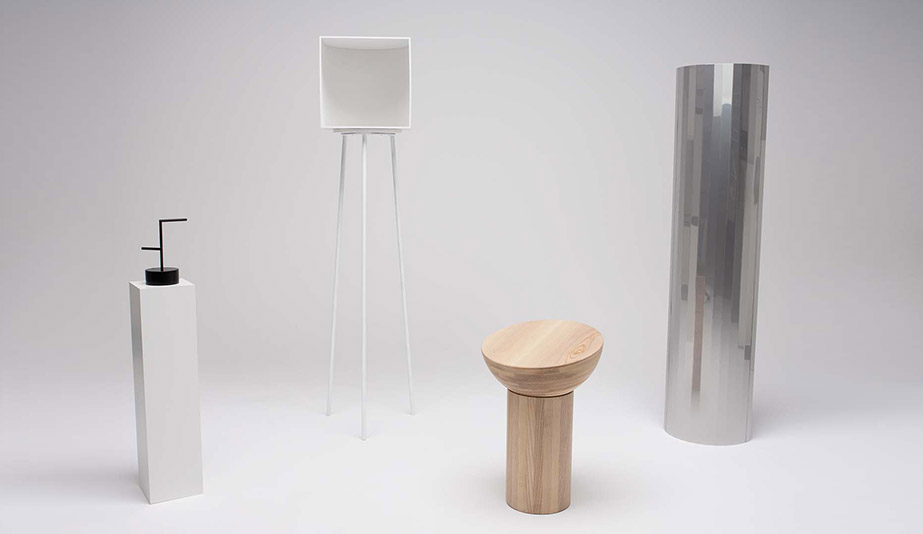 
Approaching commonplace objects in a way that calls perception into play, German product designer Pia Regenbrecht presented a collection whose immediate function is distorted and exaggerated, and one that “comes alive through contact.” With, among other items, a mirror that offers an obscured and faceted reflection, a clock that can only be read from a certain angle and a table that can be flipped into an unusable position, the pieces did foster curiosity and engagement, with visitors wanting to grasp how they should be used. This interplay successfully spoke to Regenbrecht’s broader theory, which was to “translate contemporary thoughts about our society into objects” and calling for a conscious questioning of everyday habits.