A Beauty Salon with a View
In Osaka, Japan, Tsubasa Iwahashi Architects cuts a house-shaped front window into a monolithic facade that otherwise blends in with the neighbourhood. 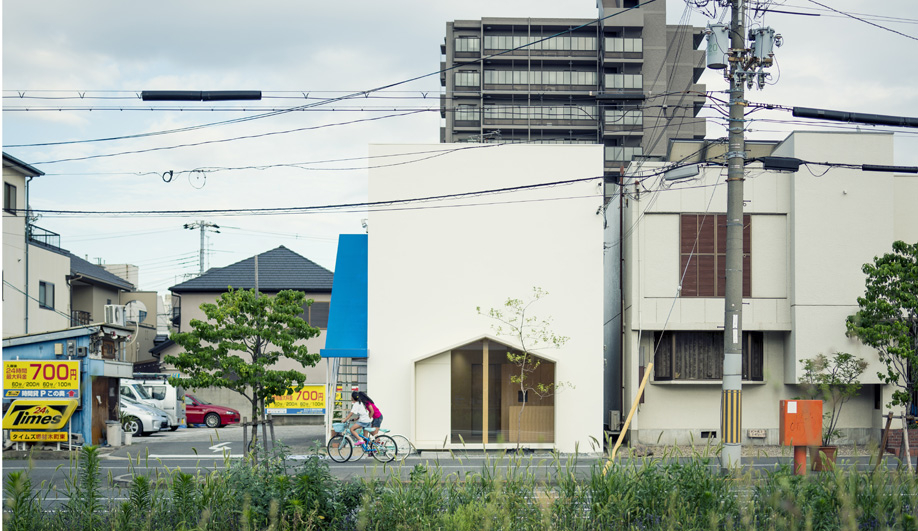 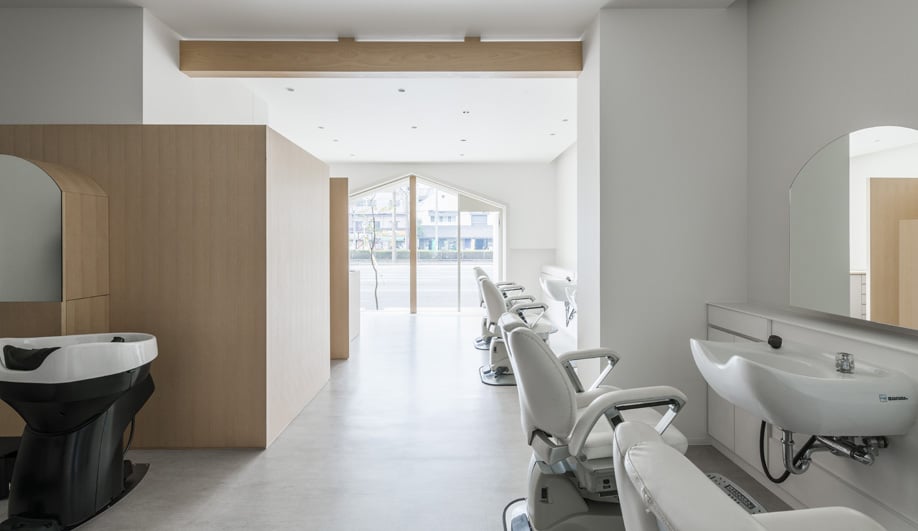 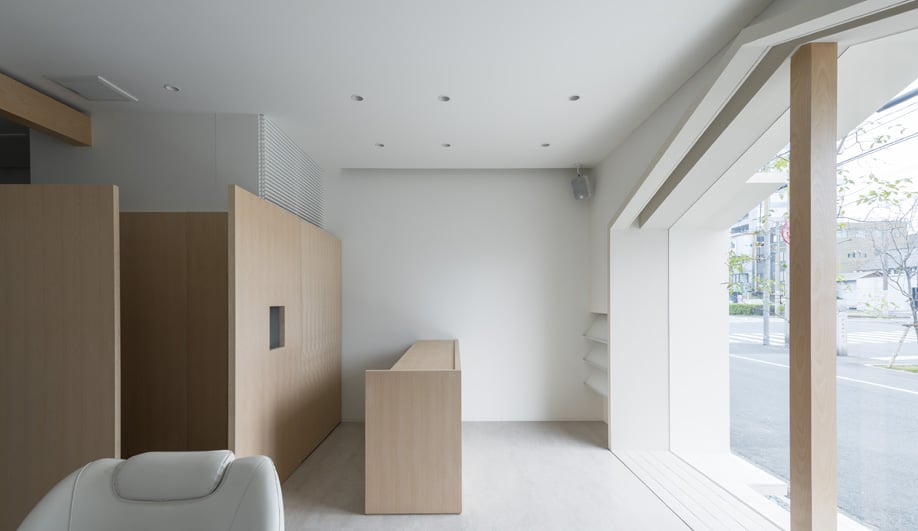 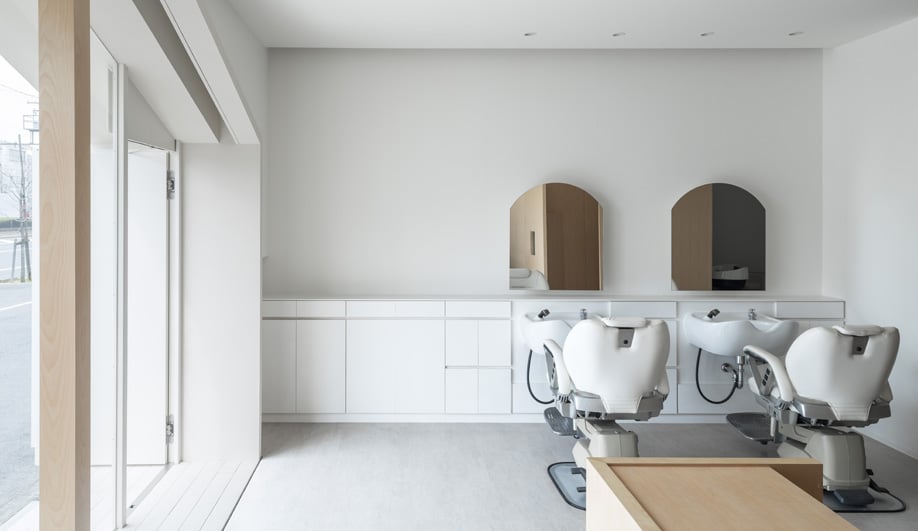 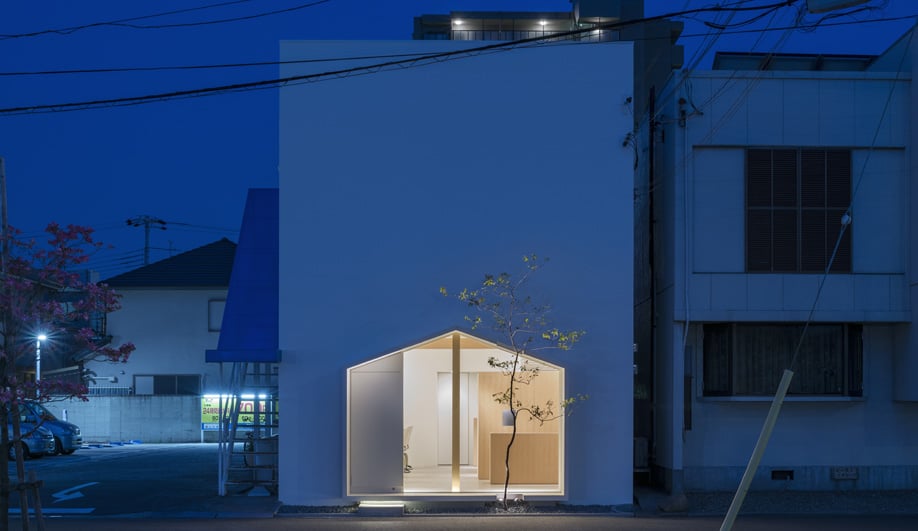 When the Folm Arts beauty salon in the seaport of Sakai (in Osaka Prefecture) celebrated its 10-year anniversary earlier this year, the owner marked the occasion by giving the neighbourhood staple a facelift. He charged local architect Tsubasa Iwahashi – whose previous works include a cantilevered beauty salon and a teeth-shaped dental clinic – with the task of re-energizing the building.

Iwahashi started by wrapping the existing steel shell in an envelope of plaster. He then took on the storefront, with the aim of creating something that reflected the owner’s affable reputation. His new white facade covers over the original glass entrance doors and windows, and in their place he inserted a single window in the shape of a house (the entrance has been shifted to the left). It conjures a sense of familiarity and welcome, and connects the commercial structure with its residential neighbourhood.

Only a birch beam interrupts the glazing, but instead of disrupting the view inside (or out), it naturally separates the salon into two sections. From the street, the window frames the interior, offering a tunnelled view of the salon and concealing the styling stations that line the walls. The peaked-roof house shape is also strategic: it blocks the afternoon sun.

The über-minimal palette is continued inside, where the birch reception desk welcomes customers. Behind it, a birch wall encloses the bathroom facilities opposite the private styling area. A hint of quirk is found in the arched mirrors that seem to pop out of the wall at every station.

A spindly tree in the front rock garden is the finishing touch. It stands perfectly in front of the window, possibly provoking passersby to wonder if the building is in fact a house.

SHARE
Twitter, Facebook, LinkedIn, Pinterest, Email
TAGS
Commercial,
AZURE is an independent magazine working to bring you the best in design, architecture and interiors. We rely on advertising revenue to support the creative content on our site. Please consider whitelisting our site in your settings, or pausing your adblocker while stopping by.