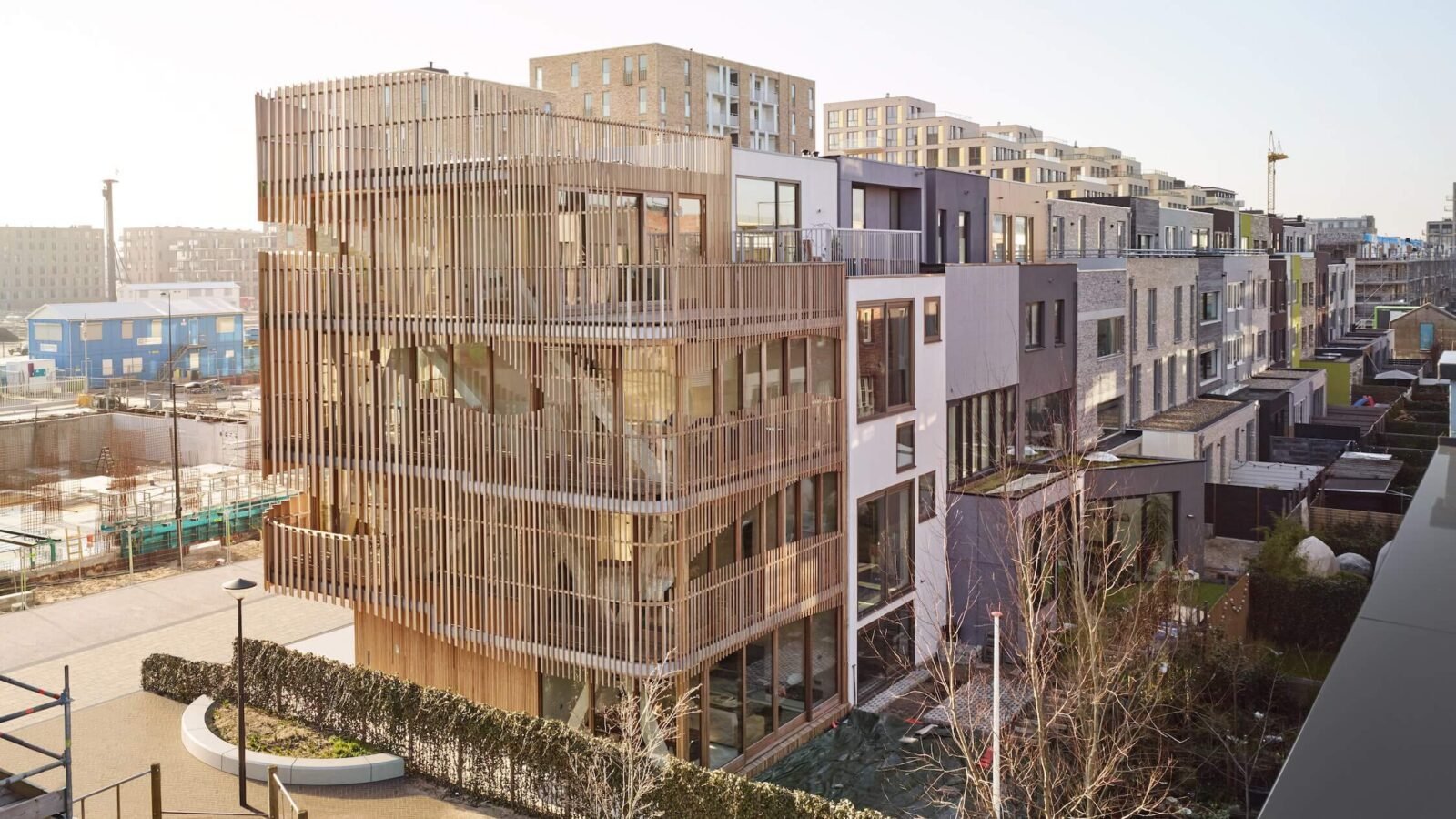 A Biophilic Residential Building in Amsterdam Shows the Wonder of Wood

Wrapped in an organically shaped warm wood lattice, a pair of 120-square-metre duplexes in Amsterdam makes a resounding case for CLT. The firm behind the project, GG Loop, which was founded in 2014 by Giacomo Garziano, turned to cross-laminated timber as opposed to concrete for its structural performance, its ability to be prefabricated and its carbon-sequestering nature. But most of all, the material allowed the firm to pursue a biophilic design that promotes well-being and speaks to Amsterdam’s Dutch-maritime history. 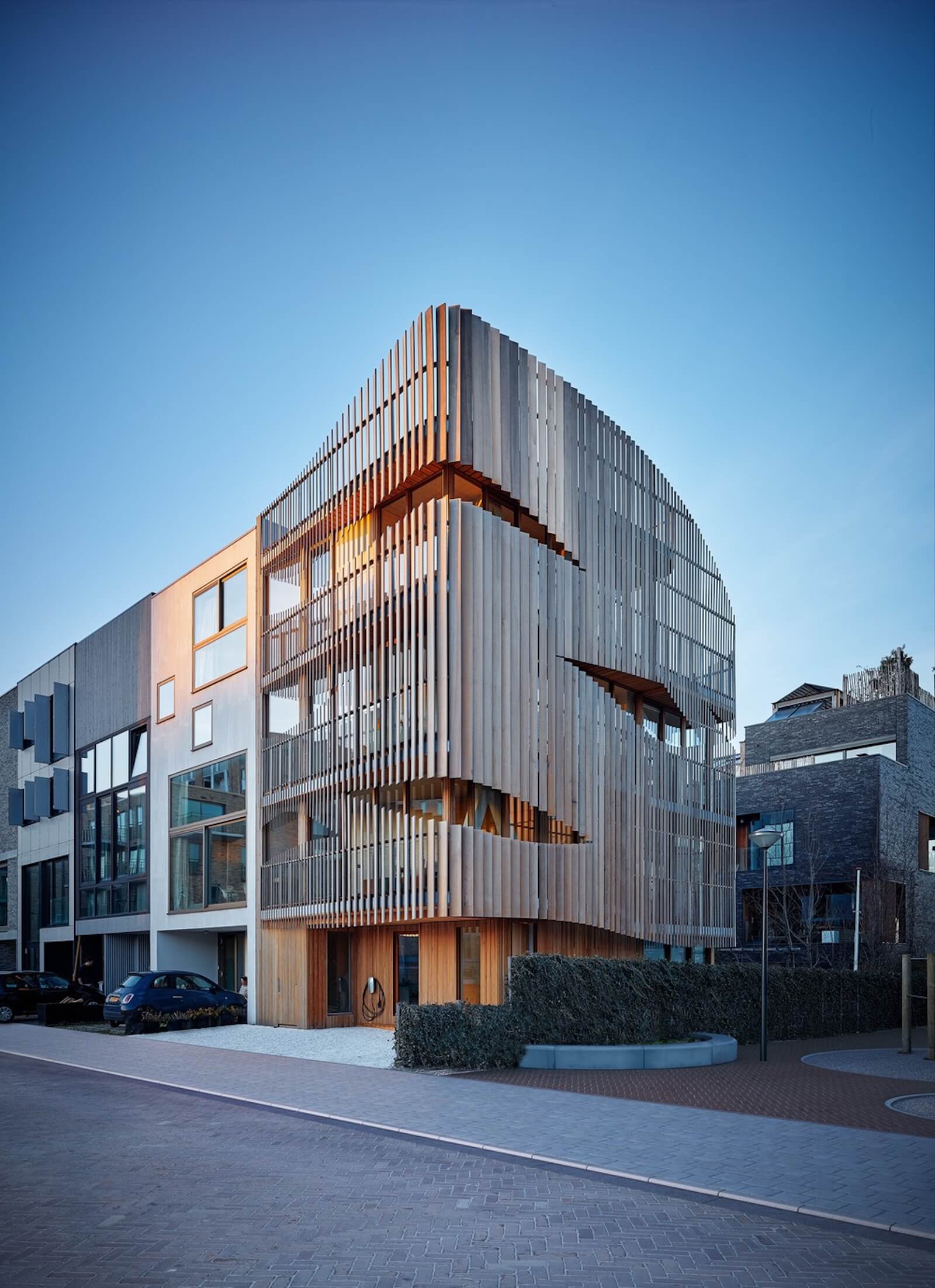 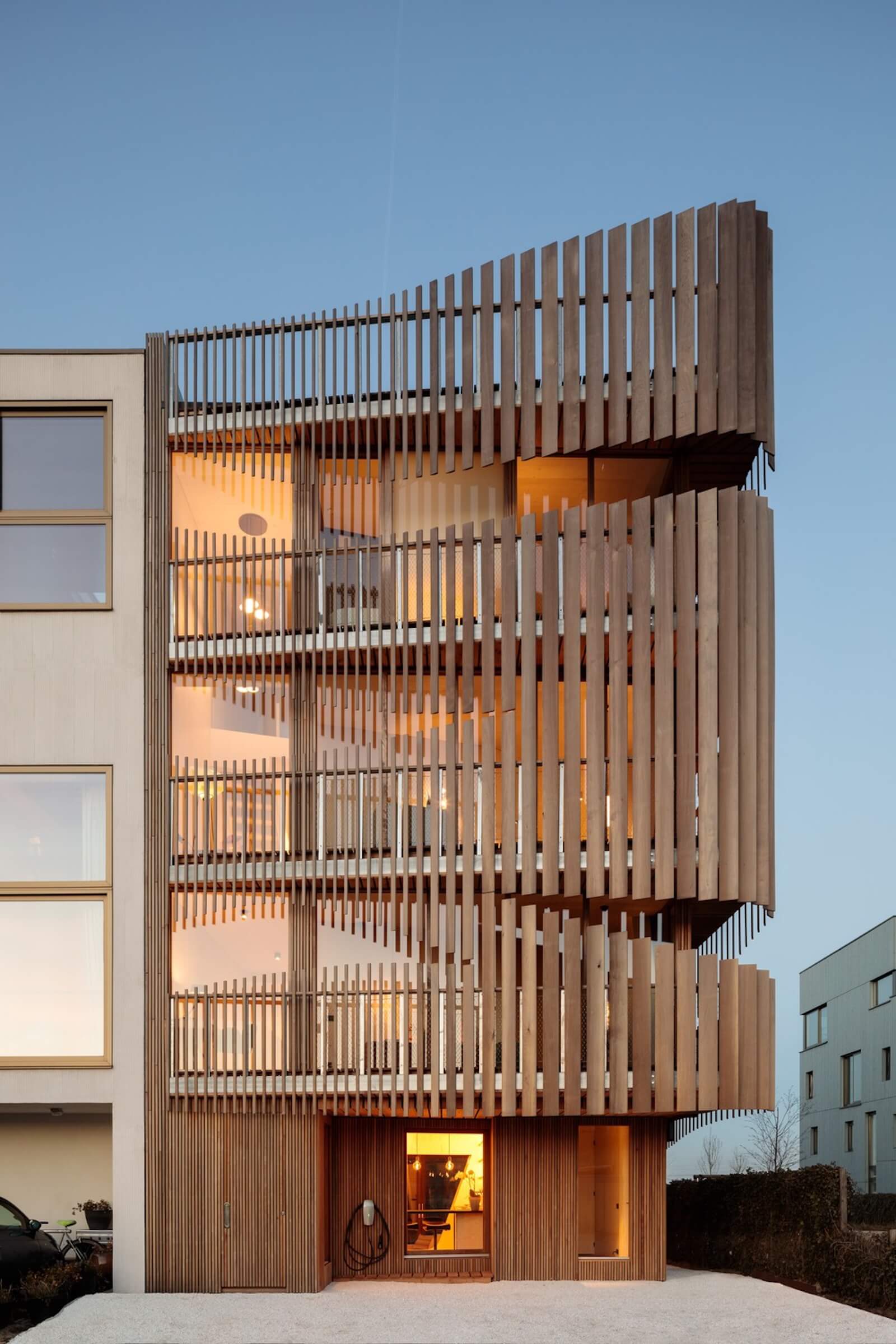 Named Freebooter, in reference to the “private freelancers who assembled teams of sailors to explore the high seas,” the building stands on the corner of a residential block on the island of Zeeburgereiland, facing the Ij river. Like a ship’s hull, it’s built of wood, steel and glass. And also like the inside of a ship, the interior is a free-flowing layout of sculpted millwork with stepped inclines from one space to the next. Every detail – in western red cedar, pine and steel – was prefabricated. 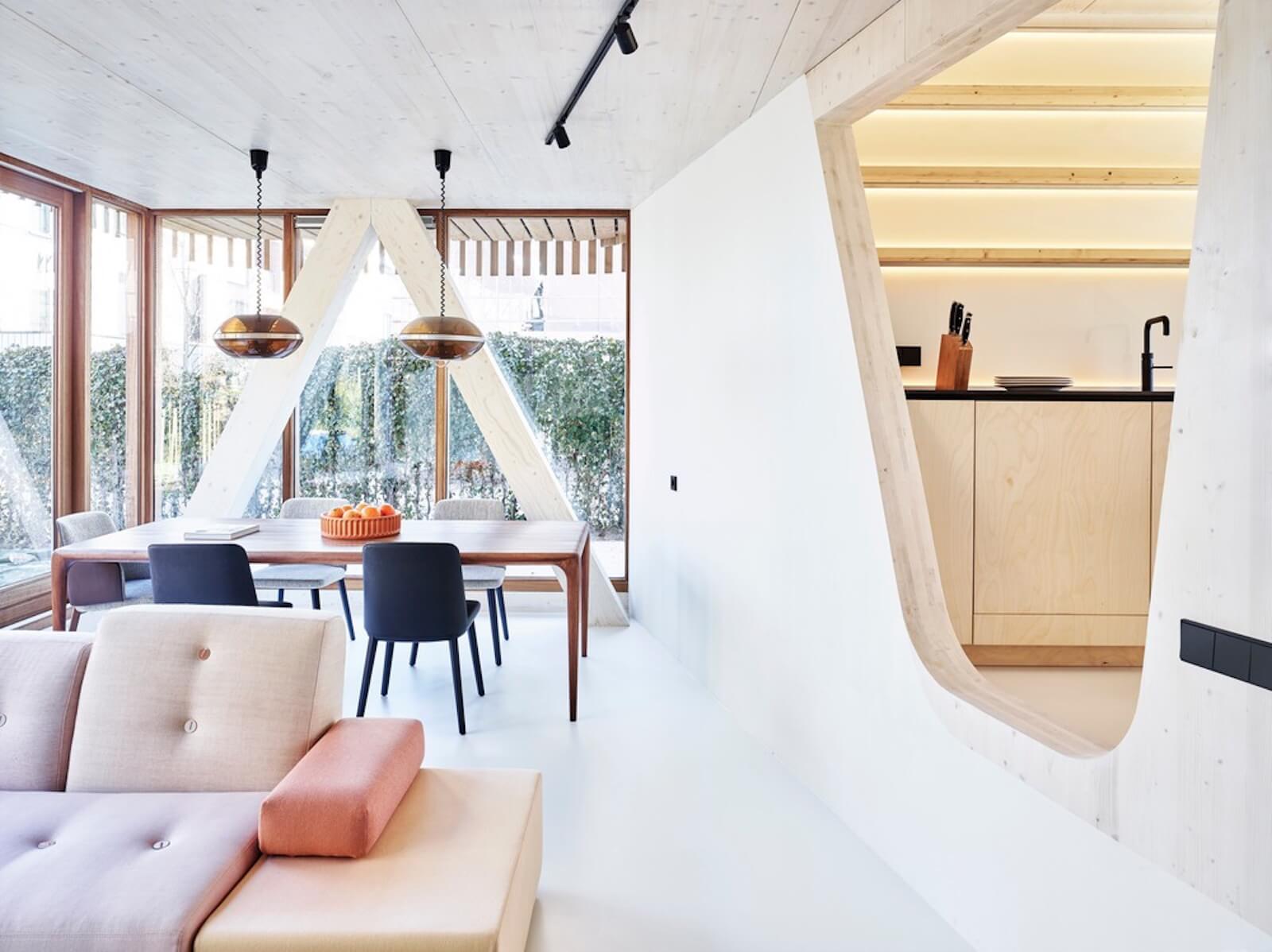 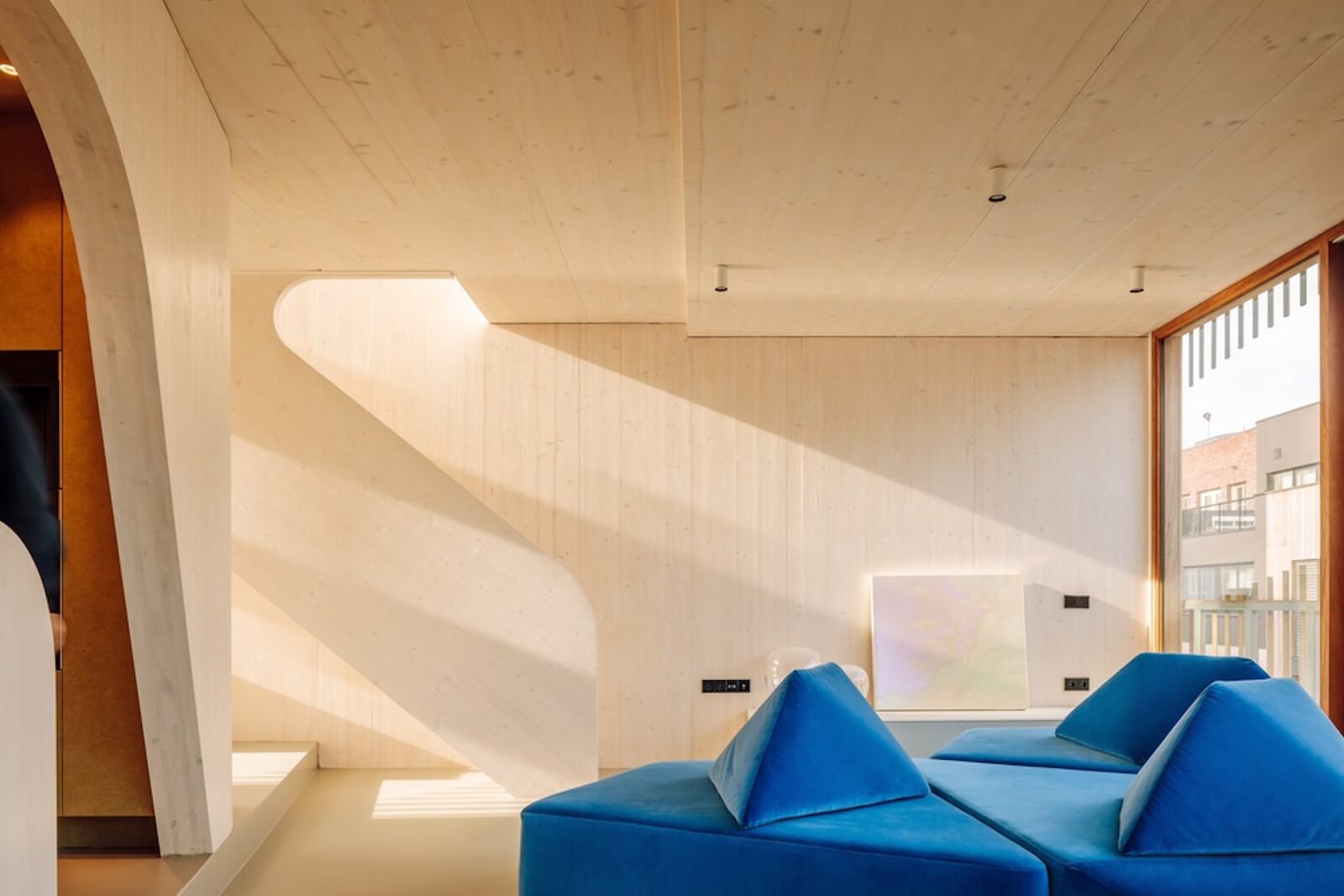 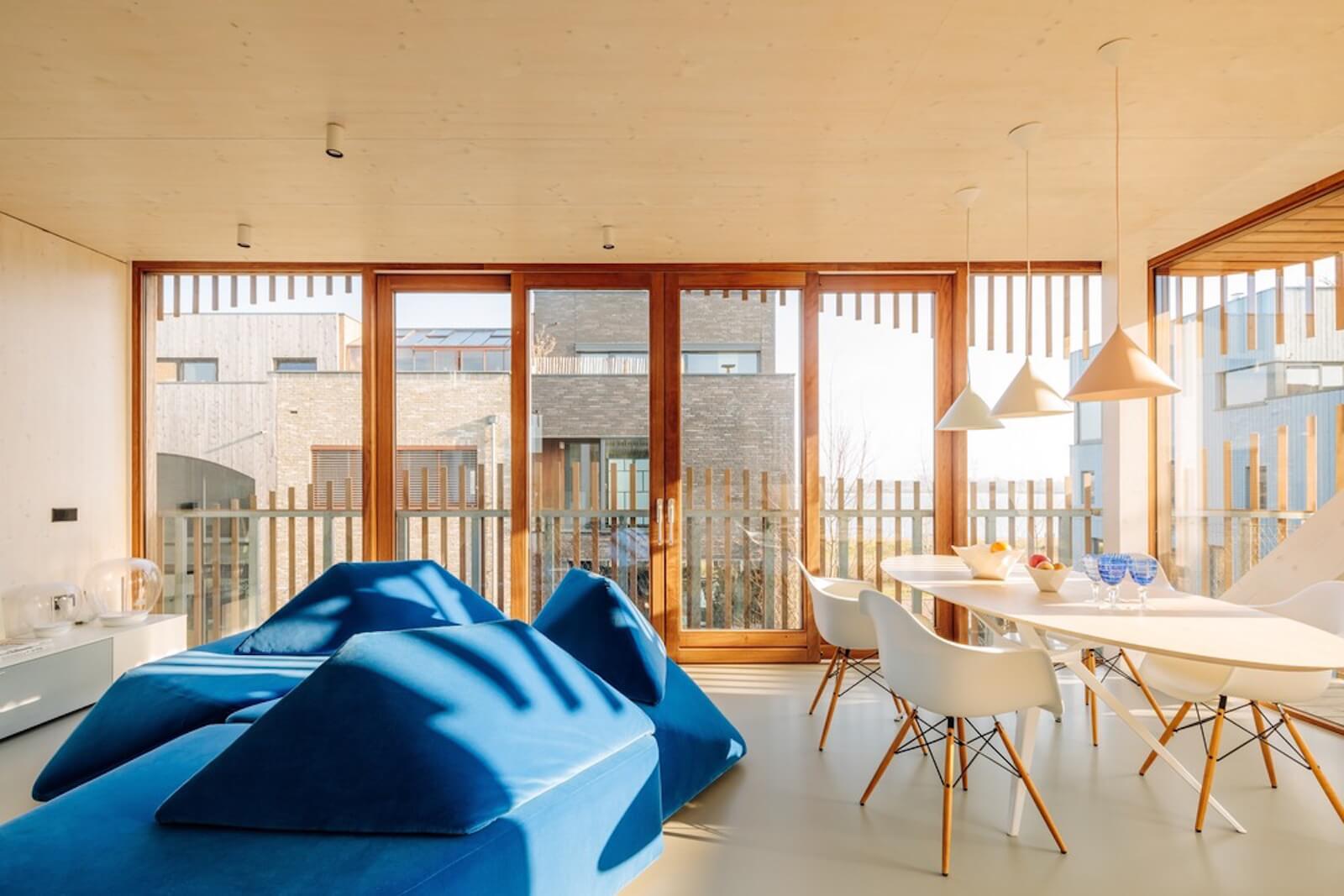 While sea-faring vessels inspired the building’s form, nature guided its functionality – especially when it comes to the bold facade. Garziano studied the movement of the sun year-round to create its parametric shape and to position the louvers to allow for sunlight to flood the apartment while also providing privacy. In key areas, the façade is carved away to allow for direct light and to bring more dynamism to the design. 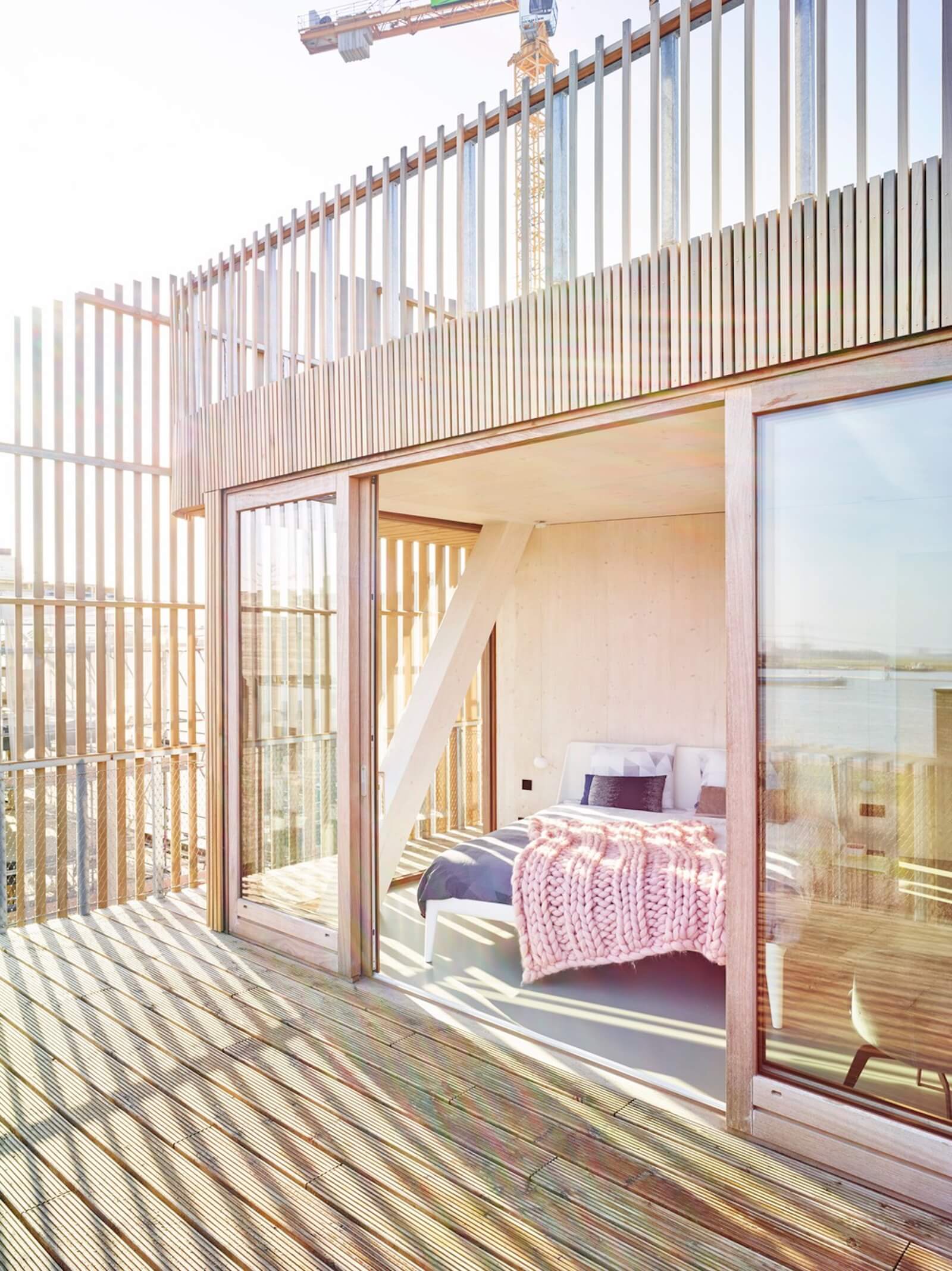 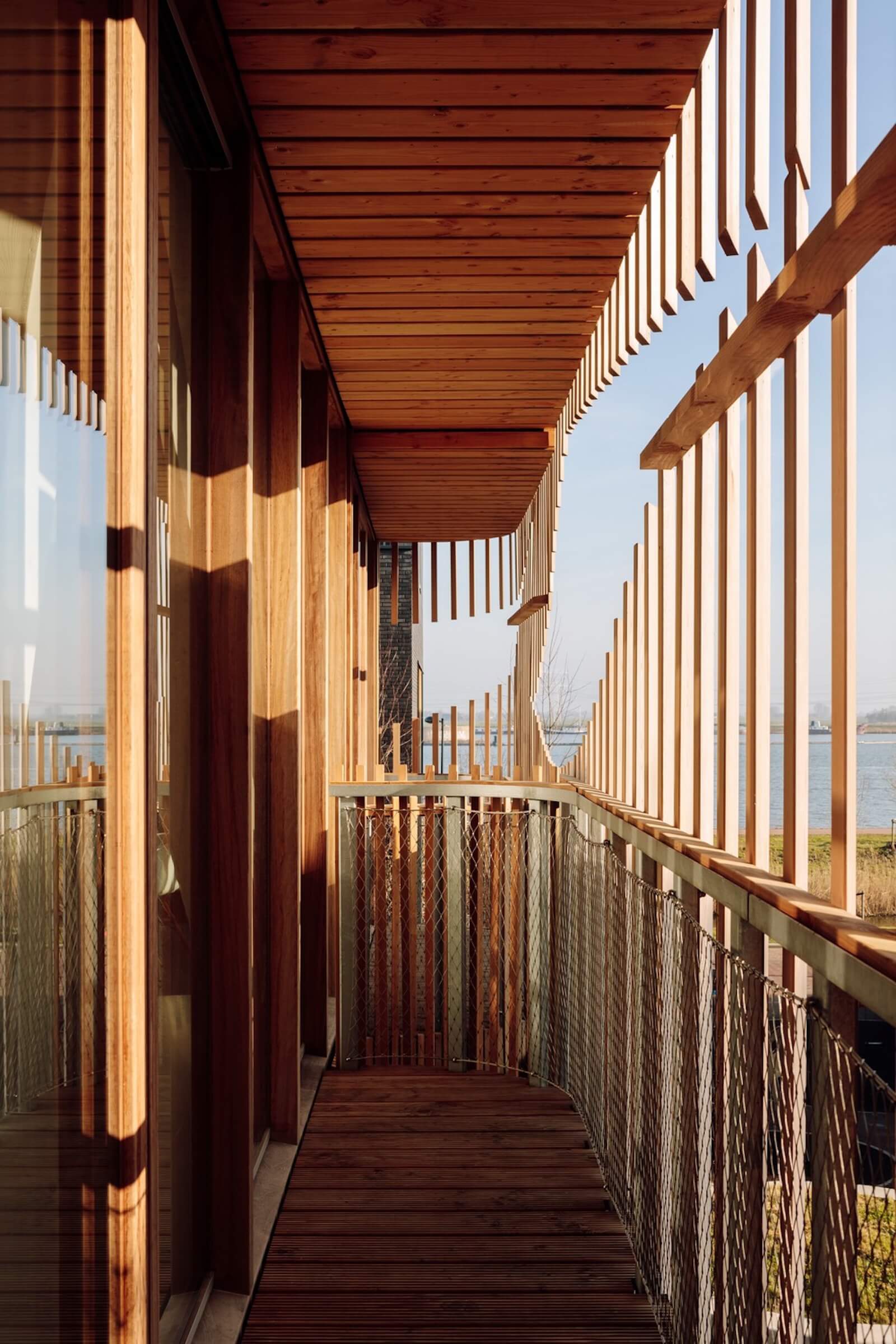 Sustainability was a key aspect. The incorporation of solar roof panels, high-performance insulation and a mechanical and natural ventilation system has resulted in a building that consumes almost no energy. Here the wisdom of choosing CLT comes full circle: The 122.5 metres cubed of wood, 98 per cent of which is PEFC-certified, stores nearly 80 tonnes of CO2, “offsetting nearly 700,000 km of exhaust gas from a mid-range car and the energy consumption of 87 homes in one year,” the firm states.