A brilliant library in northern Italy
Nestled in a residential area of Maranello, Emilia-Romagna, the new building by Arata Isozaki and Andrea Maffei features winding windows that bring in the elements to create a light-filled reader's retreat. 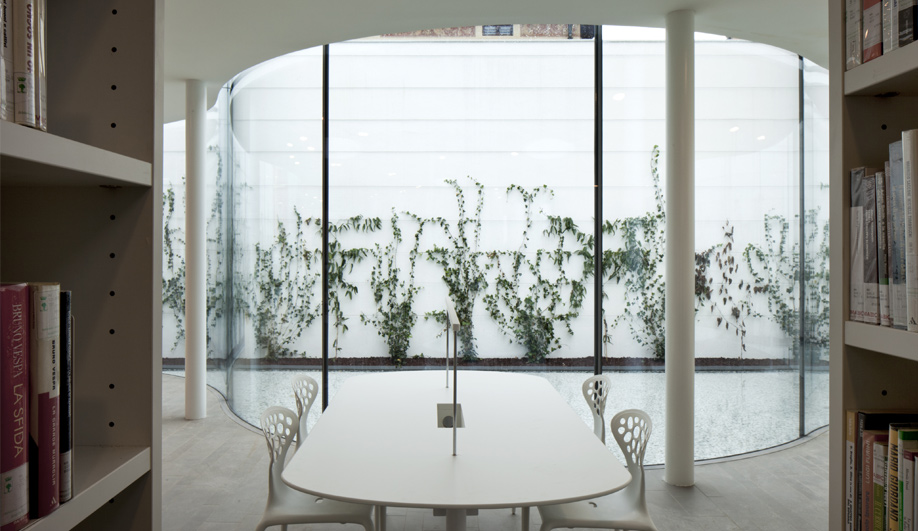 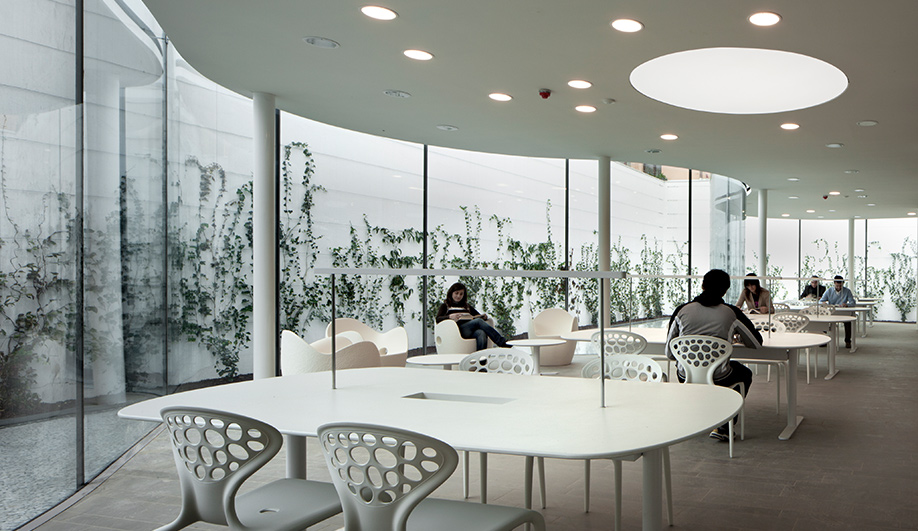 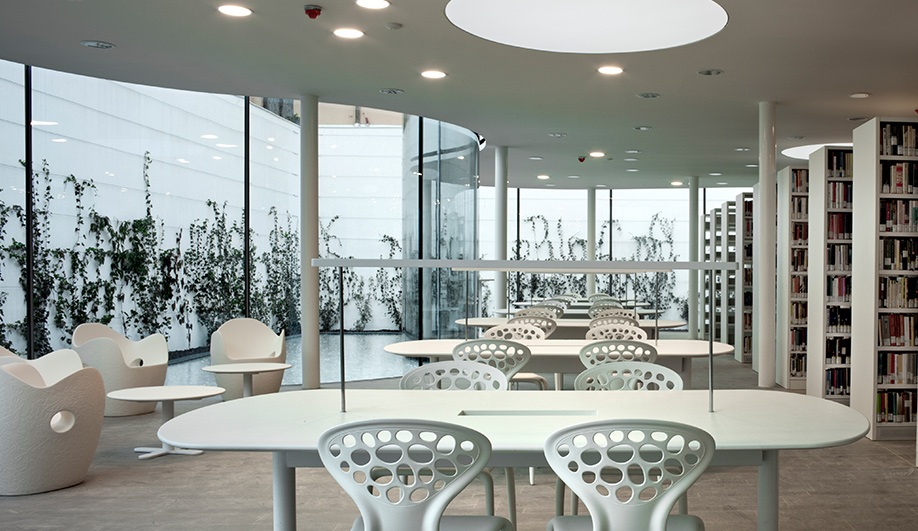 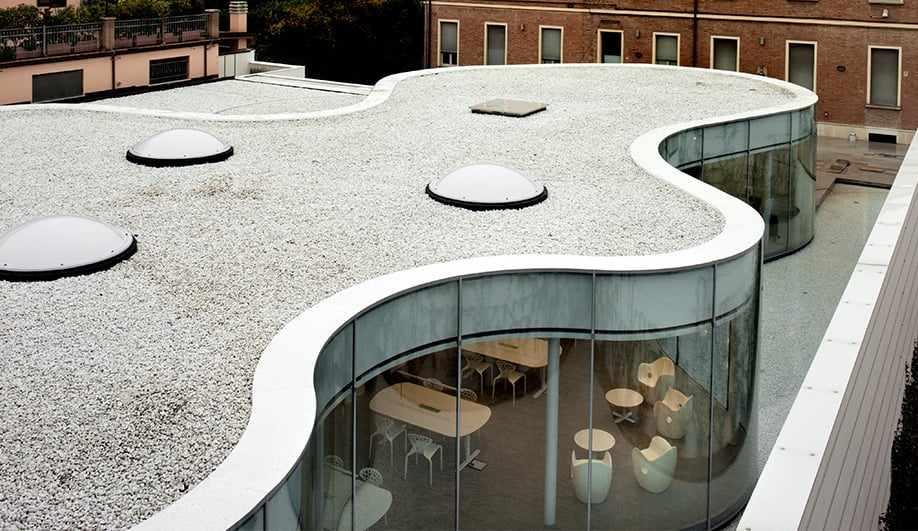 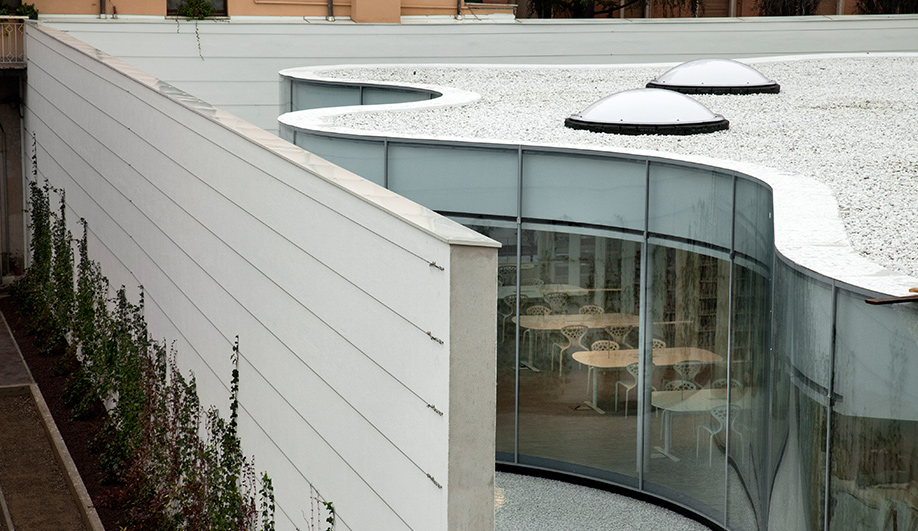 While public works in many Eurozone countries have stalled or been shelved during the ongoing economic downturn, Maranello, in the northern Italian region of Emilia Romagna, has unveiled a bold new library. Lucia Bursi, the mayor of the town, which is home to 17,000 residents and the headquarters of Ferrari, calls it “a cultural investment for the entire community.” The project owes its success in no small part to its designers – Tokyo’s Arata Isozaki and Andrea Maffei, partner in Isozaki’s Milan office – who worked closely with local administration to steer the project through to completion. Their design bested nearly 150 competitors in an open international competition, and the finished building opened late last year.

As a place for intellectual pursuit, the library was designed to be both open to the elements and secluded from its residential surroundings, a paradox resolved by retaining the exterior walls of the previous building, left standing as three sides of a box enclosing a new, curvy 1,000-square-metre glass building. The exterior walls, now white and covered with ivy, are separated from the serpentine windows of the new structure by a shallow reflecting pool, which mirrors the ivy and recreates a horizon outside the library’s vistas.

The floor-to-ceiling windows are perhaps the library’s most striking feature. Running the length of the building, they curve sinuously and offer multiple panoramas while allowing light to flood every inch of the reading area, amplified by the reflecting pools and the white interior finishes of the stacks and reading room.

Only 850 square metres, the library also contains an exhibition space, municipal archives, cafeteria, and an underground level for community programming, making for a sensitive insertion into the quiet town. Minimal consumption of fuel guided the design from the beginning, leading the architects to choose geothermal systems for heat regulation, and resulting in a structure that is as future-friendly as it is tranquil.

SHARE
Twitter, Facebook, LinkedIn, Pinterest, Email
TAGS
Cultural, Green Design,
AZURE is an independent magazine working to bring you the best in design, architecture and interiors. We rely on advertising revenue to support the creative content on our site. Please consider whitelisting our site in your settings, or pausing your adblocker while stopping by.