A Cloud of Bottles on Governors Island
Every hour, New Yorkers dispose of 53,780 plastic bottles. That's a shame, but architecture firm StudioKCA has turned this waste into fodder for a shimmering public pavilion on Governors Island. 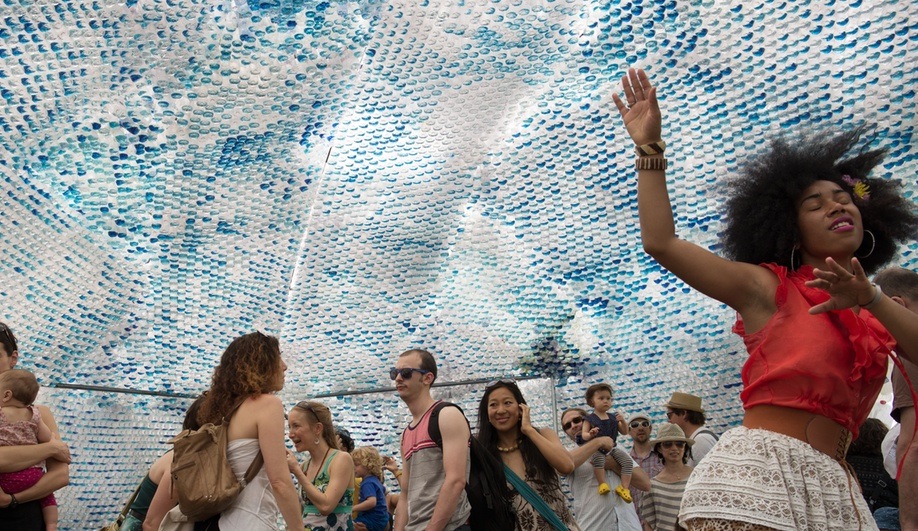 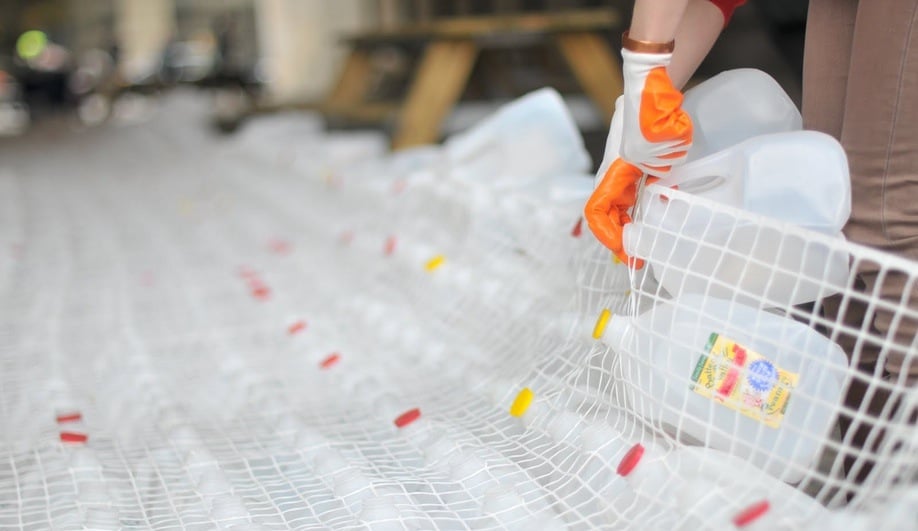 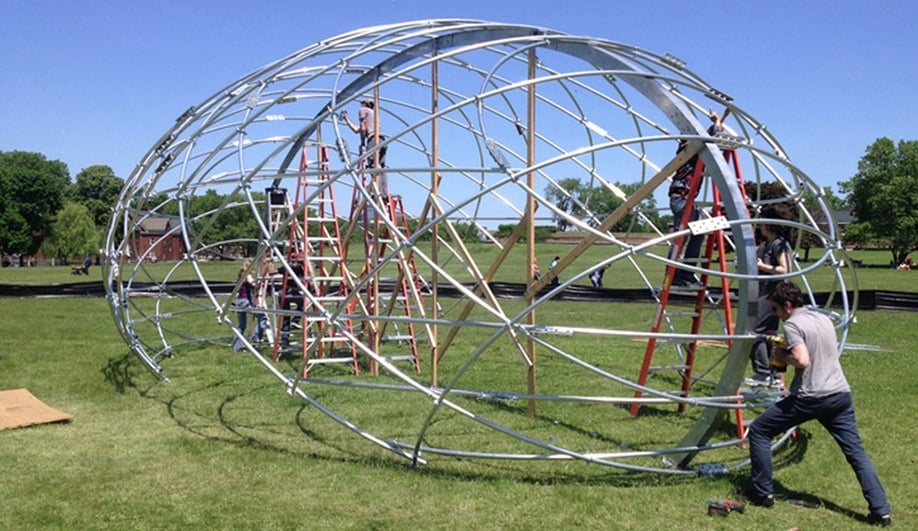 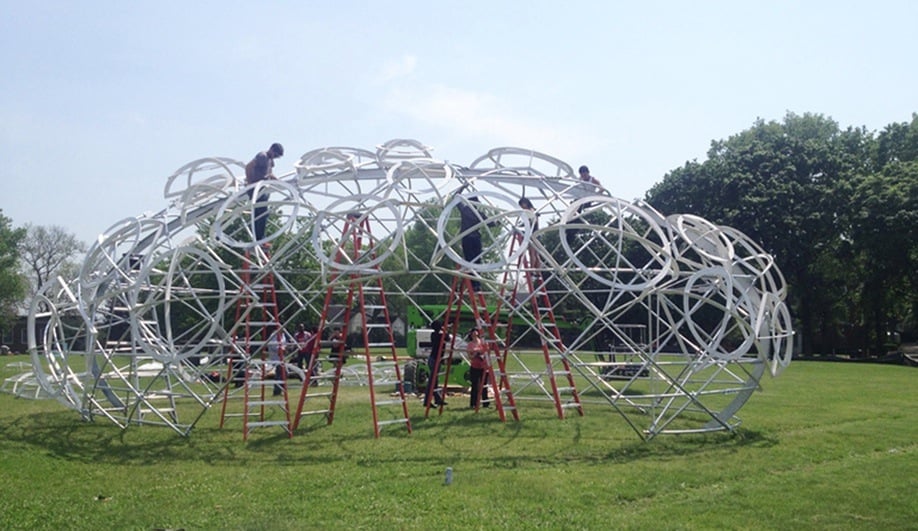 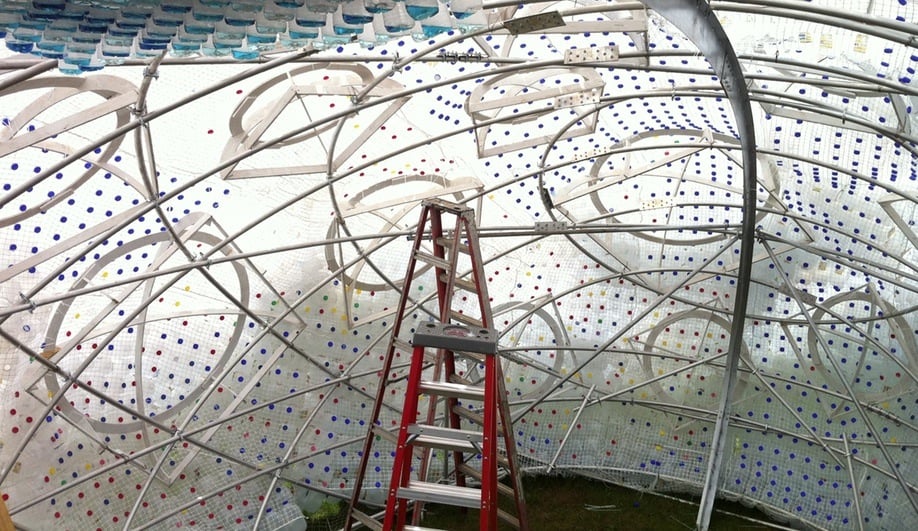 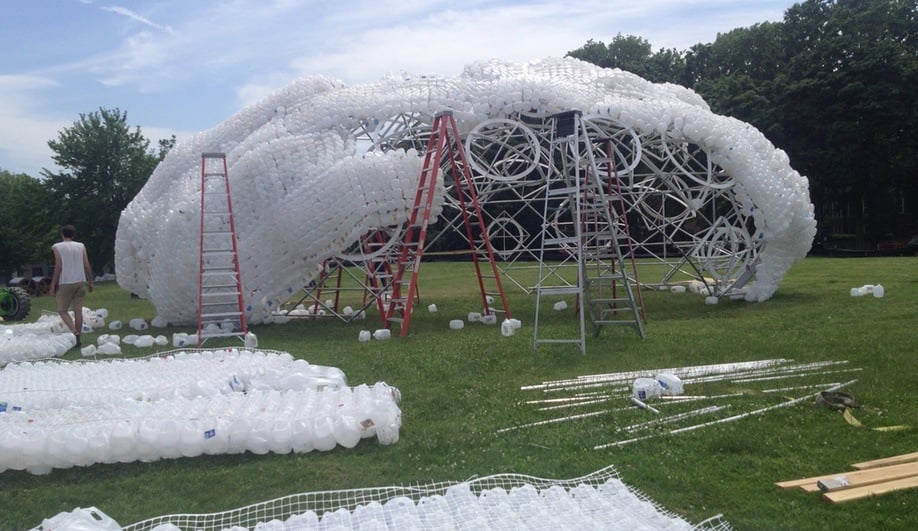 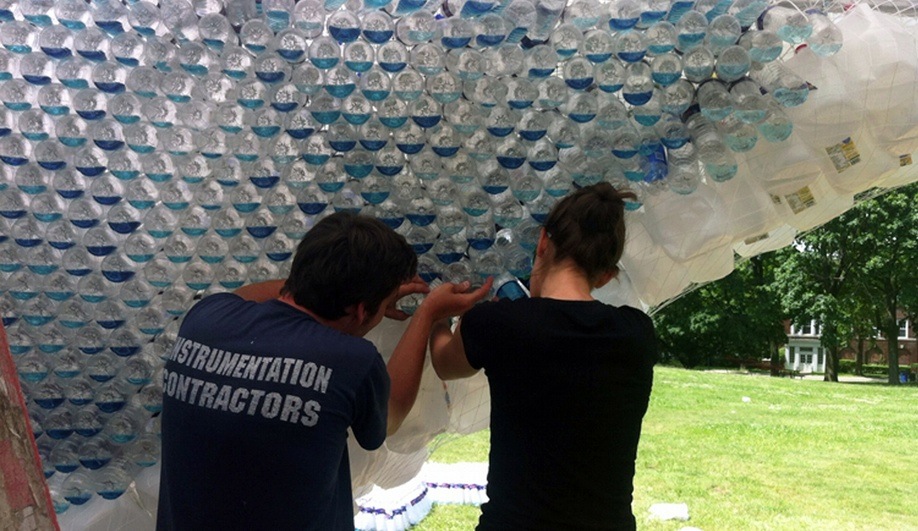 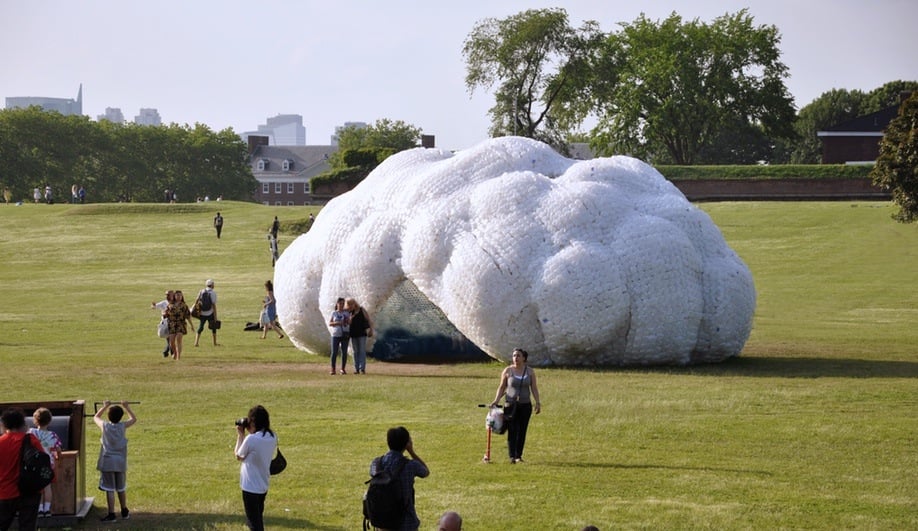 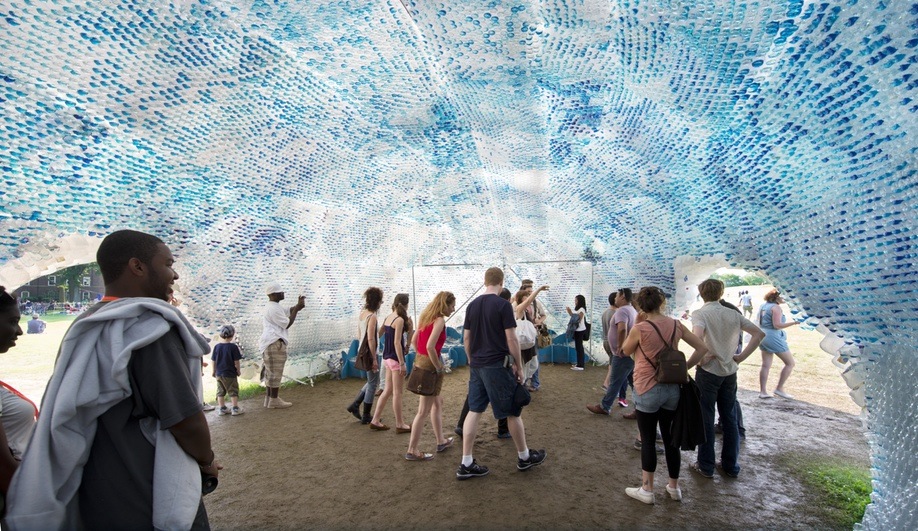 Head in the Clouds, which will be up on New York’s Governors Island until September 22, consists of a loopy aluminum frame that supports one-gallon jugs – tied up like pillows – on its exterior. On the inside of the frame, a metal net supports water bottles filled with inky-blue organic food colouring that filters the sunlight. The 75-square-metre installation resembles a fluffy white cloud from the distance, but when you’re inside – it comfortably shelters 50 – you feel like you’re 20,000 leagues under the sea. Designed to complement arts events on the island, it also houses a small stage for off-the-cuff performances.

StudioKCA, founded in 2009 by Jason Klimoski and Lesley Chang, won the brief to build the structure in a competition (hosted by the American Institute of Architects’ New York chapter, the Structural Engineers Association of New York and the arts organization Figment) that attracted over 200 submissions.

Their chosen concept spoke directly to the contest’s “city of dreams” theme – with an environmental message, to boot – and they set off to collect the bottles that make up the pavilion from local businesses, schools and individuals. The total number of bottles diverted from landfill: a cool 53,780, which represents the number tossed every hour in New York City alone. They also turned to Kickstarter to raise funds for the structural materials and machine time required to build the cloud. Once all the components were available, they rounded up 200 volunteers to assemble it.

While the pavilion is undeniably fun – even beautiful – it signifies a wake-up call about the 60 million plastic bottles thrown away every day in the U.S. That’s enough to build an endless array of bottle-clad entertainment venues.

SHARE
Twitter, Facebook, LinkedIn, Pinterest, Email
TAGS
Art, Green Design, Installation,
AZURE is an independent magazine working to bring you the best in design, architecture and interiors. We rely on advertising revenue to support the creative content on our site. Please consider whitelisting our site in your settings, or pausing your adblocker while stopping by.