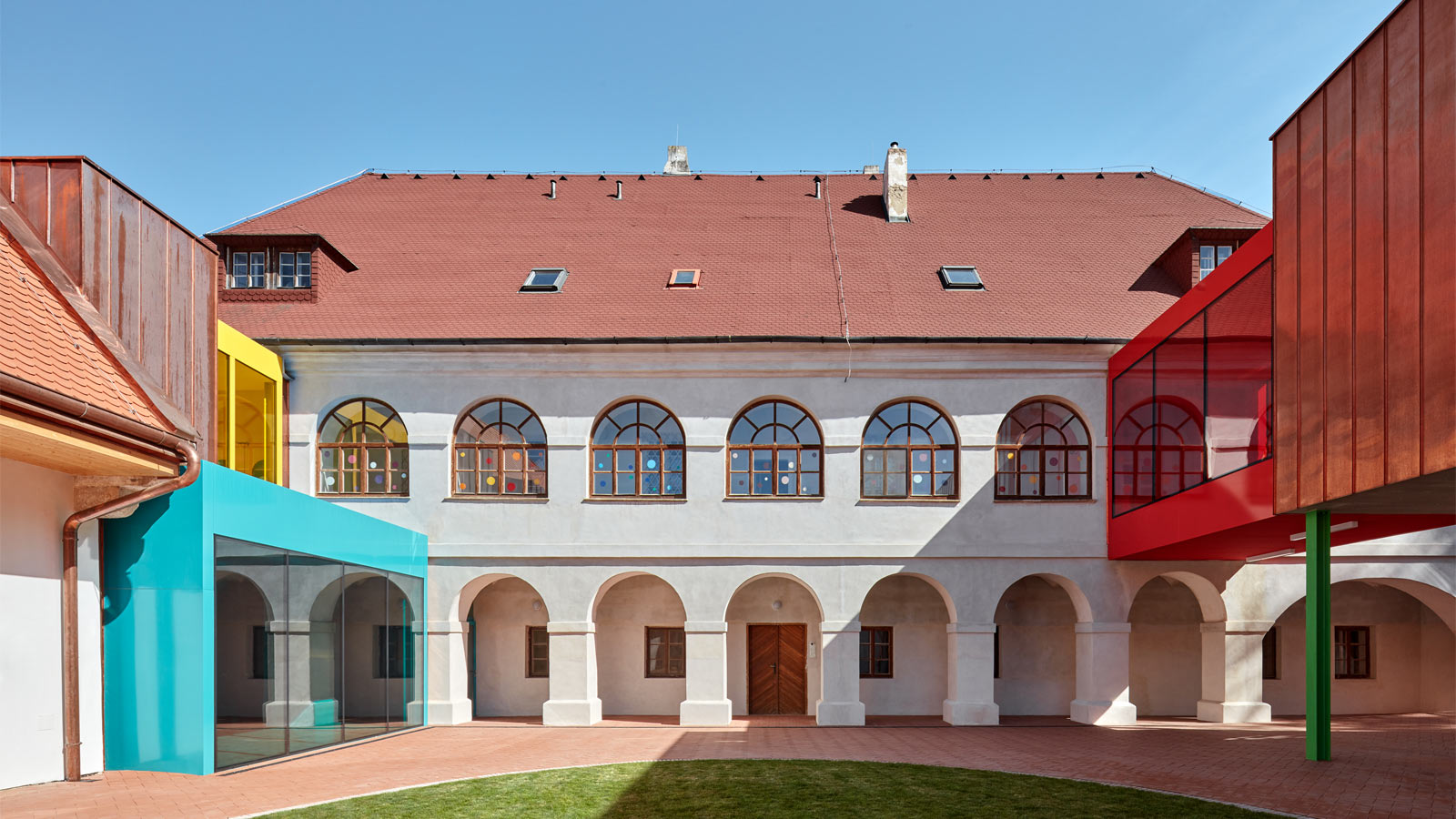 In the village of Vřesovice u Prostějova, Public Atelier and Studio FUUZE artfully combine heritage preservation and aesthetic daring.

In the Czech village of Vřesovice u Prostějova, the parish building has stood at the geographic centre of the community for centuries. Located at the town’s main intersection, the Baroque church house still stakes out a marquee presence there. Following a recent revitalization, the subtly ornamented structure looks as good as ever. Behind its stately facade, however, a striking and playful new elementary school sits in the former rectory and parish house.

Led by Czech architects Public Atelier and Studio FUUZE, the project saw the courtyard building adapted into a school and daycare complex, with a gymnasium and club rooms still poised to be added as part of an ongoing expansion and retrofit.

The project dates to 2013, when an agreement between the church and the municipality of Vřesovice saw the vacant 950-square-metre property moved into public ownership. As a condition of the land transfer, the church requested that the building be preserved in situ and used for a public purpose. When Public Atelier and Studio FUUZE were commissioned in 2016, the stage was set for an ambitious fusion of sensitive adaptive reuse and bold intervention.

With the roof trusses of the Baroque building rapidly decaying, the architects had to structurally retrofit the complex while redesigning the existing interiors to support a new program.

Alongside a carefully reconfigured layout that houses new classrooms and daycare spaces, the designers introduced a series of new passageways to enable more open circulation through the complex.

Meanwhile, interiors in the new wings are announced in bursts of colour. Shades of red, blue, yellow and green each create a distinct sense of place throughout the school, enlivening entrances, hallways and interstitial spaces. (It’s a placemaking approach reminiscent of other standout Czech public schools, including the recently completed Amos school outside of Prague).

The historic building was treated with deference — a simple palette of plaster walls, copper pipes and red roof tiles still defines the exterior — but the new additions are exuberant counterpoints to its Baroque heritage.

While vivid solid colours and glossy metallic finishes draw the eye, the contrast is pulled off with a tact that draws the disparate elements into a cohesive whole. Though the finishes and hues diverge, the proportions — and visual rhythms in fenestration and detailing — are carefully aligned.

In addition to the new passageways through the complex — including a showpiece red skybridge — Public Atelier and Studio FUUZE’s circulation parlays the courtyard into a vital feature for the school. Here, the bright new additions stand out more assertively, fostering an energetic presence — even after the school bell rings. 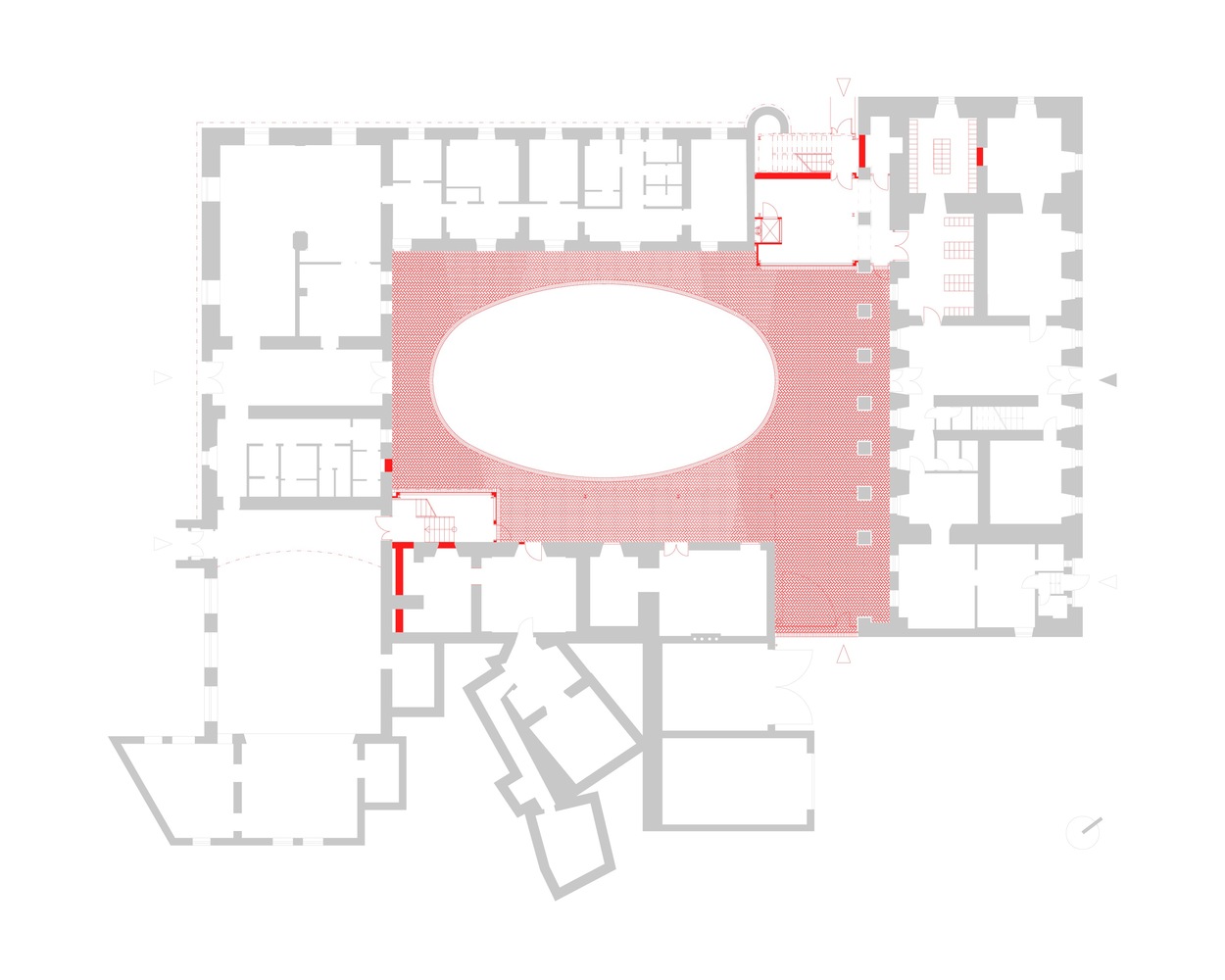 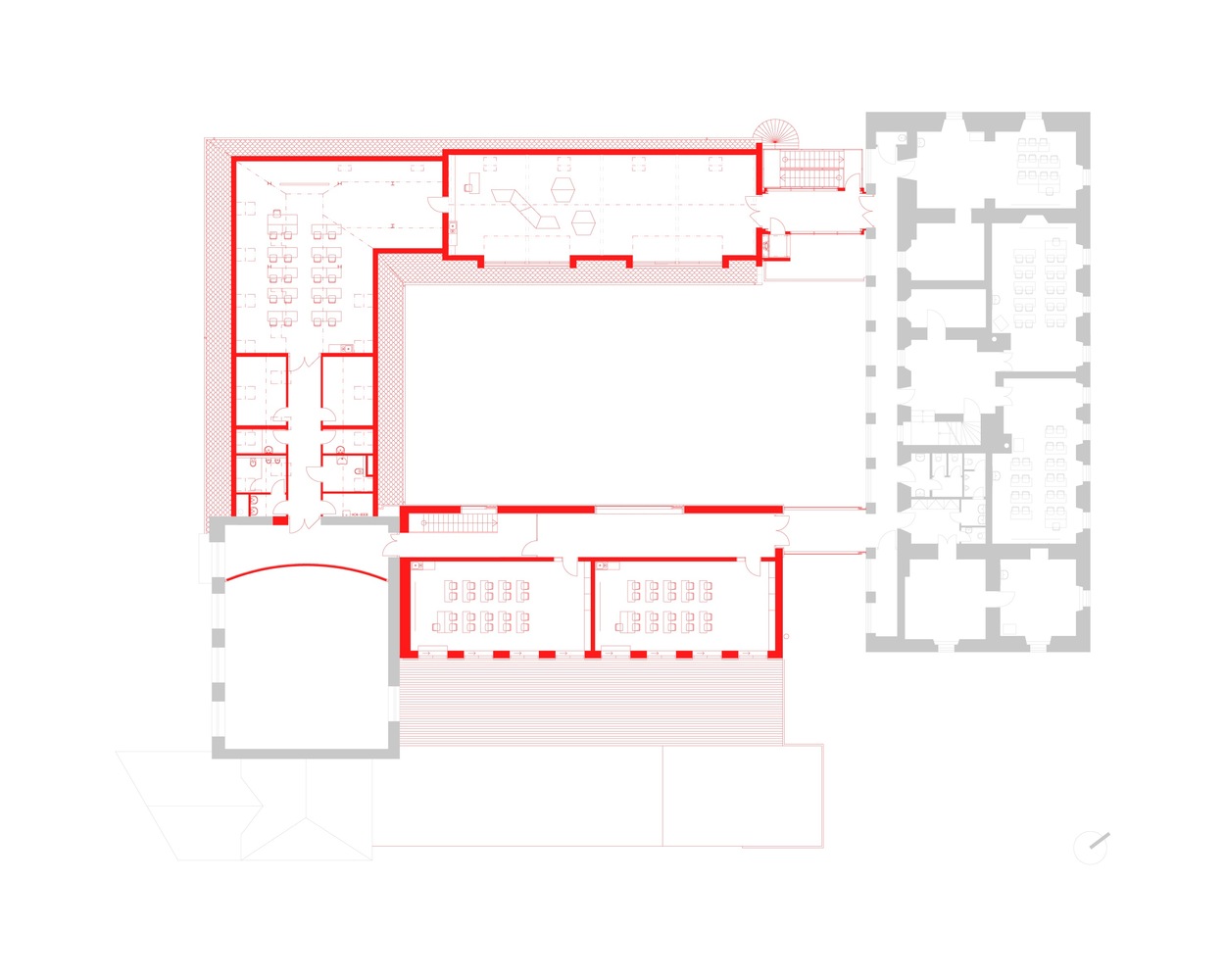 In the village of Vřesovice u Prostějova, Public Atelier and Studio FUUZE artfully combine heritage preservation and aesthetic daring.