A dazzling photo gallery by Diamond Schmitt Architects
The Toronto firm transforms an underused site at the heart of the Ryerson University campus into the Ryerson Image Centre, an inviting gallery and space for film, photo and multimedia research, archiving and exhibition. 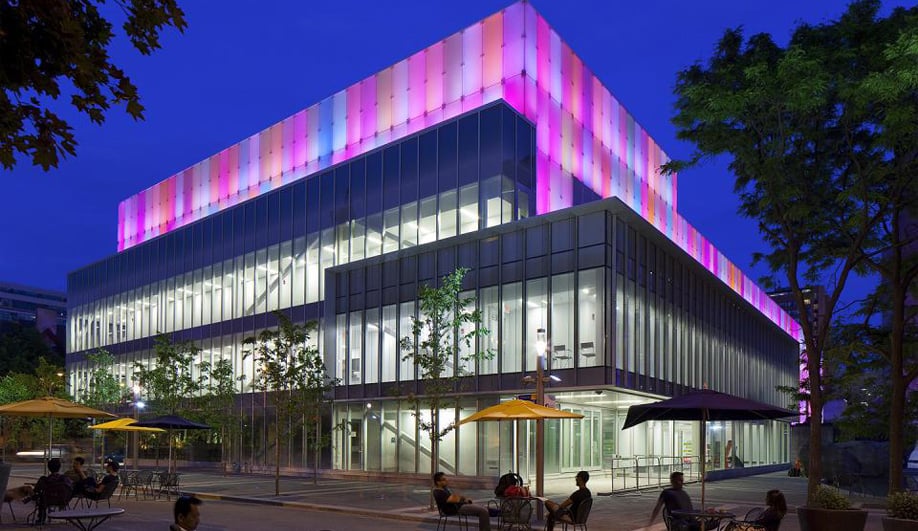 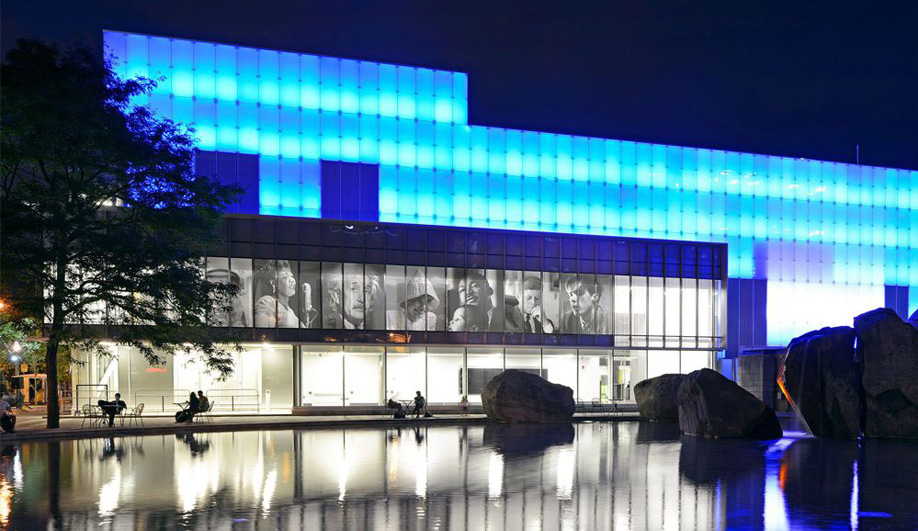 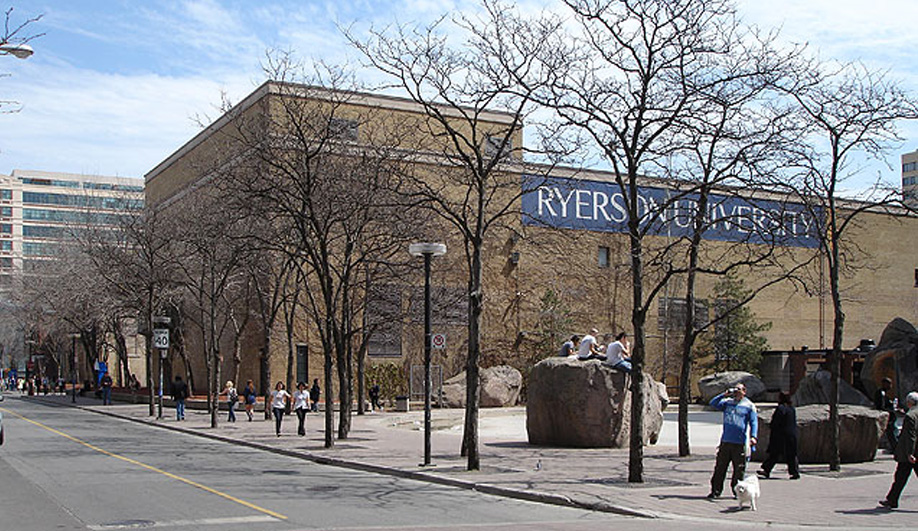 Ryerson’s image center prior to the redesign 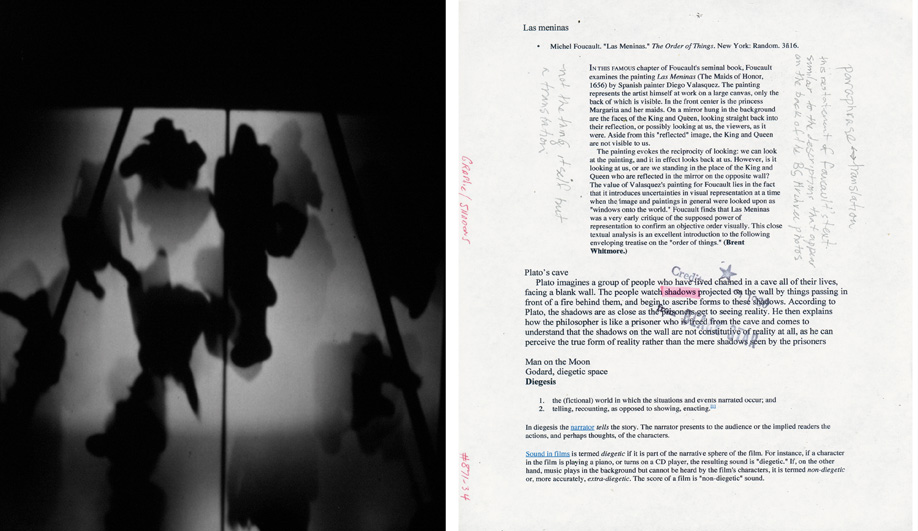 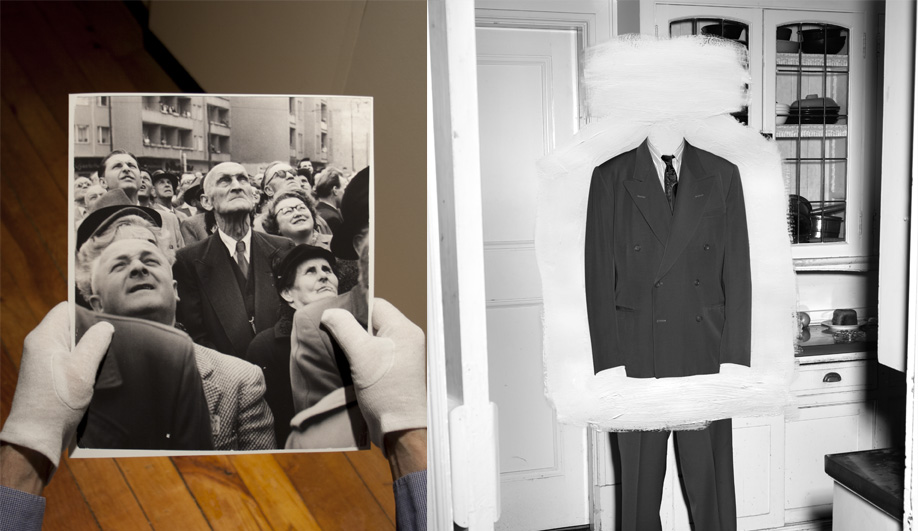 Affectionately known as “the Rick” by students and faculty, the revamped facility occupies the same frame as the old centre – a yellow brick box that offered little to students and less to the streetscape, despite occupying a location overlooking a popular skating rink. The bright new centre makes its presence known with a stunning glass colonnade at the main floor entrance, and above it, a row of large-scale portraits including those of JFK and Andy Warhol.

Crowning the structure is a light-based multimedia installation designed by the architects. It signifies the clean slate Diamond + Schmitt Architects gained by partially demolishing the old centre.

Inside, the most profound of the firm’s changes was to move the exhibition space from the top floor to the first, and positioning the main entrance so that it faces the skating rink. Other functions are not isolated, but reorganized in a way that encourages the serendipitous meeting of people in different departments. Diamond + Schmitt also updated these departments, particularly the galleries, research areas and archives, into state-of-the-art facilities.

The archives are of particular importance; the RIC recently gained 300,000 black and white photojournalistic prints from New York’s Black Star Agency documenting 20th-century events and people. (It’s also the largest cultural gift ever made to a Canadian university.) The images on the building’s exterior come from this very collection.

Already the winner of Architectural Lighting’s Light & Architecture Design Award for Best Use of Color, the light installation that tops the building connects panels backlit by an array of LEDs to a smartphone app. Capable of producing 16.7 million colour combinations, the LEDs change colour in response to input from anyone using the app. Tomorrow evening, this interactive element will be tested for the first time during the all-night art festival Nuit Blanche.

The centre is also hosting its inaugural exhibit, Archival Dialogues: Reading the Black Star Collection, where eight renowned artists explore the photos, and the process of exploration itself, to produce multi-media installations. TAUT by Michael Snow projects a film of crowd scene photos, delicately handled with white kid gloves, onto a white-draped classroom, while Stephen Andrews’s Dramatis Personae casts images of Lee Harvey Oswald and Buddhist monk Thich Quang Duc as characters, weaving them with photos flipped to reveal their back side, stamped with the Black Star logo.

SHARE
Twitter, Facebook, LinkedIn, Pinterest, Email
TAGS
Photography,
AZURE is an independent magazine working to bring you the best in design, architecture and interiors. We rely on advertising revenue to support the creative content on our site. Please consider whitelisting our site in your settings, or pausing your adblocker while stopping by.