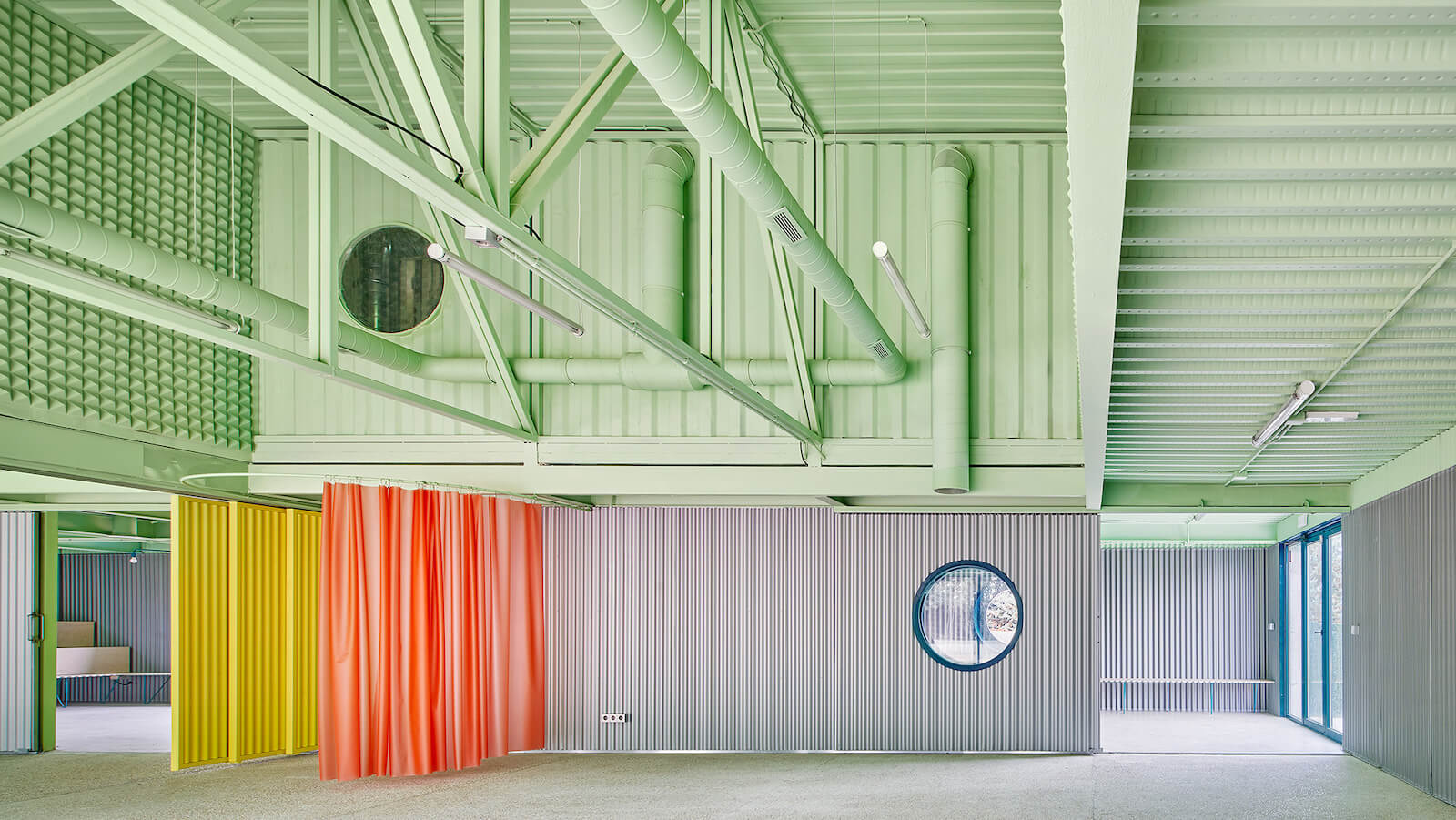 A Fantastic School for Dogs, Birds and Humans

You read that right. Educan, in Madrid, is an animal sanctuary and training facility – and it’s a beautiful building.

When a firm begins a press release by introducing Bicho and Bomba, the two Belgian Malinois dogs central to understanding its project, you have to be intrigued. And when the project itself is a vibrant, modern facility that serves as an animal sanctuary situated in an urban development (one that, over its long construction timeline, has imperilled the ecosystem of an area), the delight is doubled.

Madrid’s Educan School, by Enrique Espinosa of Eeestudio and Lys Villalba, is a marvel. A training centre for canines and a habitat for myriad other species, the expressively industrial-style building responds to the needs of its multi-species patrons, which also include Harris the owl, and a variety of birds and bats – creatures that thrive as pollinators and critter control, which includes preying on crop-destroying rodents – in numerous ingenious ways. 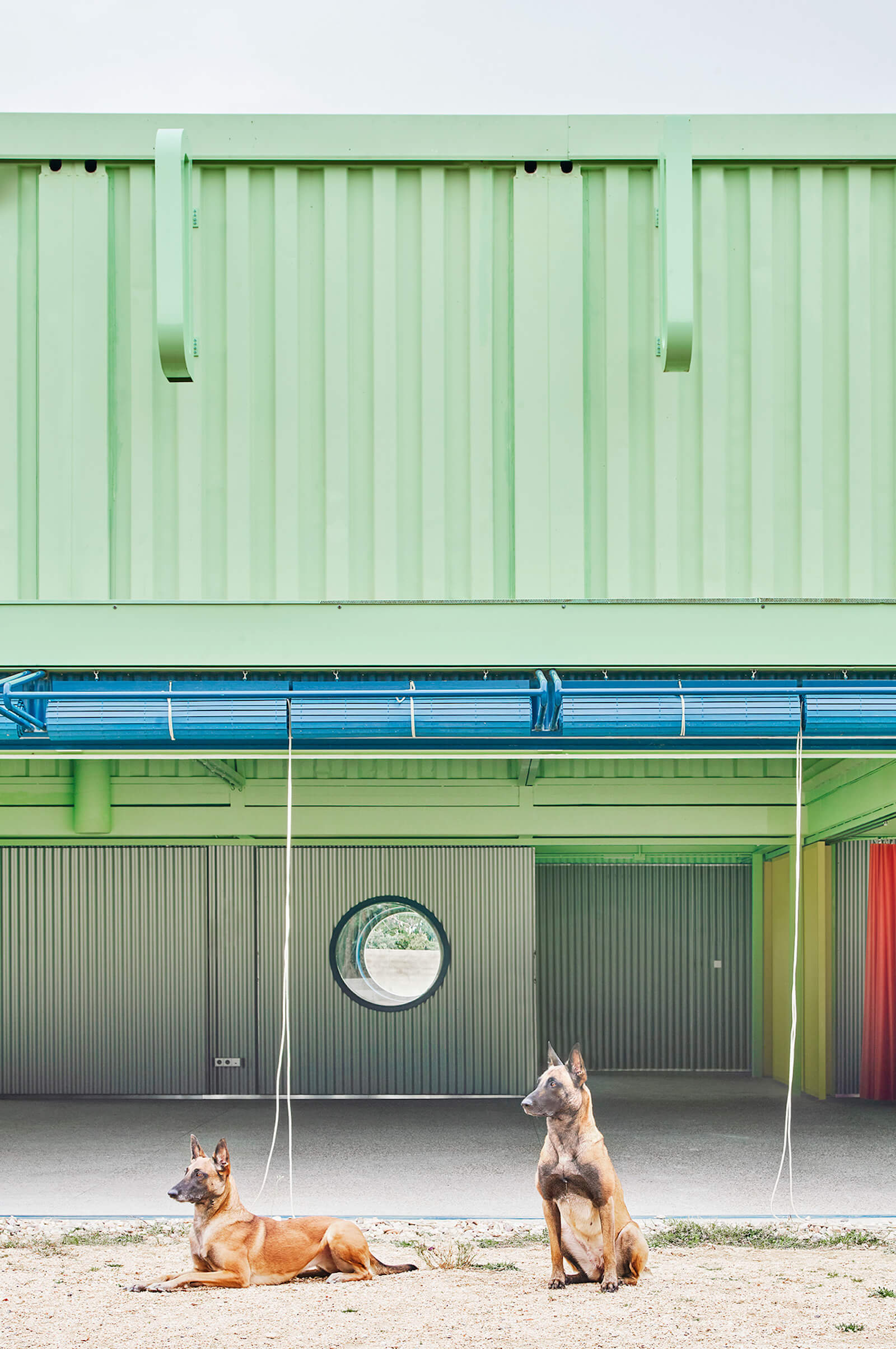 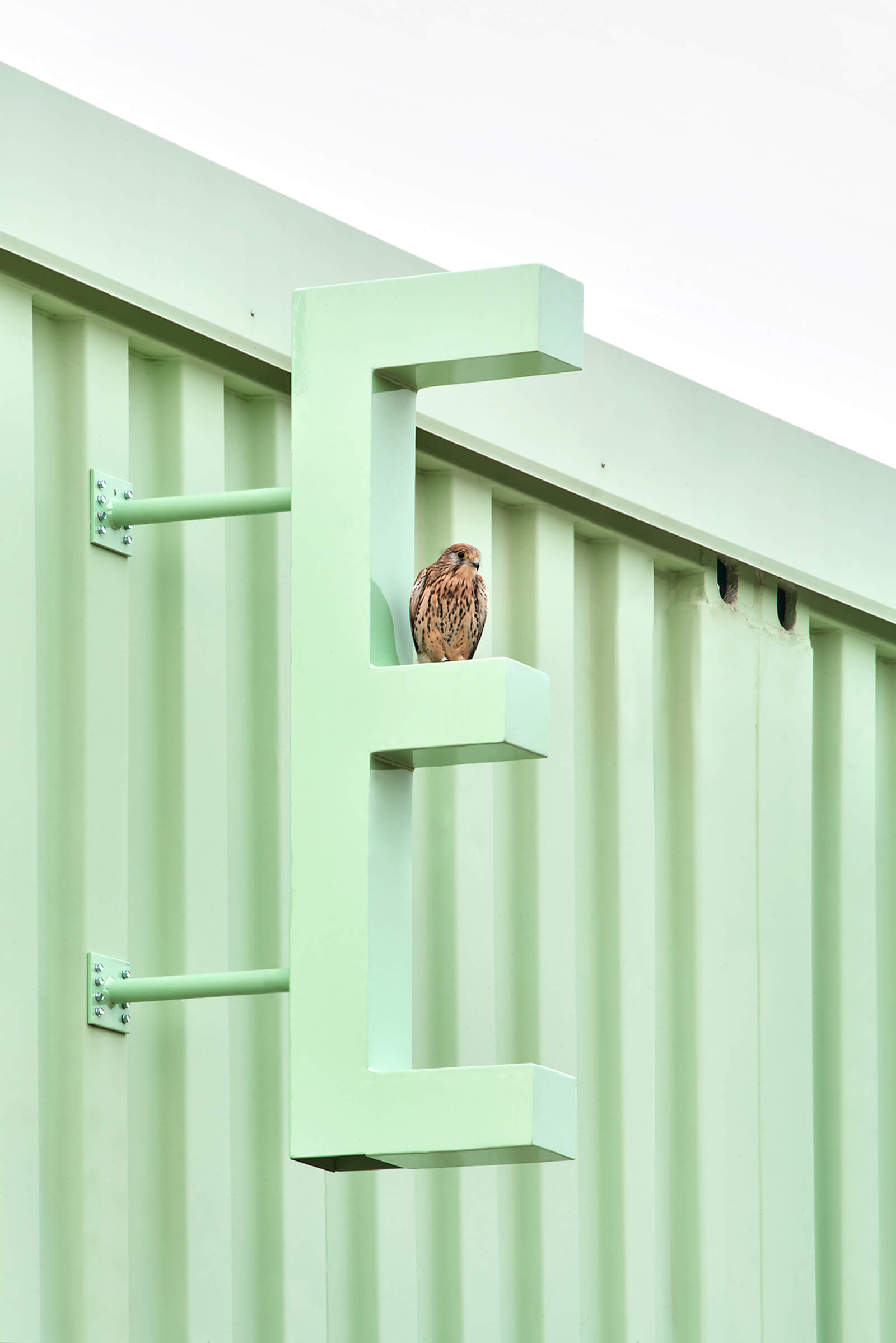 The façade of the 300-square-metre structure alone is multifunctional: it features sliding glass doors shaded by blue louvres that can be drawn to leave enough room for dogs to take a stroll outside. It also incorporates ledges – and signage – where sparrows can nest and a rainwater downspout where canines and fowl alike can slake their thirst.

Inside are two classrooms, for dogs and their human trainers to practice agility and dog sports like Schutzhund; underfoot, or under paw, to be more precise, the easily removable rolls of PTE synthetic turf are approved for canine training. There are also theory classrooms (also for animals); these are finished in semi-polished, exposed-aggregate concrete made with river pebbles. Circular interior windows are raised slightly higher than a dog’s eye view so as not to distract the pups. Bright-green to match the painted trusses, pyramid foam insulation also minimizes noise and echoes. Dogs, after all, have sensitive ears. 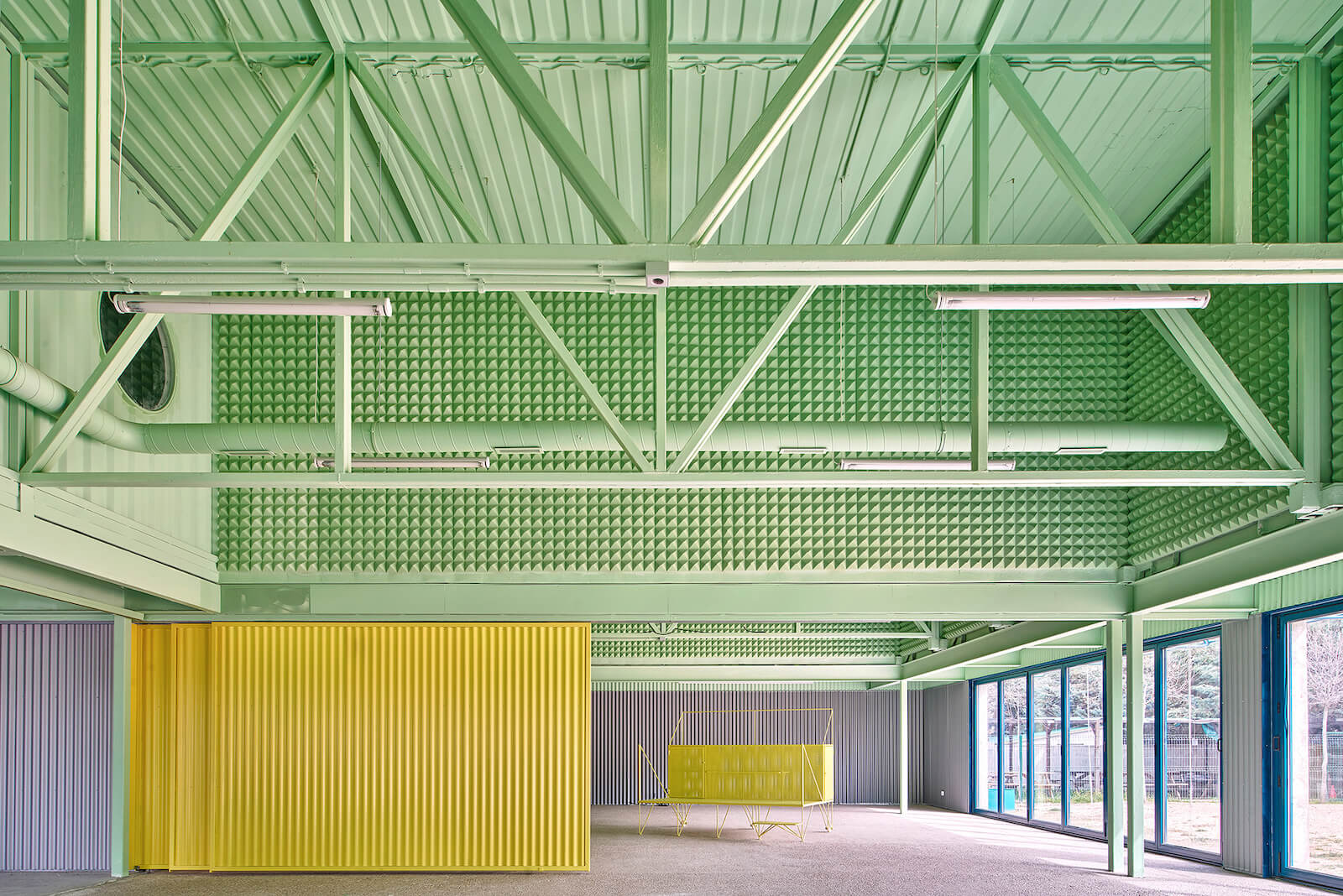 That a school for animals should be so brilliantly of-the-moment feels curious. But Educan makes the case for a thoroughly modern approach with rationalism and compassion. To create the facility, the firm upcycled shipping containers in a number of ways, both for the building itself and for its interior walls. But the metal structure is fortified by an in-situ-poured concrete base, the undulating surface of which is the result of pressing curved metal sheets, off-cut in the creation the building’s new trusses, onto the wet formwork. 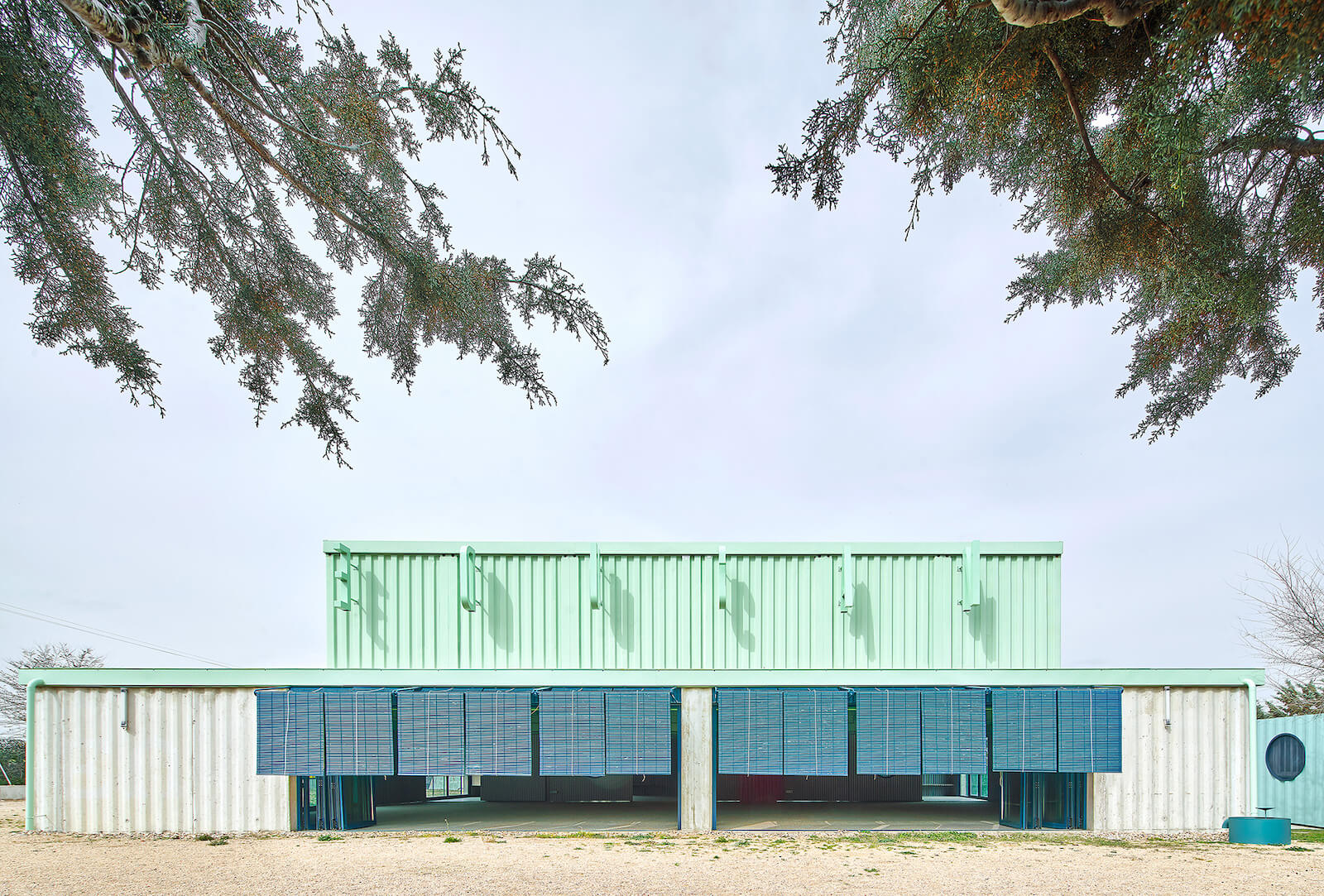 Hefty as these architectural materials are, they are softened by the eye-popping palette that’s been applied to everything from flowing curtains and corrugated partitions to the table legs of the bespoke blonde furniture. This is a space that dogs will revel in — and that their humans can appreciate on a whole other level. 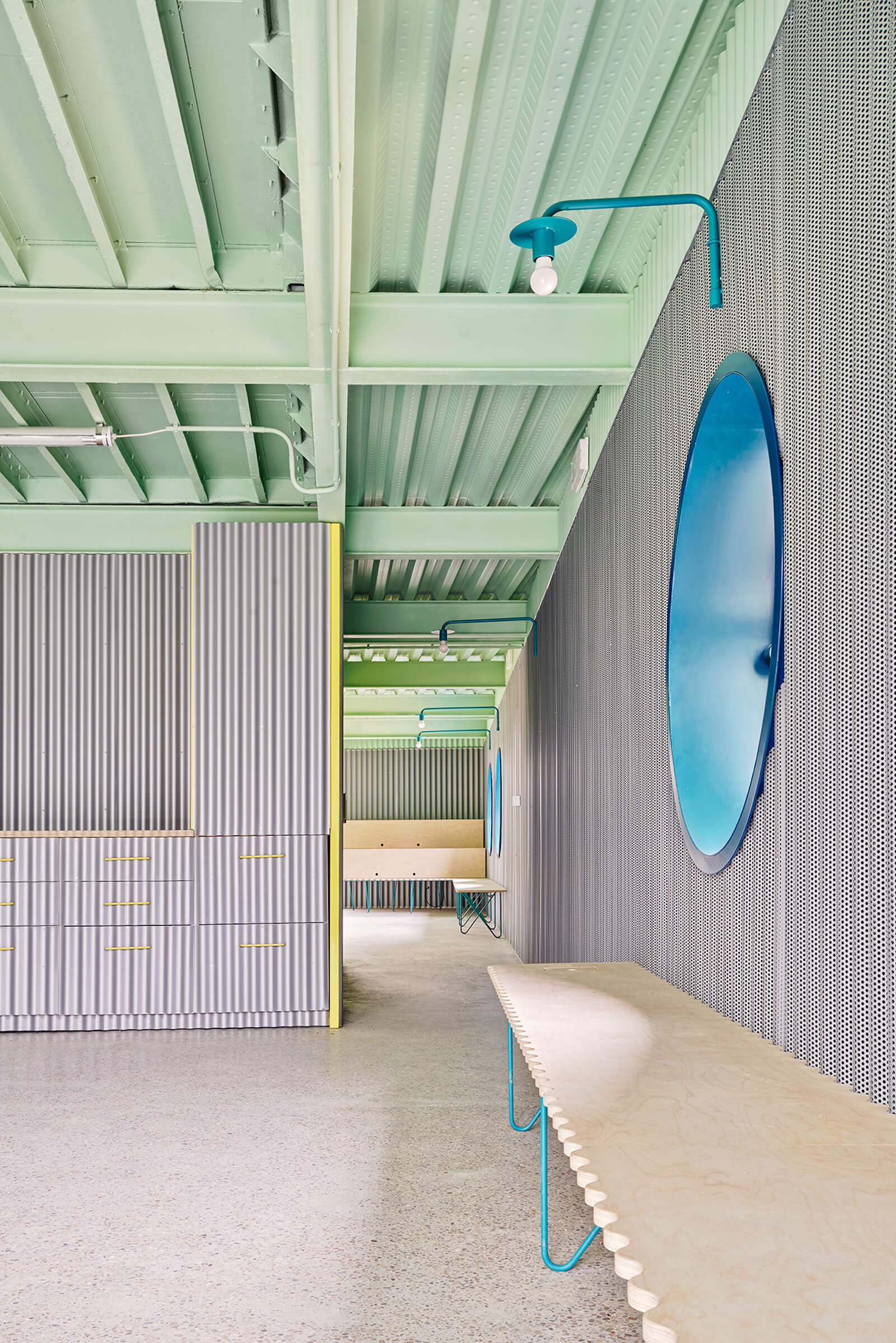 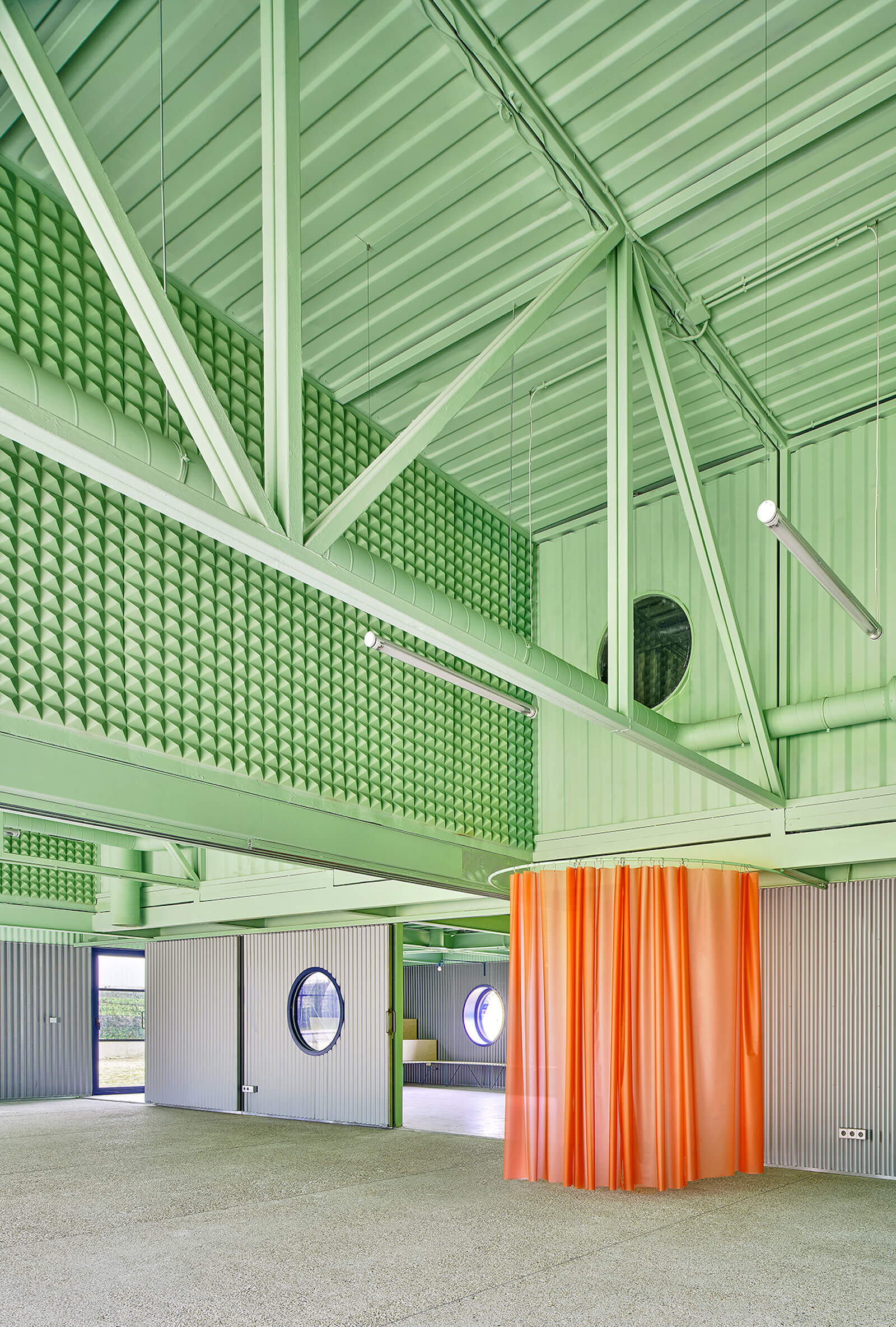 You read that right. Educan, in Madrid, is an animal sanctuary and training facility – and it’s a beautiful building.