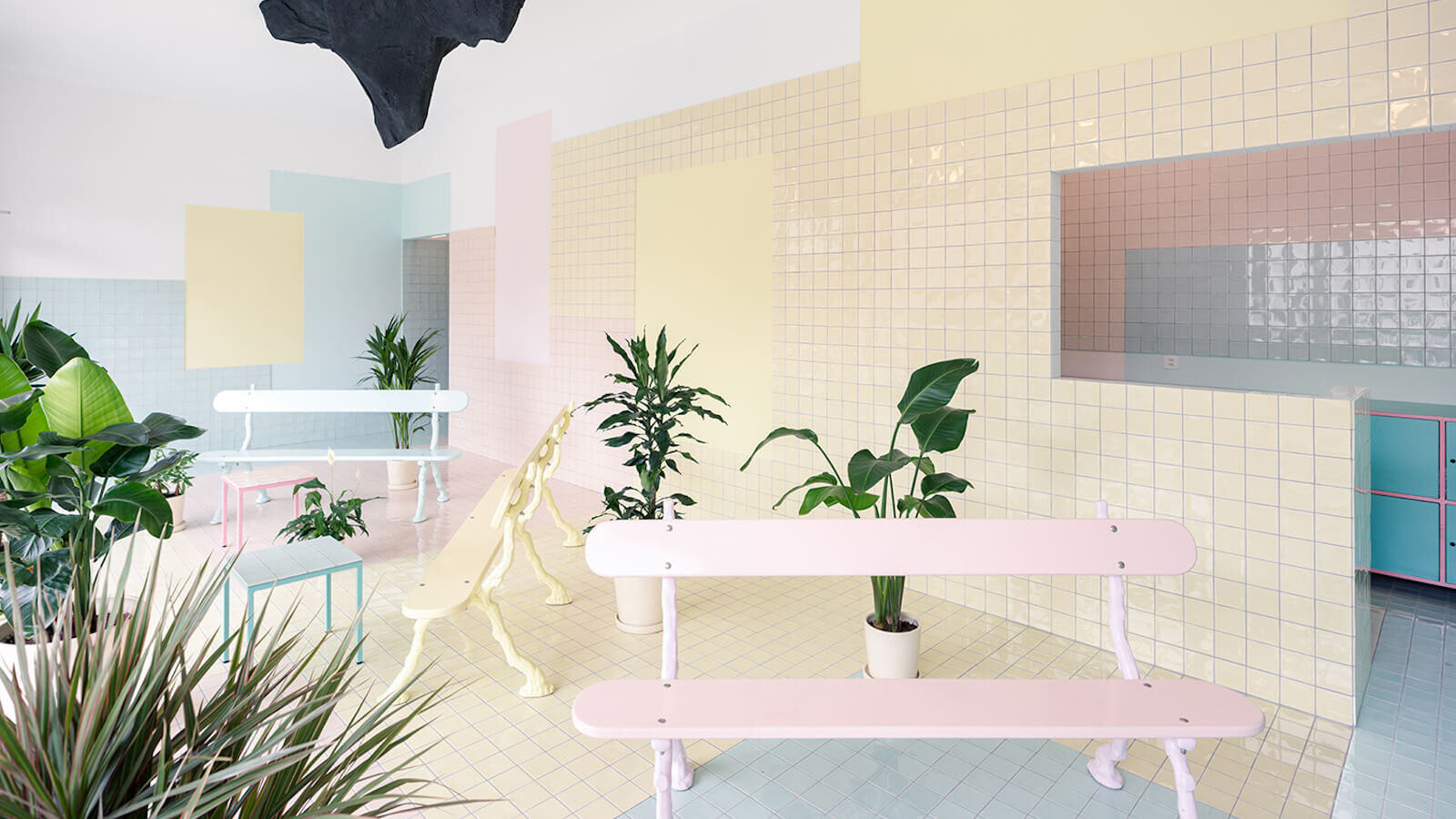 A Float Spa in Geneva Offers a Dose of Colour Therapy

Origin’s interior design, by Bureau, takes cues from the art world and the facades of Portuguese buildings to deliver a relaxing experience.

If patrons of Origin, a recently completed spa in Geneva, feel as though they are part of an elaborate artwork when they check in for their float experience, that might be intentional. Designed by Bureau, the pastel-hued interior was inspired by the work of Shirana Shahbazi, an Iranian-born, Switzerland-based photographer who manipulates her images with digital vibrancy and installs them on colour-blocked walls that lead the viewer on an emotional journey. 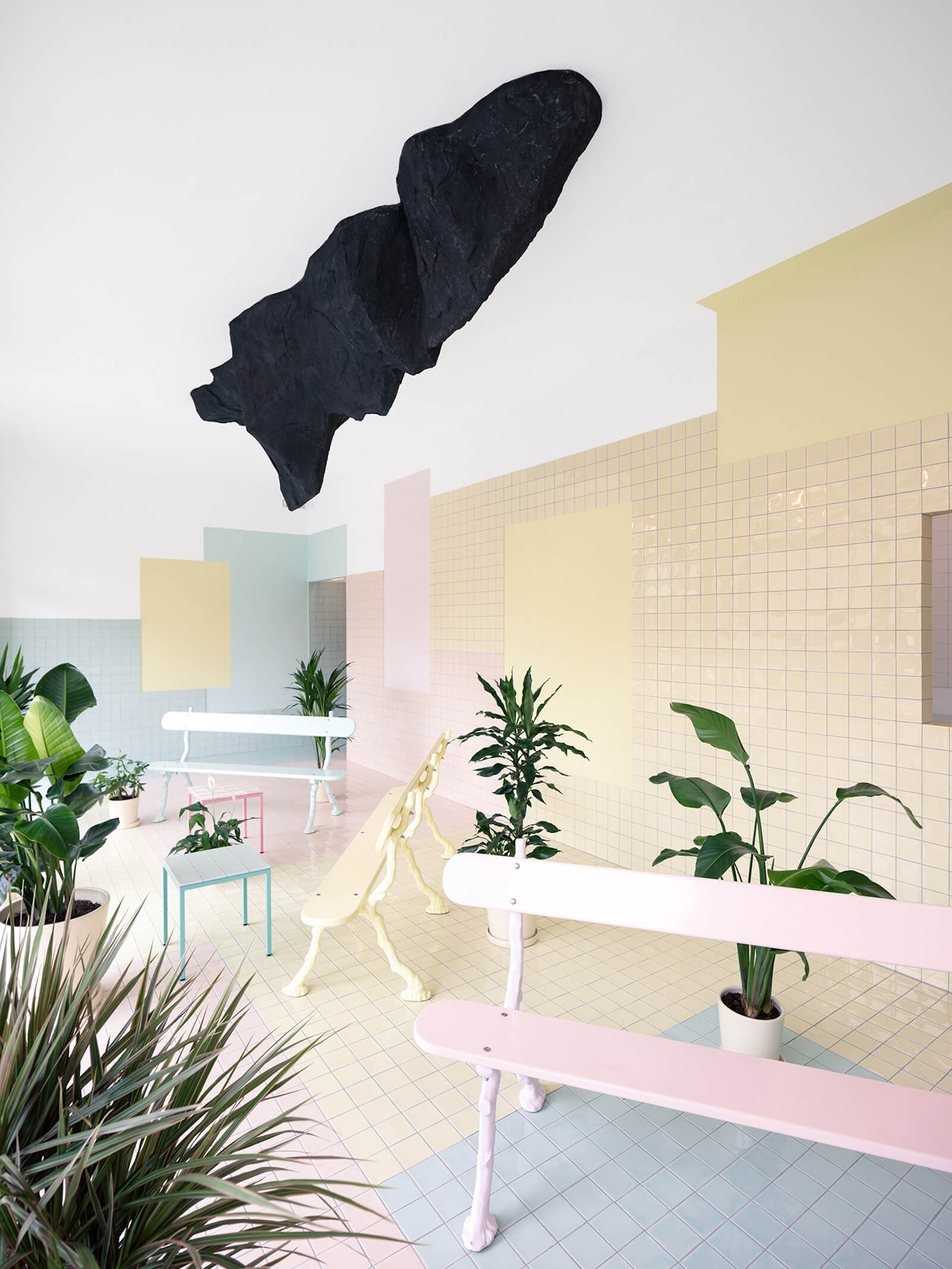 “She sets up an environment of great complexity where the images respond to each other, connect with each other and with the wall,” the designers explain. “Then the rooms in a row reveal other chromatic associations and provoke new situations.”

Comprised of Daniel Zamarbide, Carine Pimenta and Galliane Zamarbide, Bureau has offices in both Geneva and Lisbon. So it makes sense that another major point of departure is the tile work that adorns the Portuguese capital’s building exteriors.

“The streets of Lisbon are framed by the pale yellow, the calm greens and the pink of the facades,” they explain. “The poetic softness of the colours that decorate Origin is organized in a somewhat rigid grid of semi-industrial glazed tiles.” The only hit of black in the entire space is on the ceiling, in the form of a boulder resembling an inverted iceberg. 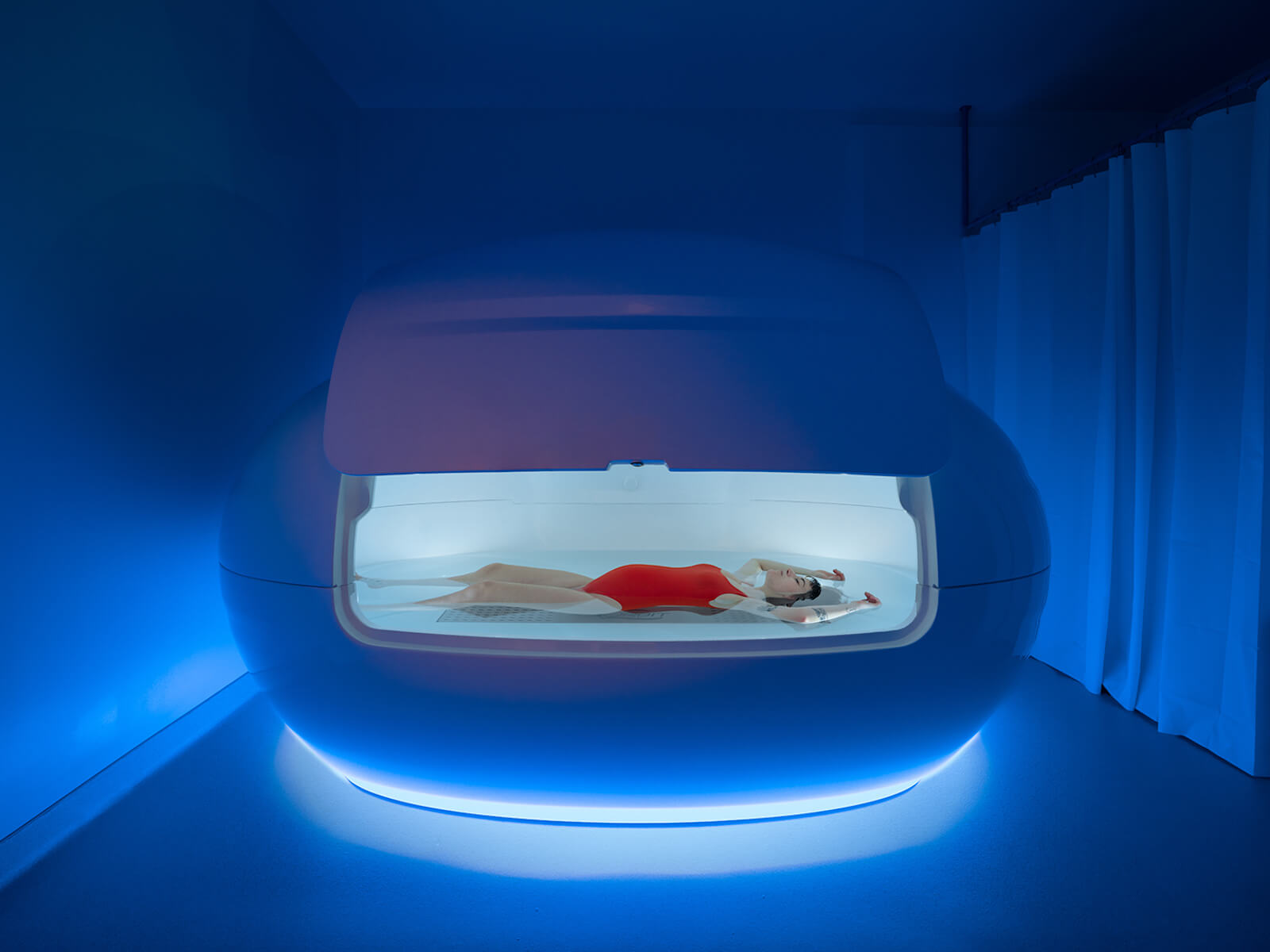 The 190-square-metre storefront space, which Bureau has dubbed Floating Realities, begins with the Yucca café, where patrons can sip tea and read a book on restored park benches – stained Easter-egg pink, blue and yellow, naturally – while waiting their turn. The float experience takes place in one of three private areas: an open pool that can accommodate one or two people and a couple of rooms with cocoon-like isolation pods. These zones glow an immersive blue that provides a contrast, mental as well as aesthetic, to the lighter palette of the rest of the spa. 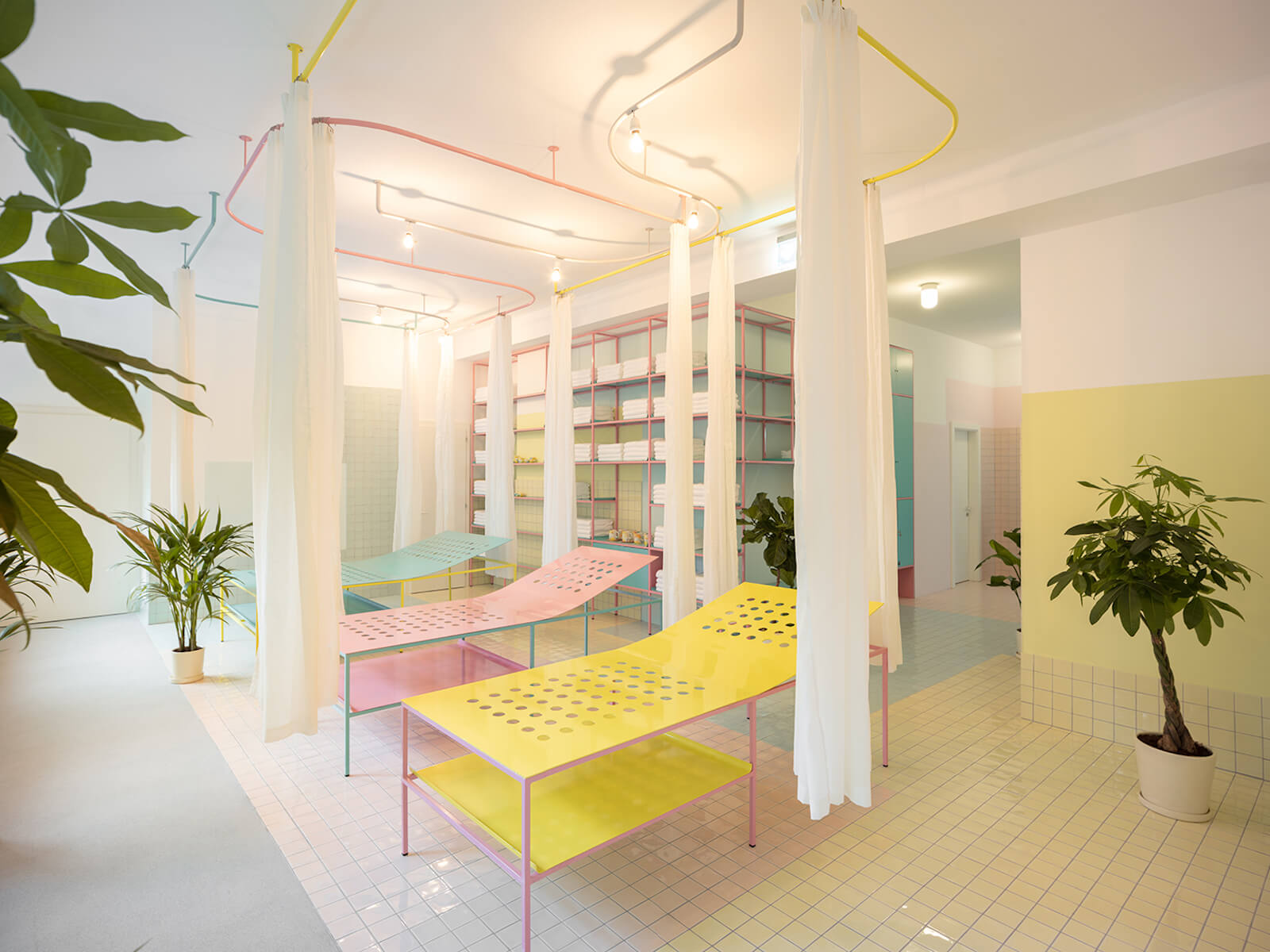 When their time is up, patrons can return to reality on bright metal loungers topped with soft padding (the perforated beds are shown in the image above, without padding).

The designers express that the journey through the space is itself conducive to meditation. “Studies prove that it is possible to reach a state close to hypnosis when floating in a saltwater chamber,” they say. “Our design wants to stimulate a similar sensory reaction; it accompanies the shift from reality to this meditative interiority.” 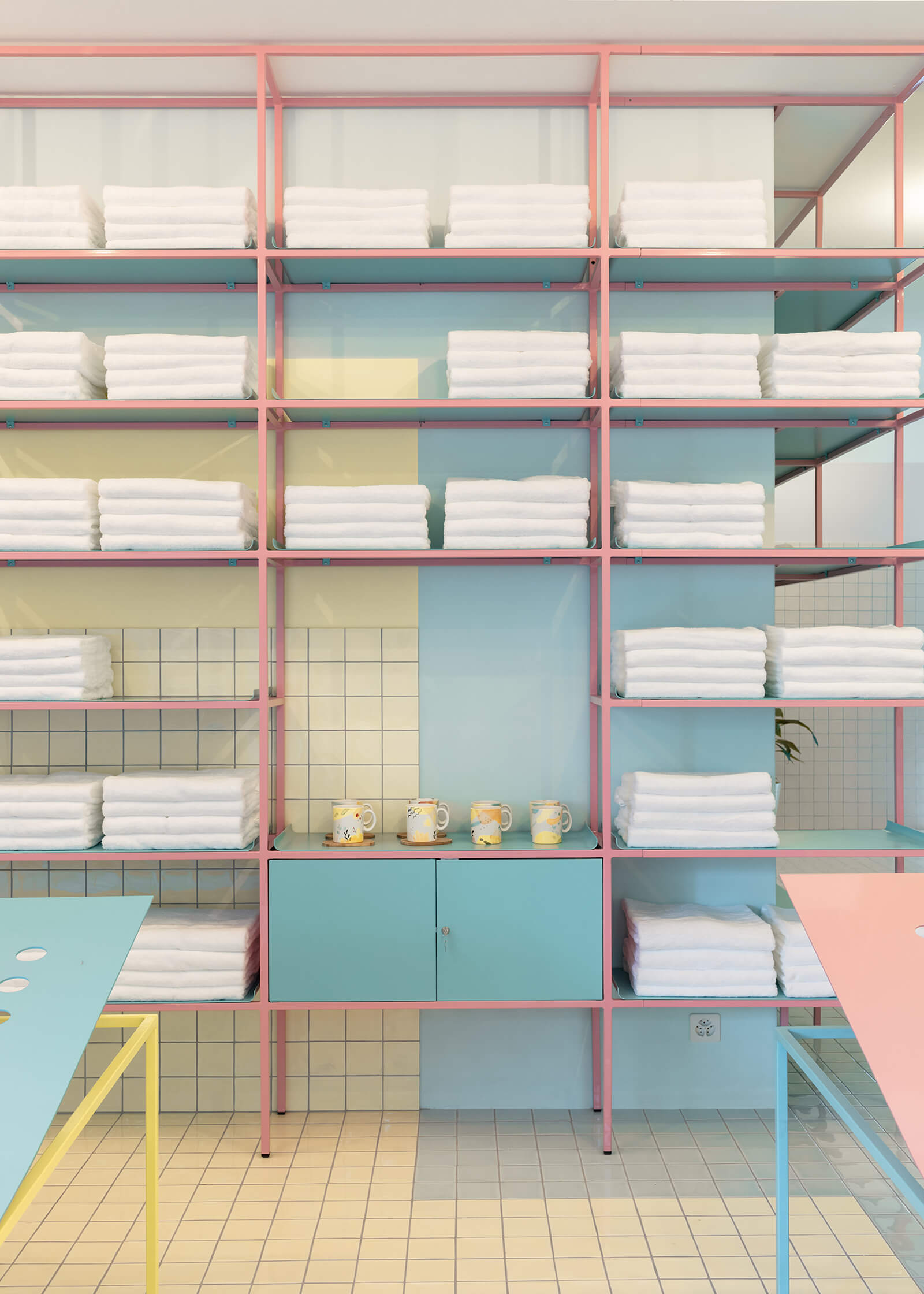 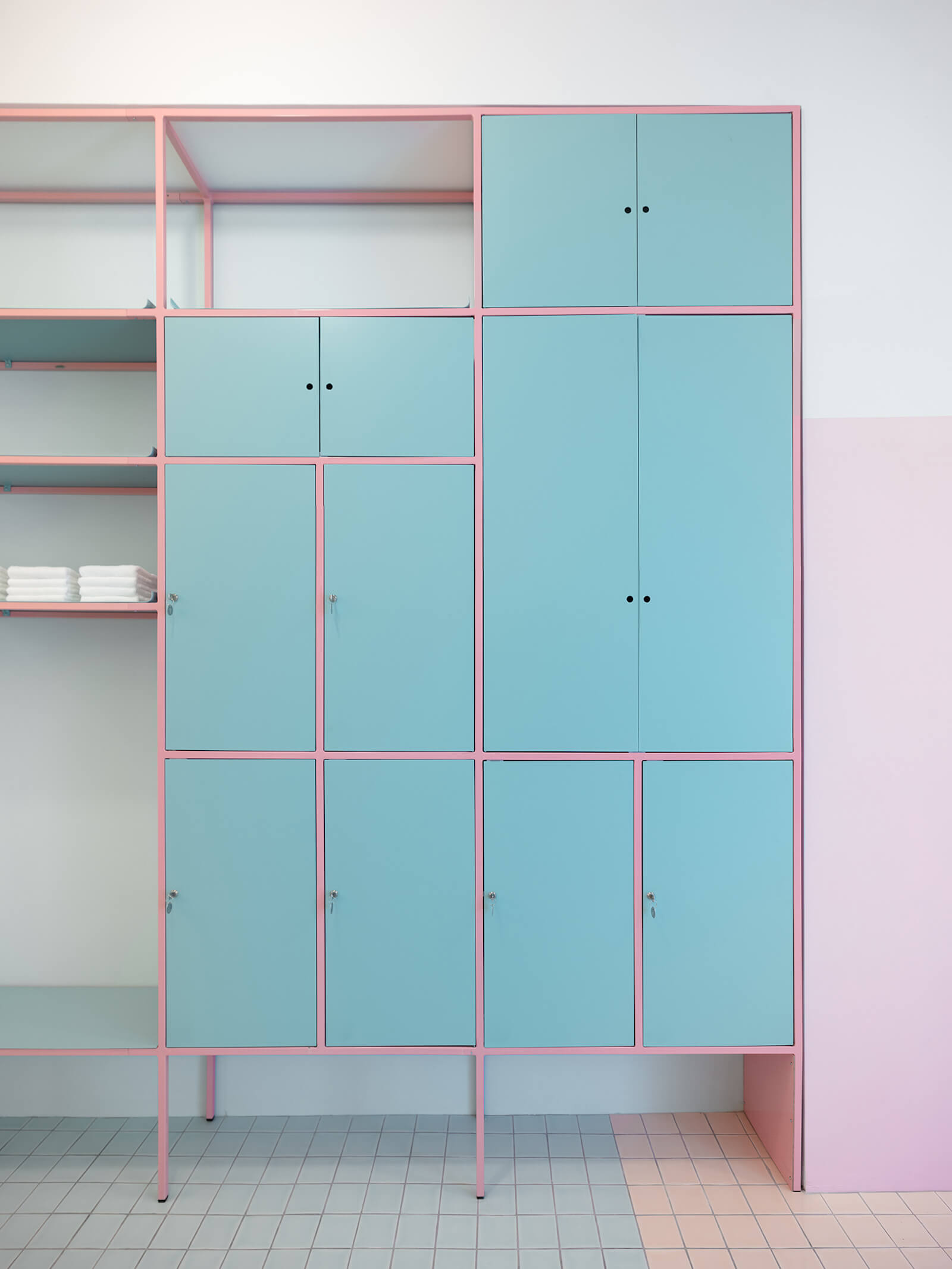 By repeating vertical and horizontal lines, through curtains and rails, a shelving system and a tile grid, they have no doubt achieved this mesmerizing effect. But it’s their deft use of colour – in matte swatches of drywall overlaid on glossy ceramic surfaces – that make this spot truly transcendent. 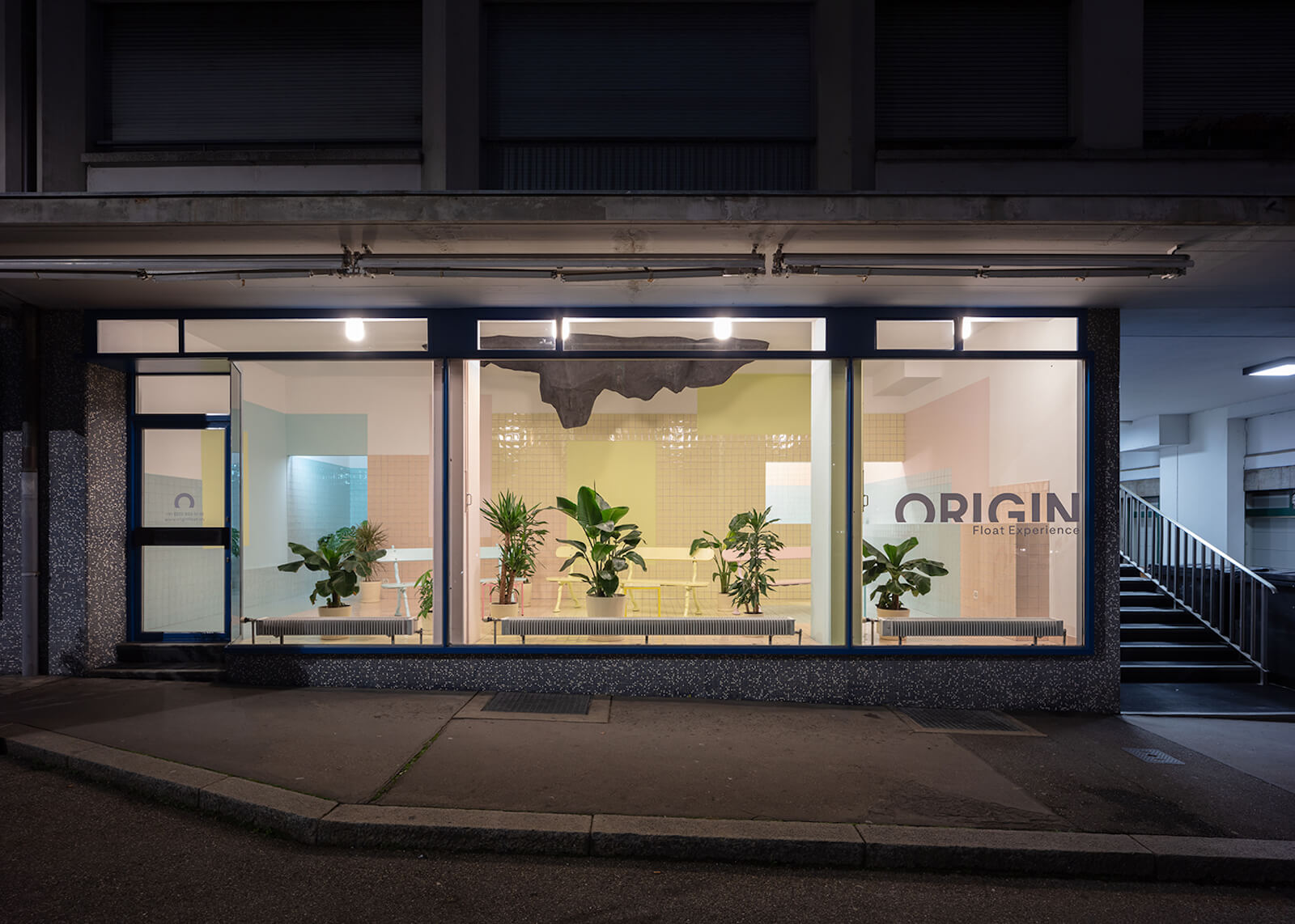 Origin’s interior design, by Bureau, takes cues from the art world and the facades of Portuguese buildings to deliver a relaxing experience.