A House Built Like a Village
Designed by Ma-Style Architects, a family home in rural Japan defines its living quarters with boxes inside boxes. 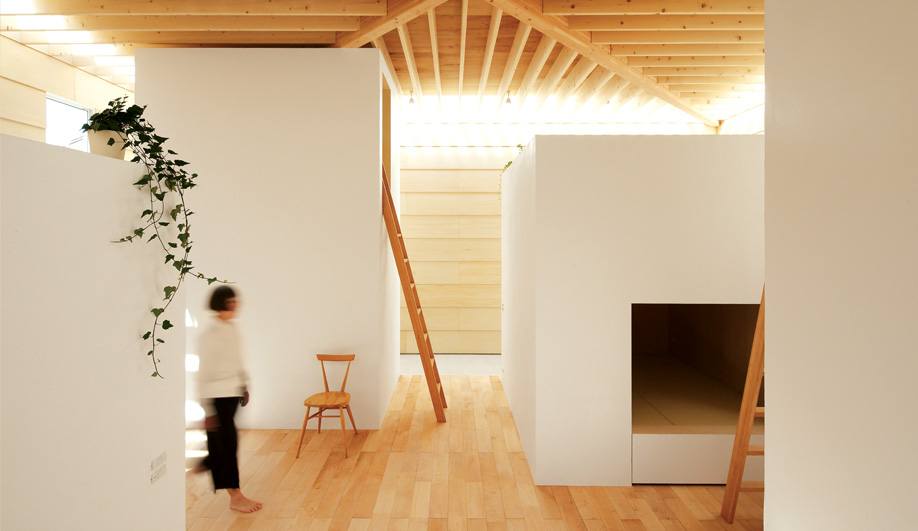 Four volumes within the otherwise wall-free interior contain a bedroom, a bathroom and storage on the main level and two sleeping lofts above. 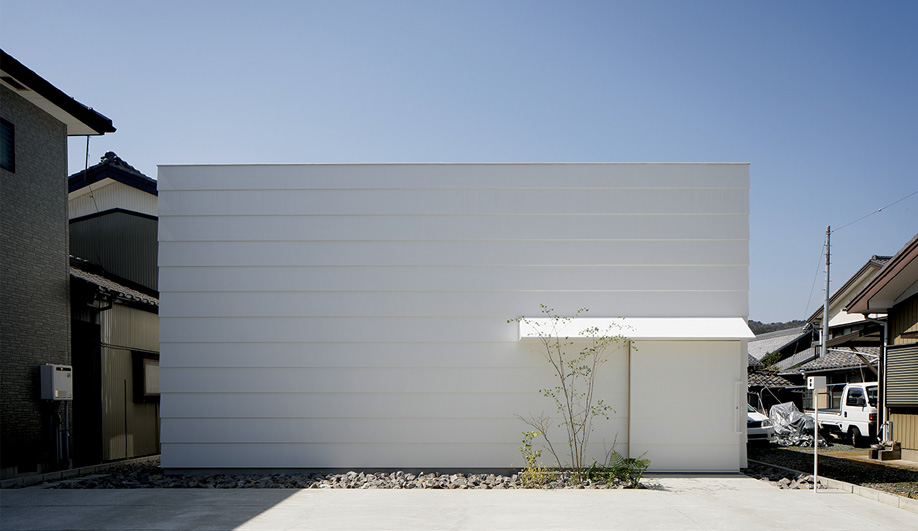 With the main entrance closed, the all-white, 83-square-metre home barely registers as a house. The roof is accessible by ladder. 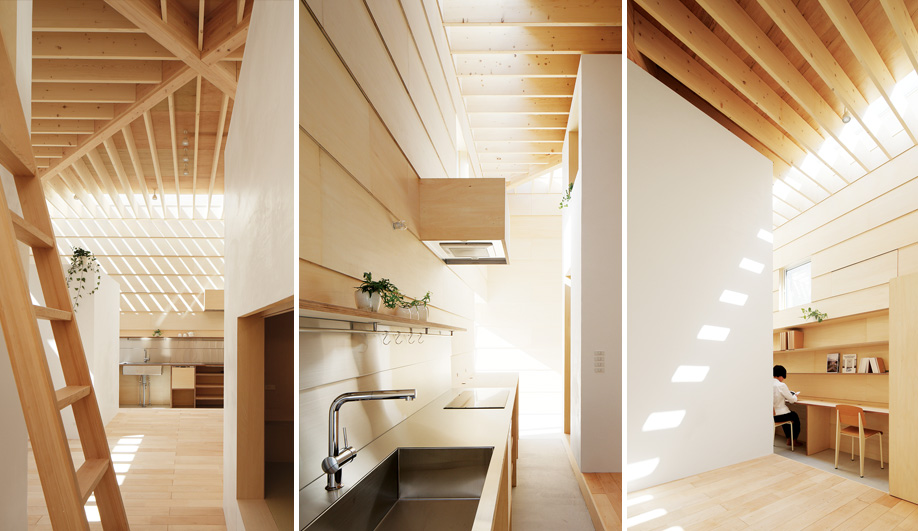 Left: The architects chose ladders over stairs to minimize obstacles that would restrict the light. They also liked them as a unique way to heighten the awareness of using the space; Center: Common areas, including an expansive galley kitchen, are located along the periphery; Right: Exposed ceiling joists extend past the embedded skylights, casting patterns across the floor and walls throughout the day. 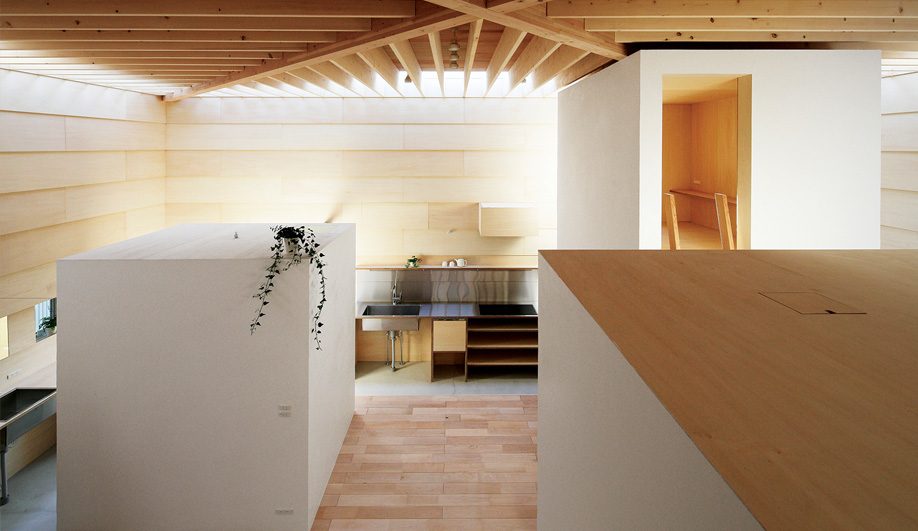 A house without windows is usually described as a bunker. But for a new home in Toyokawa, Japan, which from the street could easily be mistaken for just that kind of utilitarian construction, the interior is anything but airless or bleak. Atsushi and Mayumi Kawamoto, principals of mA-Style Architects, decided to forgo standard windows after carefully examining the site.

It became apparent that any kind of construction would inevitably press up against the neighbours, and taller buildings nearby would cast shadows over the exterior for most of the day. The firm also calculated that 80 per cent of the site would be cloaked in shade during winter. With the owners looking for a well-lit house that could also be private without relying on curtains, the problem was how create light where there was none.

The workaround plan mA-Style eventually drew up is surprisingly simple yet elegantly poetic. To bring in the light, a series of skylights were installed around the roof’s perimeter. With the roof beams left exposed and linen plywood clapboard on the interior walls, the volume is awash in soft, reflective natural light. Ceiling joists cutting across the skylights slice the incoming sunlight into stripes, creating a graphic pattern of shadows that moves through the space as though counting down the hours.

Most of the finishes within the double-height interior are stripped to their bare aesthetic. Even the plumbing lines beneath the sinks have been left exposed, and built-in furniture and cabinets show off plywood edges.

Since the clients were willing to be adventurous with their living environment, the architects organized the interior as if it were four smaller houses contained within a larger, all-embracing one. The main workspaces – the kitchen, the bathroom and an open office – are located along the edges and below the skylights for maximum light.

Meanwhile, the private areas, including two sleeping lofts for the kids, are contained in smaller, house-like towers, with the upper levels accessed via wooden ladders. The effect suggests a small village connected by a shared plaza. The clients, the architects say, are truly happy: “They are noticing things they weren’t paying attention to before, and the outdoors has moved comfortably inside.”

The house is not entirely focused inward. Two doors that seamlessly connect the interior to an outdoor garden can be rolled open, allowing that private plaza to blend in with the neighbourhood.