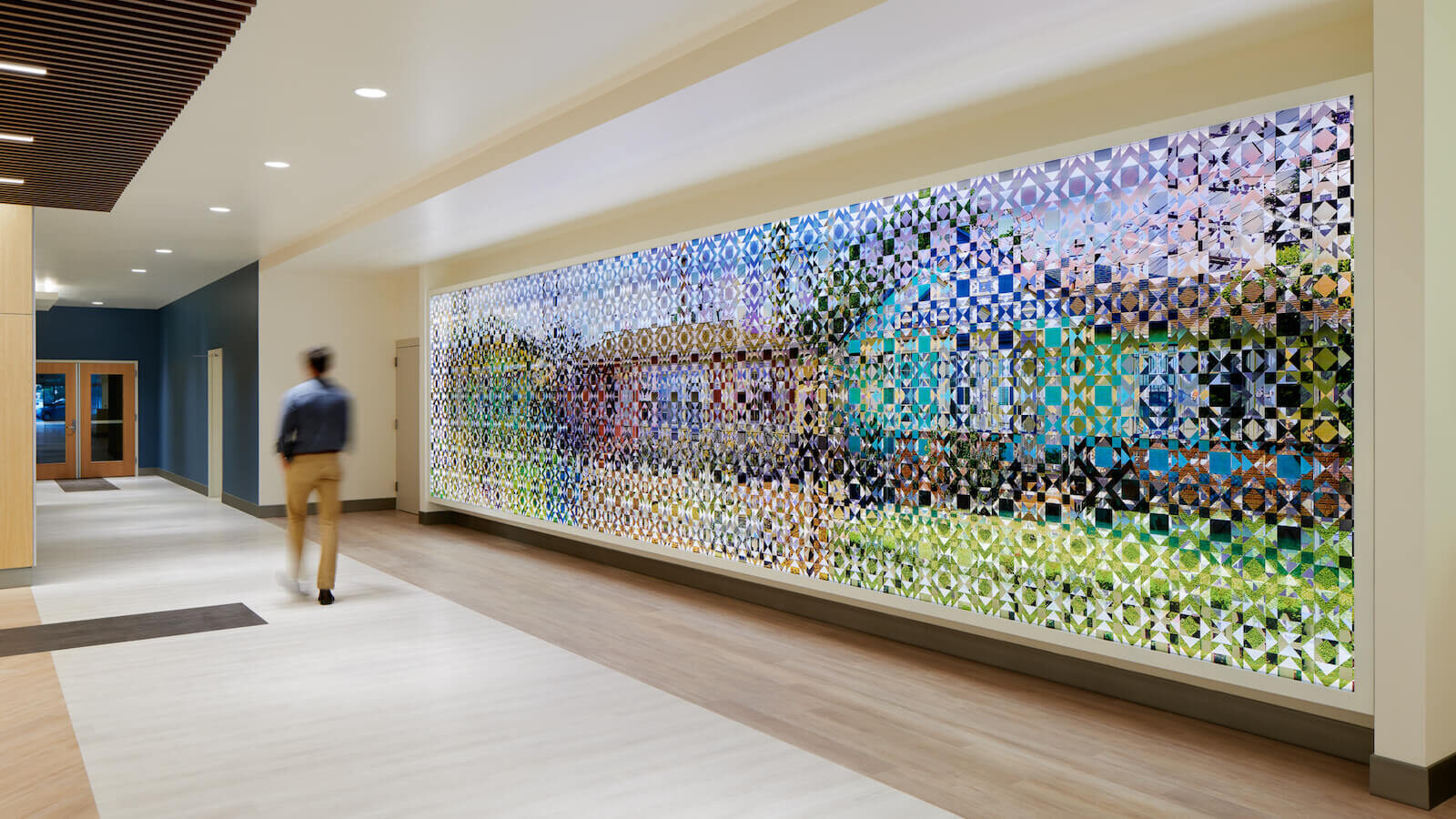 A Massive Lobby Mural by FreelandBuck Knits an L.A. Health Centre with its Community

Called Down the Block, the 26-metre-long, quilting-inspired artwork stitches together digital photos of 21 local houses.

When FreelandBuck was commissioned to create a permanent artwork for the lobby of a newly established behavioural health centre in Los Angeles’ Willowbrook area, the architectural design studio found its inspiration in a number of disparate sources, from digital photography and surrounding streetscapes to a local quilting group.

“We are thankful to Silver Threads for opening their door and welcoming us to learn about quilting,” David Freeland, co-principal of FreelandBuck, says of the sewing circle that his firm consulted, a group with a history of donating its handmade creations to the health centre’s patients. “Not only do they make beautiful and inspirational quilts, [but] their insights into the community became the figurative threads that we wove into Down the Block.” 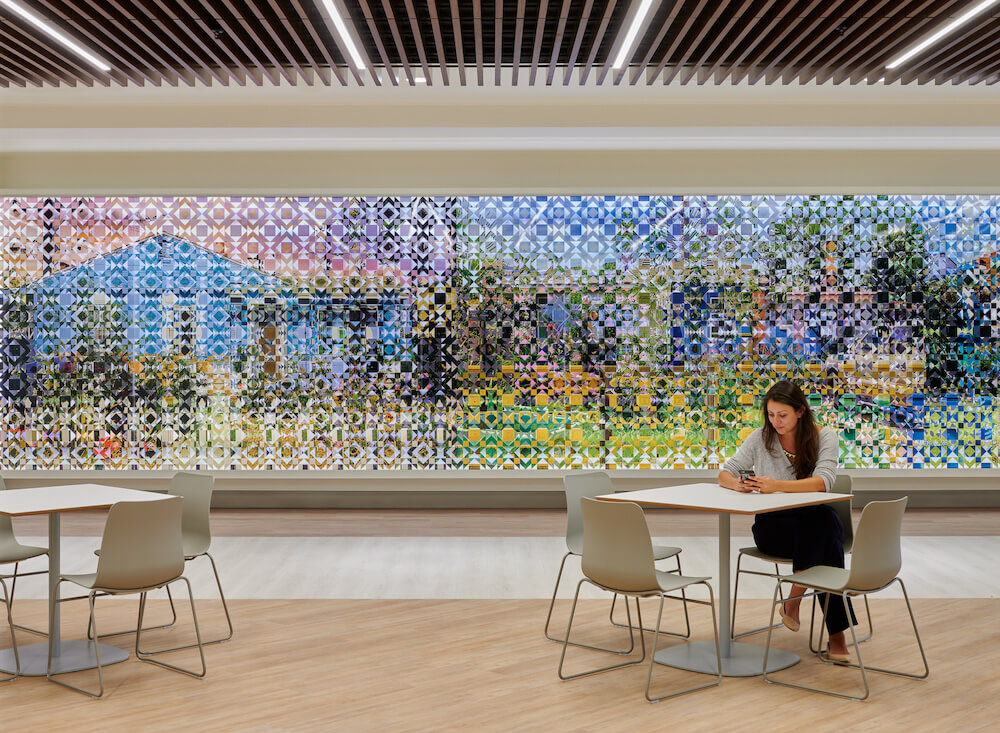 Down the Block is the name of the 26-metre-long composite artwork installed in the lobby of the Mark Ridley-Thomas Behavioral Health Center, a former critical-care hospital turned L.A. County’s first dedicated facility for those struggling with behavioural issues stemming from such causes as mental illness, substance use disorders and homelessness. 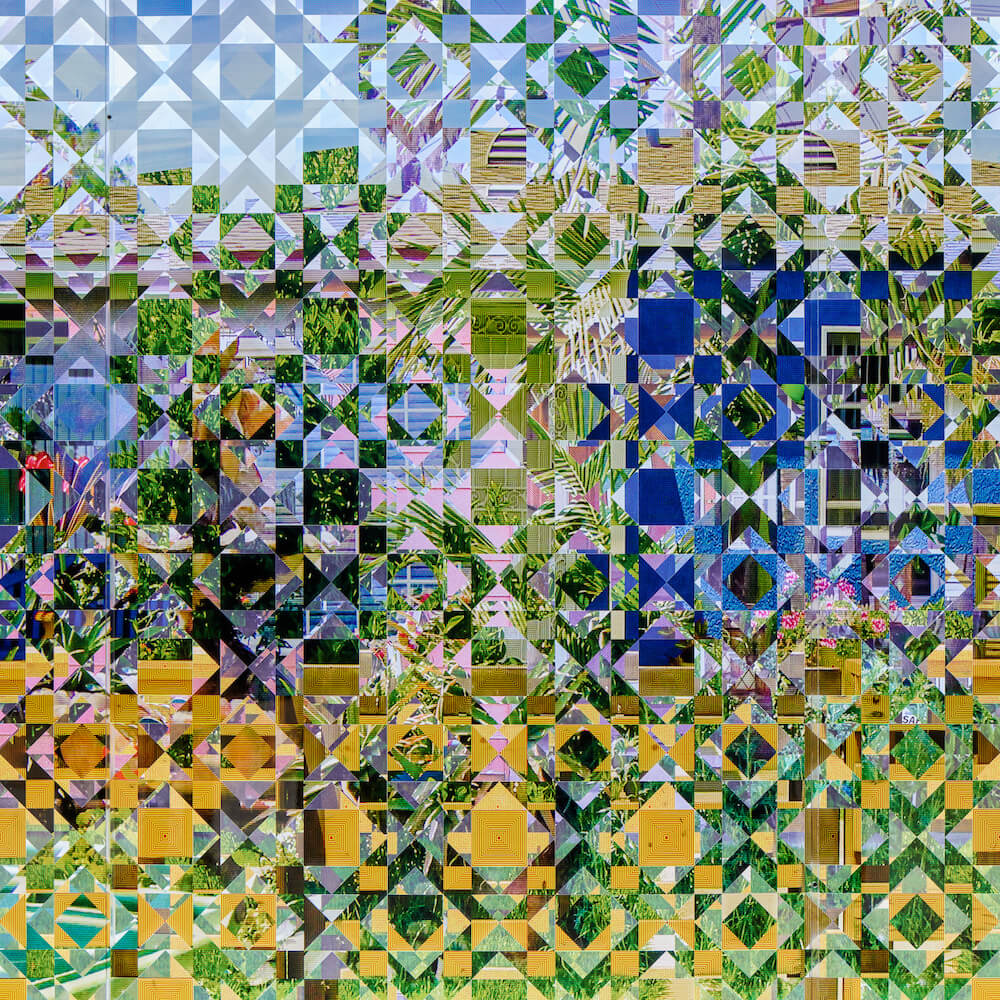 To create the large-scale piece, the design team looked initially to the residential architecture of the neighbourhood — which is composed of modest yet colourful homes in a variety of styles — for inspiration, taking digital photographs of favourite houses. Ultimately, the likenesses of 21 individual homes made it into the work, stitched together in an approximation of a traditional “broken dish” quilt block pattern, a particular layout of half-square triangle blocks. 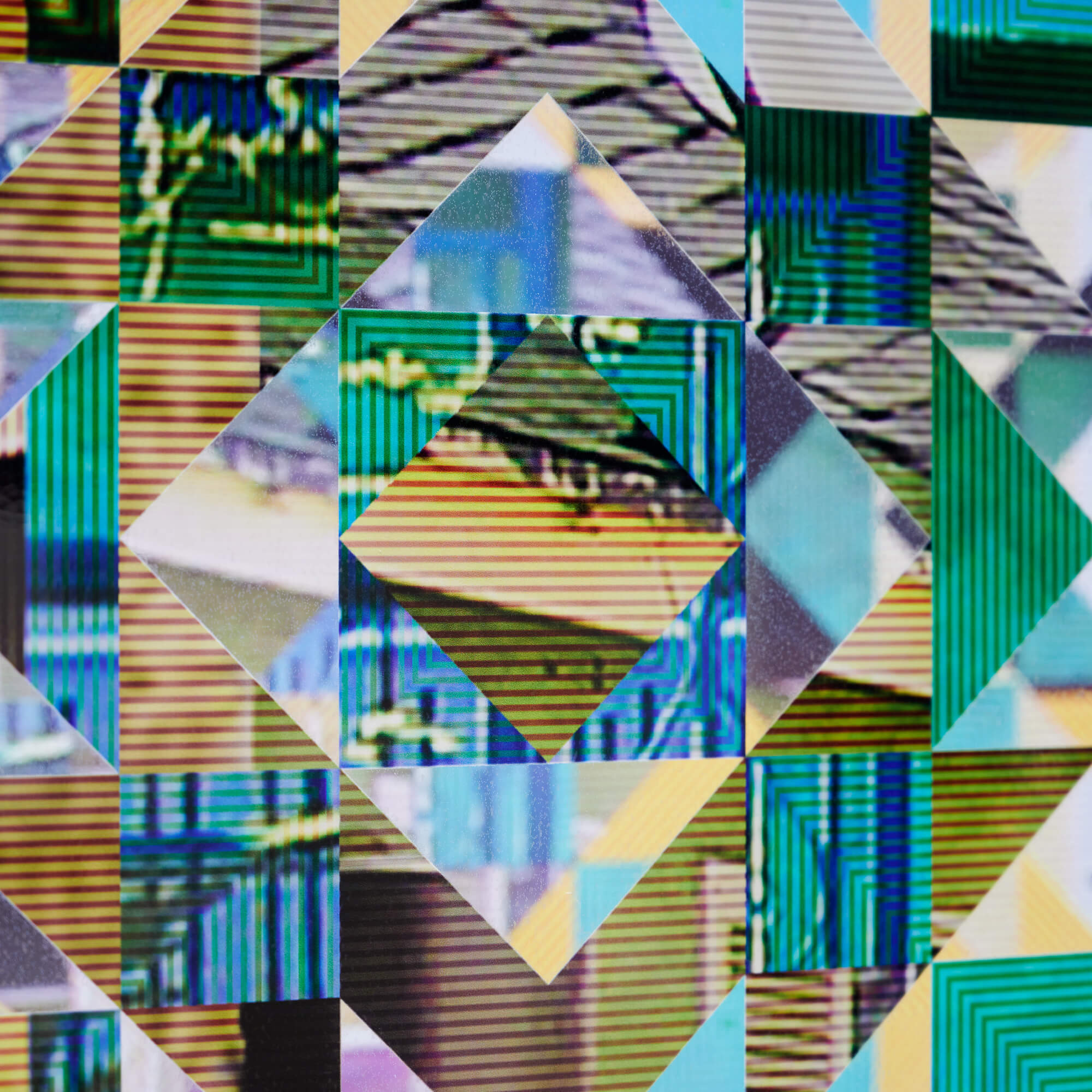 “Our initial survey of Willowbrook streetscapes revealed repeated rooflines and proportions which are quilted together,” says Brennan Buck, co-principal of FreelandBuck. “Across these repeated shapes, distinctive colours, siding, decorations and landscapes emerge.”

Once arranged, the layered streetscape images were alternately distributed onto the surfaces of two lightboxes, one measuring nearly 16 metres wide and the other nearly 10.5 metres wide, with both measuring 2.5 metres high by 254 millimetres deep. The piece has an aluminum frame and skin with recessed LED lighting to create a luminous interior that is balanced with the light of the lobby. The back layer is printed on dibond panels and the front layer on large, ship-lapped polycarbonate panels.

Unveiled officially in October, Down the Block employs the repetitive geometry of the quilt pattern to produce a parallax effect, causing the image to “visually vibrate” as the viewer moves along the length of the installation. The repeated swatches on the front and back surfaces collapse into a single two-dimensional pattern when viewed in elevation, but “a glitch-like repetition” emerges from an angle.

In this way, say the designers, the work’s “glowing, patchwork images of local homes emanate through the lobby, reflecting the supportive and tight-knit relationship” between the MRT Behavioral Health Center and the community it serves. 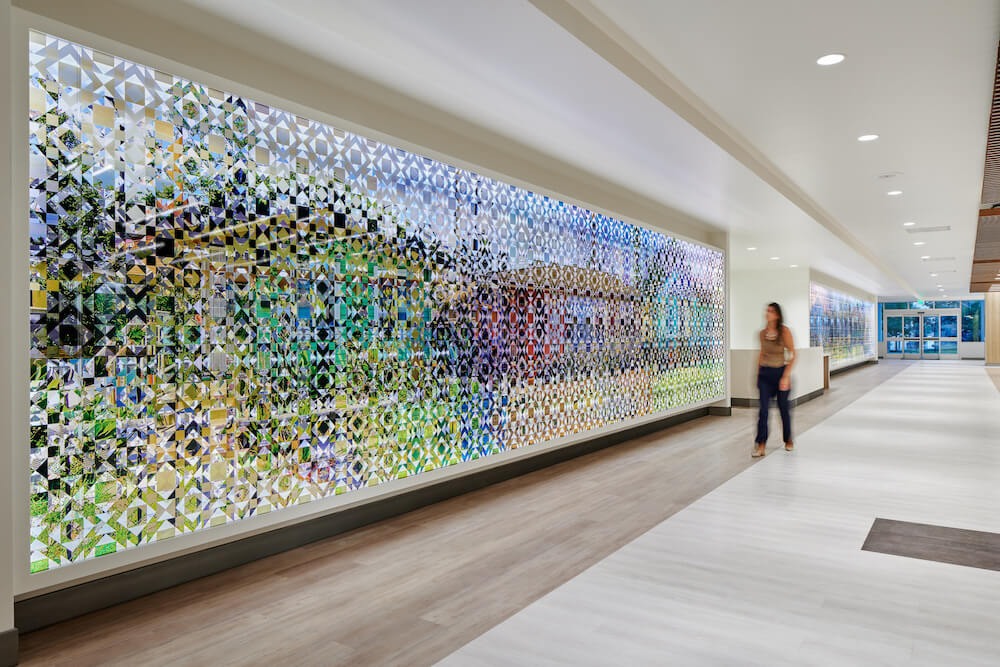 “Down the Block is situated… where patients, doctors, nurses and staff walk by on a daily basis,” says Freeland. “Whether in passing or through closer inspection, our ambition was to create an artwork that was familiar and comfortable, an inclusive image of the community that all are a part of.”

Called Down the Block, the 26-metre-long, quilting-inspired artwork stitches together digital photos of 21 local houses.