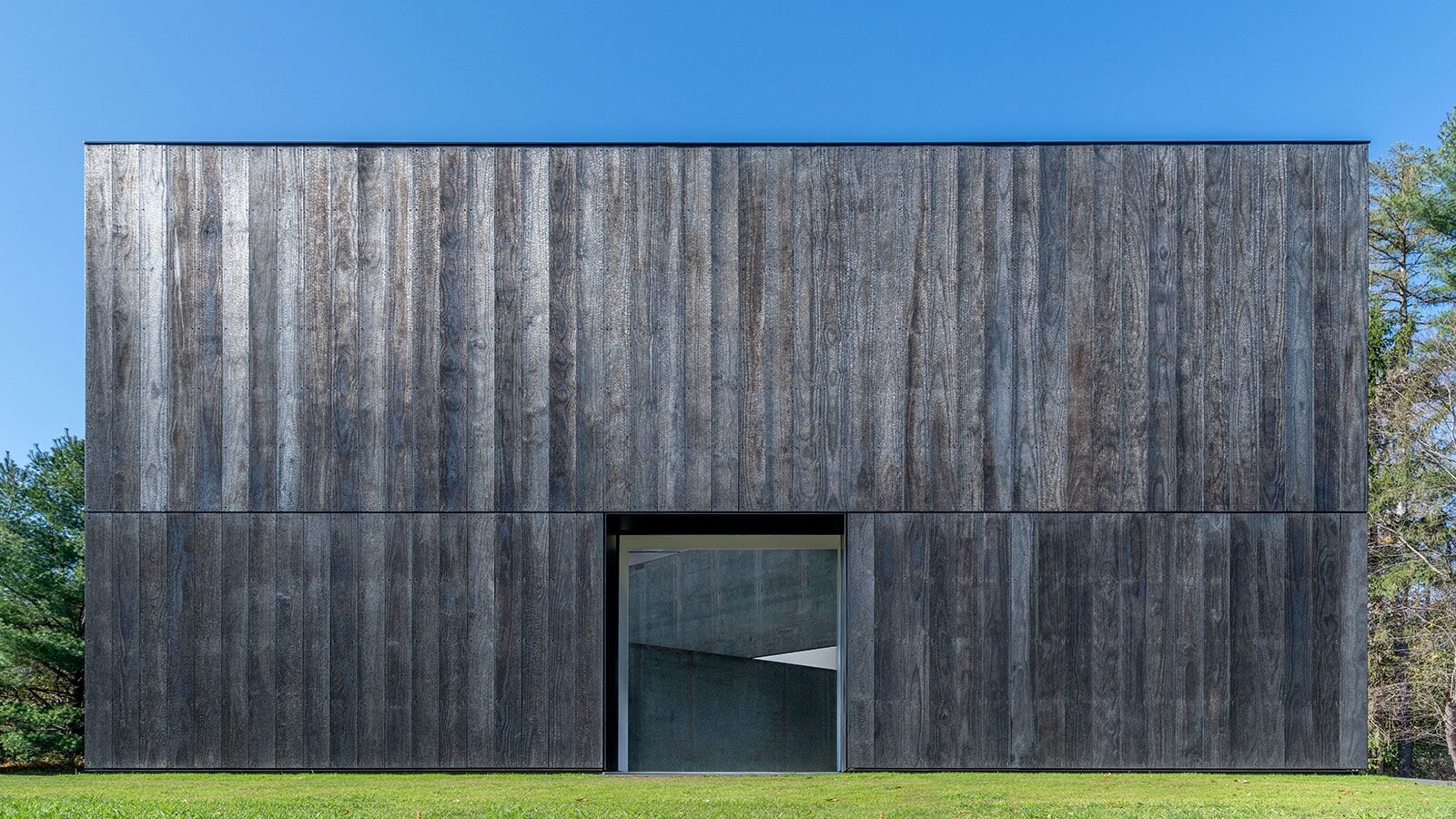 A Massive Steel Sculpture Gets a Room of its Own

Sculptor Richard Serra’s creative practice deals in the malleability of space: his larger-than-life sculptures refuse to adapt to a pedestal or plinth, instead standing declaratively alone — sometimes in locations deemed impractical. As a result, Serra is no stranger to the occasional controversy: in 1989, his sculpture Tilted Arc was removed from the Federal Plaza in New York after citizens critiqued it for bisecting the space. It’s no wonder, then, that the artist would wish for a permanent home for one of his pieces. With the LX Pavillion, OLI Architecture created a space for Serra’s London Cross (2014) to inhabit indefinitely. 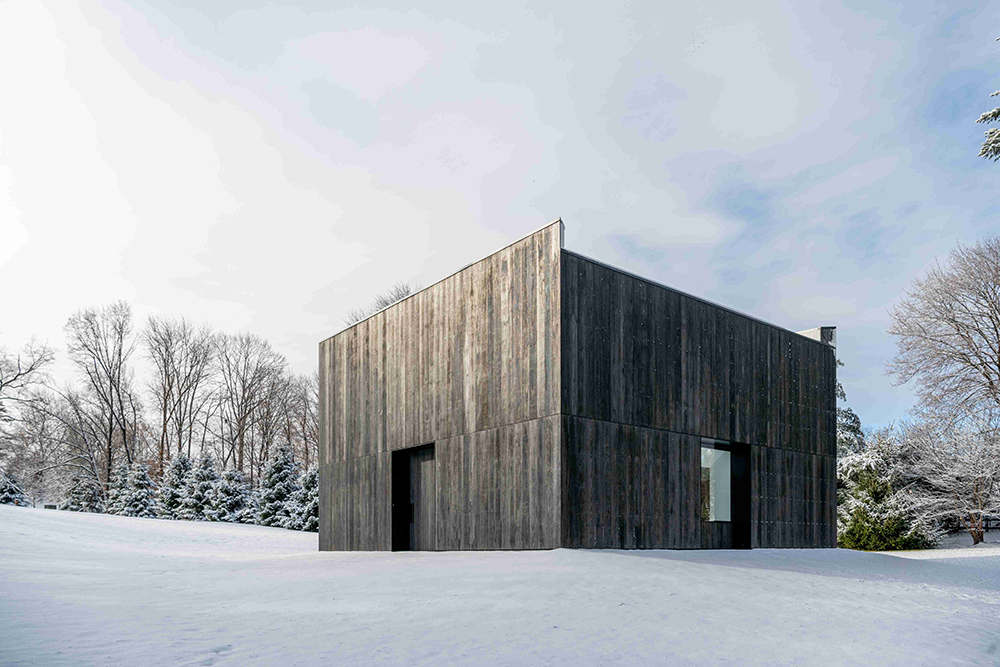 Located on a private estate in upstate New York, the LX pavilion is well-placed to withstand the test of time. The exterior rainscreen, made of charred Accoya (pine wood treated for durability) and weatherproofed using the Japanese Shou Sugi Ban method, wraps the gallery, interrupted only by solitary windows on each side of the building. Above, north-facing sawtooth skylights allow soft, restrained lighting into the space to avoid direct UV exposure. 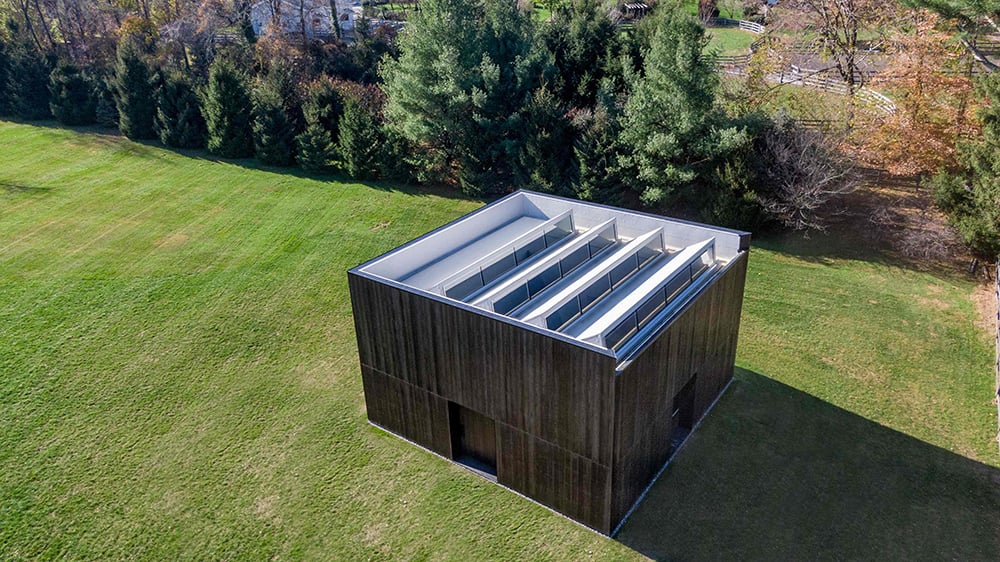 London Cross (2014) was first shown at the Gagosian in London as part of a temporary exhibition. The sculpture, like most of Serra’s works, is remarkably heavy: composed of two fifteen-ton weathering-steel plates measuring 12 metres long, two metres tall and six centimetres thick, it bears its point load at the intersection of the two plates. The walls of the pavilion help secure them in place at an exact angle. Forming an “X” in the middle of the room, the sculpture partitions the pavilion’s interior, isolating each side from the other. 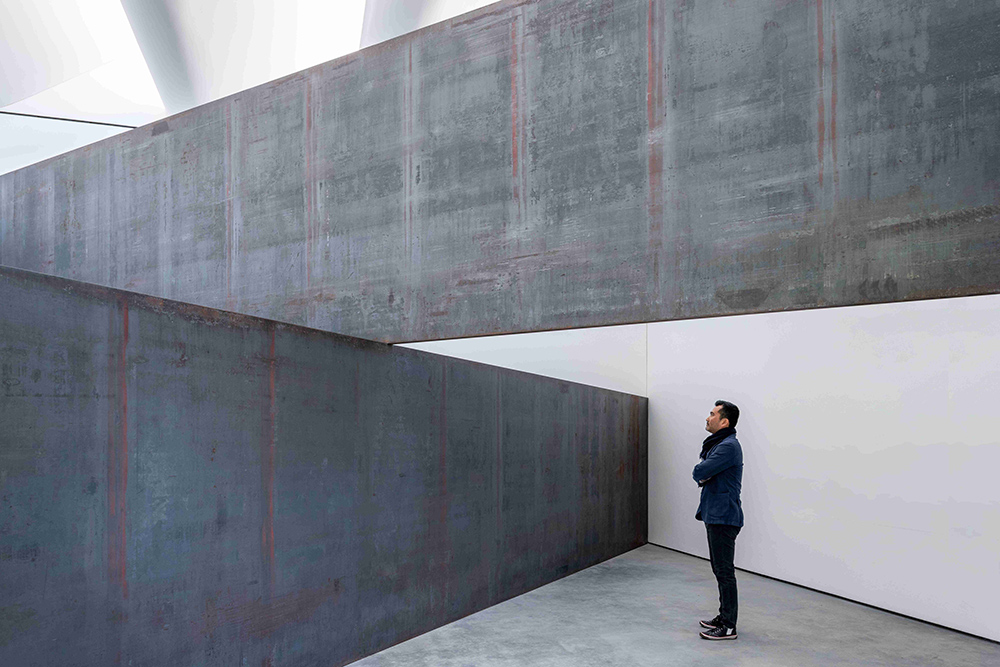 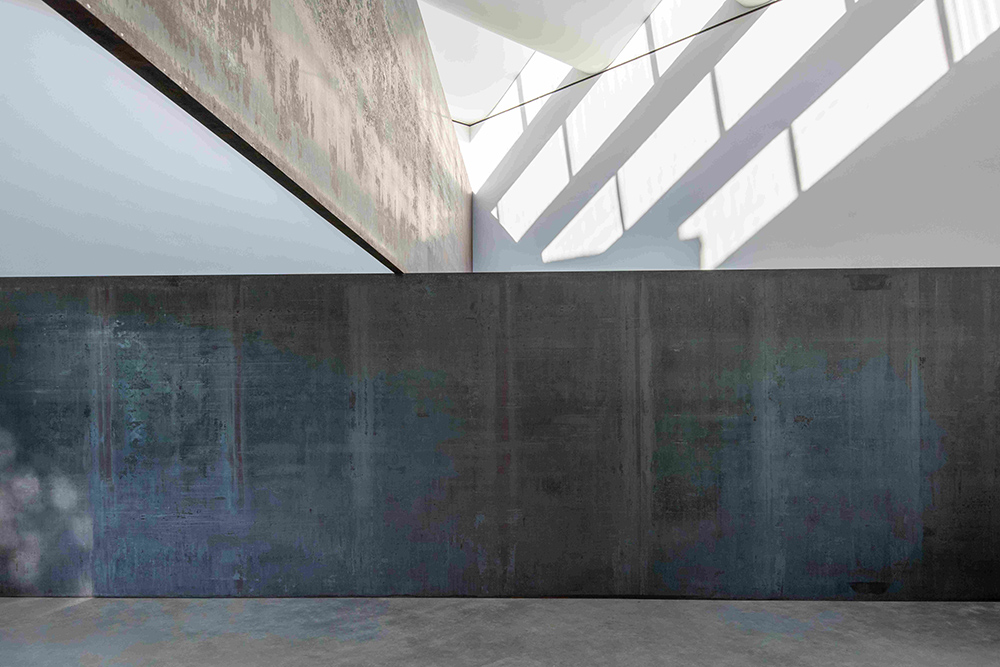 Maintaining the pristine condition of the sculpture, in contrast with the weathered look of the pavilion exterior, required a complex construction process, wherein a plethora of engineers, riggers and contractors installed the two massive plates during mild weather for adequate temperature and humidity control. The mechanical and electric system was installed off-site and connected to the building underground to avoid disturbing the building’s purity of form. 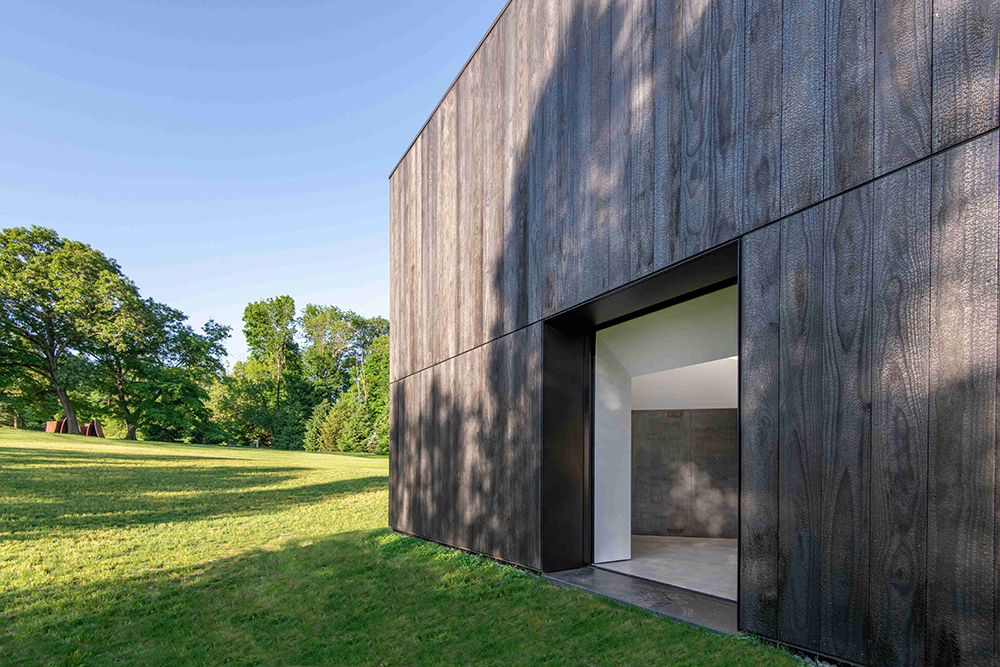 But the pavilion wasn’t meant to weather storms for London Cross (2014); made of preserved steel, the sculpture can hold its own against the elements. Rather, the building is an integral part of Serra’s work. According to the firm, the pavilion interior “spatially, figuratively and contractually became Serra’s art piece” once completed. 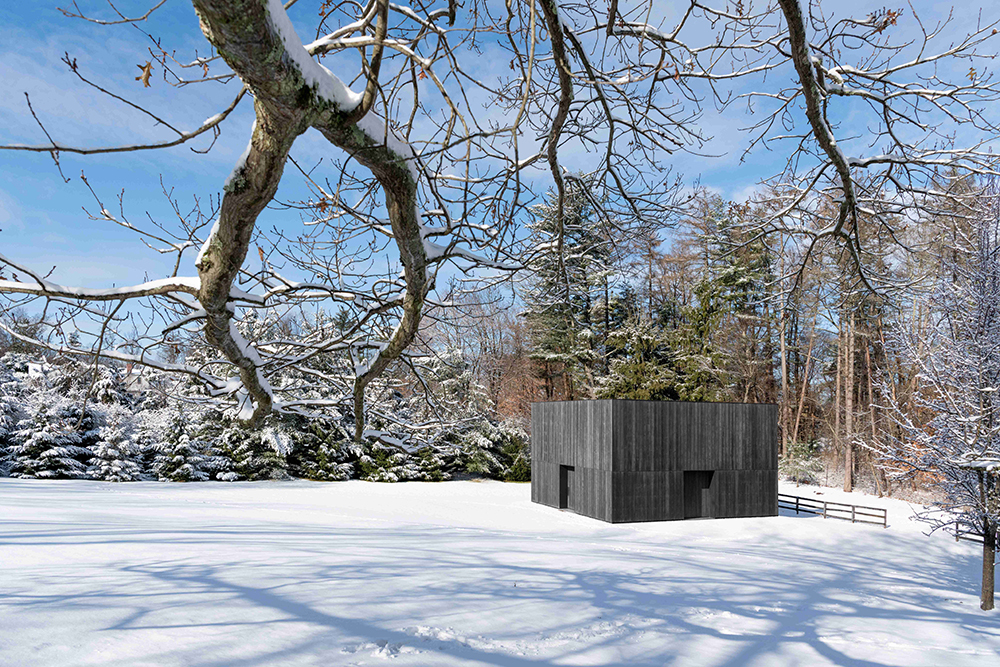 While the coherence and construction of the building warrant admiration, its most striking quality is how it allows the artwork to embrace its context, with the sculpture splitting the interior in half to underline a powerful sense of separation. In this way, the pavilion serves not only as a container but as an “integral component of the artistic experience.”