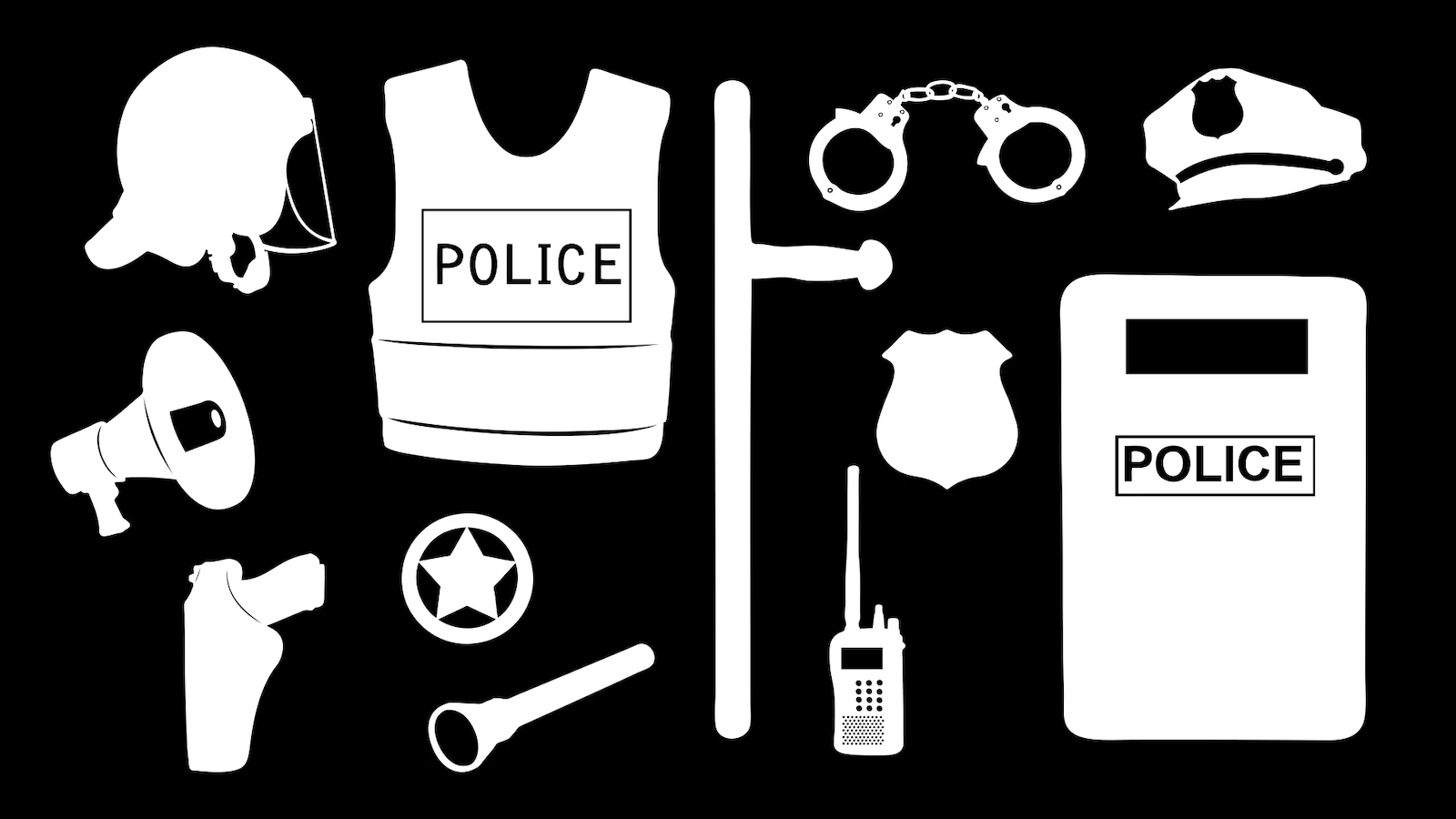 A New Kind of Museum Tackles The Design of Policing

Design Museum Everywhere explores the intersection of the design profession and the carceral state.

Where do design and policing intersect? For Design Museum Everywhere, this question is at the forefront of the non-profit institution’s recent work. Founded by former industrial designer Sam Aquillano, the nomadic museum is focused on bringing design to the public, with pop-up programs across the United States and a quarterly magazine drawing on contributions from members of the design community. While past volumes have focused on topics ranging from urban placemaking to the future of the office, its magazine has recently taken a pivot — exploring policing through design in its latest issue and its podcast. Jennifer Rittner, a writer, educator, and founder of communications strategy firm Content Matters, took over as the issue’s editor. AZURE contributor Keren Dillard sat down with Rittner and Aquillano to discuss the intersections of design and policing — and the limits of normative thinking.

Keren Dillard: What led you to choose this topic for discussion considering the current political moment? And why do you think Design Museum Everywhere — and its magazine and podcast — was the best place to showcase this body of work?

Well really, this is Jennifer’s vision. She has been thinking about this intersection between design and policing for a long time and had been trying to figure out how to pull something like that together. It was one of my proudest moments when she reached out and said that she thought the Design Museum’s platform would be a good place for this. I think that’s because we are constantly trying to find and reflect what our community is thinking about and try to put the design lens around it, and certainly people are thinking right now about police violence and police brutality.

When I first spoke with Sam, I hadn’t heard of Design Museum Everywhere, so I was curious what they were doing, and they were talking about the design in the same way that I was thinking about design, which is multi-disciplinary. Design isn’t just the product of an output; it is also the way in which we understand the structures of things. The questions of design in policing are not just about outputs, or “What are we making?” It is the weapons, it’s the spaces that are constructed specifically for policing on behalf of police…and some of the ways in which we have created structures of thought, value and being that are impacted by and that inform how policing happens. 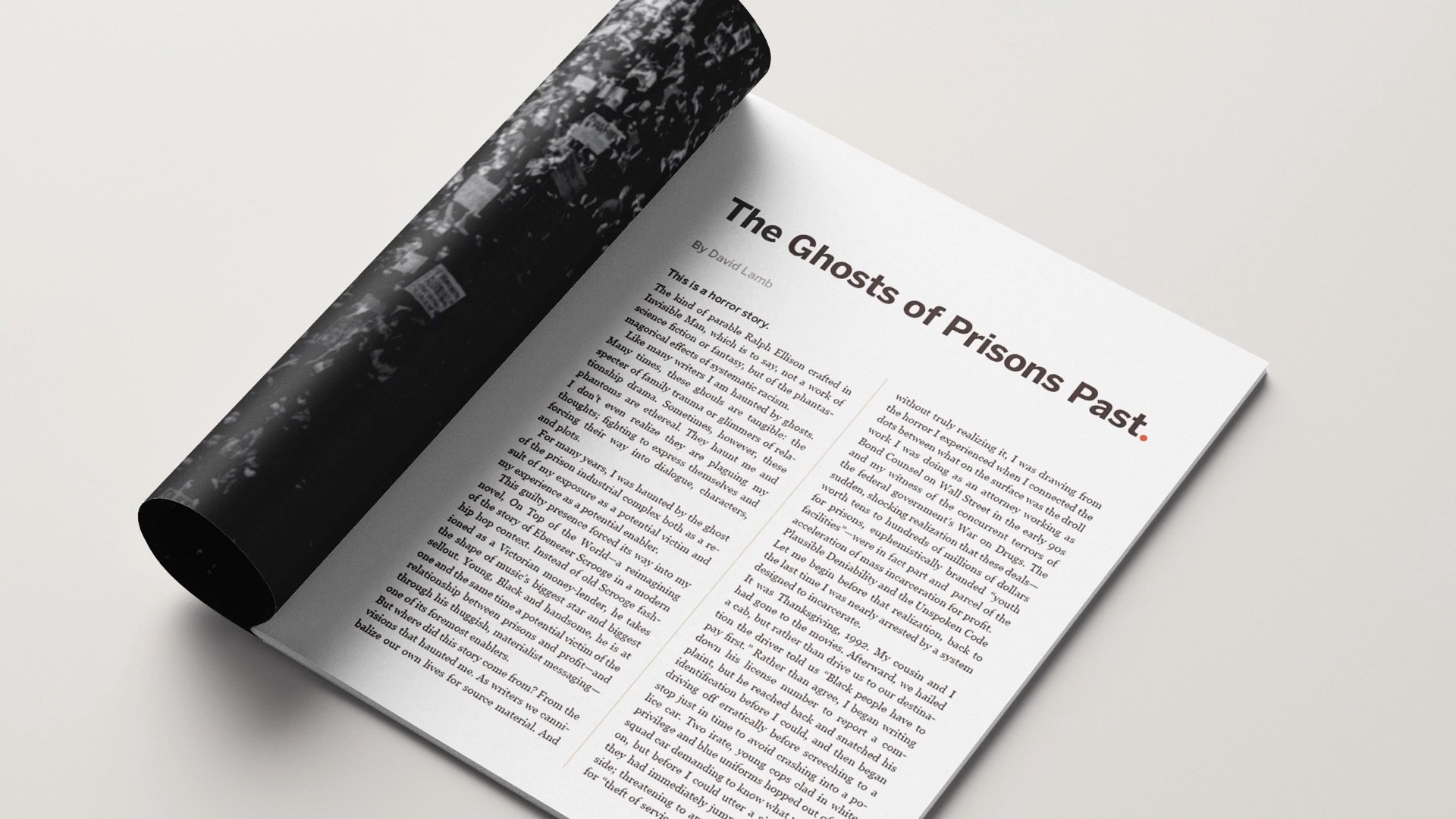 KD: Why is providing a platform for people of colour to discuss issues that impact their communities — like policing — to a broader audience important from a design standpoint?

We have done a couple of programs centred around diversity, equity and inclusion. Our main traveling exhibition is called “We Design” and it features women, non-binary folks, people of colour and people of all different backgrounds who are working in design — so diversity, equity and inclusion has always been a big part of what we do. But I am a white man, and I am not an expert in these topics. Meeting someone like Jennifer who can come on, be the expert and catalyze a community of other experts – all the writers and contributors to this issue – my role has been to rally the design community and provide the platform, get funding, and step away to let the results speak for themselves.

KD: Sam, I’ve heard that you’re fond of the William McDonough quote, “Design is the future of human intention.” How would you connect that statement to this body of work?

I guess “former Sam,” who hasn’t been so deep into these topics – white man – would say, “Oh, the policing system was designed without intention, and this kind of just happened.” But that is not the case, there is a lot of bad intention designed into policing. I haven’t felt the effects of that, but many people have. So, my hope would be that this issue adds to the dialogue around how we bring human-centred design, for all humans, to public safety. In past issues we have touched on how much racism and xenophobia has been designed into policing from the roots of police as an institution. I hope the magazine is something that we can use to make positive change.

Sure, out of context, I agree that design is intention, but it is intention that also has to be built around accountability. It is not enough to have an intention. It is deeply important to stay committed to the intention all the way through and to be able to respond to the repercussions. One of the problems in thinking about policing and design as a solution to be solved by designers is that designers are inclined to make things better. Therefore they are inclined to make policing “better”, when instead the question has to be, “What is policing doing broadly that is simply not working?” So, the ergonomics of the tools of policing do not need to be better. We don’t need better handcuffs or better jails; we need better systems that prevent people from having to interact with police, in situations that would put them into handcuffs and into jails. So actually, I am going to disagree with that statement. It is not just intention — design has to be more than intention at the stage of understanding that complex systems require more than good intentions. 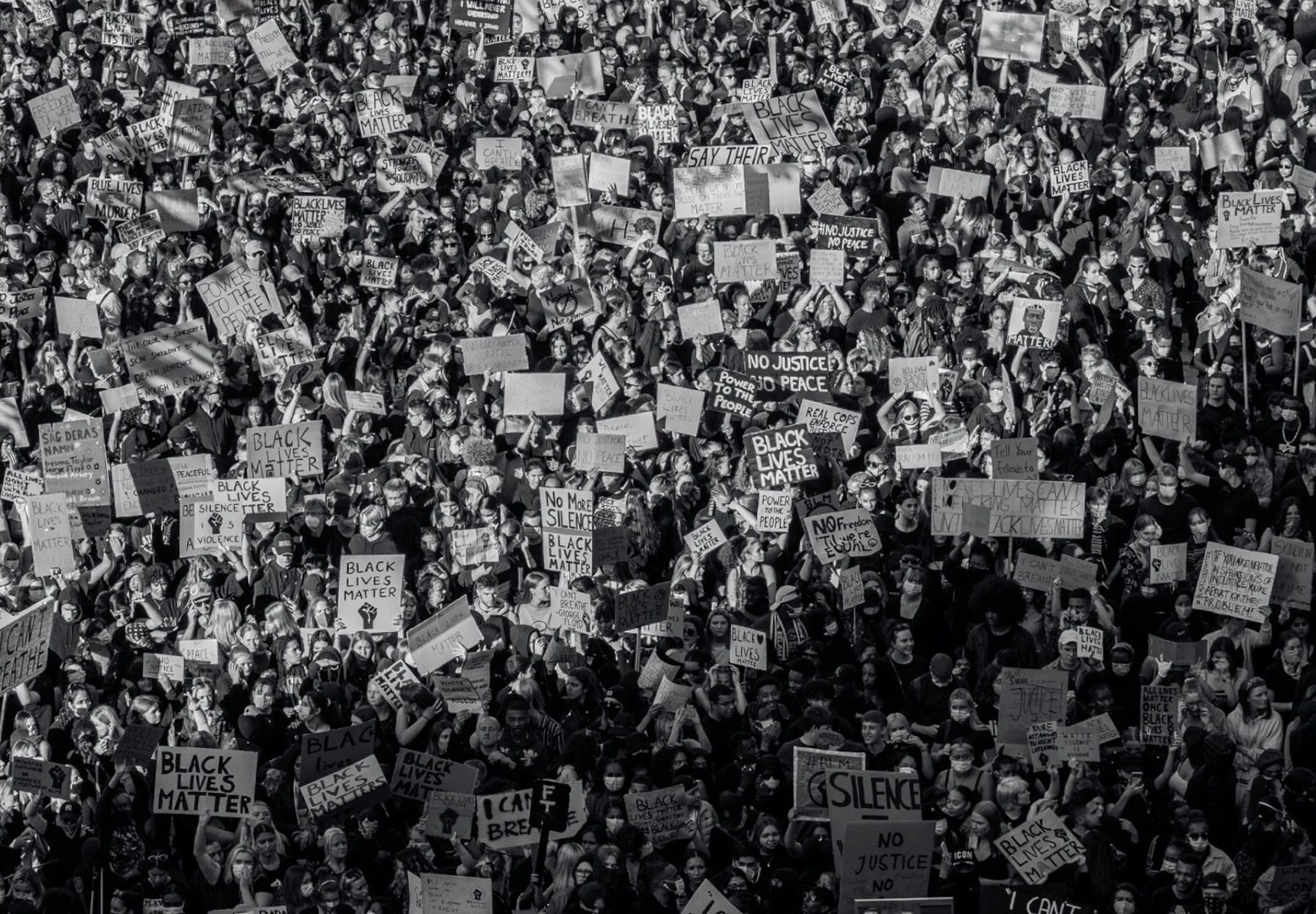 KD: There are a lot of people in the design world that would put this seemingly radical, “futuristic” thinking about policing in a box, not recognizing its connections to the design profession. How can this conversation push design equity into a broader consciousness?

That is one of the main early whims of this issue: responses like, “I’ve just never thought of this.” The design industry is predominantly white – there is a lot of power in the white design world, and I hope it wakes people up to ask what they can use their power for.

I wrote something last year, discussing how people in power need to cede their power and their platforms, and that is the answer. I don’t want them to read something and think of it at a prescription or a to-do list. We don’t need another ideal framework. We need people who are living in spaces where they are deeply confronting these issues to be in conversation with one another, address complexity together, and recognize that there is no way that we are going to cookie-cutter this into a solution. We need people who are going to be activists wherever they can be, not just marching but practicing activism in their own spaces and practices.

I don’t care if a well-heeled, white designer in a good firm reads this and is like, “Well, I don’t know what to do next!” That is great! Then, don’t do anything next. But when someone who is BIPOC or LGBTQ, or differently abled, who has had interactions with the police and is trying to do something, put your support behind them. That is the work. So, when Liz Ogbu and Dustin Gibson and Annika Hansteen-Izora are talking about the change that they are trying to make in spaces of disability, queerness, blackness, oppression and poverty, support that work. These people are in those communities and they know what is needed. What they lack, sometimes, is support in all the ways that support happens: financial, resource, promotional. So, do that…

This is not to say that the [push towards] anti-normative [design thinking] is a condemnation of design. It is just making space for it. It’s not to say, “This is not happening anywhere!”, because of course it is happening. People are making design that is unique and representative, but there is still plenty of policing that happens when people are judging, assessing and evaluating design around a set of principles that do not serve the multiplicity of designers who are in practice.

Design Museum Everywhere’s “The Policing Issue” is available for purchase through the Design Museum website. You can also find special content by the contributors and more discussions on this topic on the podcast Design is Everywhere.

Design Museum Everywhere explores the intersection of the design profession and the carceral state.