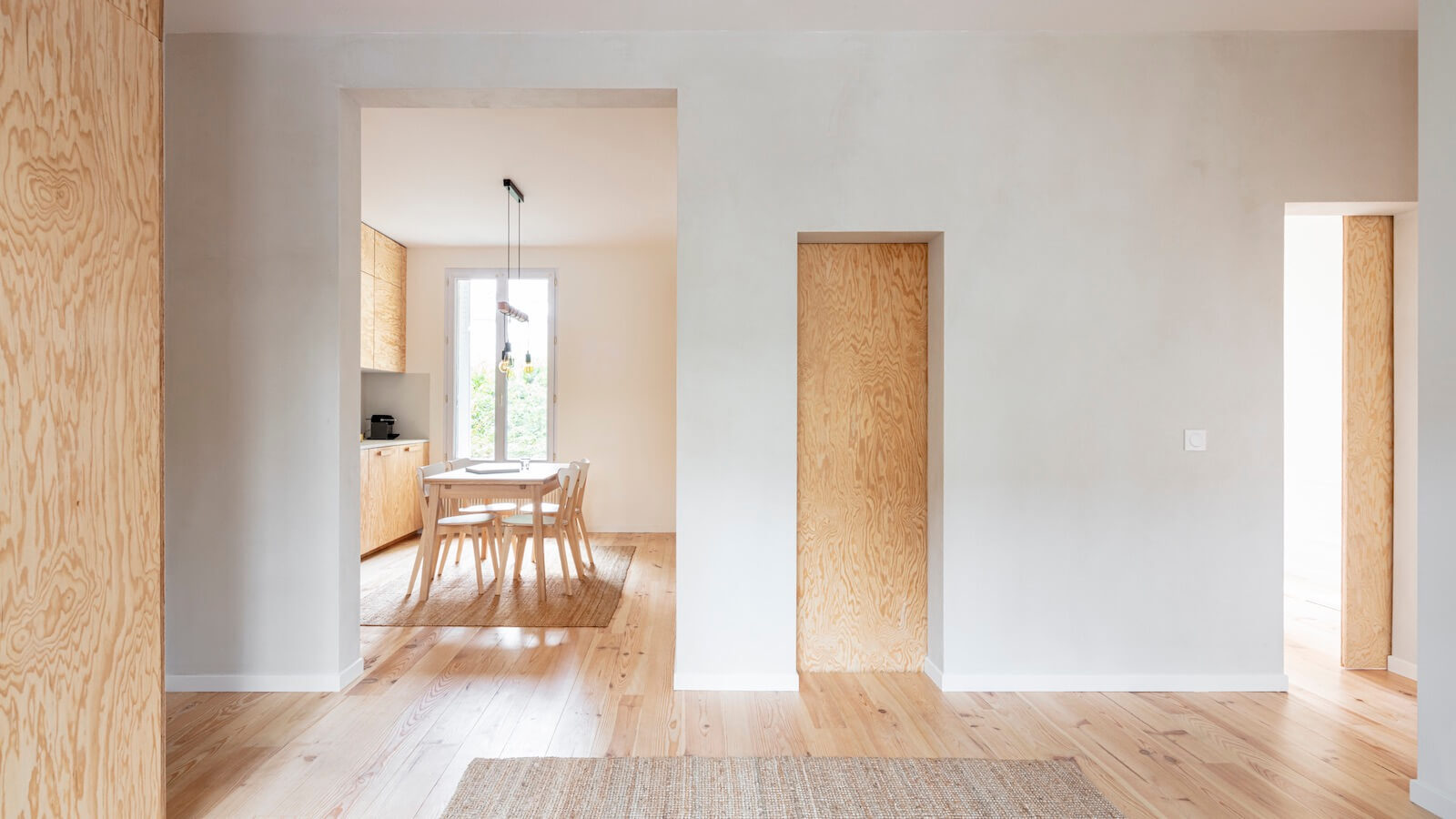 A Parisian Apartment Embraces Family Life on a Compact Scale

Local architects l’atelier rise to the challenge of converting a small one-bedroom suite into a family home fit for five.

A family of five in a 50-square-metre apartment. This was the challenge posed by a brief to transform a modest residential unit in the densely populated Parisian commune of Vanves. Fortunately for local architects l’atelier, the project represented familiar terrain, with the firm drawing on their extensive expertise in creating comfortable residences on small scales.

Still, this was some small scale. To ensure that the space was used as efficiently and thoughtfully as possible, l’atelier began with a thorough site analysis and a detailed understanding of the client’s needs. An adult couple with three children — ages 18, 15 and 7 — the family wanted an apartment that would accommodate the whole brood but also be easily adapted into a larger space for the parents once the children eventually leave home.

While the previous one-bedroom apartment had to be thoroughly reimagined to support a family of five, the unit’s square floorplan was well suited to become a flexible, evolving home. The tall, three-metre ceilings also allowed the designers to expand the living space by deftly inserting elevated sleeping quarters while working around the apartment’s central load-bearing wall.

L’atelier introduced a living-dining area that spans the length of the home, taking advantage of the ample natural light on two sides to create a cross-ventilated space flooded by both morning and afternoon rays. The bedrooms are clustered together on the opposite side of the square floorplan, with the bathroom and the children’s conjoined rooms located near the kitchen. For an added sense of privacy, the parents’ spartan space is placed immediately off the living room.

In a home measuring just seven metres in width, fitting in four beds was no small feat. While the small parental bedroom features a compact though uncomplicated layout, creating individual sleeping spaces for the three children required a Jenga-like balancing act.

The back boys’ bedroom features a small sleeping alcove (bottom right) as well as an elevated bed above the bathroom.

Taking advantage of the relatively tall ceilings, l’atelier stacked a bed above the bathroom, with another bed slotted into a one-metre high alcove below the slightly elevated middle bedroom. While the two beds are separated for privacy, they are accessed through a room shared by two family’s two boys. Meanwhile, the modest middle bedroom — belonging to the daughter and accessed via a small set of stairs from the kitchen — is also raised to create a recess for the sleeping area.

The middle bedroom is accessed via a narrow set of stairs from the kitchen.

The room is slightly elevated to accomodate a sleeping nook in the back bedroom.

In a space so intricately and rigorously subdivided, l’atelier opted for a simple and consistent selection of materials in order to maintain unity. Light-coloured pine is used across every door and window, with the same treatment employed in the kitchen cabinetry and the floors. Paired with crisp white walls, the bright wood fosters a much-needed sense of openness, while the apartment’s framed stairs and generous alcoves — such as a built-in sofa in the living room — add a feeling of depth and texture.

As the kids grow up and eventually move out, the apartment is designed to evolve in kind. L’atelier employed movable partition walls wherever possible, allowing the parents to eventually create a new layout — with a larger single bedroom and living room — by eliminating the current master suite and combining the two smaller bedrooms into one. For now, however, l’atelier has aptly demonstrated that stylish family living in a small urban space can elegantly stack up.

Local architects l’atelier rise to the challenge of converting a small one-bedroom suite into a family home fit for five.