A Prague Teashop With A Split Personality
For Tea Mountain, local firm A1 Architects drew from a palette of contrasting textures and colours - as well as a grand arch in the 19th-century building's shopfront - to define two distinct zones within a compact storefront. 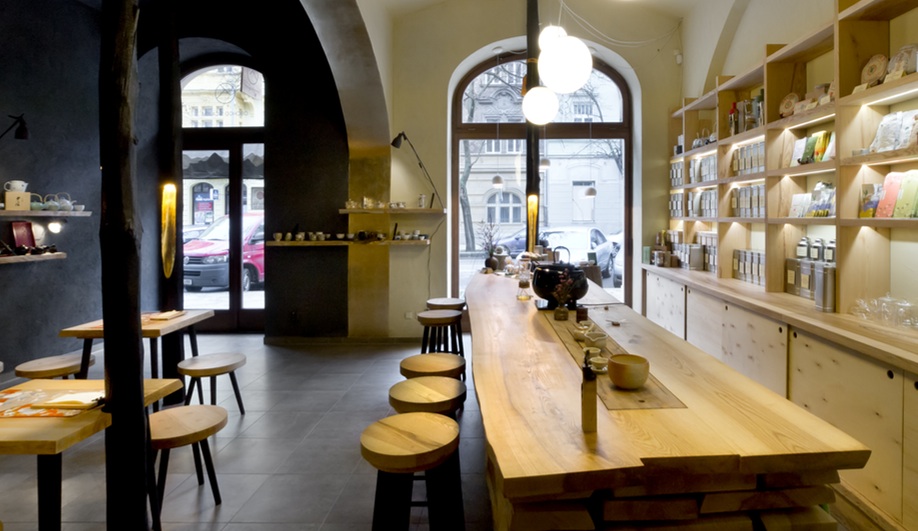 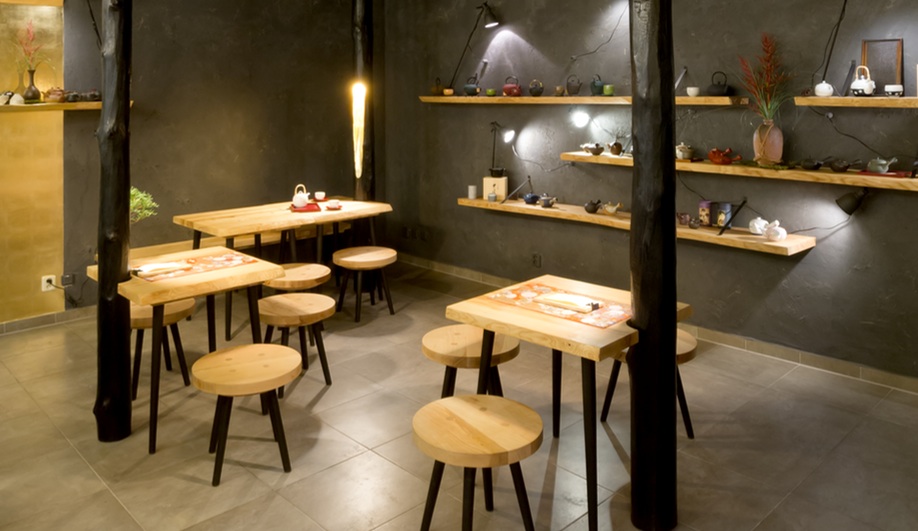 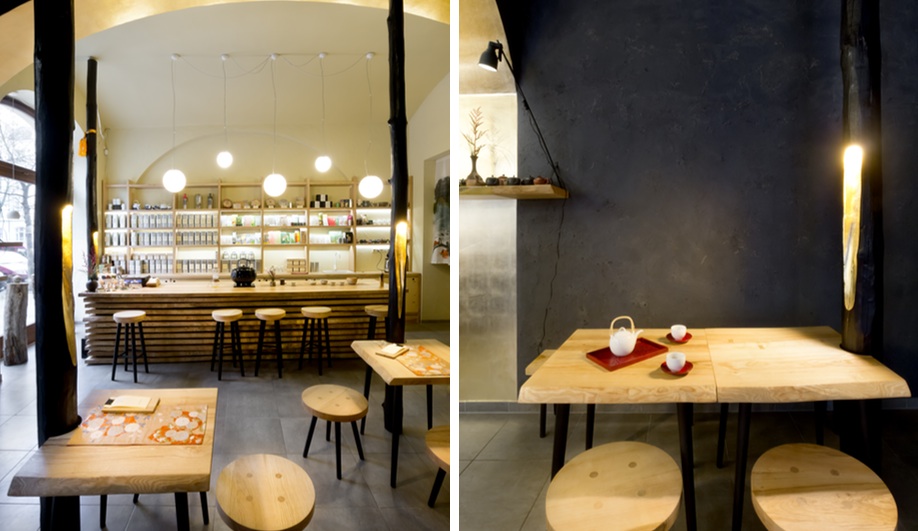 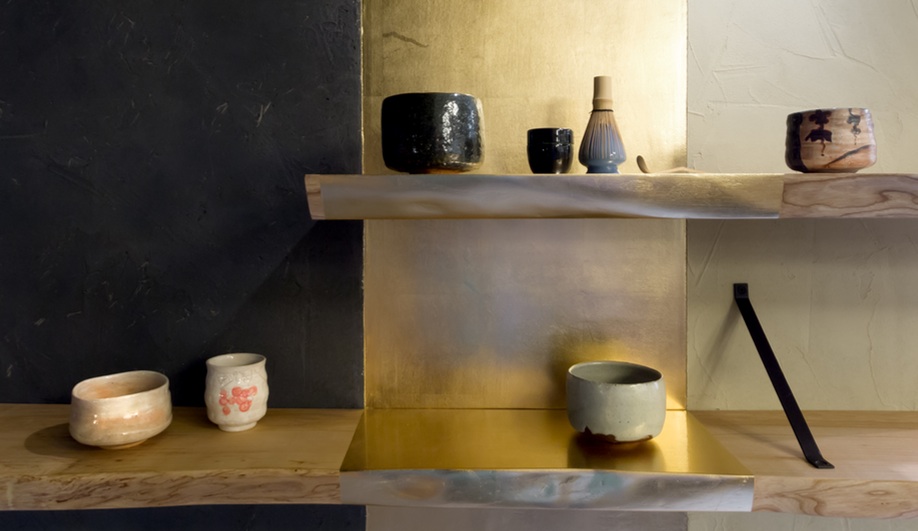 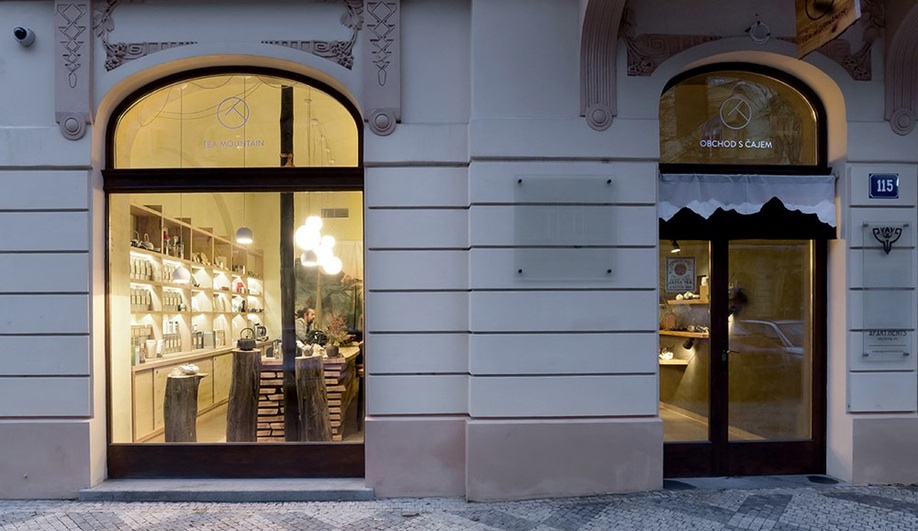 For their first bricks-and-mortar location, the owners of Prague-based retailer Tea Mountain sought an inviting space that would present their imported teas and tea paraphernalia to a wider audience in the best possible environment, with a “delicate and friendly manner.” They turned to A1 Architects, a local firm which already had already completed a number of tea houses and other understated interiors. Founded by architects Lenka Křemenová and David Maštálka in 2003 and expanded to include graphic designer Marta Maštálková in 2006, A1 has honed a multidisciplinary approach to retail that gently blends placemaking with low-key branding.

The design team began with a clear concept: optically divide a space of only 55 square metres into a bar and seating area of roughly equal size, without introducing partitions that would restrict movement throughout the shop. As part of a pre-existing structure dating back to the 19th century – a rather stately limestone apartment in a busy mixed-use neighbourhood – the storefront included a prominent arch that split the space into two vaults of roughly equal size. The design team seized on this as a natural division, highlighting the inside of the arch with a layer of gold leaf. The ribbon of gold continues down to the floor, even enveloping the wall-mounted shelves.

In front of a large window looking out onto the street, A1 situated the bar and its shelves of tea canisters. Both the island and shelves were custom-made from pale ash wood – simple in form, but infused with details like charred rope handles and an inset tea tray made from limestone. Light-painted walls and ample illumination from five globe pendants lend the bar an airy, friendly feel.

Across the divide, it’s a different story. The space is enclosed by black plaster walls which have been textured by the addition of straw and coal, heightening the sense of earthiness and intimacy. Stools are clustered around custom tables, which are supported by rough-hewn wooden columns charred black to resemble the survivors of a forest fire. Lighting is scarcer here too – apart from the light spilling in from the bar, the only illumination comes from accent lighting over each of the tables. Angled shafts drilled into these charred columns conceal downward-pointing spots; these cavities are also gilded, giving the light a warm, golden hue.

These details reveal themselves only to the patient visitor, inviting guests to linger. But the contrasting atmospheres are impossible to overlook, resonating with each other like yin and yang: a bright and cheerful stage for the presentation of the tea ritual, and a cozy space to sit and sip, or just observe.