A Prefab Retreat in the Clouds
A sculptural refuge inspired by a caravan provides hikers with a lakeside retreat on the outskirts of Bordeaux. 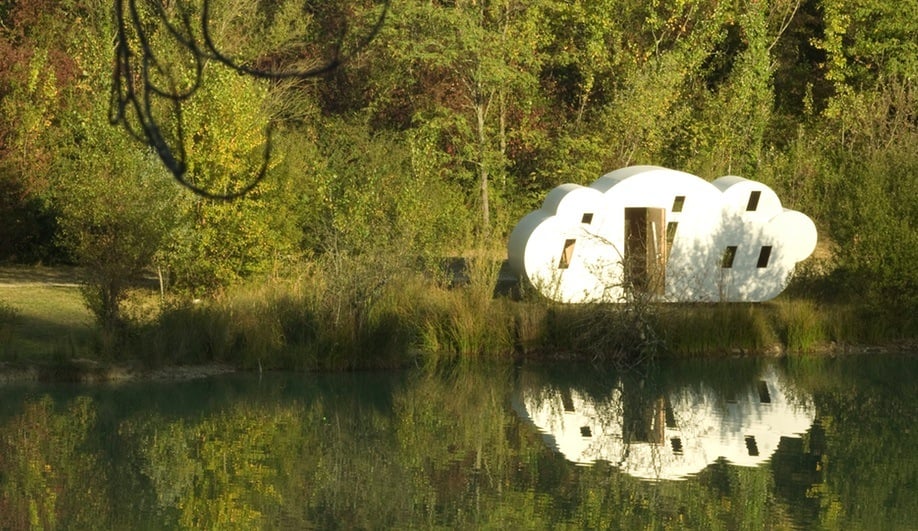 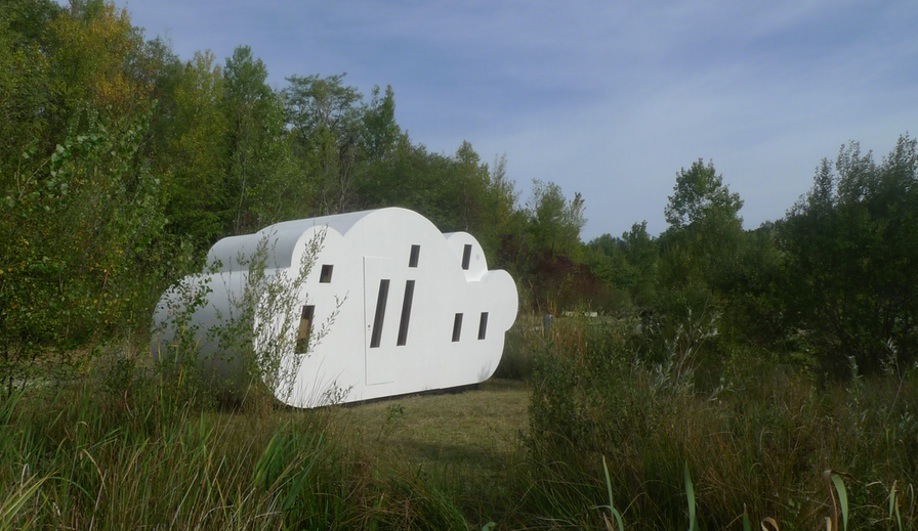 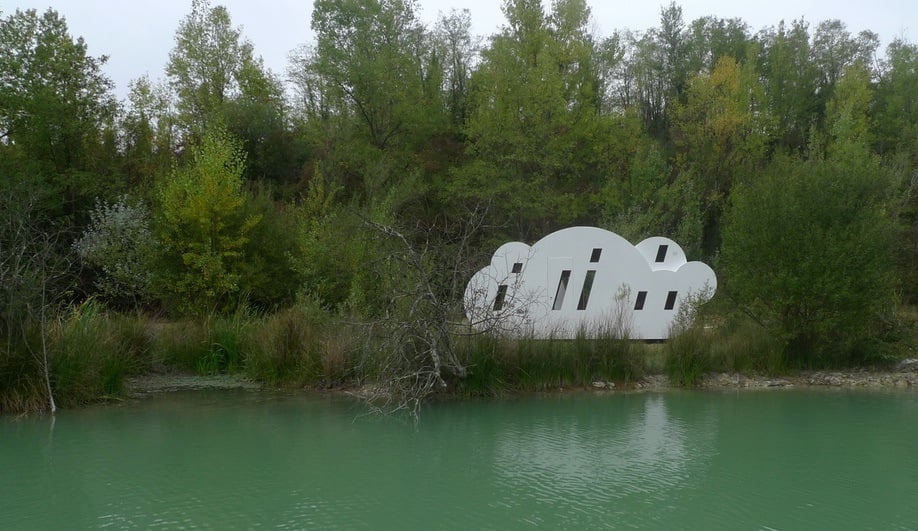 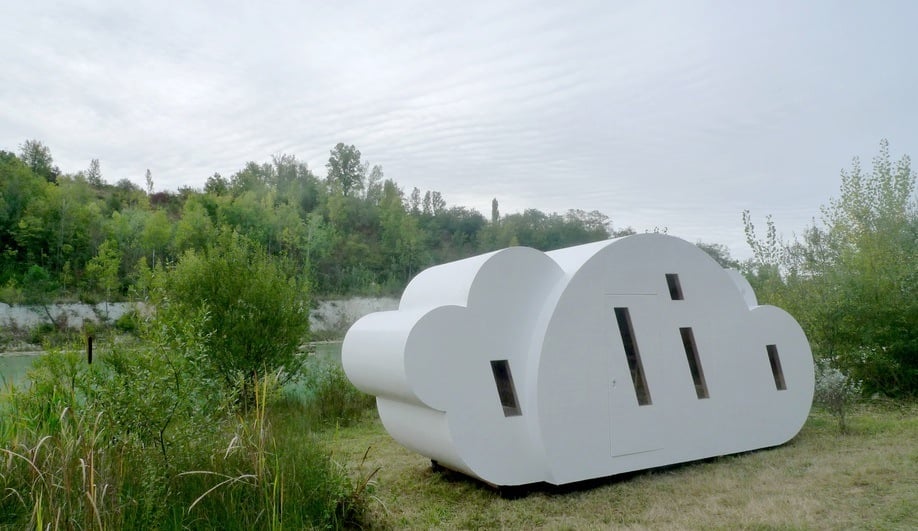 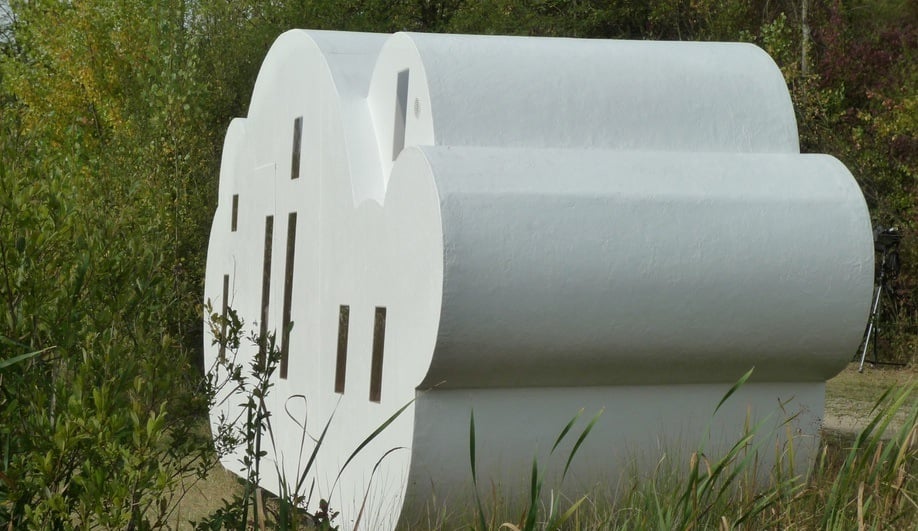 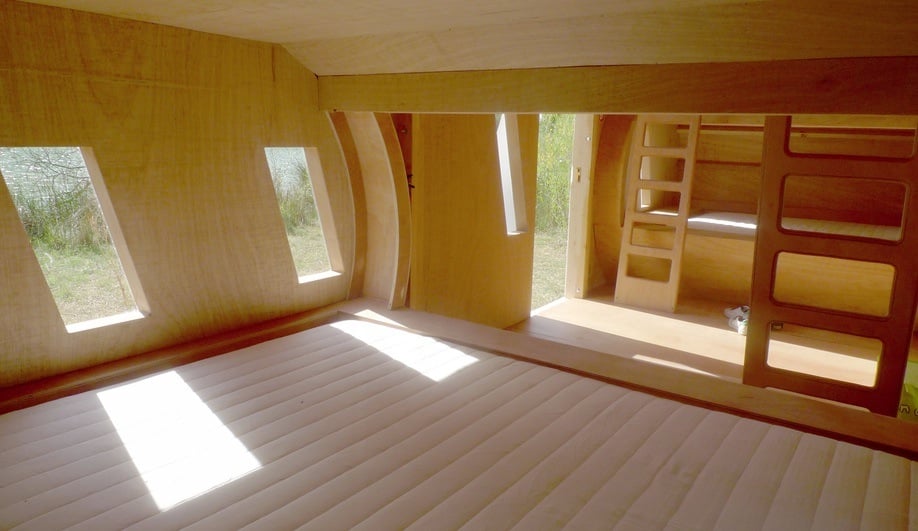 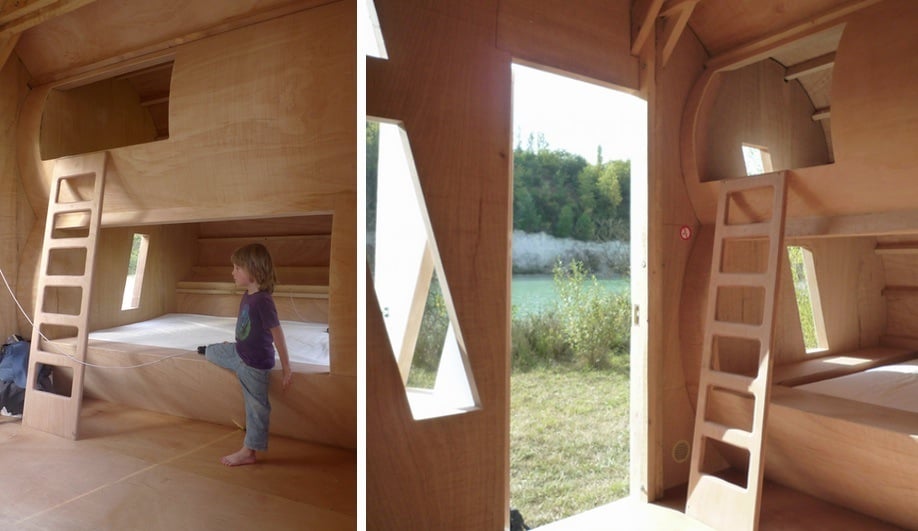 The Peri-Urban Refuges project, spearheaded by the Bruit du Frigo think tank and sponsored by the Urban Community of Bordeaux, France, consists of 13 hikers’ shelters. When they’re all completed, the prefab retreats will be distanced a few hours apart from each other, dotting a loop that passes through the green spaces along the city’s outskirts. Peri-urban hiking, as the project’s developers call it, offers a way to explore new territories close to the French city, on a roughly 50-kilometre route that takes just six days to traverse.

Le Nuage – translated as The Cloud – by local firm Zébra3/Buy-Sellf, is among the first finished shelters. Its white-painted wood profile is modelled after a comic strip cloud, a form that also evokes the kitschy teardrop campers that were popular in the 1930s. The firm compares its melding of architecture and sculpture to the utopian concepts of the 60s and 70s.

Inside, the shelter is sparse, with no running water and no electricity – after all, its only function is to provide a place to crash after a day of walking. Besides enough bed space to sleep seven, the folly contains only rechargeable electric torches. The location is the draw here: Le Nuage is located on the lush banks of the Garonne river in a verdant space where the sounds of frogs and birds replace the hum of traffic.

Limited to a maximum size of 2.5 metres by 12 metres (due to a transportability requirement), the shelters make up for in creativity what they lack in size. Since Le Nuage, five additional refuges have been completed, in a fantastic array of forms: a hammock, a family of owls, a star, a massive felled tree trunk, and, the latest, a wooden cabin half demolished by a dragon’s tail.

The remaining seven follies are expected to reach the site before the summer of 2014. Although reservations are required, these shelters are free to use – a chance for locals and visitors alike to explore Bordeaux’s outer regions in an alternative to the typical hikers’ lodgings.