A Rowers Centre That Snakes Across The Land
Designed by Álvaro Fernandes Andrade, this hub for Olympians finds its fluid form in the uneven terrain of Portugal's sublime Douro Valley. 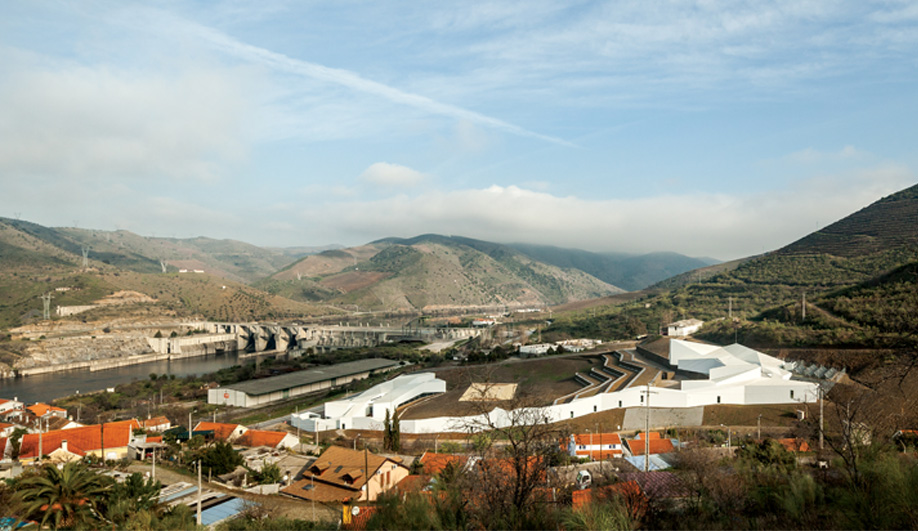 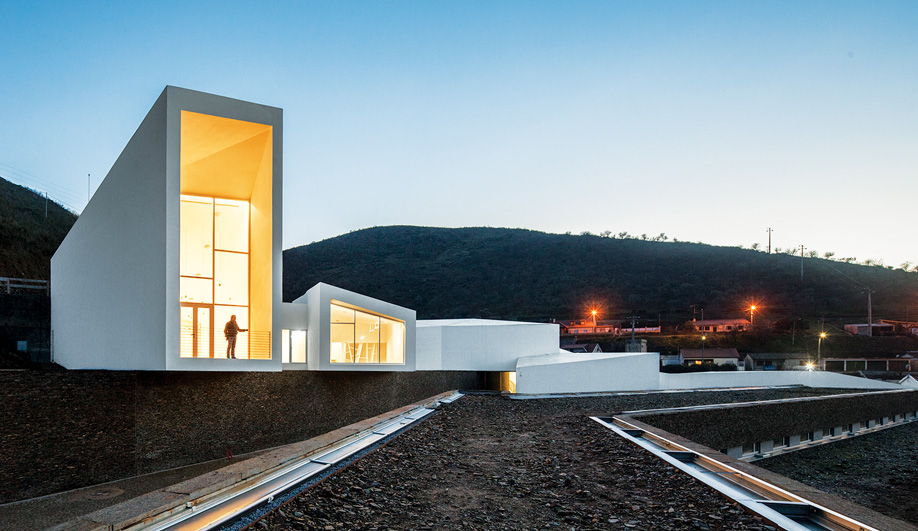 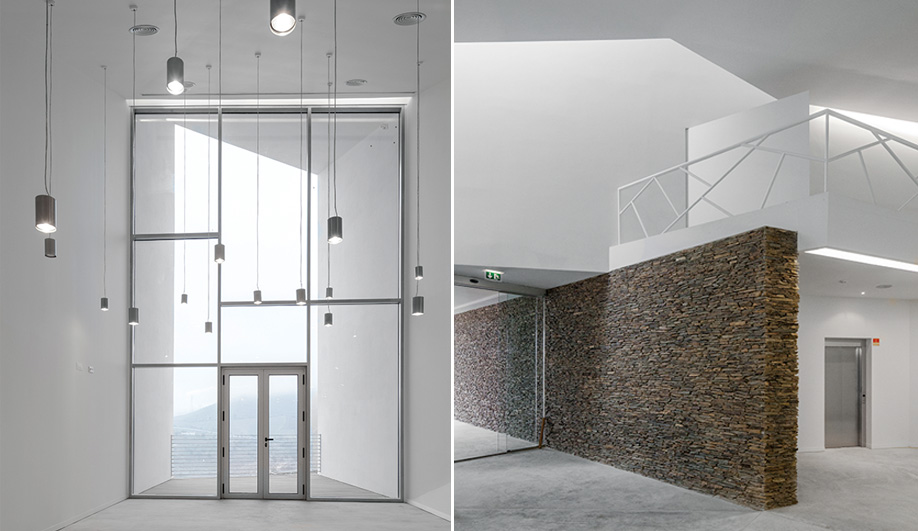 Left: From the inside looking out, a detail view of the top volume’s window wall. Right: Shale-faced steps built into the topography emerge as interior walls.

A unesco world heritage site recognized as a cultural landscape, Portugal’s Douro Valley is irrevocably shaped by centuries of winemaking. Now a new type of institution is making its mark: a striking white structure that winds its way up and around a terraced slope like a snake in repose. The Rowing High Performance Centre in Pocinho takes its shape from the lay of the land.

A go-to training site for Olympic rowers, the 8,000-square-metre facility sits just above the river at the Pocinho Dam, on the site of the former National Rowing Centre. While the dam’s water basin provides ideal rowing conditions, the original building did not take advantage of the sloped hills that lead across and down to it. Portuguese architect Álvaro Fernandes Andrade, in coordination with MDT, designed the new centre in three distinct sections, with a long covered corridor connecting them. “We looked to, and through, the specific form of building the landscape over the centuries,” he says.

Arranged as asymmetrical clusters that take their cue from the bulky, white-walled winery estates that define the valley vernacular, the structure’s three main functions offer inspiring views of the scenery beyond. The social and training areas reside in the snake’s head and tail, respectively. The third section, dedicated to housing, lies in total contrast to the other two areas in terms of views. It is built into the ground, beneath a series of greenery-topped, shale-faced steps, the architect’s reinterpretation of the terracing that has been carved into the valley for almost 2,000 years. The 130 dormitories are set side by side, with south-facing skylights. As well as taking advantage of passive solar energy, these allow athletes to take in a tranquil view of the night sky.

Its striking design juxtaposed against the ever-transforming terrain, the training centre hopes to attract an even larger roster of international teams than it did in its previous incarnation. Hopefully, athletes will also be lured by the environmentally conscious considerations that make it all the more unique. “The increased freedom introduced by the sculptural nature of the project allowed me to design for passive energy without added elements,” says Andrade. “Shaping the form, we could expose the windows to the winter sun and shade them from the hot summer sun.”

SHARE
Twitter, Facebook, LinkedIn, Pinterest, Email
TAGS
Commercial, Recreation,
AZURE is an independent magazine working to bring you the best in design, architecture and interiors. We rely on advertising revenue to support the creative content on our site. Please consider whitelisting our site in your settings, or pausing your adblocker while stopping by.