A Rugged Stone Cottage in Slovenia
Ljubljana studio Dekleva Gregorič Arhitekti carries on local tradition with the design of this modest yet striking cottage in a small village on the Italian border. 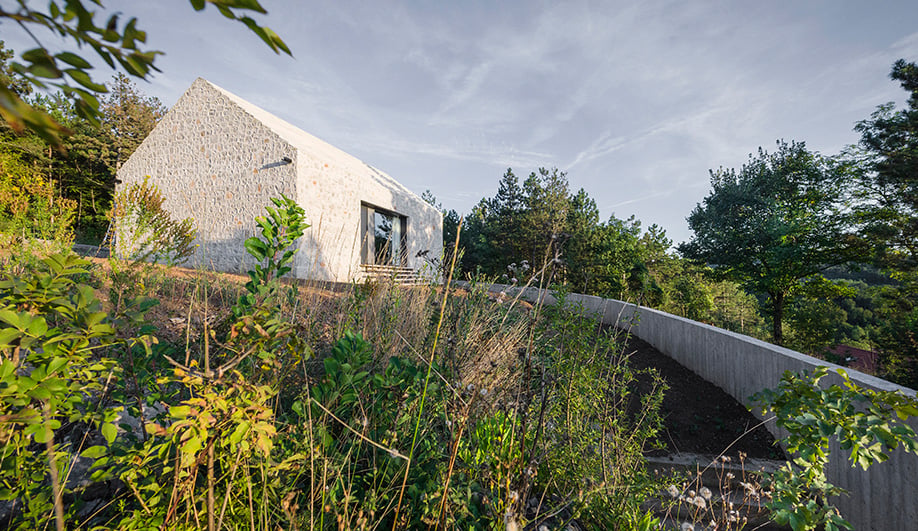 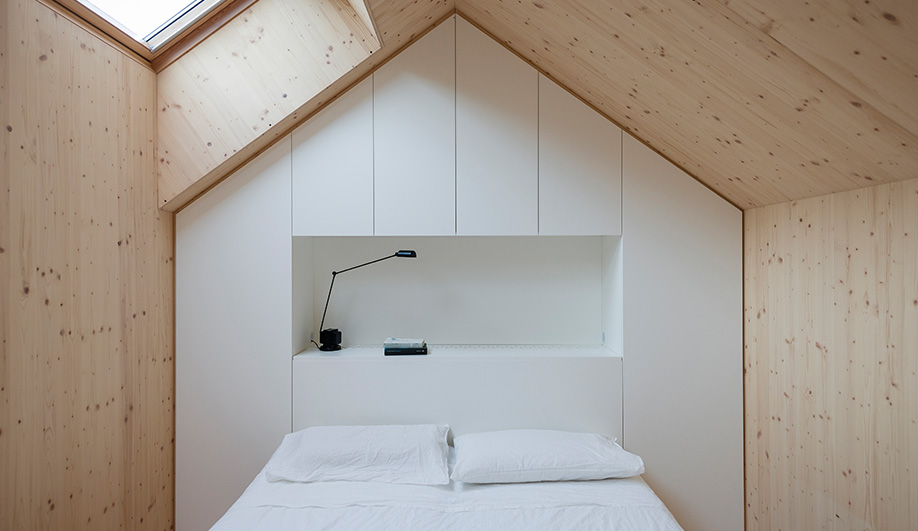 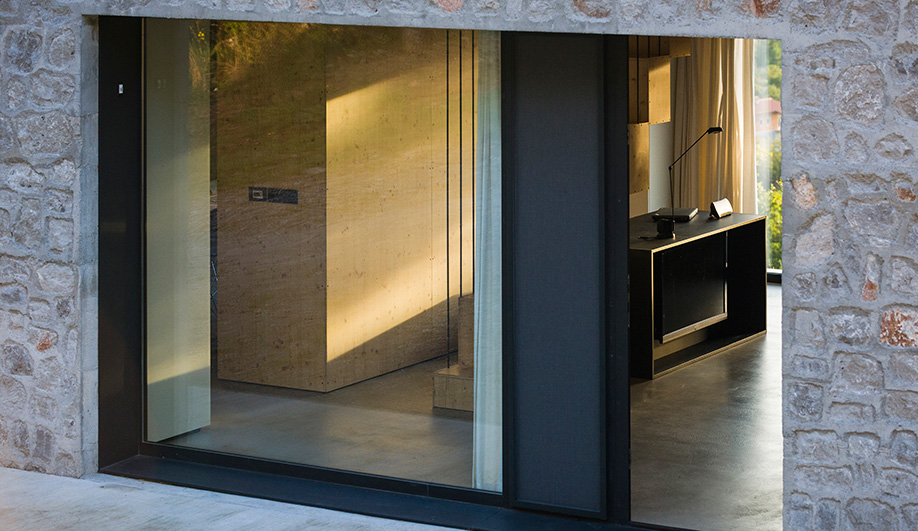 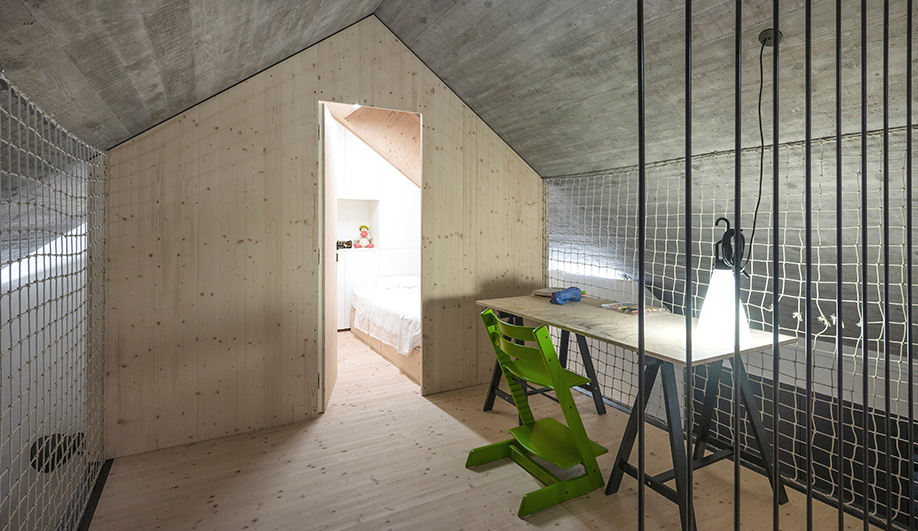 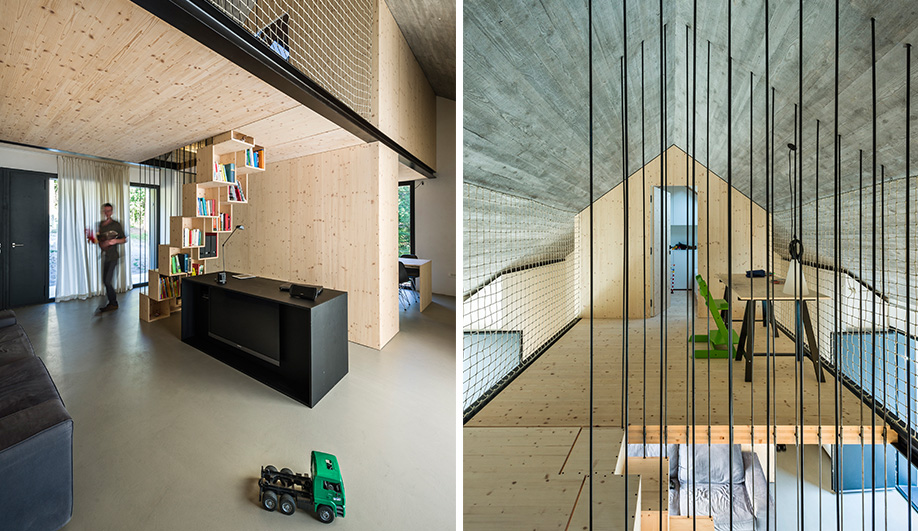 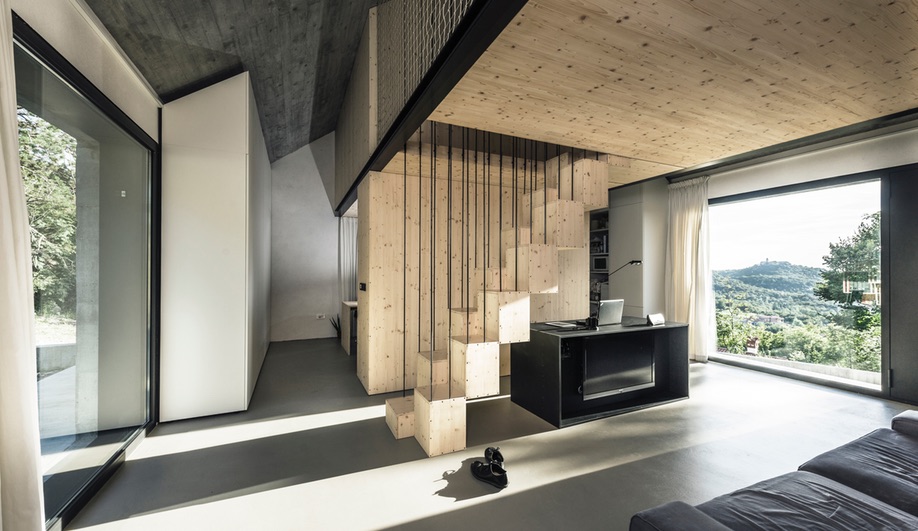 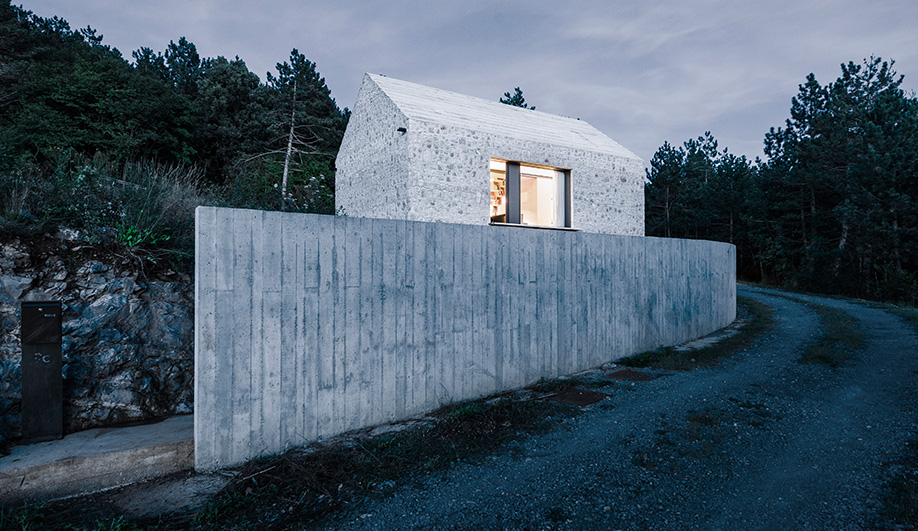 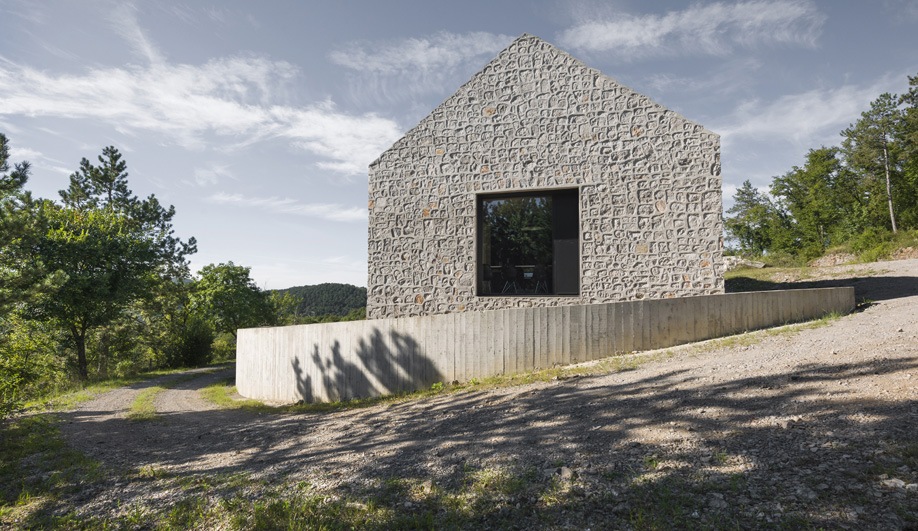 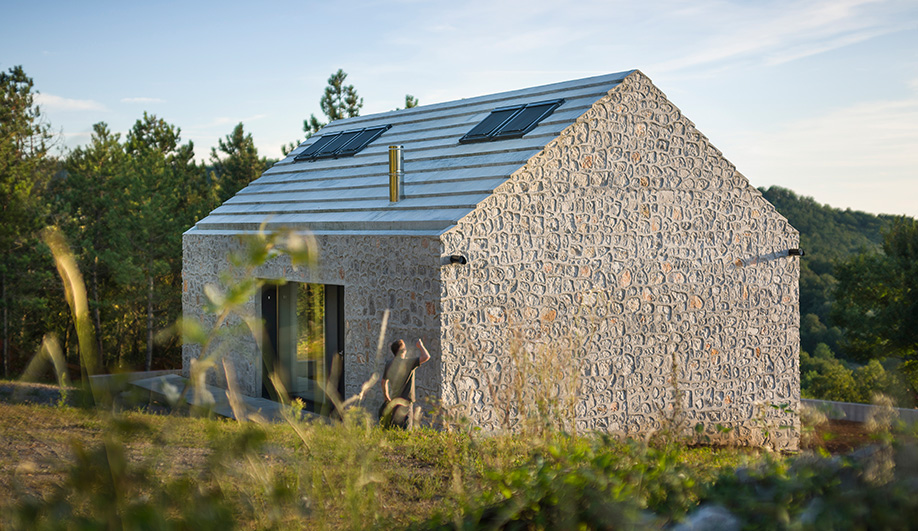 This simple, pitched-roof house in Slovenia, formed of concrete and limestone, blends so perfectly with the terrain one might think it had sprung up from the ground. Home to a young family, it’s located in the country’s Karst region along the Italian border, once the site of an oak forest. These trees were long ago cleared and hauled across the Gulf of Trieste to build the city of Venice, providing the legs that keep it standing above its famous canals. The deforestation led to more and more erosion, and today the region is a rocky limestone landscape, with houses built to match: stony, spare and small.

Rather than break tradition, the team at Dekleva Gregorič Arhitekti decided to wrap this modern cottage in stone and concrete cladding, employing a building method used by studio co-founder Aljoša Dekleva’s architect father over 40 years ago. The exterior façade is cast in concrete with stones inset as the walls were poured into the formwork. Remarkably, the resulting surface resembles that of a historic house; however, the roof, also poured in concrete but with a streamlined, sawtooth profile, is a dead giveaway that this is a decidedly contemporary build.

Inside, the ceiling and walls are clad in spruce plywood panels, which are finished with a transparent oil. While the overall aesthetic is minimal, there are plenty of delightful details. The wood outlines two distinct boxes on the second floor, each a bedroom shaped as if it were a tiny house on its own. A bridge that stretches in between is enclosed in a web of ropes, and acts as a playroom for the family’s two young children.

Descending to the first level, the staircase is hung from black steel rods for a floating effect and it doubles as storage, with shelves built into the back of each riser. The shelving combines with a desk tucked behind the stairs to form a home office. The main floor is open, airy and bright, thanks to large windows on three sides. The intervention is unusual for the area, where windows are usually few, far between and tiny. But with this addition to the rugged landscape, the view is looking more and more appealing.