A Striking Boathouse in Chicago
Local firm Studio Gang Architects delivers the first of two iconic boathouses to jump-start the revitalization of the Chicago River. 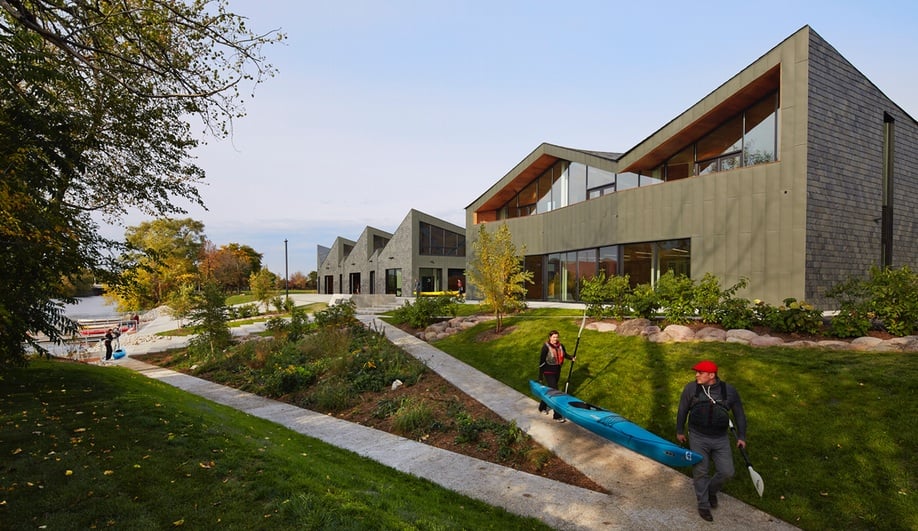 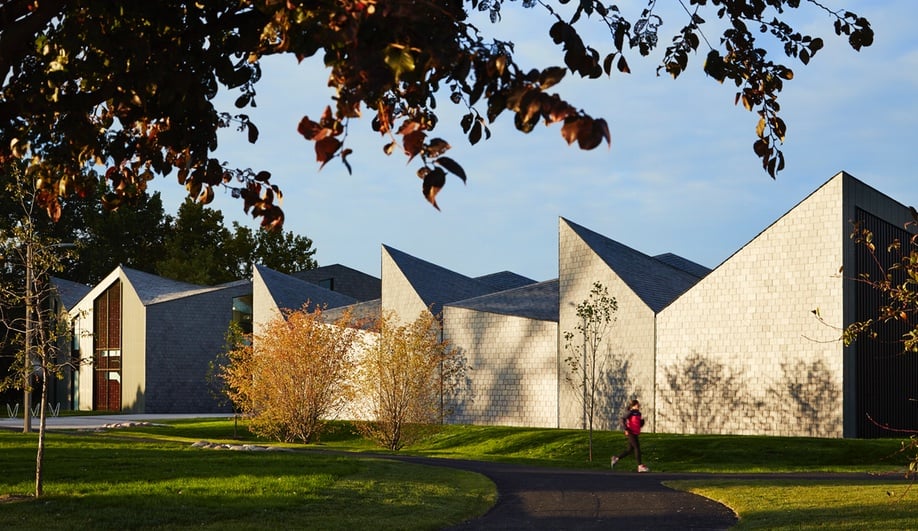 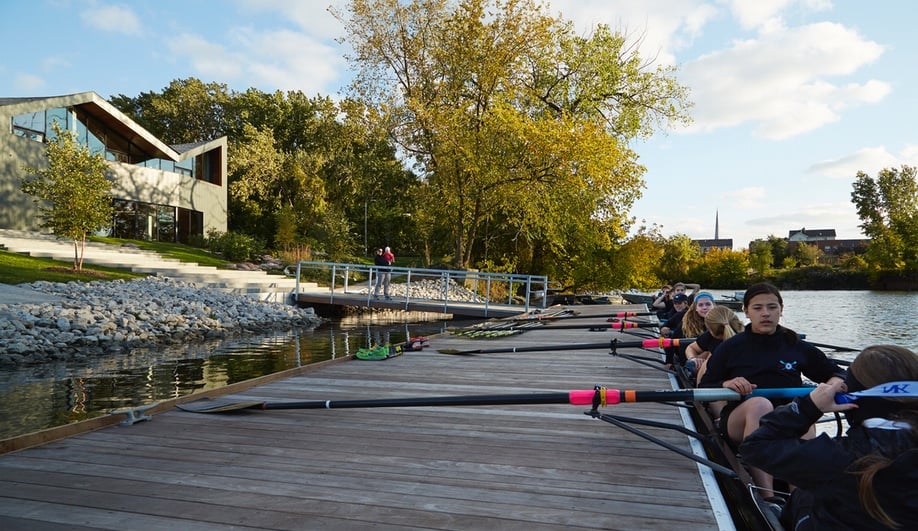 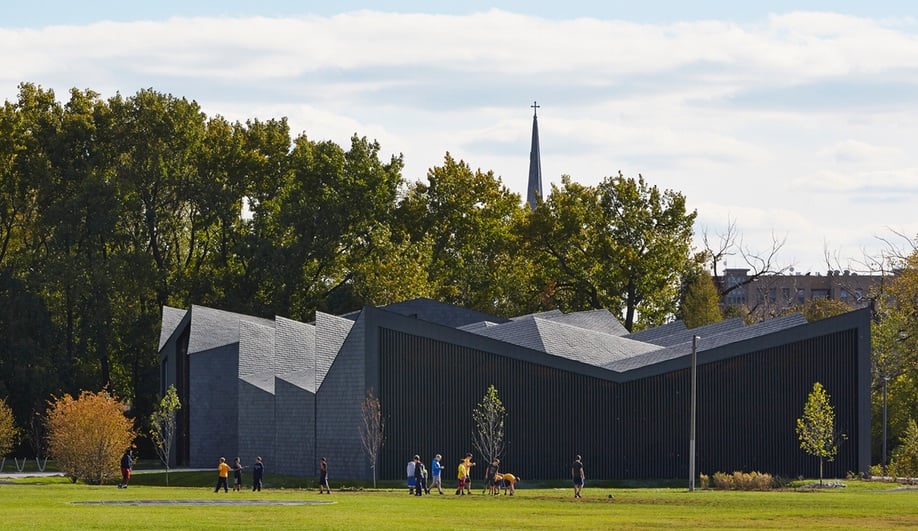 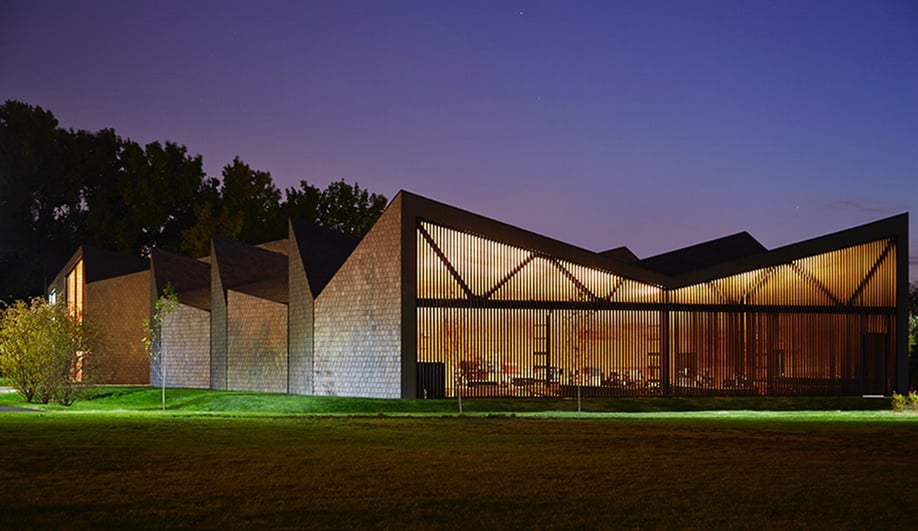 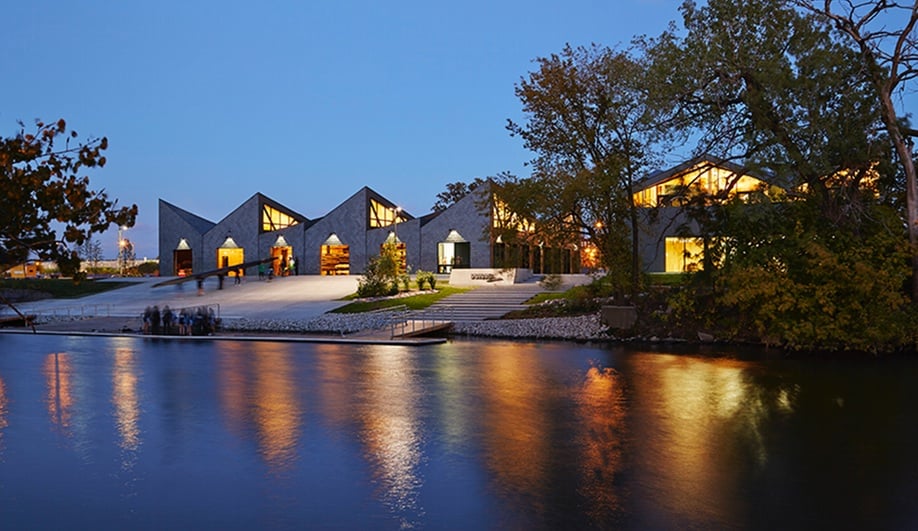 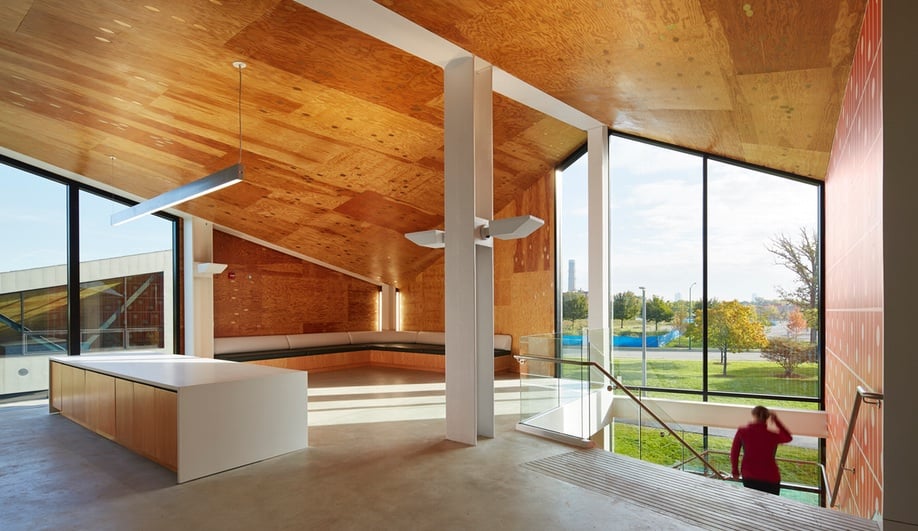 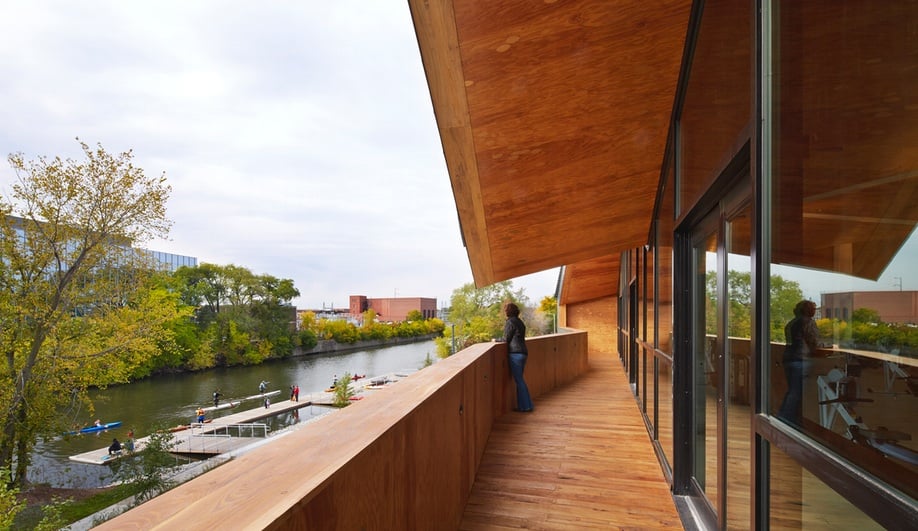 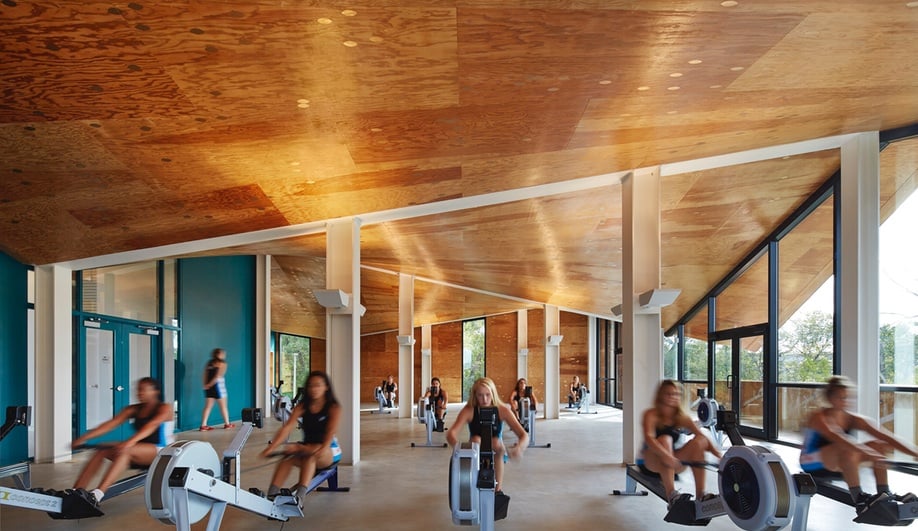 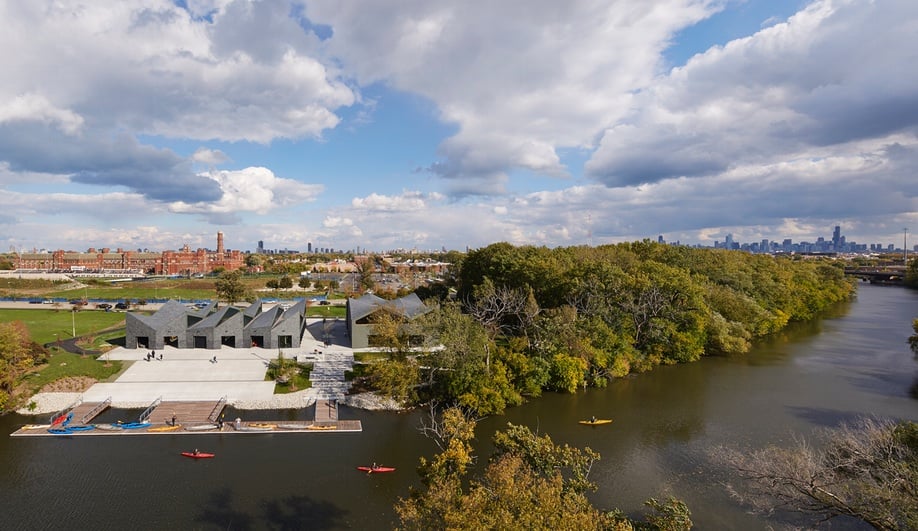 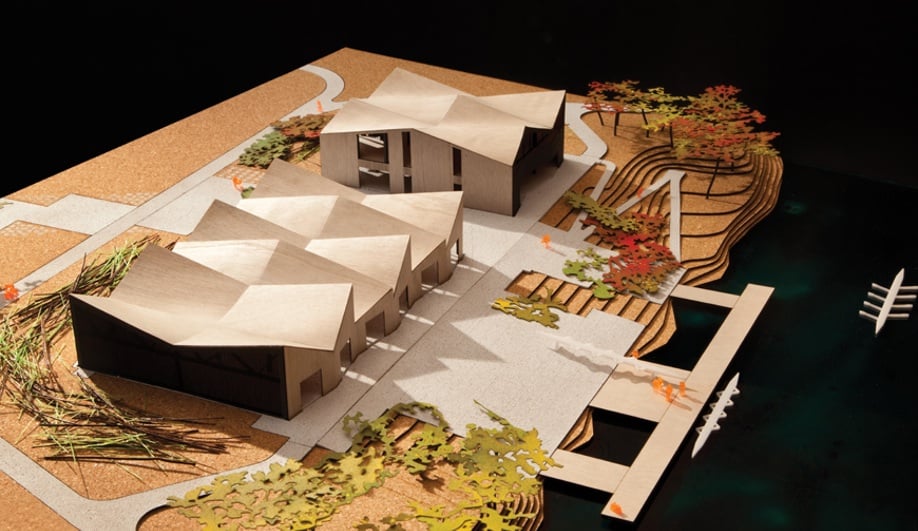 Perhaps no architecture firm is more closely associated with the Chicago River than Studio Gang Architects; the firm has even released a book on the topic. So it’s fitting that it should be selected to spearhead the city’s revitalization project.

The WMS Boathouse at Clark Park, sited along the north branch of the Chicago River, is no mere sports facility; its sculptural form is a visual ode to the sport of rowing, subtly connecting the water to a series of spaces designed for the enjoyment of the waterside environment. The rhythmic rise and fall of the roofline derives from the movement of a rower’s oar over the surface of the water; from the plywood-paneled interior, the dynamic shape incorporates curves that evoke this motion all the more strongly.

The 2,100-square-metre complex is divided into two structures – a one-storey boat storage facility and a two-storey main building, the latter housing the training facilities, communal space, and an office. The peaks and troughs of the jagged roofline are pragmatic as well as poetic: the steep, south-facing sections of the roof include clerestory windows that admit sunlight and heat the floor slab in winter, while allowing air circulation in summer, dramatically reducing energy use year-round. Next to the two structures, a floating launch dock provides easy access to the river.

The WMS Boathouse is home to the Chicago Rowing Foundation, a group whose mission is to promote the sport of rowing through a variety of indoor and outdoor activities scheduled year round. Mayor Rahm Emanuel has proposed four boathouses to act as the cornerstones of a revitalization plan, developing the river as a place for recreation. Studio Gang has been commissioned to design two of these; the second is expected to be completed next year.

SHARE
Twitter, Facebook, LinkedIn, Pinterest, Email
TAGS
Recreation,
AZURE is an independent magazine working to bring you the best in design, architecture and interiors. We rely on advertising revenue to support the creative content on our site. Please consider whitelisting our site in your settings, or pausing your adblocker while stopping by.