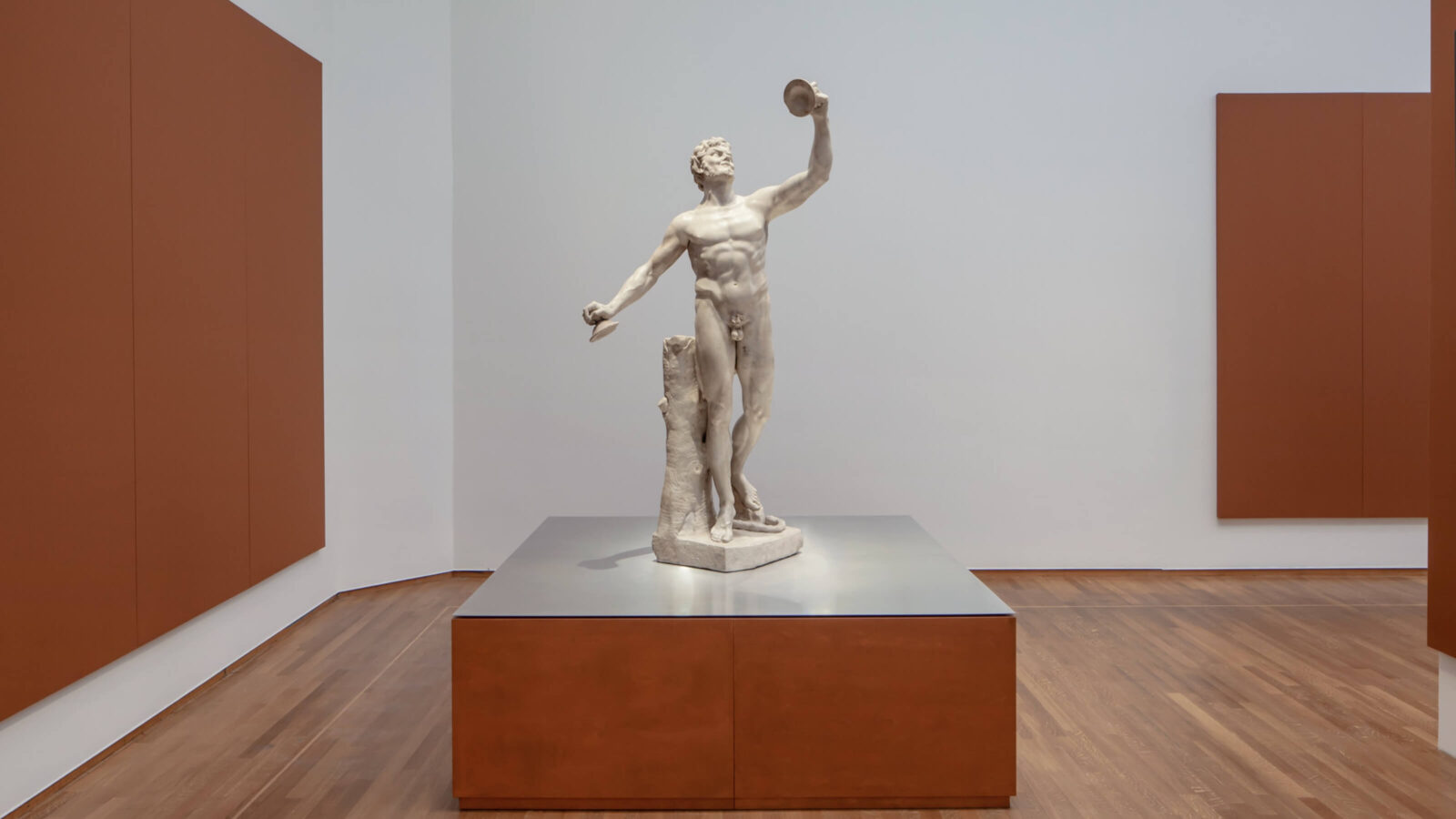 A Stunning Homage to Caravaggio and Bernini in Amsterdam

Formafantasma’s exhibition design for the Rijksmuseum’s new show on the Baroque masters lets the art shine.

Michelangelo Caravaggio (1571-1610) and Gian Lorenzo Bernini (1598-1680) were two masters of the Italian Baroque, with Bernini’s star rising just as Caravaggio’s life and career were coming to an end. Each is a historical titan – together they’re a lot to take in. Yet Caravaggio-Bernini. Baroque in Rome, a just-opened exhibition at the Rijksmuseum in Amsterdam, presents them as a duo (along with some of their equally formidable contemporaries), in the second such major exhibition to do so.

Thanks to the clean, elegant exhibition design by Formafantasma, gallery visitors can commune with the heavy imagery – from Caravaggio’s David with the Head of Goliath to Bernini’s Four Grotesque Heads of Men (the making of which impelled the artist to burn himself “to study his own tormented face”) and Alessandro Algardi’s delightfully terrifying masked satyr – without being duly overwhelmed. 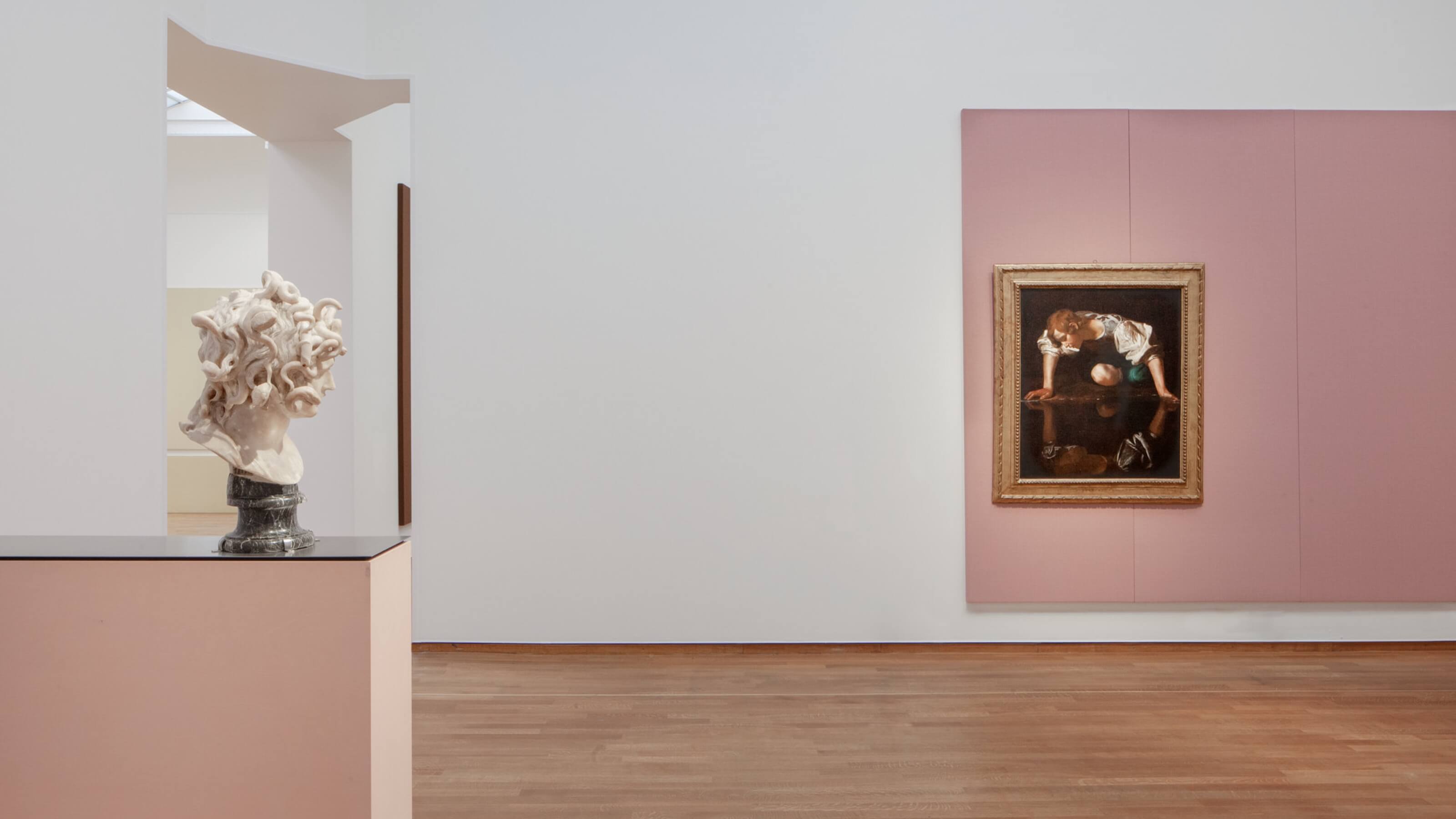 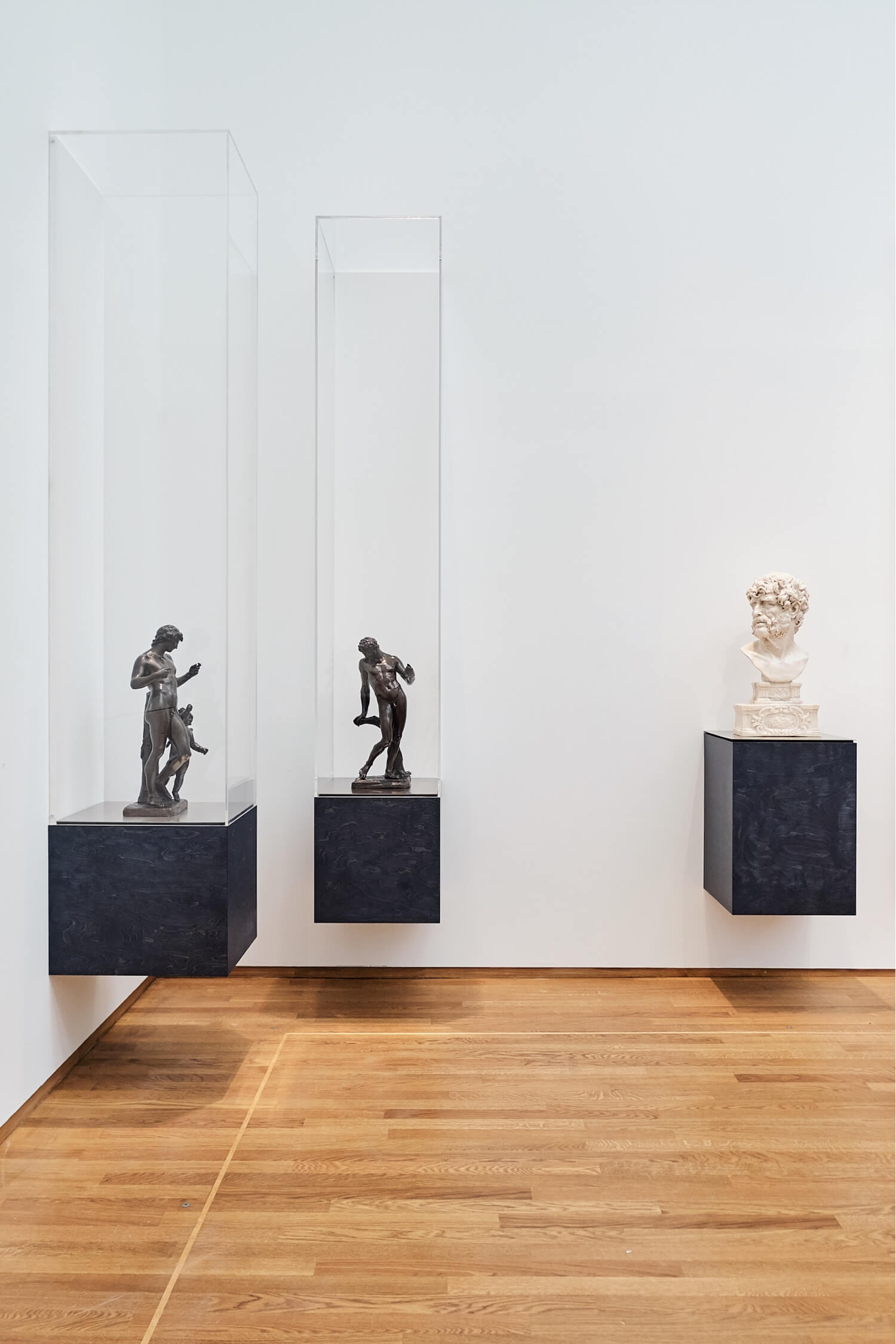 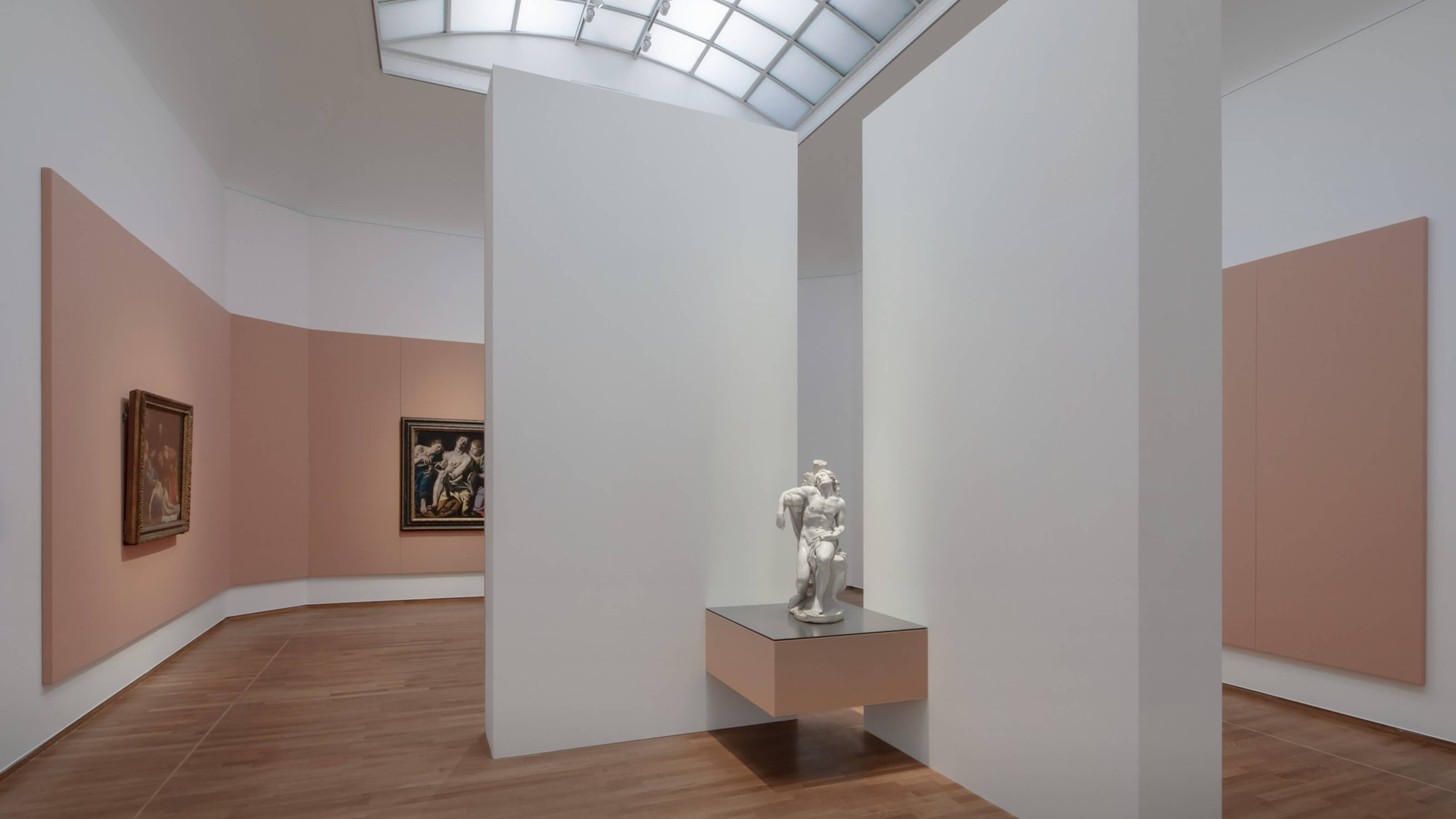 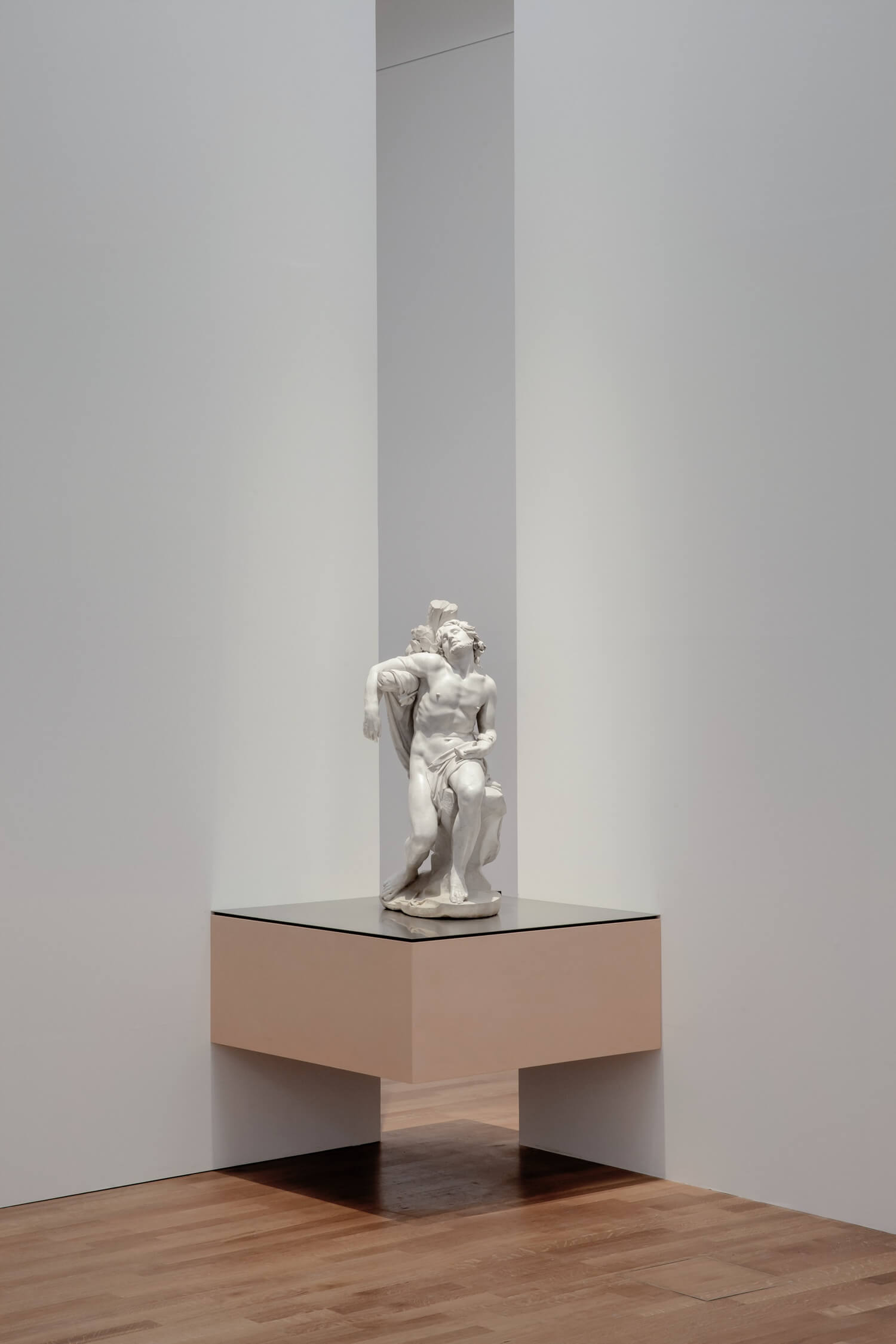 The sculpture is set on a plinth supported by two panels 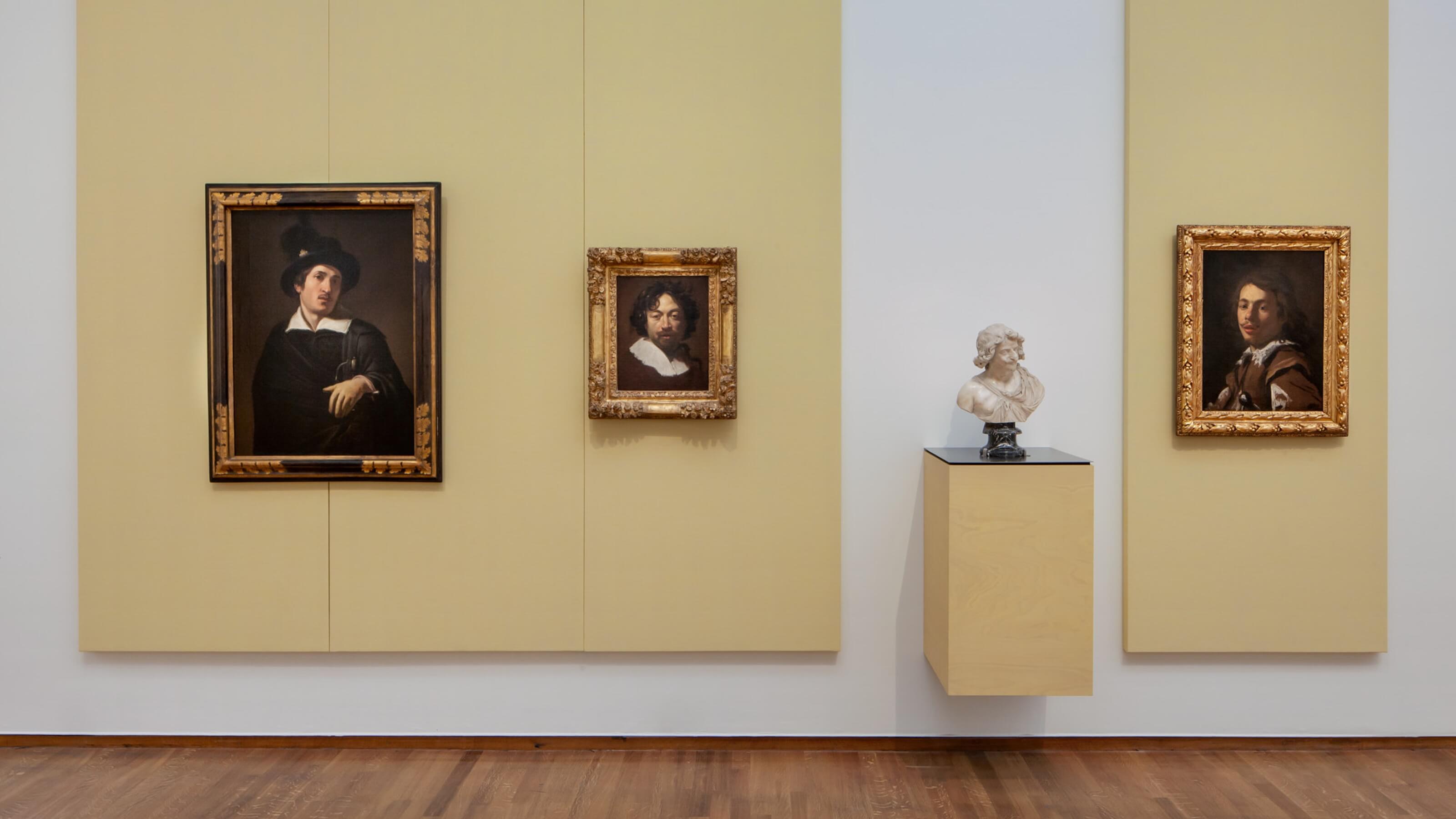 Simon Vouet’s self-portrait (centre) gazes back at the viewer 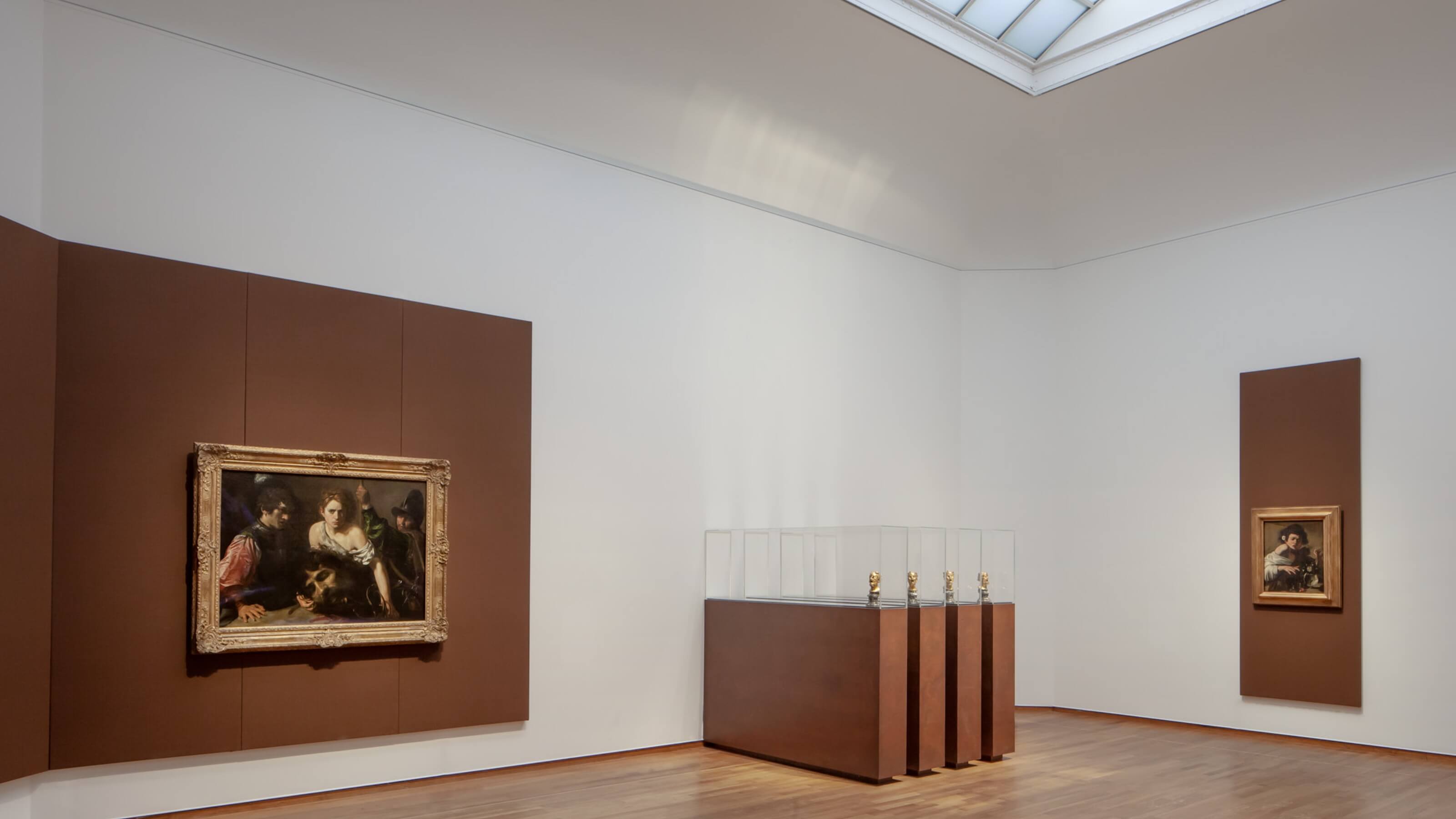 David with the Head of Goliath and Two Soldiers, by Valentin de Boulogne (left) and Caravaggio’s Boy Bitten by a Lizard (right) 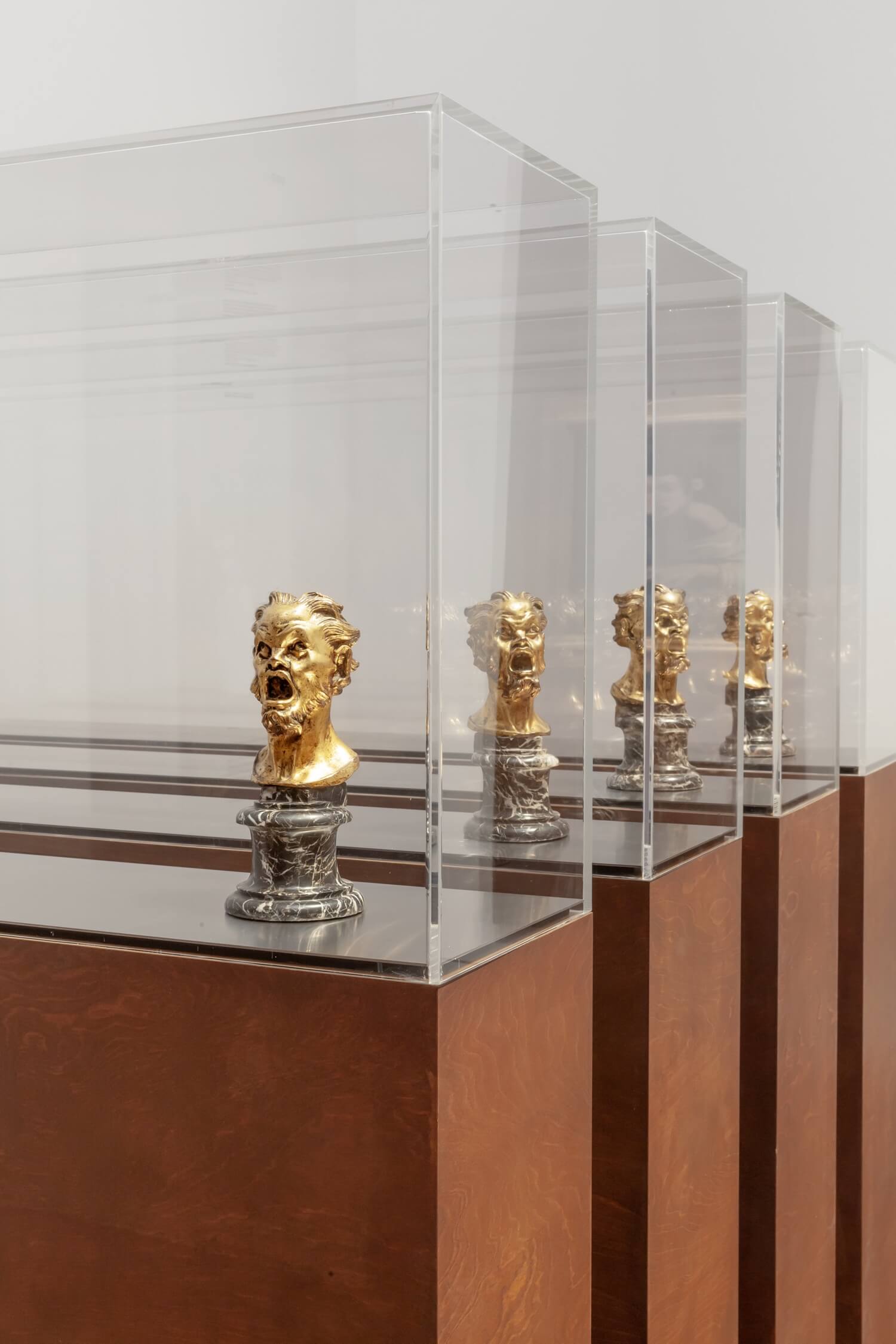 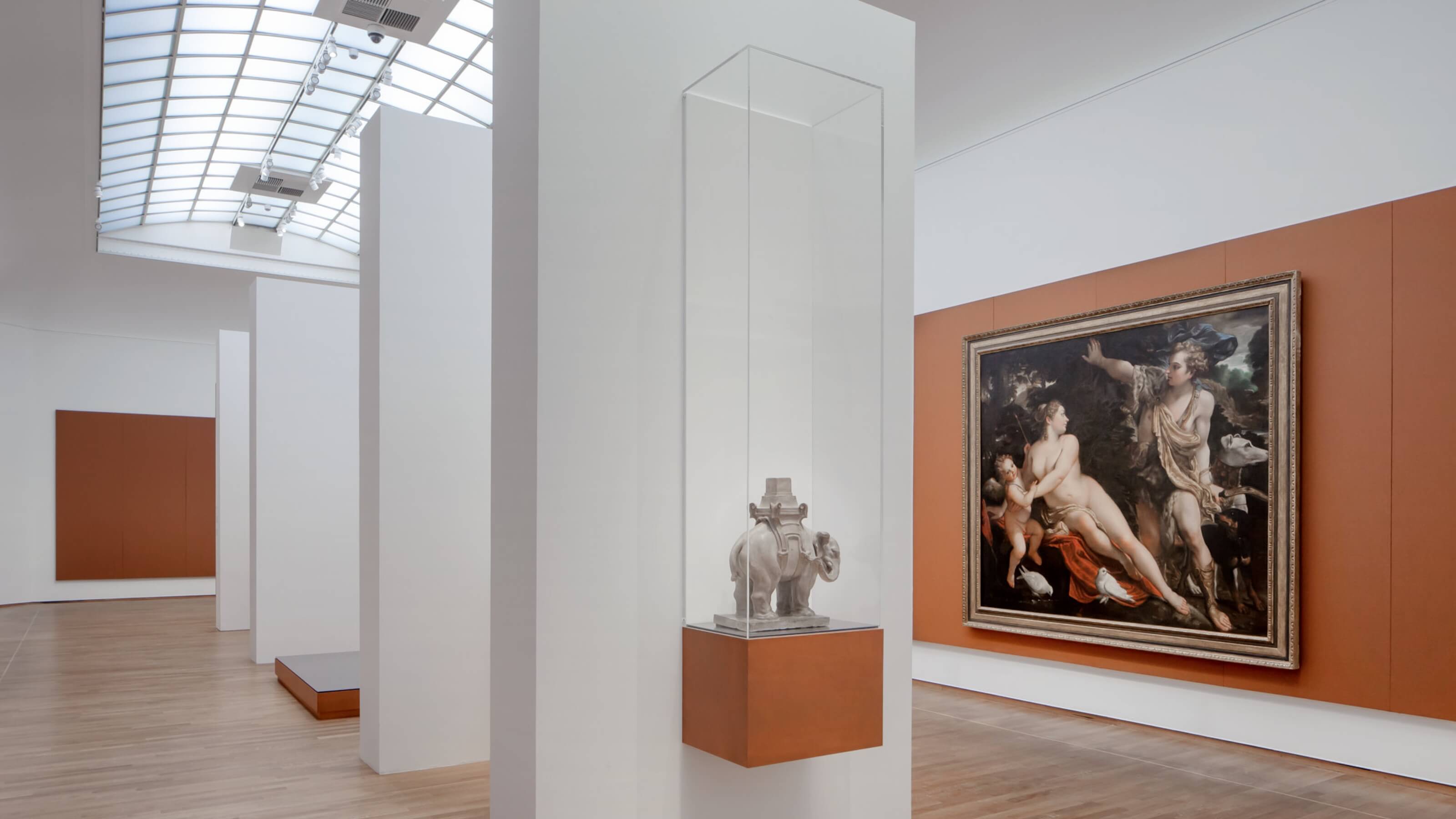 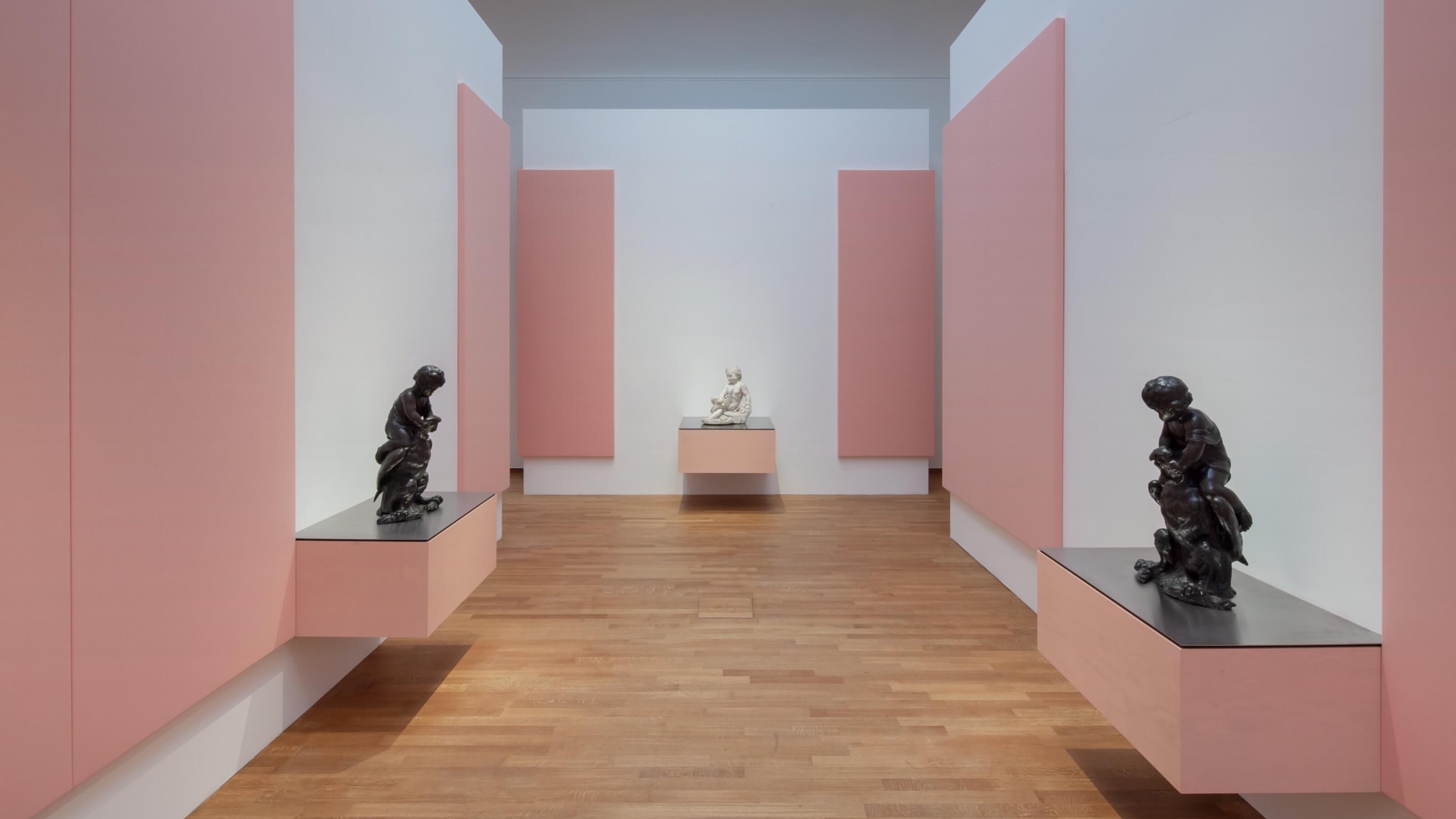 Two Putti on Eagles, attributed to Francois du Quesnay, are among the many cherubs on display 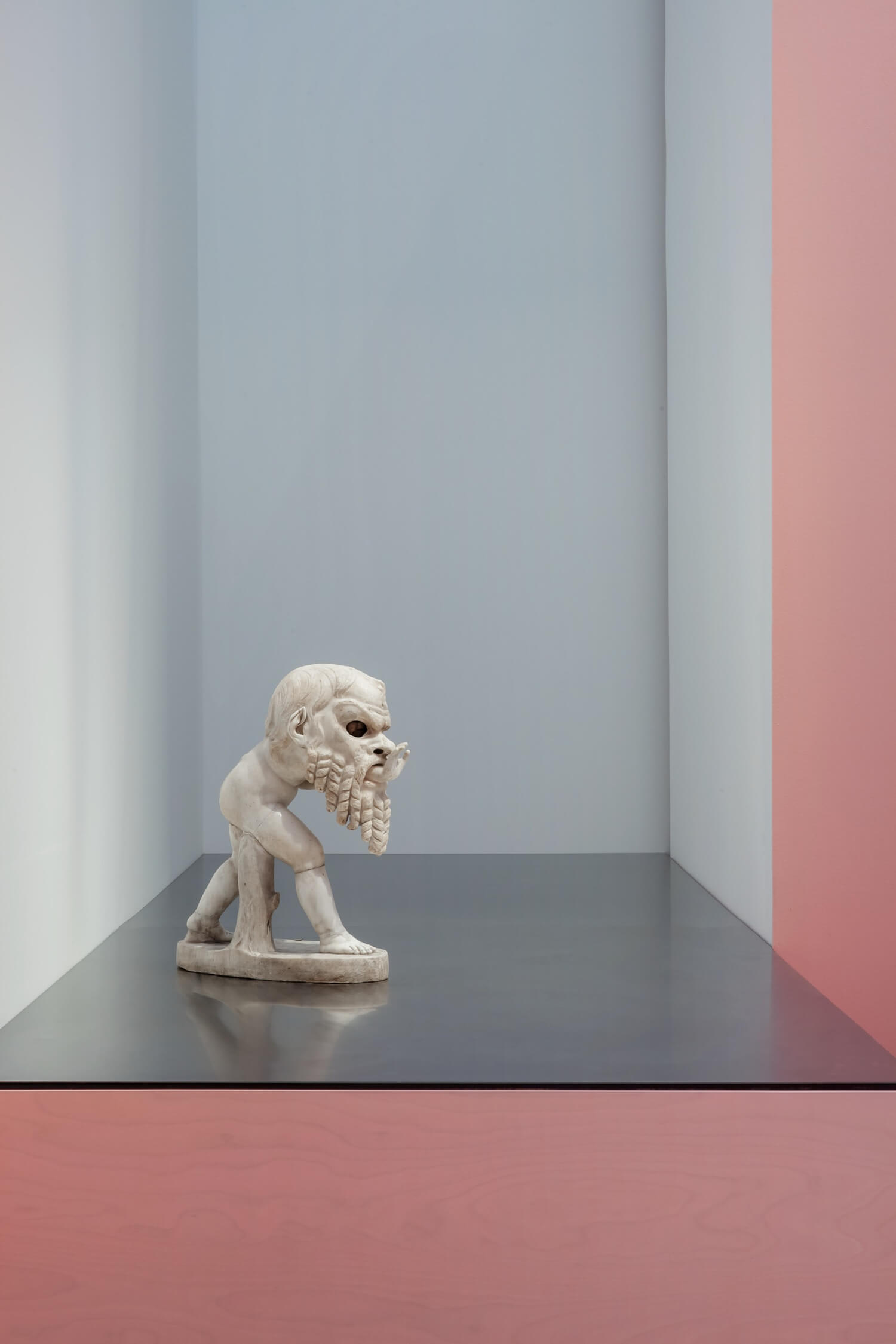 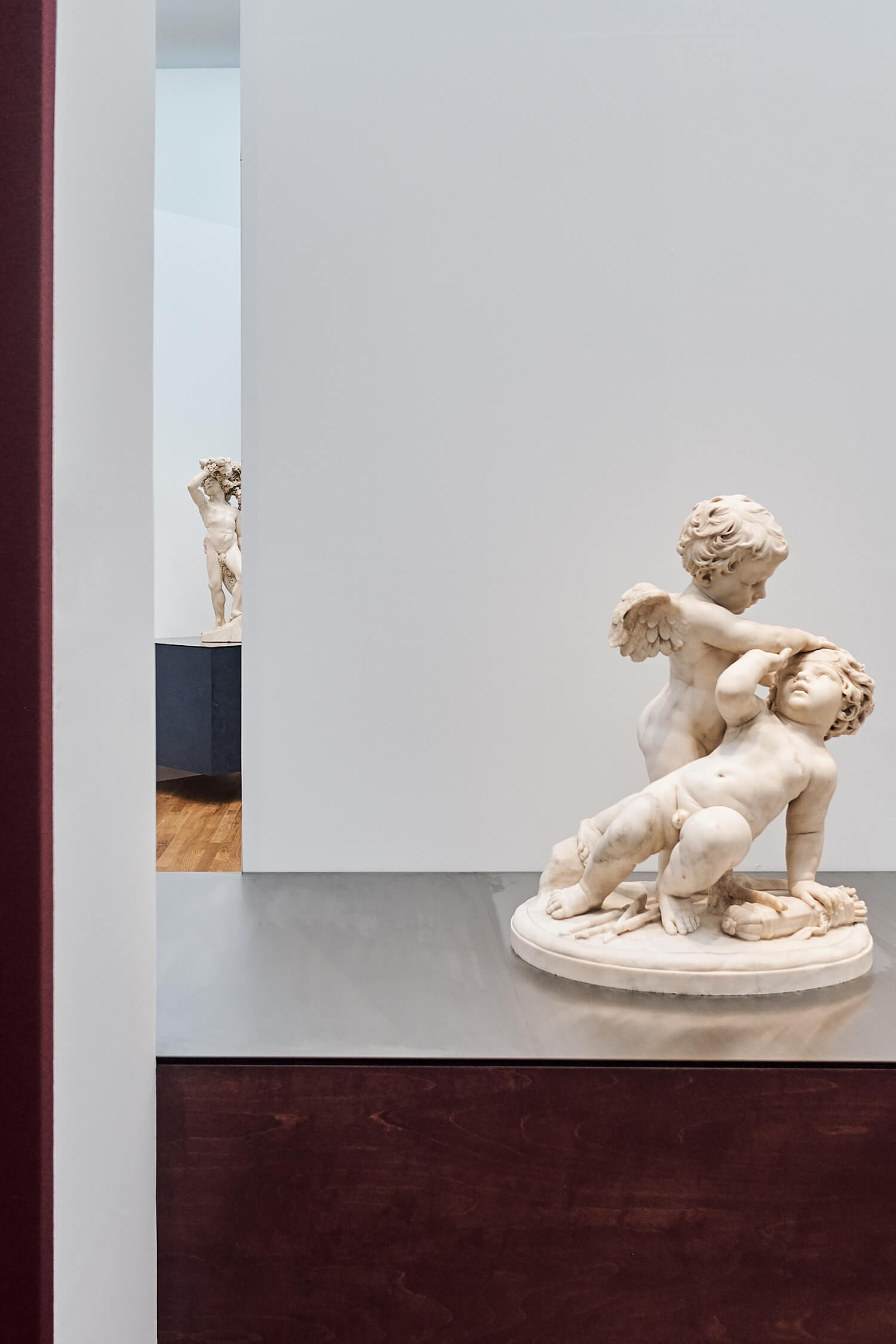 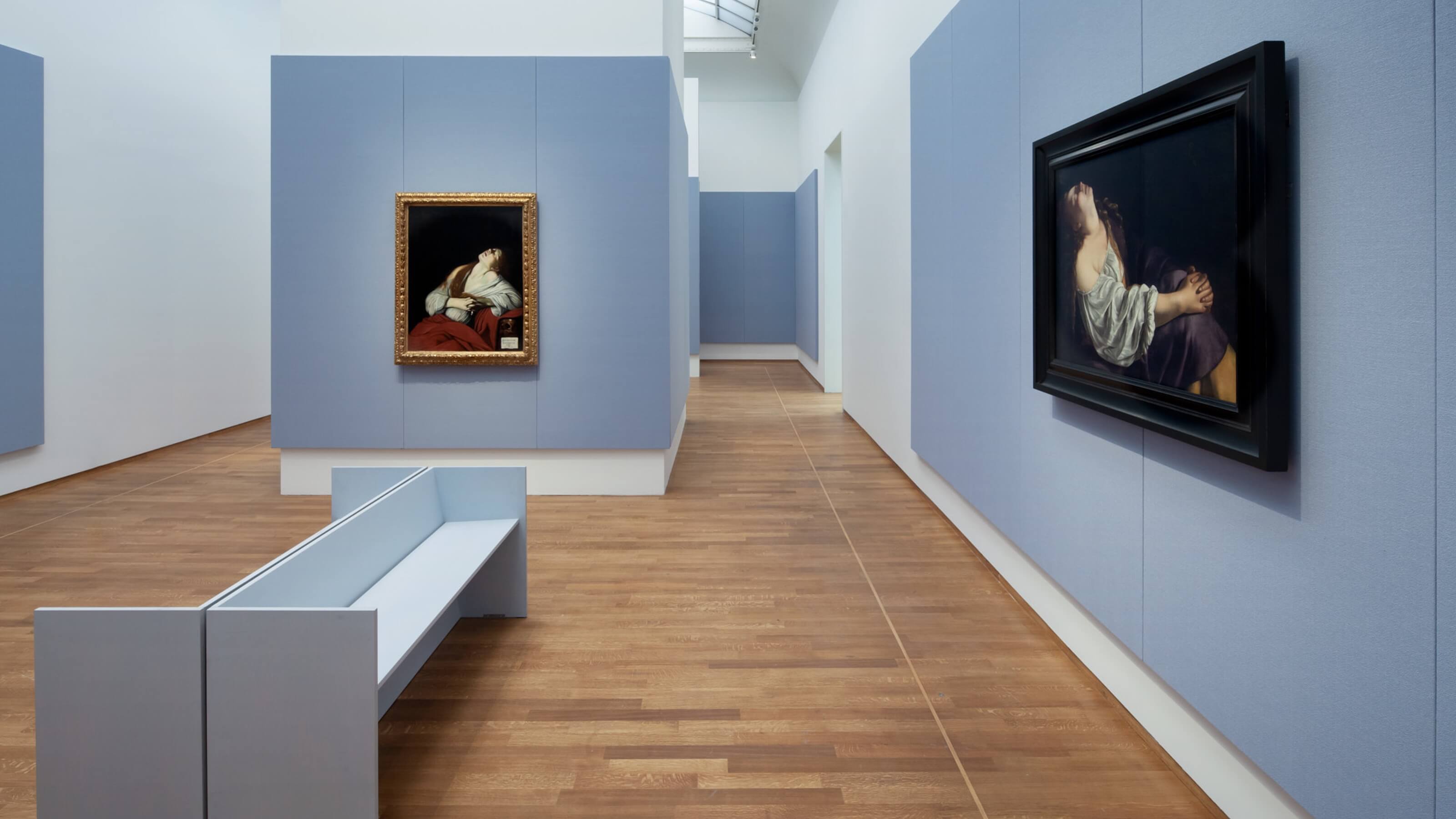 The exhibition’s palette of soft hues allows for breathing room to take in such masterpieces as Mary Magdalene in Ecstasy, by Caravaggio (centre), and by Artemisia Gentileschi (right) 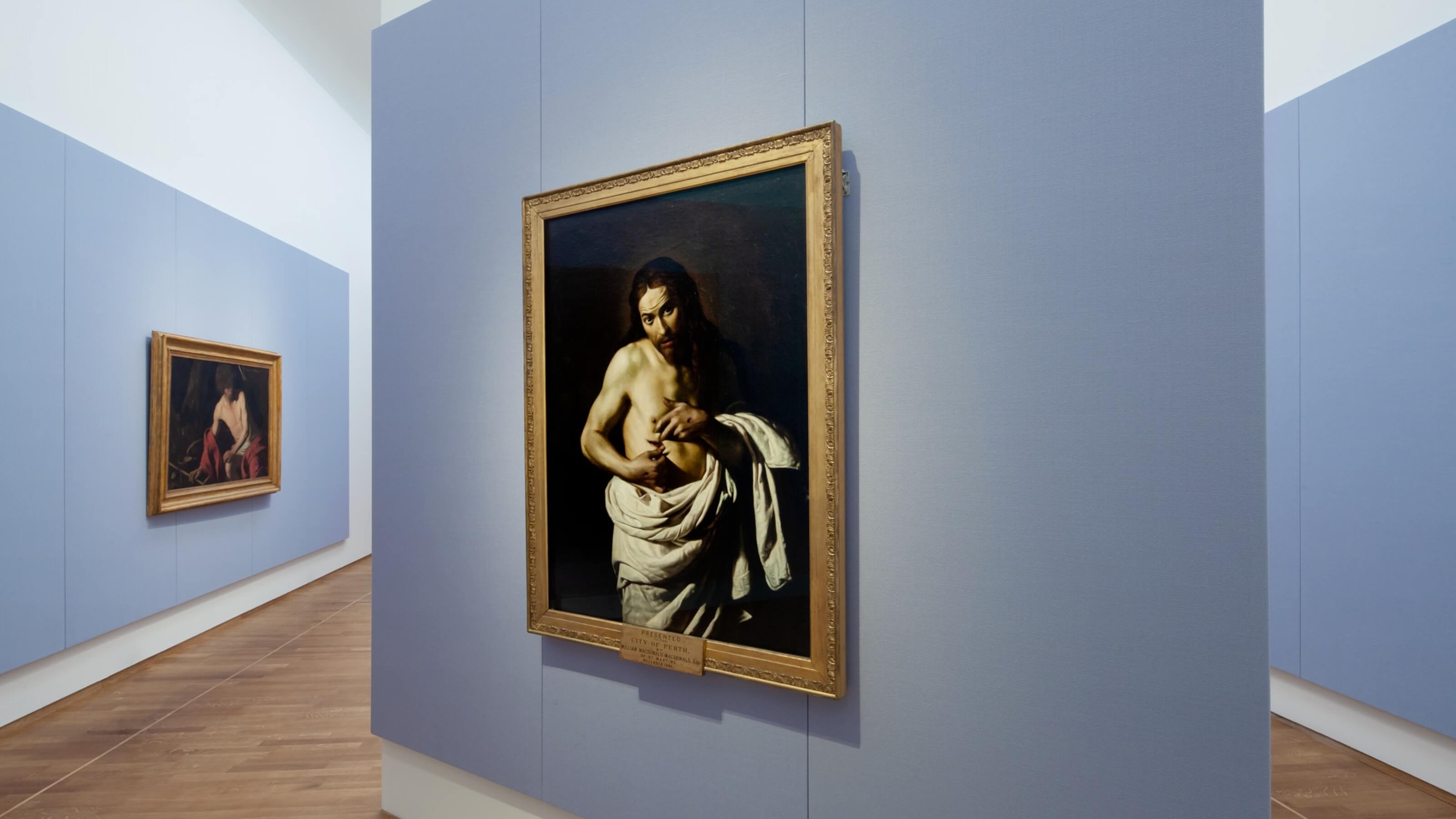 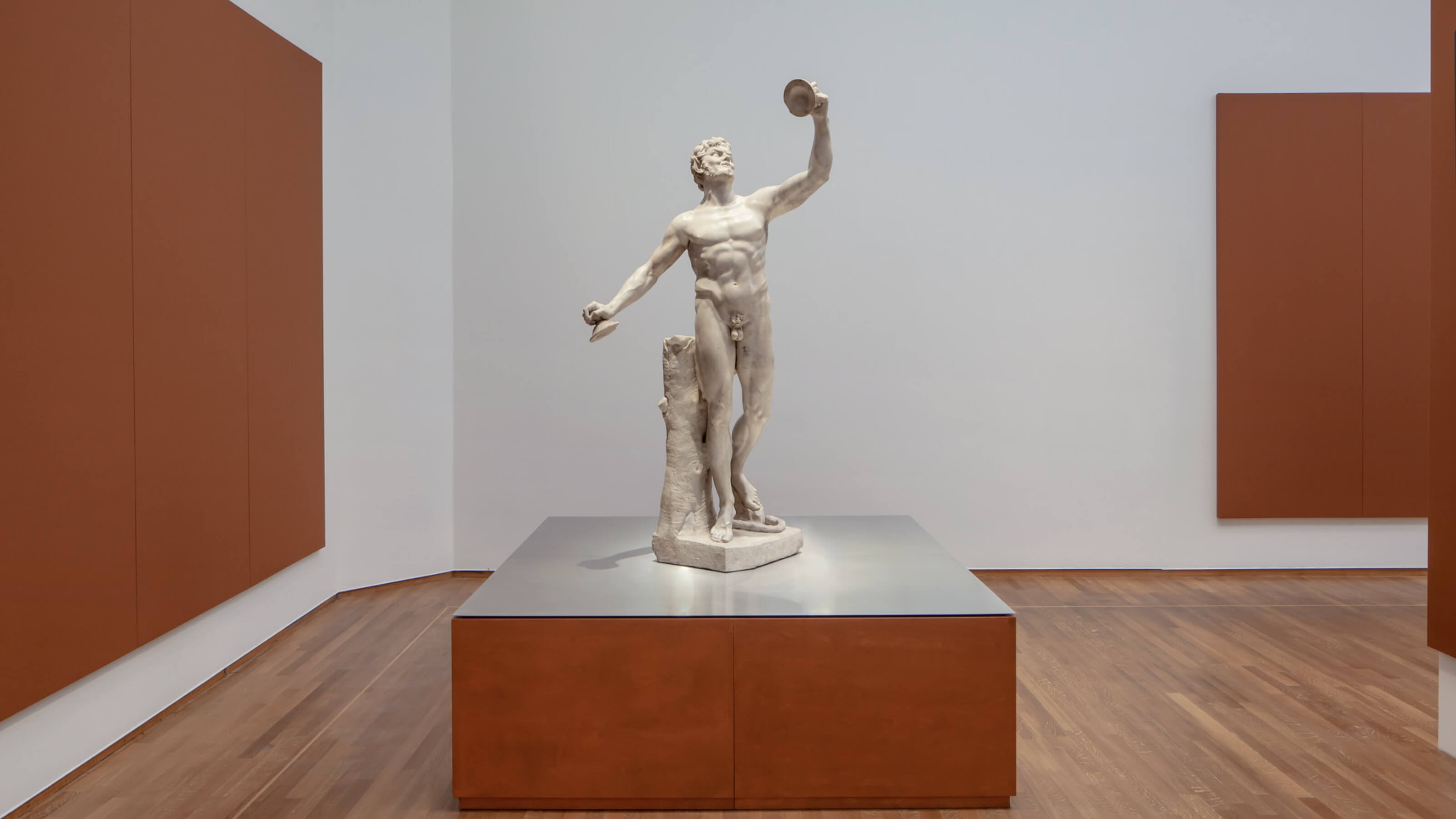 According to the press release, “The exhibition design curated by Formafantasma rethinks the ways these masters have often been presented, choosing to emphasize the contemporary and radical qualities of their works.” (This present-day reassessment of the artists as hardcore and relevant as ever was also encouraged by the Kunsthistorisches Museum Vienna, which previously staged a blockbuster exhibition on the two artists, and encouraged visitors to post their social media pictures with the tag #Barockstars.)

The Rijksmuseum show, on until June, displays some 70 works in a 1,000-square-metre setting designed to provide a stark contrast to the art on display – an apt approach given the Baroque’s devotion to chiaroscuro. The paintings are hung on large panels covered in soft-hued Kvadrat textiles and the sculptures are displayed on plinths, some free-standing and some glass-encased and suspended from partitions. The plinths and benches are beautifully crafted in wood, their finishes made to match the colours, from burnt sienna to navy blue, of the fabrics.

The result is an aesthetic and spatial lightness that provides enough breathing room, in the literal and emotional sense, to take in the intense works.

Formafantasma’s exhibition design for the Rijksmuseum’s new show on the Baroque masters lets the art shine.