A Textile Wonderland in Paris
Architect Paul Coudamy fashions a fabric store that turns a Haussmann-era building into a magical contemporary space, where beautifully woven samples form the wallpaper. 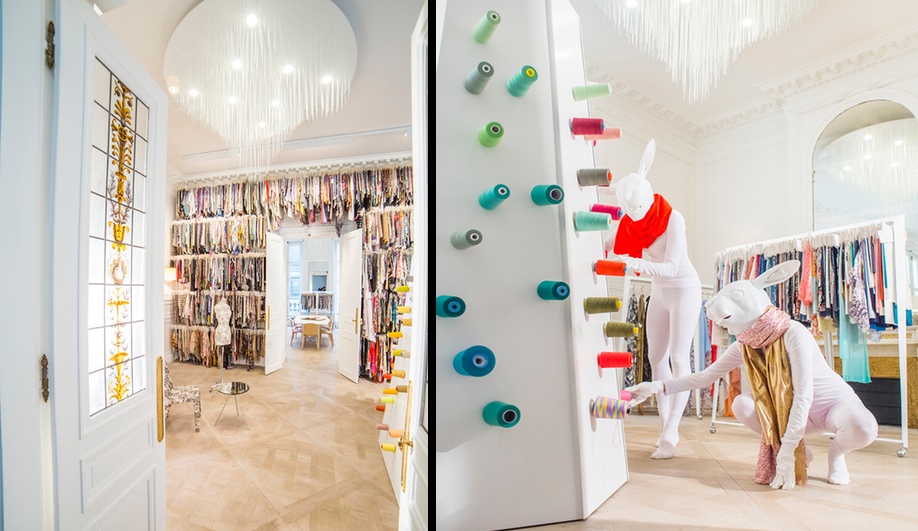 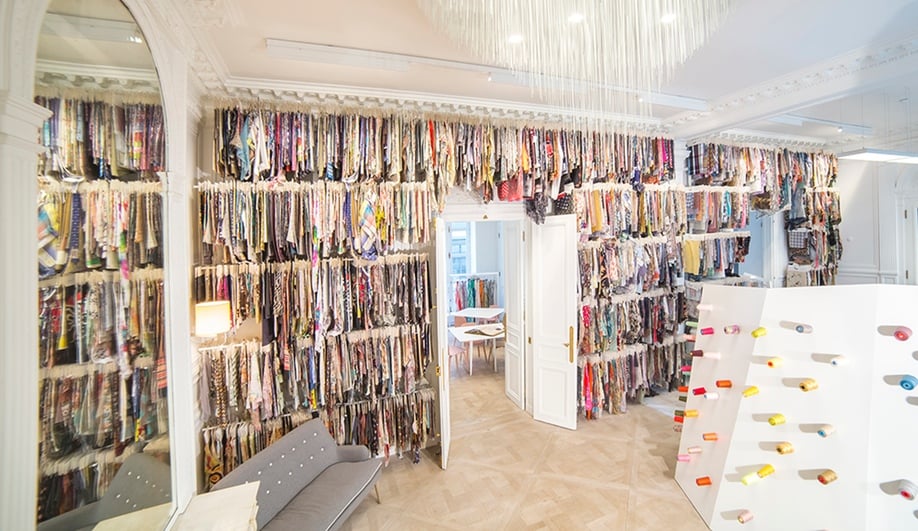 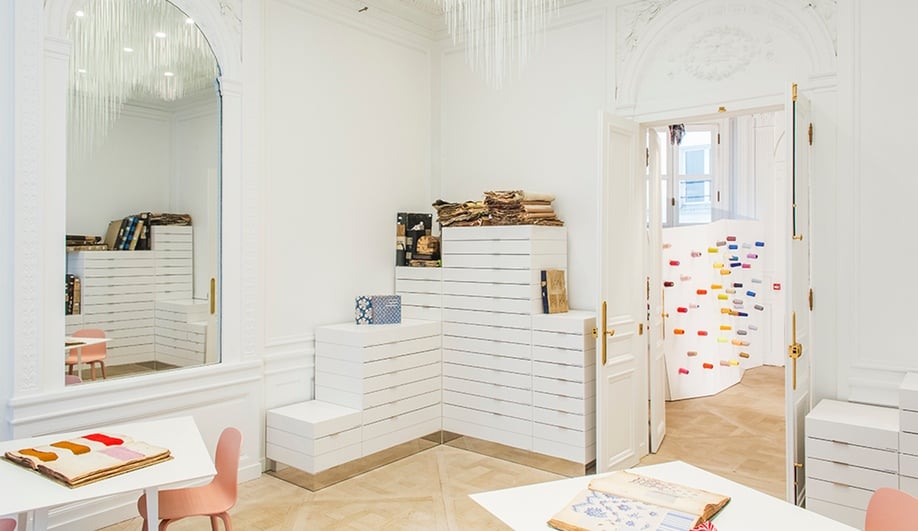 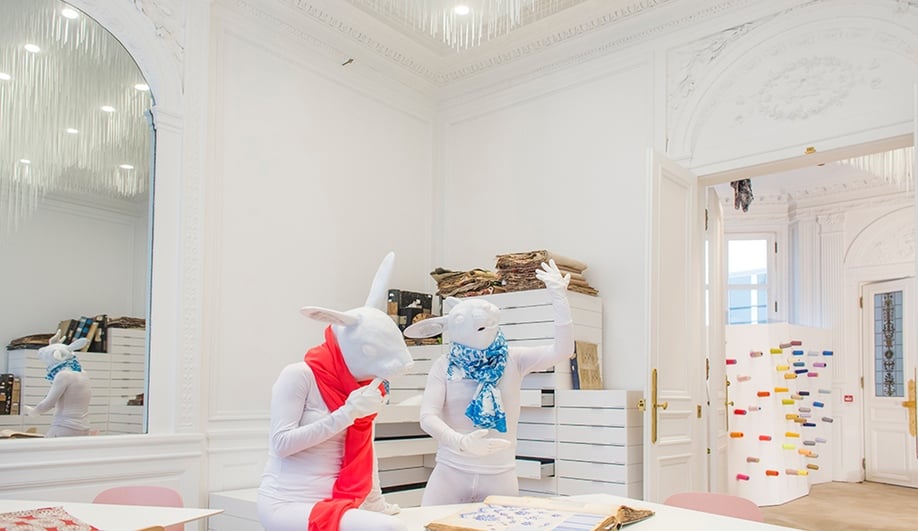 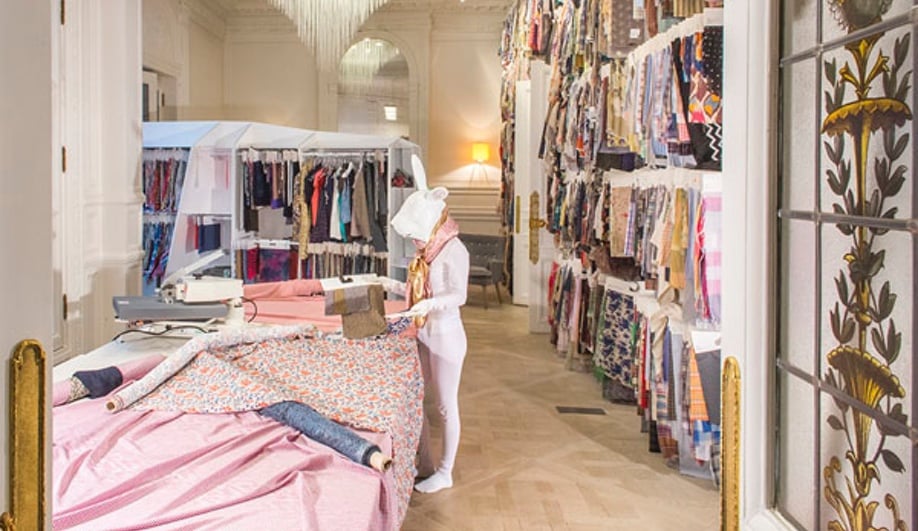 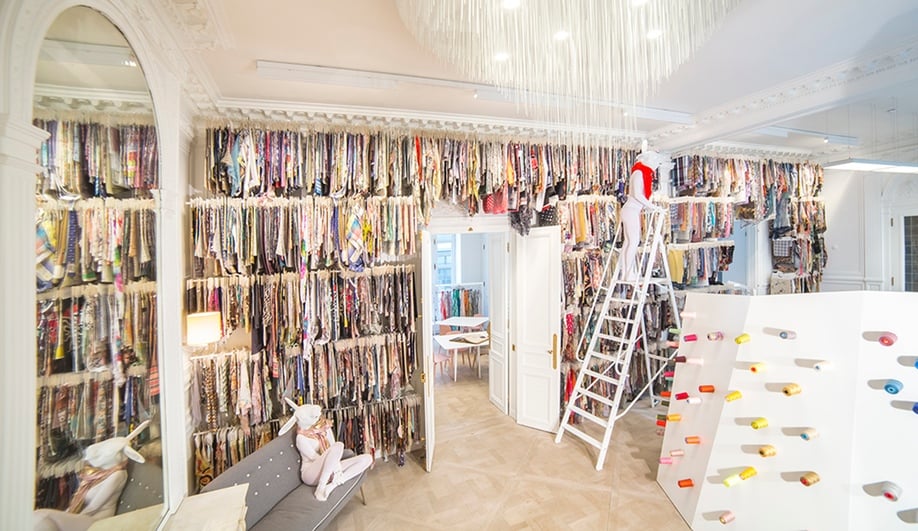 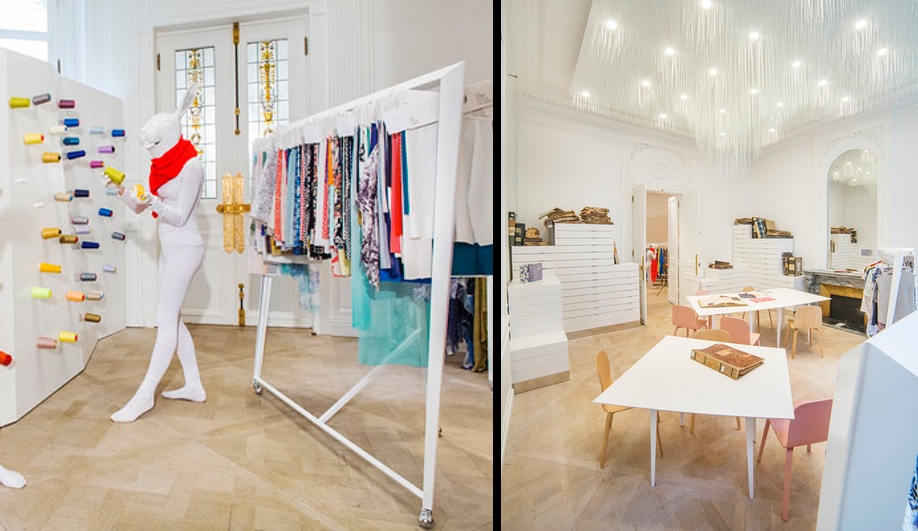 The young Paris architect Paul Coudamy, who set up shop in 2008, has come up with some fanciful ideas in the past, including a subterranean house that would receive daylight from giant cylinders soaring through the ground. In his interiors, he often takes one whimsical element – a curtained bookcase, an atmospheric light fixture – and makes it the focal point. This penchant for the eccentric detail also gets played up in the photography he commissions for the press, which features flamboyantly costumed characters wandering through his spaces.

For the Paris textile shop Lizybiz, it’s giant bunnies that appear in the images. Not the spooky David Lynch variety, but bright white shopkeepers in vibrant scarves, perusing swatch books and cutting fabric at the central table. In reality, the shop is owned and operated by Sylvie Lespagnol and Gil Fouchard. Coudamy was brought on to breathe a contemporary life into the 19th century building, and he did so – without the bunnies – in a minimal yet effective way.

He kept the emphasis on the textiles. To do so, he lined the walls with them, so that they appear as a sort of architectural wallpaper, and he created thin-profile geometric racks designed to disappear into the background. A giant light sculpture – the dramatic focal point in this project – is made with fibreglass stems that hang down like an inverted forest to create a more intimate scale, and again draw the attention down to the weaves on display. Coudamy also designed the furnishings – strata-like drawers with grooved grips, tables in three sections for various configurations, and a faceted partition that displays vibrant spools of thread – all in white, so that the textiles are front and centre.