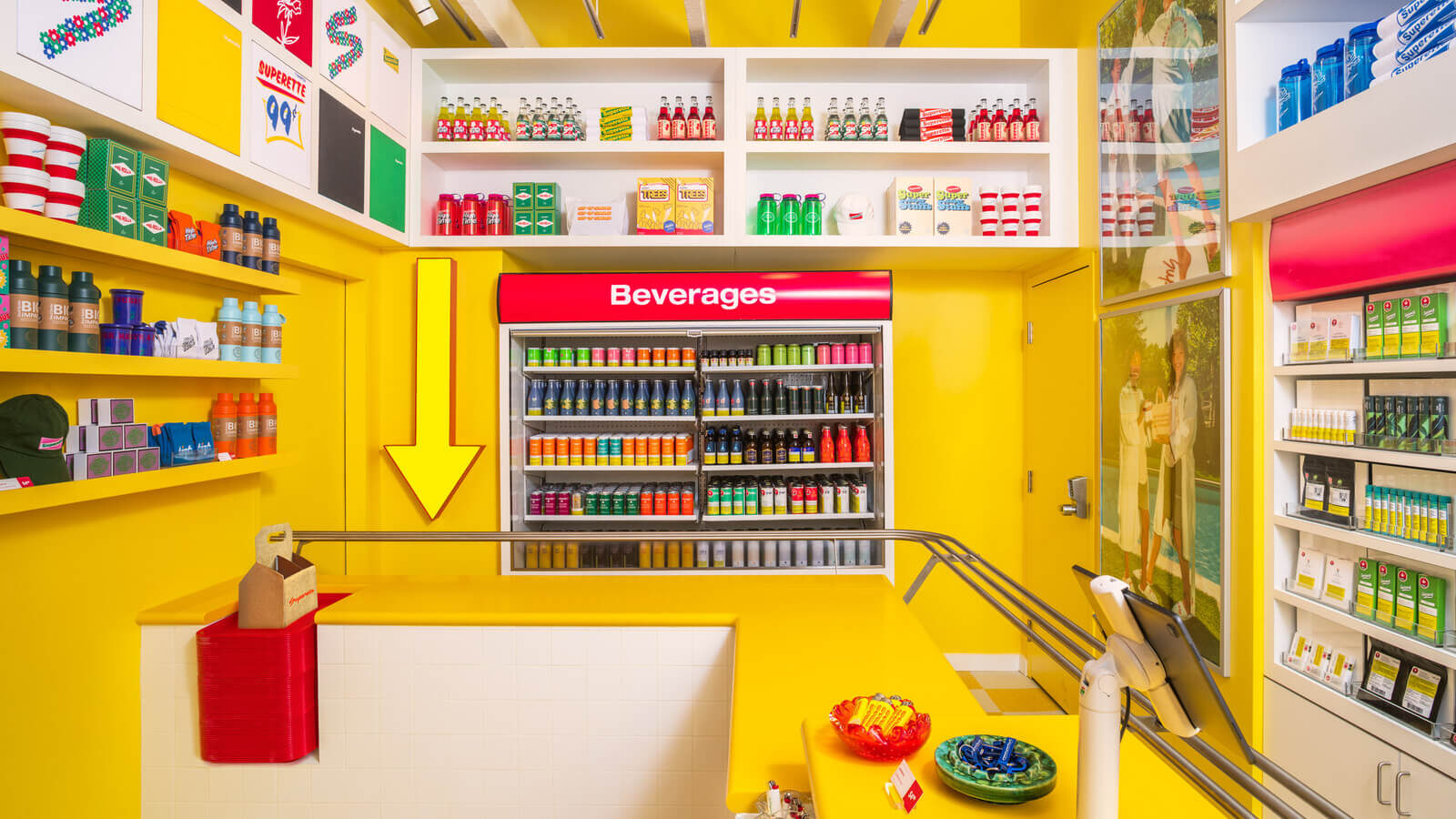 Perhaps no other typology defines cities across North America as readily as the convenience store. Whether its Montreal’s dépanneur or New York’s bodega, each urban centre has a unique all-purpose mecca that services its population from dawn until dusk. 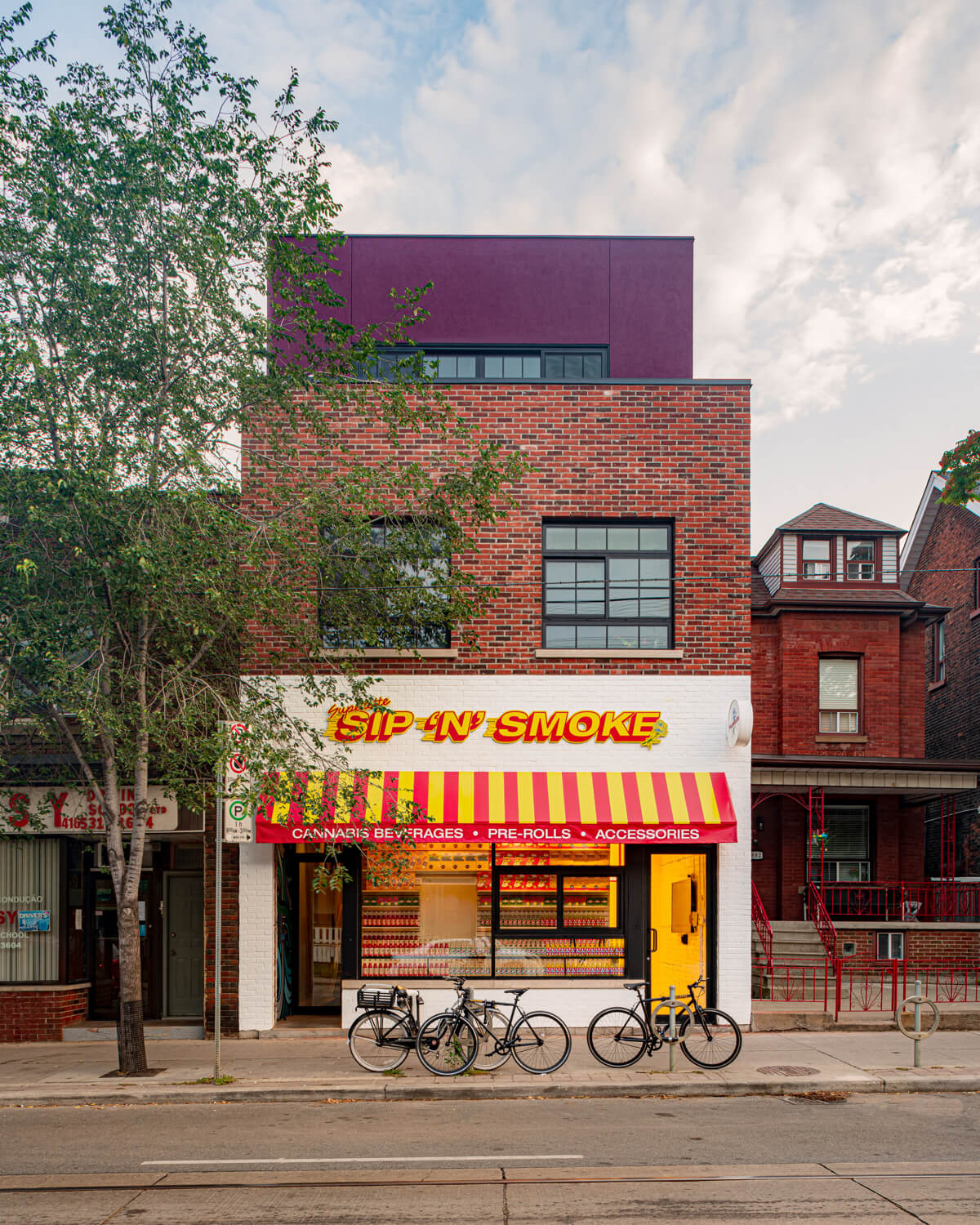 In Toronto, where the explosion of cannabis retailers has eclipsed the once-saturated presence of such marts on every block and street, Canadian brand Superette has found a novel way to combine the two. The result: the 64-square-metre kiosk Sip ‘N’ Smoke. 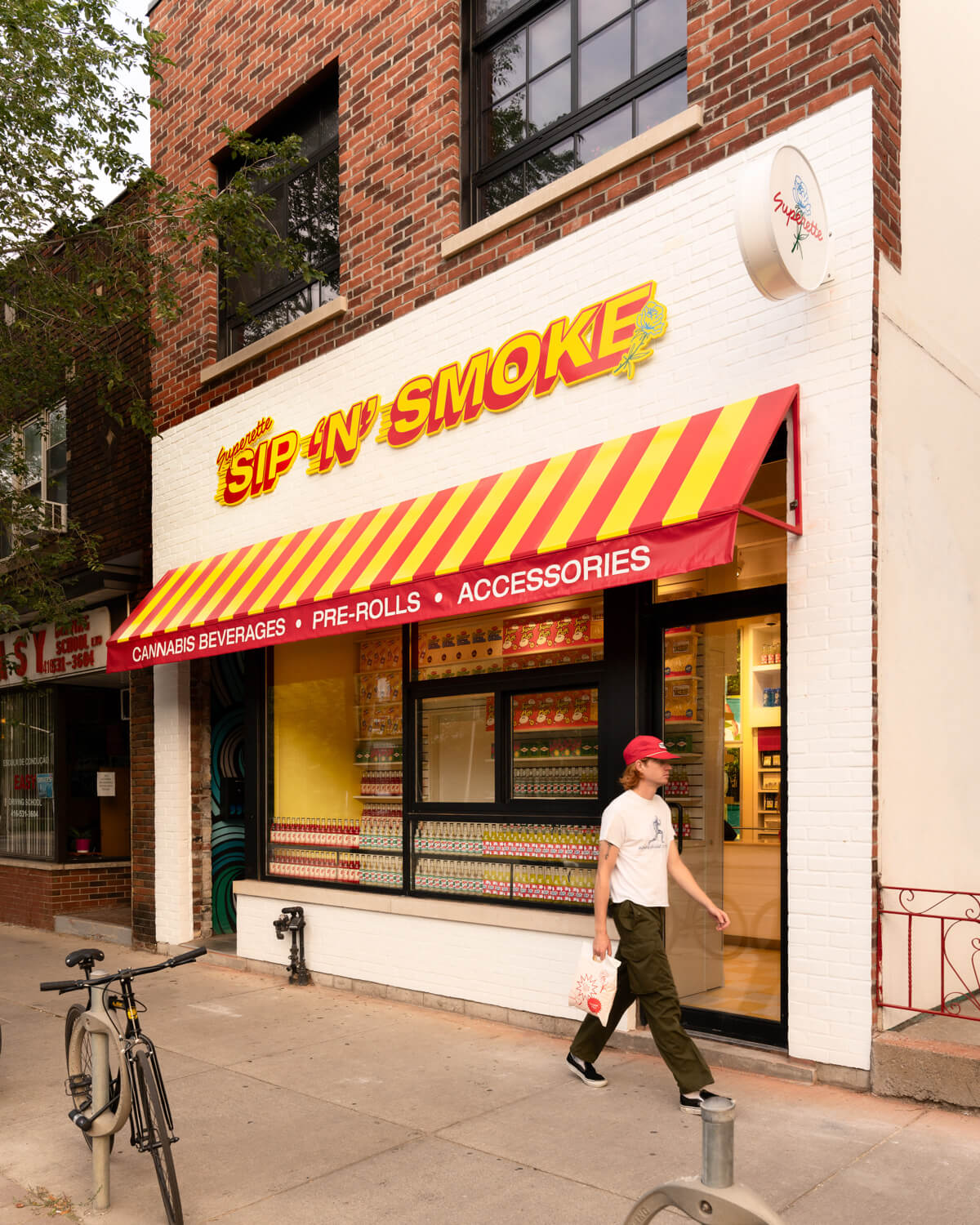 Located just across from bustling Trinity Bellwoods Park in the city’s west end, the outpost specializes in ready-to-consume pre-rolls and cannabis-infused beverages meant to be enjoyed in the verdant hot spot. To that end, the spartan interior is conceived as a nostalgic cafeteria of sorts. 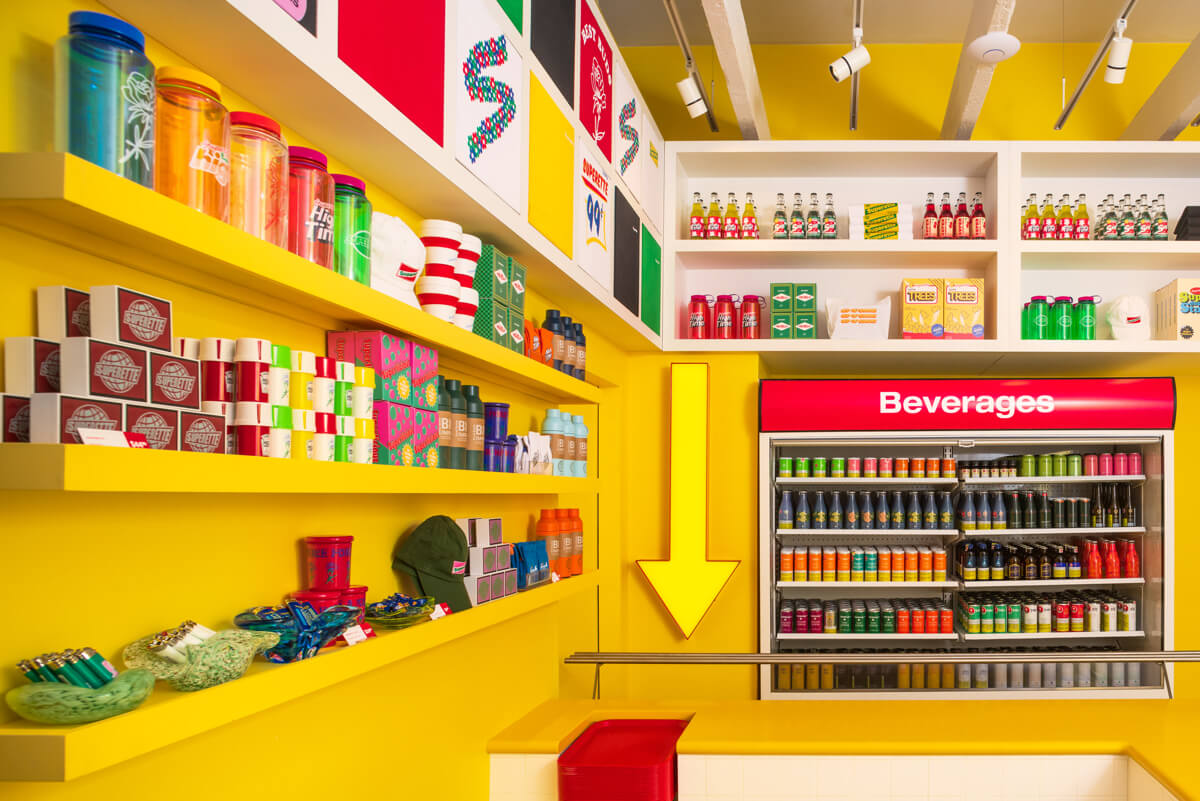 Behind its white-brick facade and charming stripped canopy, the vibrant yellow interior is enclosed in shelving meant to mimic the aisles in a traditional corner store. There’s a cooler housing a series of beverages in their graphic packaging beside a built-in unit displaying Superette’s additional products — all atop a checked floor. In front, an L-shaped counter with elevated metal rings is designed so that customers can grab a plastic lunch-room tray and “shop” Superette’s wares. 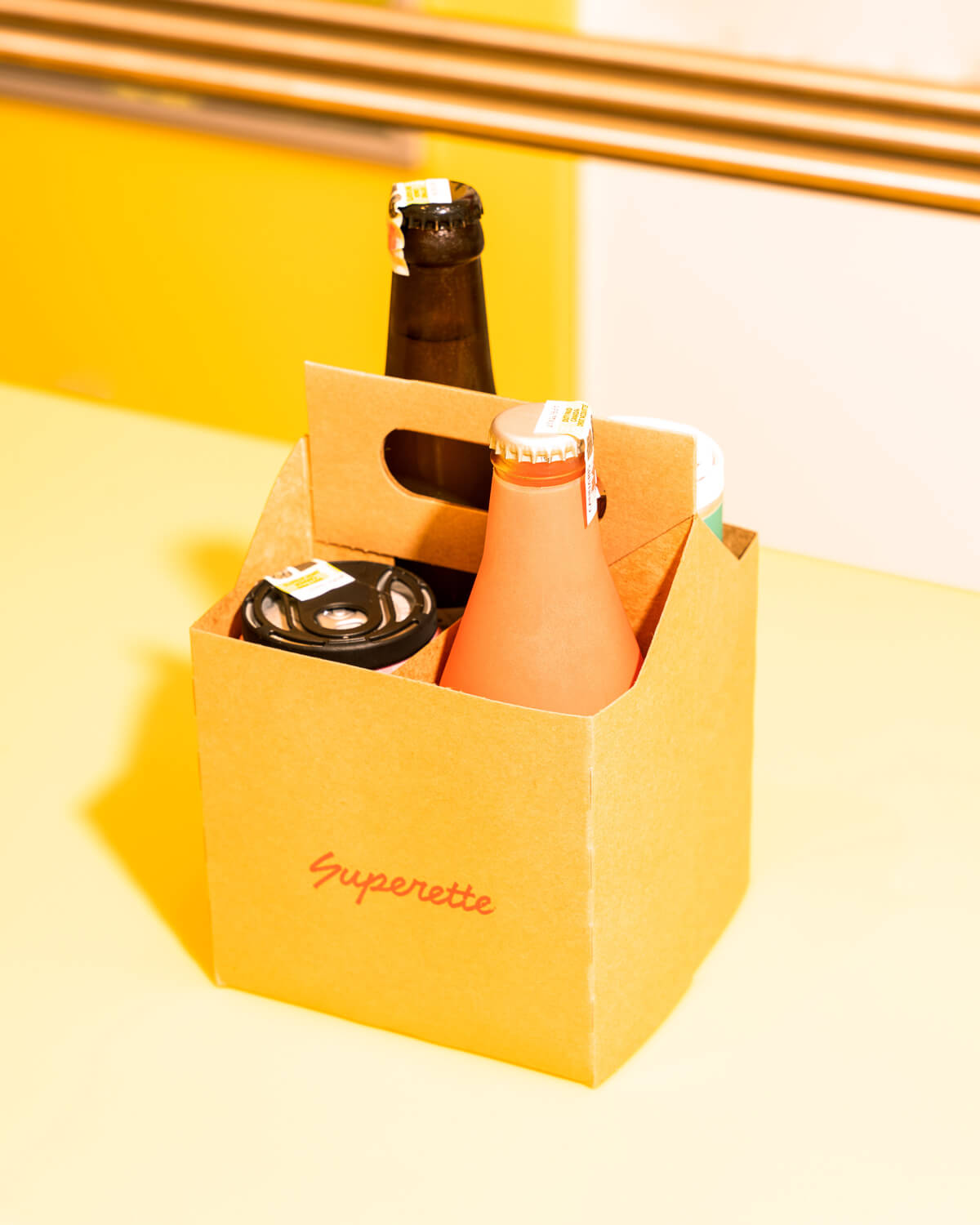 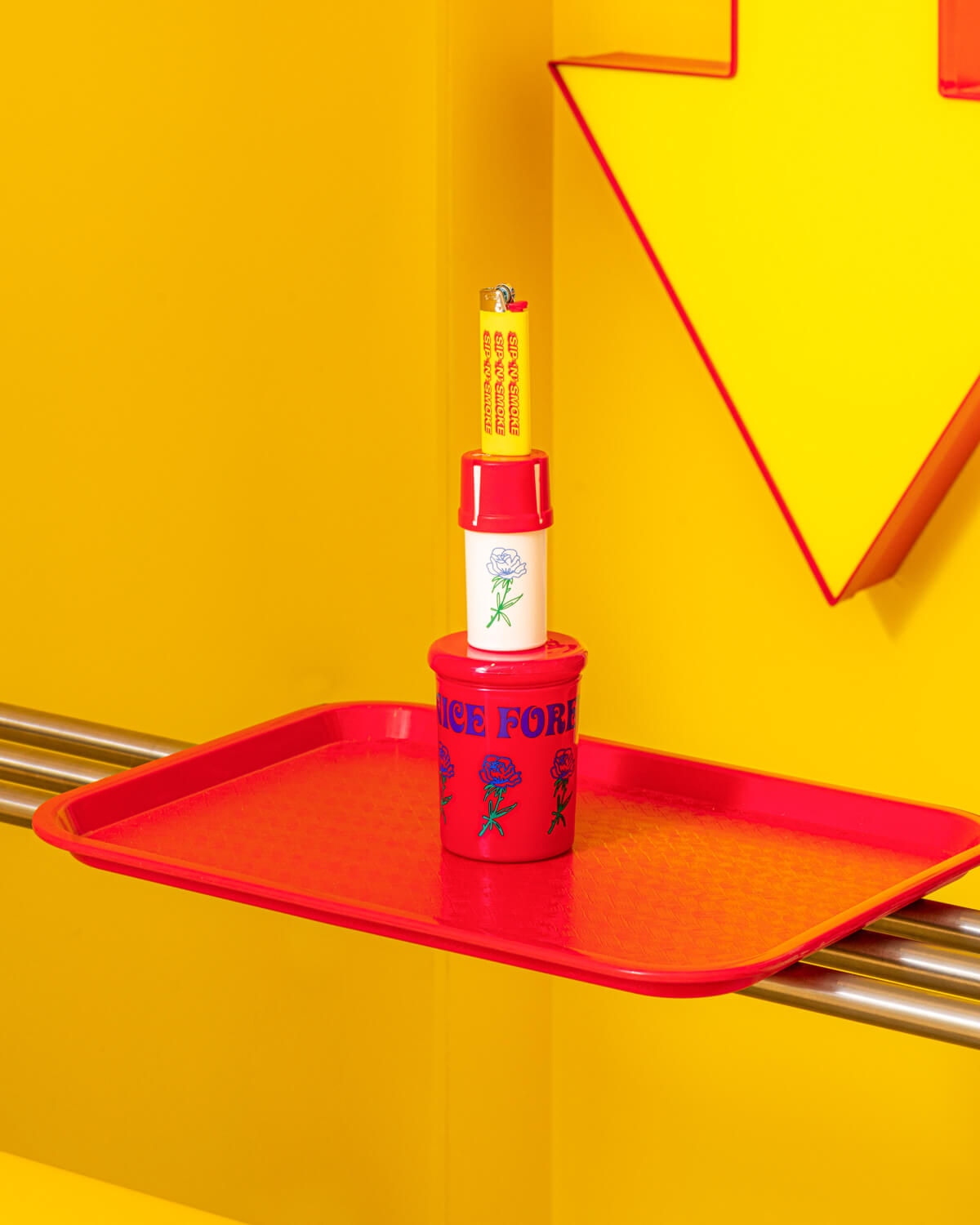 Striking wayfinding — from an enlarged illuminated arrow to a suspended “checkout” sign in a bold sans-serif font — further adds to the playful vintage feel. 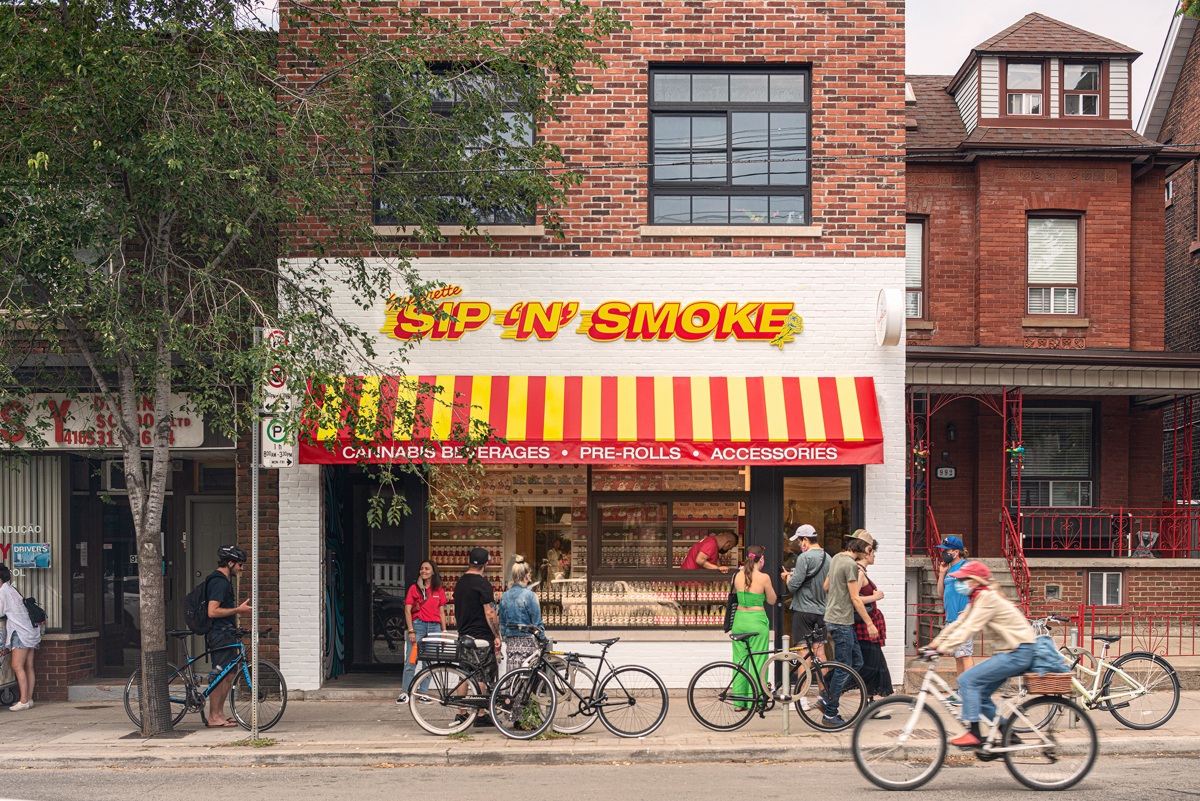 Though clearly informed by the past, Sip ‘N’ Smoke is also indicative of its time and shaped by flexible design considerations for a new pandemic reality. For instance, a sliding window offers storefront service to passersby, allowing the new retailer to remain nimble. Like its cornerstone inspiration, the dispensary can remain a staple of its urban environment.