A Trekking Cabin in Iceland’s Rugged Backcountry
Two University of Toronto architecture grads have won top prize for an international competition that will see remote trekking cabins installed across Iceland's boreal landscape, providing basic shelter for those hiking across the country of fire and ice. 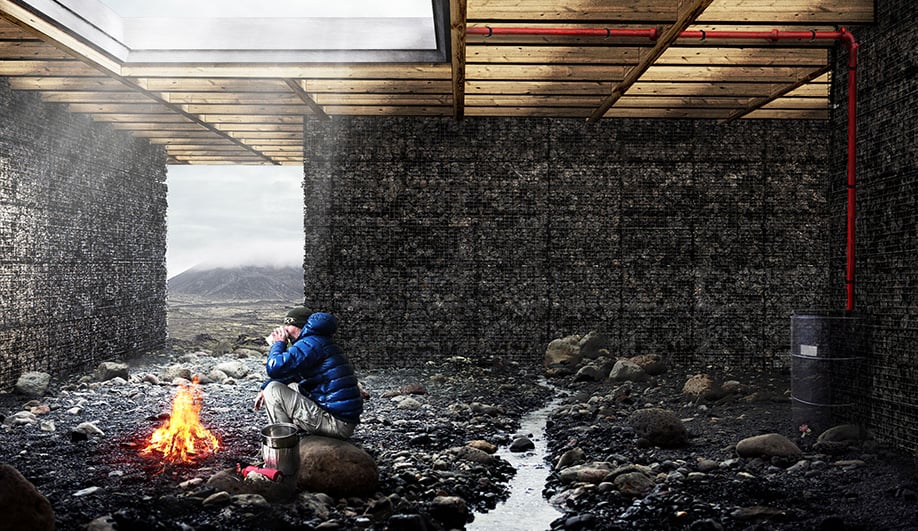 Deagan McDonald and Kelsey Nilsen, both recent graduates of the John H. Daniels faculty at the University of Toronto, set up their firm Origins less than a year ago, and they have already won three design competitions. One of their most recent winning projects is Terra Firma, a dramatic yet humble trekking cabin concept for camping out within some of the most remote regions of Iceland. 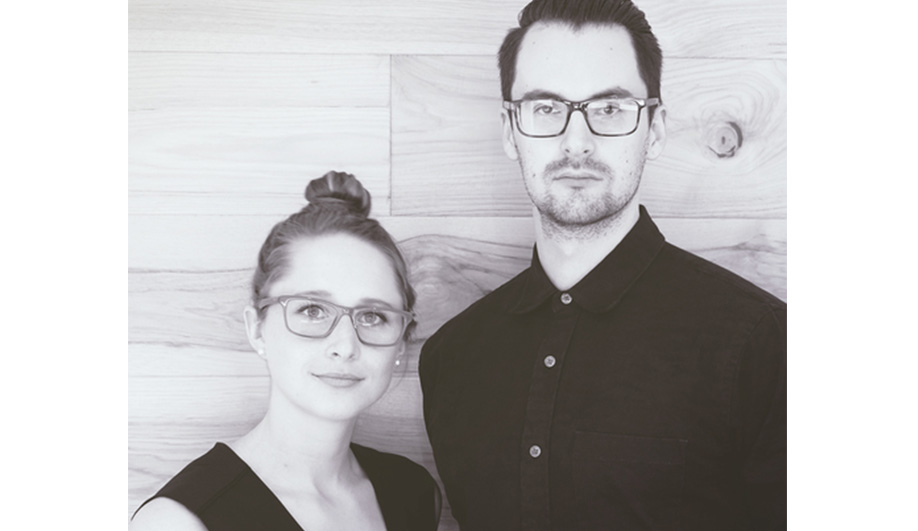 McDonald and Nilsen took top prize in the recent international Iceland Trekking Cabins competition, sponsored by CDS NORD Property Developers and intended to help grow Iceland’s ecotourism industry. The volcano-filled country has seen a dramatic rise in nature-loving visitors; in 2014 alone, over one-million foreign tourists explored the Nordic island that has a native population of just over 332,000.

The government is now looking for alternatives to big coach tourism by encouraging smaller, independent travel, which is much easier on the ecosystem. That’s where trekking cabins come in; the small, all-weather shelters would provide basic accommodation for intrepid visitors exploring Iceland’s famous hiking routes. 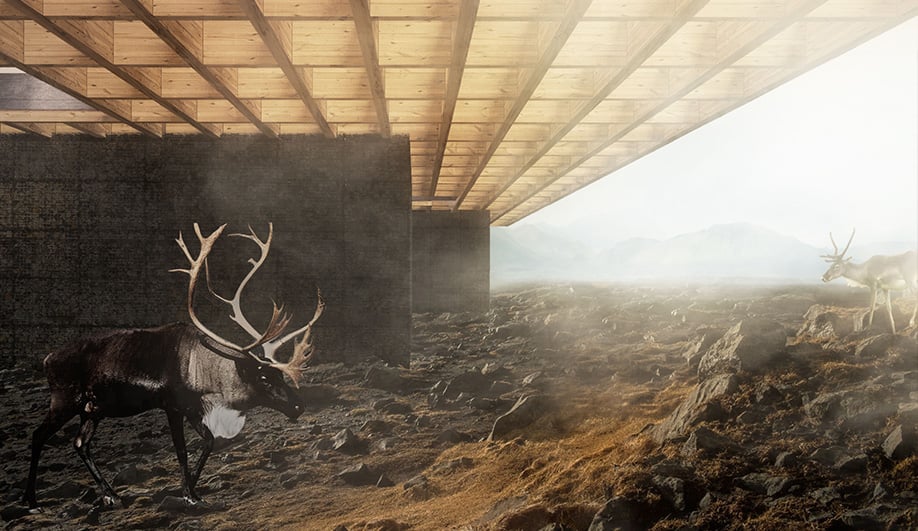 Origins’ winning structure features a 307-square-metre timber roof propped up by gabion basket walls filled with rocks. The flat roof extends well beyond the shelter’s floor plan to provide protection from the elements. Inside, the 84-square-metre space is divided into three areas that are each spartan – at best – providing just enough shelter for some privacy and refuge. The designers envision the interior having an open fire pit and places to hang clothes to dry.

Timber planks provide sleeping platforms, and there is some storage area for basic supplies and first aid kits. The cabin is also equipped with a rain catcher, and, if visitors are lucky, solar panels might generate enough energy to charge a phone. The real purpose, though, is to connect to nature. By adding shelters like these along remote routes, trekkers will be able to go deeper into the wilderness for much longer stretches, and they will be safer during periods of extreme weather. 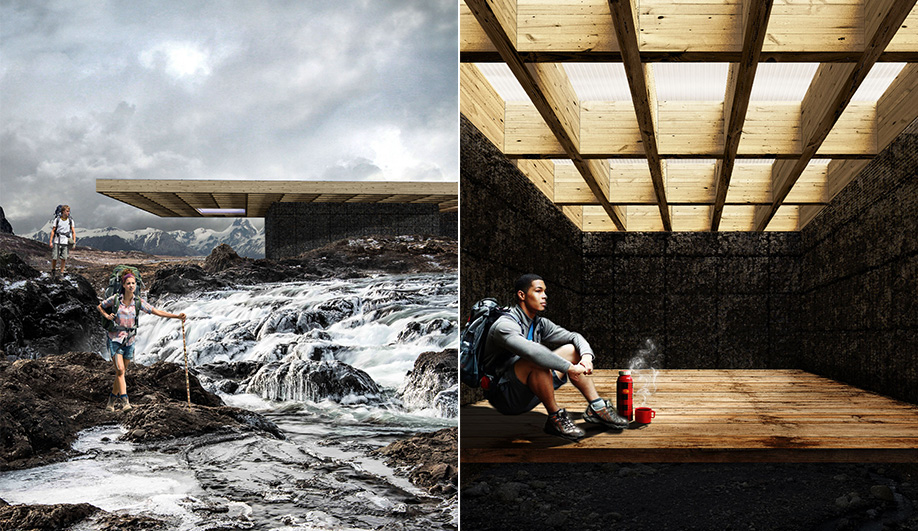 “The competition did not outline budget restrictions,” says McDonald, “but the construction had to be feasible, so we chose to use materials that are readily available on site, and where the ground didn’t have to be disturbed.” The gabion baskets, for instance, are filled with volcanic rocks, which are found all over Iceland and can be easily gathered without bringing in heavy equipment. “The idea is that each cabin vary from site to site, and take on the colour variations of the region,” adds McDonald.

Their winning concept is now being considered for realization among other non-competition proposals, with plans to start building in 2017. In the meantime, McDonald and Nilsen are working on other soon-to-be-released projects, including debuting wooden furniture prototypes at IIDEX Canada, being held in Toronto on November 30 and December 1.