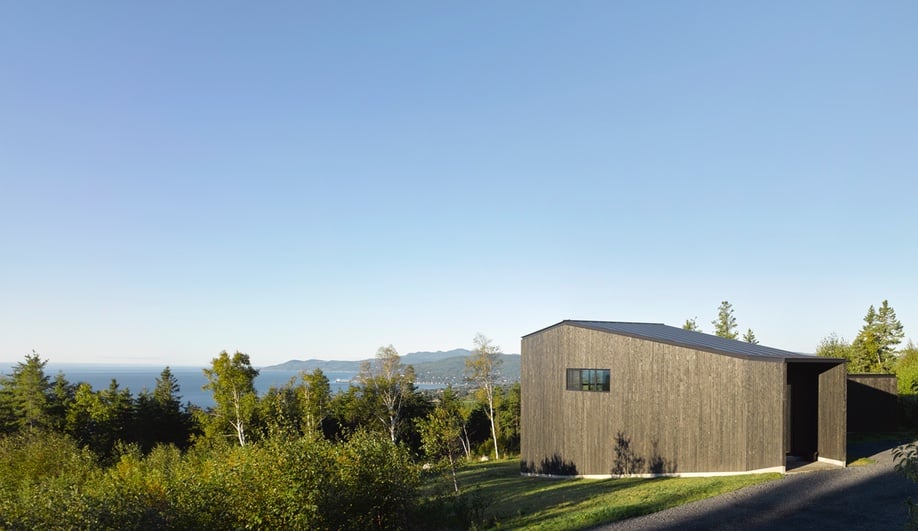 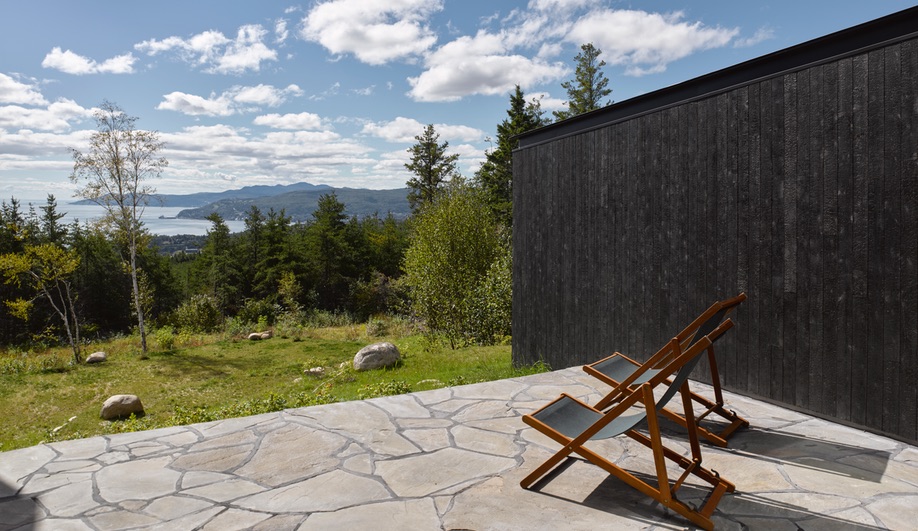 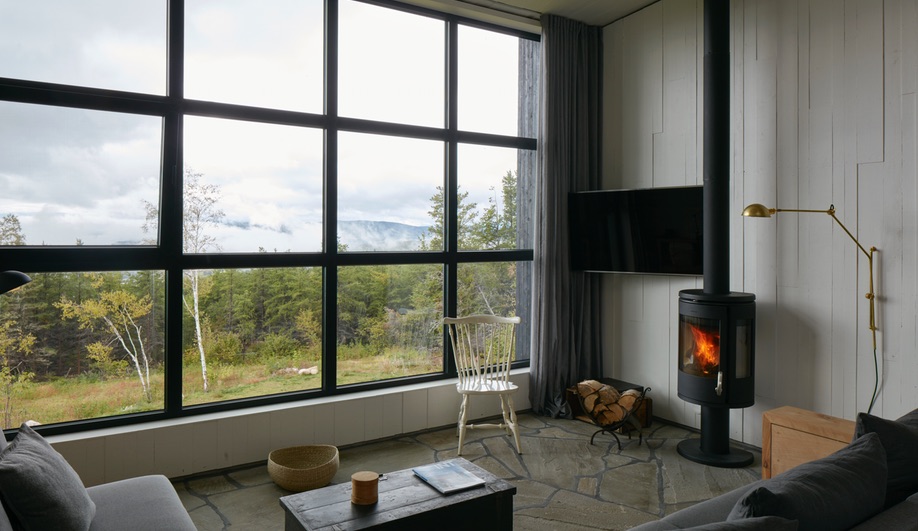 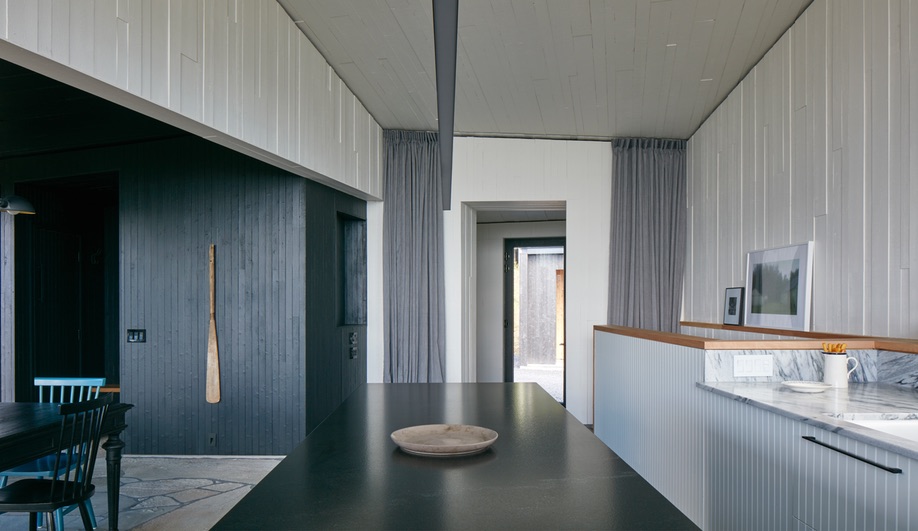 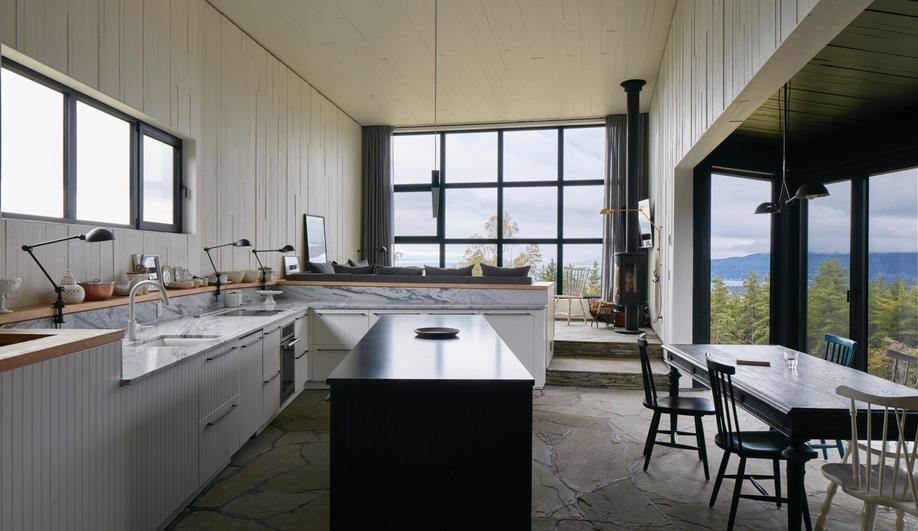 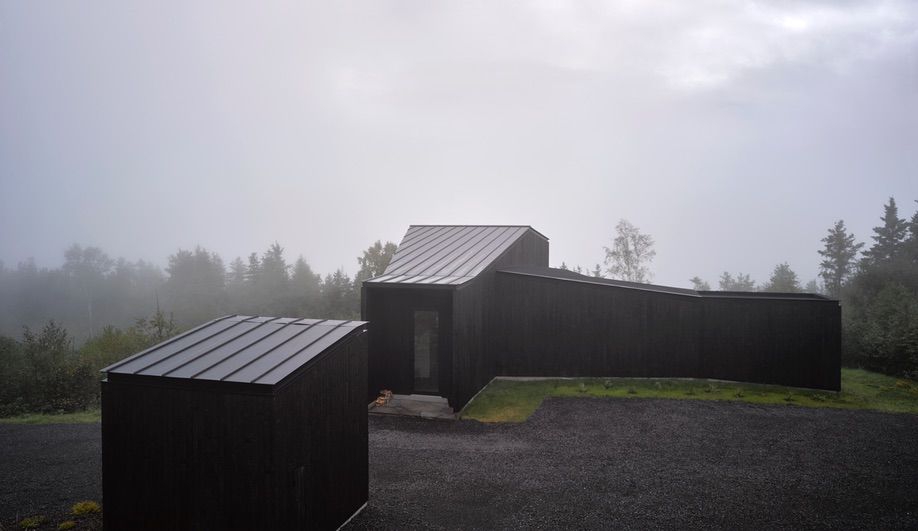 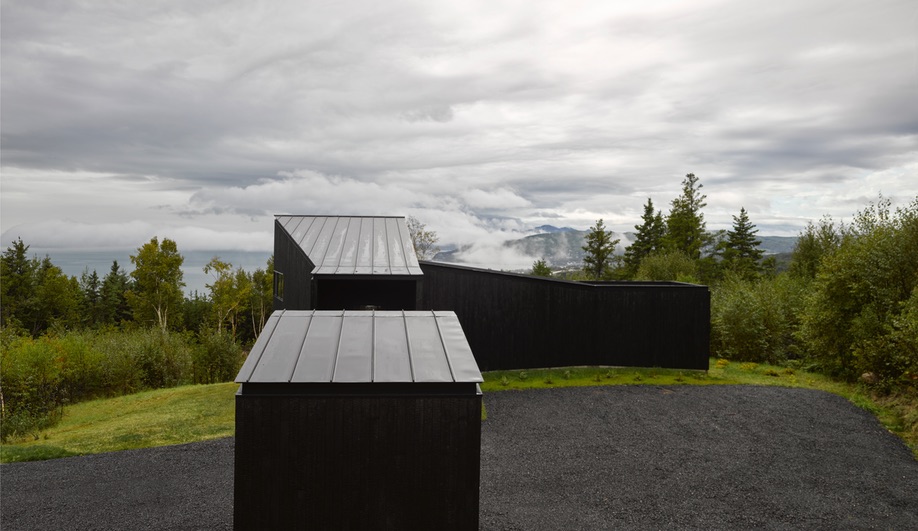 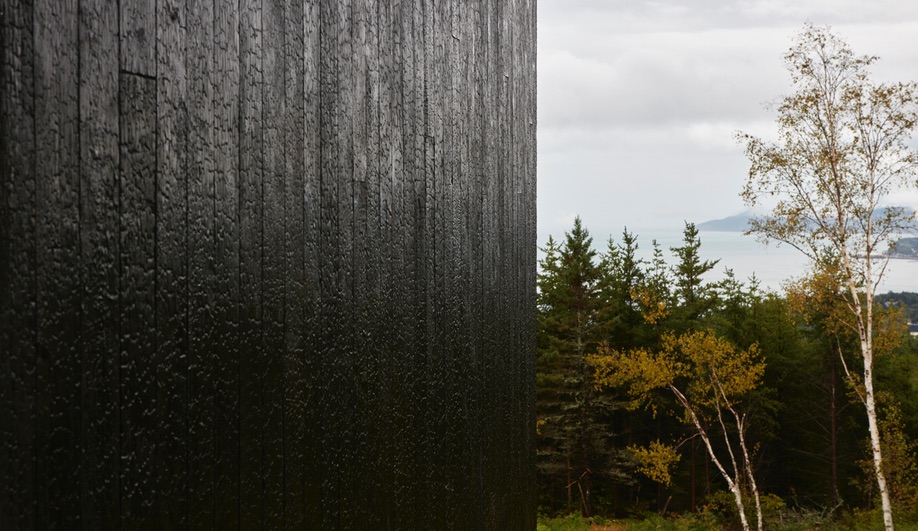 opens up to the St. Lawrence River like a sculptural viewfinder.

Montreal architect Alain Carle is known for his respect of the natural landscape and efforts to keep it intact, often designing his houses to work around challenges presented by nature. Most of his residential projects are situated on wooded sites, wrapped in walls of trees that create a sense of a private wilderness retreat, even where there may be nearby neighbours or adjacent roadways.

While the site for La Charbonnière, Carle’s latest masterpiece, features a thick tree line of evergreens, a large section of the land had already been cleared before Carle came into the picture. Part of a sprawling residential development, a section of the lot was stripped in order to expose and optimize views of the St. Lawrence River. 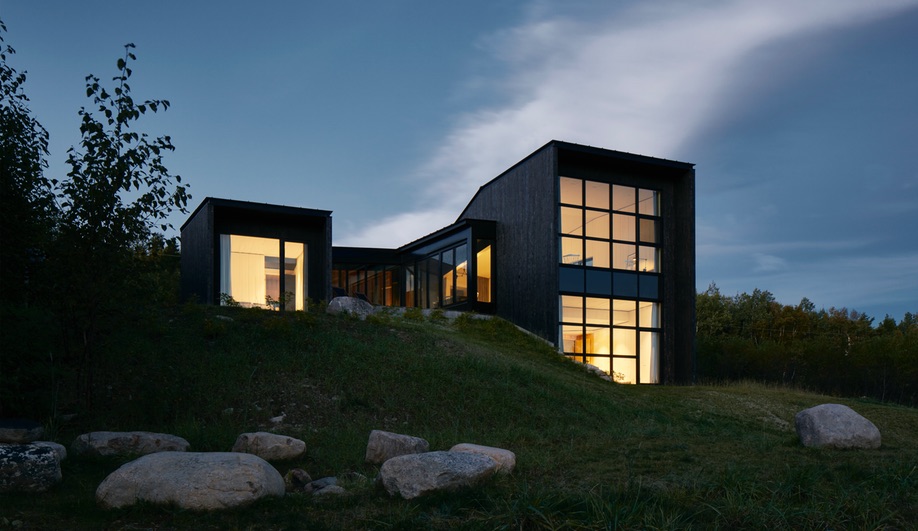 Opening up to the water like a viewfinder, the structure is clad in blackened timber – in this case, charred cedar – a choice that has become a calling card for the architect. Working with the existing terrain, Carle pushed the sculptural form against a slope, allowing two storeys to sit at ground level.

“The exterior volumetry is abstract and intriguing,” Carle says. “It emerges from the soil, like a sculptural object, facing the river’s monumentality.” 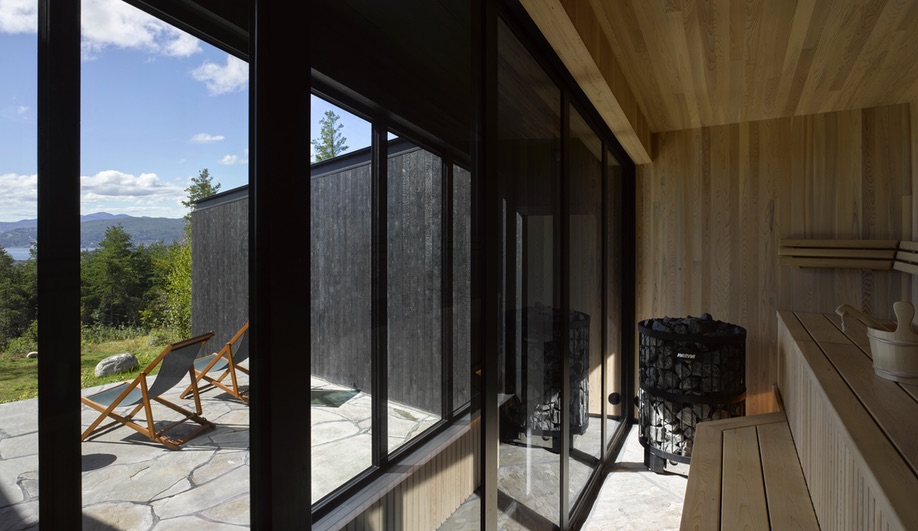 The main floor is split into two wings that are connected by a centre volume, which backs a glass-walled hallway with a dry sauna. These spaces overlook an open terrace on the river side, which features a stone floor that extends into the interior. The rustic, textural flooring runs through the master bedroom in the smaller wing, as well as the open concept kitchen and living room in the larger one, and references the rocky lawn beyond.

Below this main living space, a second bedroom, third bath and a games room are lined up behind another floor-to-ceiling window that opens the sleeping area up to sweeping views of nature. 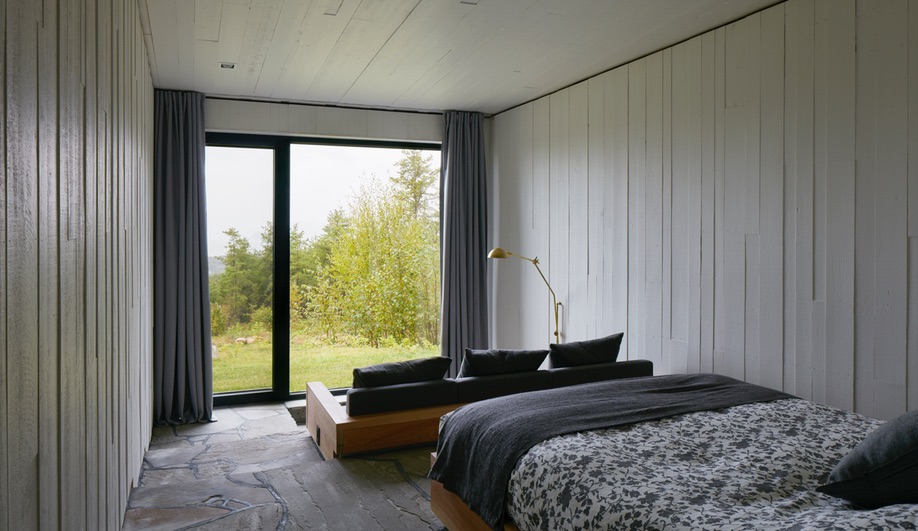