Alejandro Aravena, Socially Conscious Architect, Wins the Pritzker
The Chilean architect, who is also director of the 2016 Venice architecture biennale, is best known for his vibrant incremental housing projects. 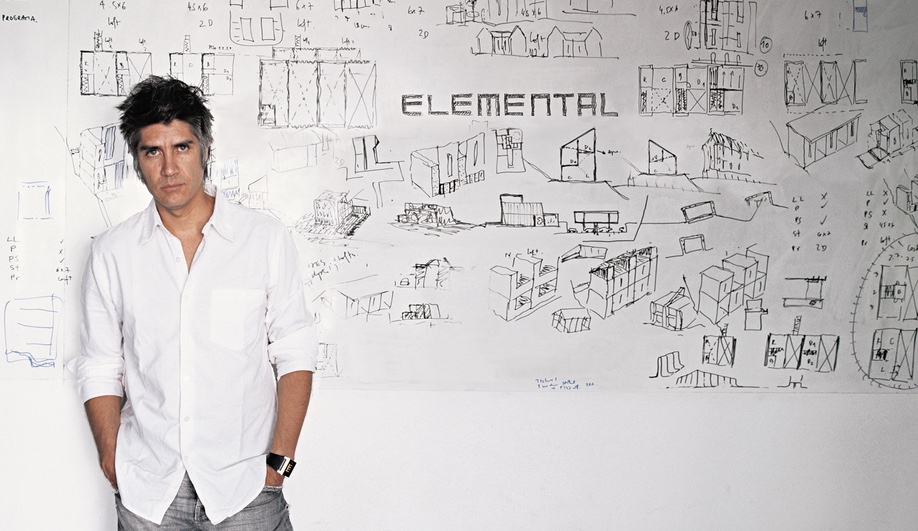 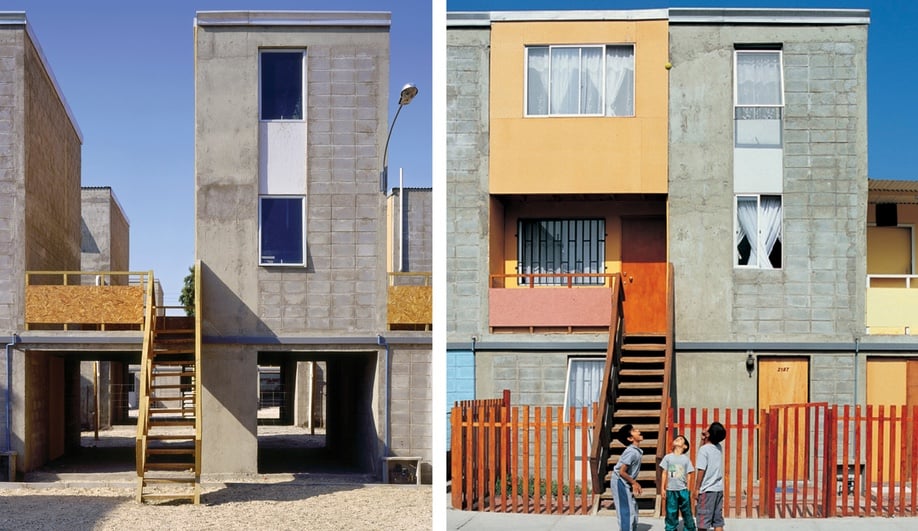 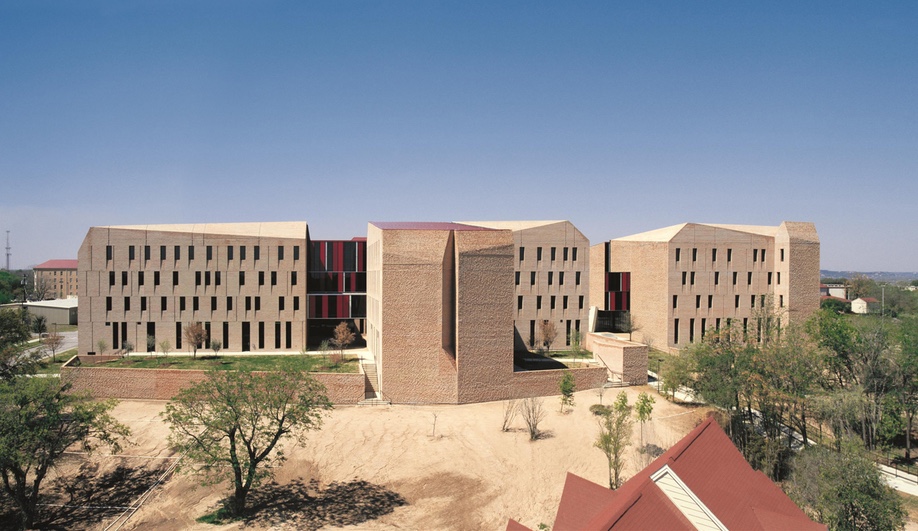 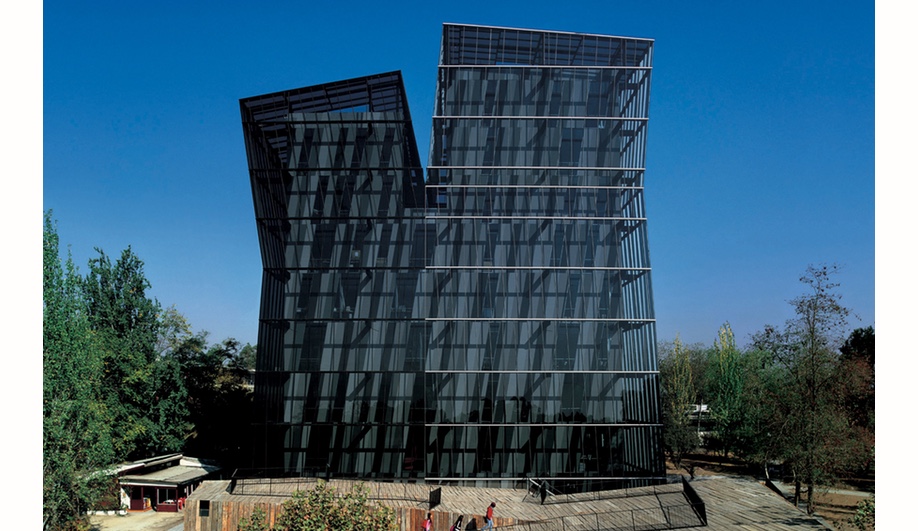 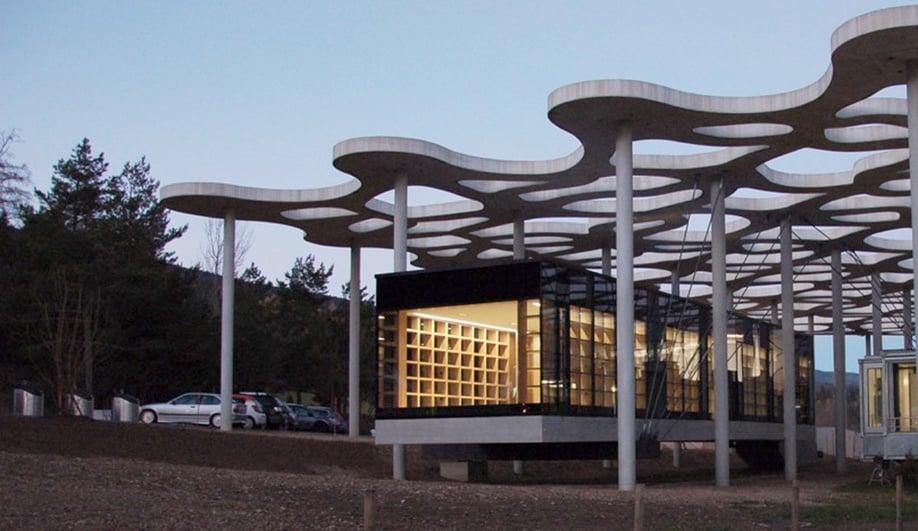 In lauding the 2016 laureate of the Pritzker Prize, announced today, Tom Pritzker singled out Alejandro Aravena’s contribution to socially conscious architecture. “[He] has pioneered a collaborative practice that produces powerful works of architecture and also addresses key challenges of the 21st century. His built work gives economic opportunity to the less privileged, mitigates the effects of natural disasters, reduces energy consumption, and provides welcoming public space. Innovative and inspiring, he shows how architecture at its best can improve people’s lives.”

Aravena and Elemental, the “do tank” (as opposed to think tank) he founded in 2001, are best known for the thousands of low-cost housing units they have created in Chile and beyond. Most remarkable are the “incremental” projects, which allow tenants to build on standard models, expanding and modifying their homes to accommodate growing families or live-work situations and thereby lift themselves into the middle class. 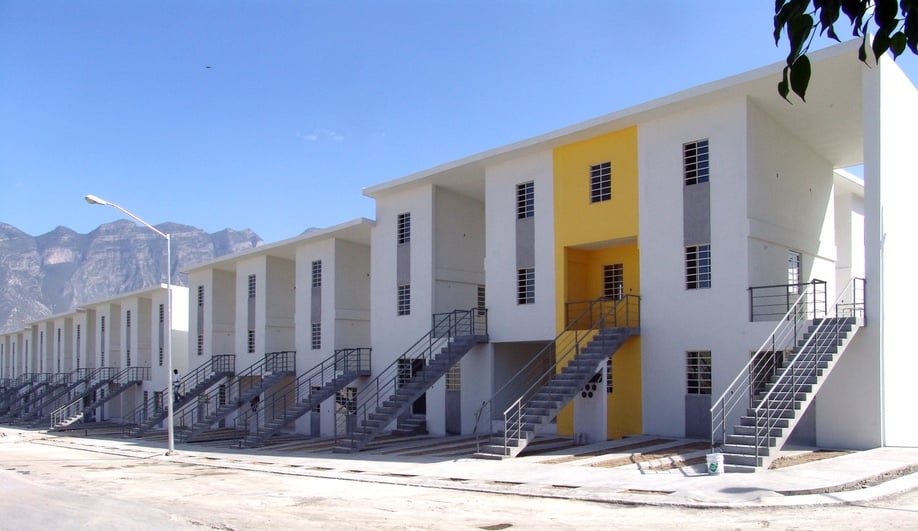 Monterrey Housing, in Mexico, is another example of incremental architecture

These “half of a good house” projects started with the Quinta Monroy Housing Project in Iquique, Chile, in 2004; the most recent is the Villa Verde Housing project in the Chilean seaside city of Constitución in 2013 – where the firm also worked on the sustainable reconstruction master plan in the aftermath of the 2010 earthquake and tsunami.

“It’s not about having more money, but thinking about the problem better,” Aravena told Azure contributor Mimi Zeiger back in 2011. As Zeiger explained, “Typical Chilean housing subsidies fund a 400-square-foot, fully finished home – half the space a family would need. By providing just the most complex parts (structural walls, roofs, stairs, kitchen and bathroom plumbing, door openings), Elemental designed row houses that meet the subsidized limit but can be expanded to double that size.

“The strategy, which Aravena calls an ‘open system,’ lets residents build the rest…. By participating in 50 per cent of the construction, owners end up with 50 per cent more customizable space, which results in greater equity and a chance to better their lot later on down the line.”

This also results in a vibrant collaborative architecture that reflects the individual lives lived inside these homes. 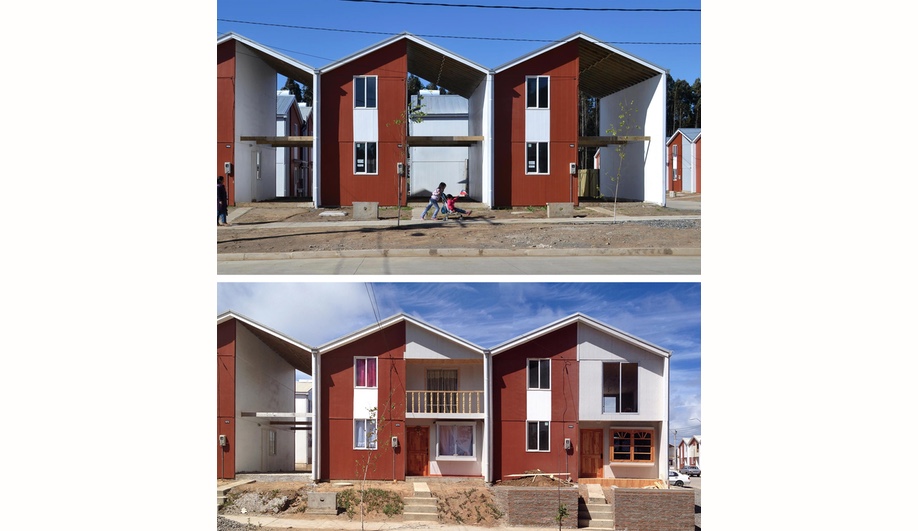 Villa Verde, in the seaside city of Constituciu00f3n, which was hit hard by the 2010 tsunami

Aravena’s institutional and commercial projects include a diverse collection of buildings for the Universidad Católica de Chile in Santiago (his alma mater). His UC Innovation Center, completed in 2014, for instance, balances a desire for openness – a necessity due to the warm Santiago weather – and the need for enclosure and security with irregular openings that “revert the typical curtain wall.” All of the university projects, including the glass-clad Siamese Towers (2005) and the Mathematics School (1999), are models of sustainable design that display a formal vivacity, by experimenting with volumes and variegated surfaces. 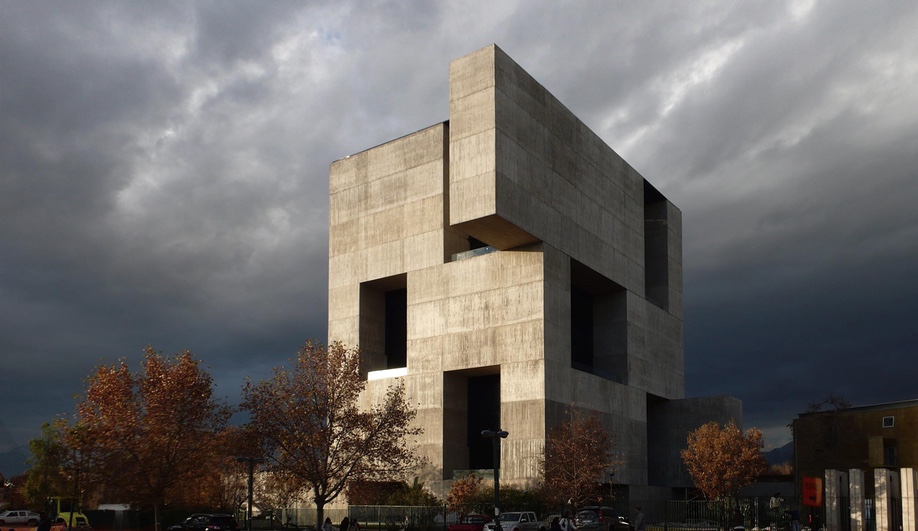 Innovation Center – Anacleto Angelini, one in a series of buildings for the Universidad Catu00f3lica de Chile in Santiago

The firm’s work also includes the pensive and poetic, as in the Las Cruces Pilgrim Lookout Point in Jalisco, Mexico, completed in 2010; and the Writer’s Cabin for the Jan Michalski Foundation in Montricher, Switzerland, finished in 2015. The Bicentennial Children’s Park, completed in 2012, in Santiago, is beautiful, daringly architectural and playful.

The recently completed Writer’s Cabin for the Jan Michalski Foundation in in Montricher, Switzerland.

Aravena is also in the midst of organizing the 2016 Venice architecture biennale, with a theme of “reporting from the front.” It will measure the greatest needs of society, including adequate and affordable housing, and propose new ideas. As Aravena explained when his directorship was announced, “More and more people in the planet are in search for a decent place to live, and the conditions to achieve it are becoming tougher and tougher by the hour. Any attempt to go beyond business as usual encounters huge resistance in the inertia of reality and any effort to tackle relevant issues has to overcome the increasing complexity of the world.” 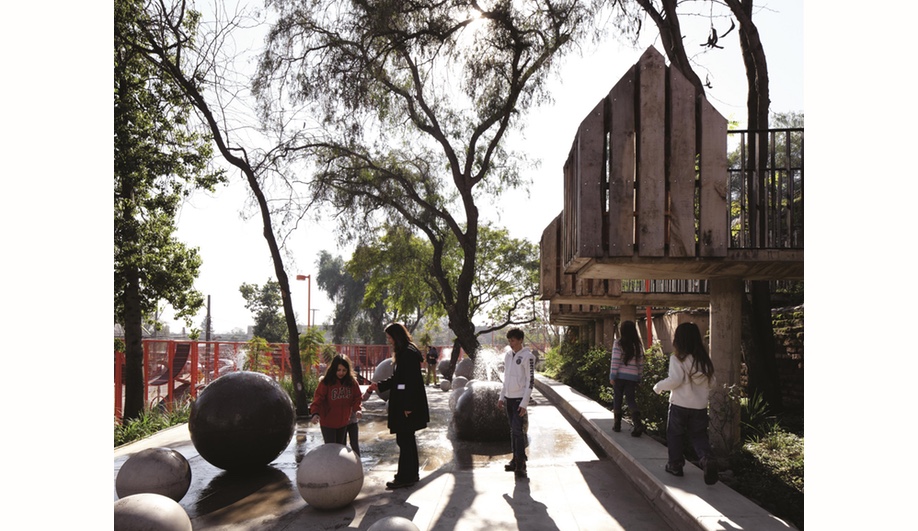 Aravena is the 41st recipient of the Pritzker prize, and the first laureate from Chile. His win – achieved in the middle of a prolific career for the 48-year-old – comes after last year’s posthumous award to Frei Otto. The ceremony will take place on April 4, 2016 at the United Nations headquarters in New York. 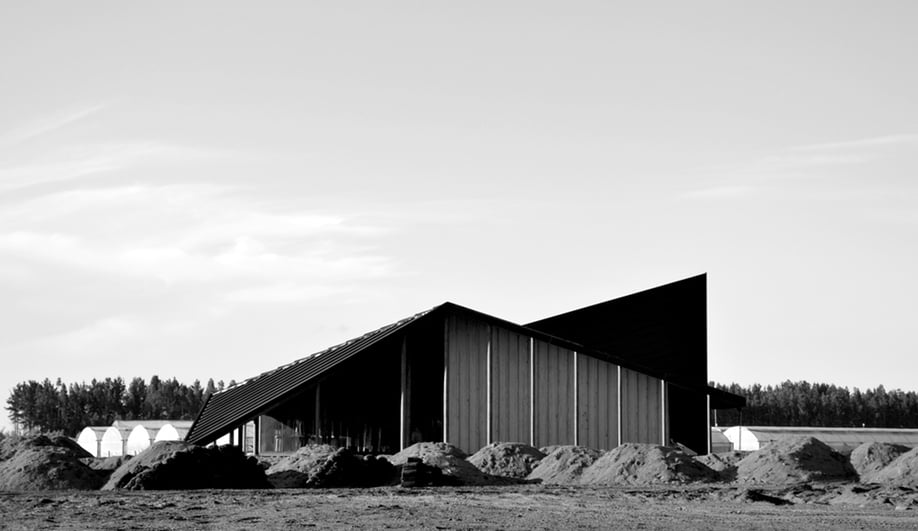 A dining hall for the Arauco Forest company

As befits an architect who approaches real-world problems with enthusiasm and imagination, Aravena responded to the Pritzker announcement with brio. “Looking into the future we anticipate Freedom! The prestige, the reach, the gravitas of the prize is such that we hope to use its momentum to explore new territories, face new challenges, and walk into new fields of action. After such a peak, the path is unwritten. So our plan is not to have a plan, face the uncertain, be open to the unexpected.”