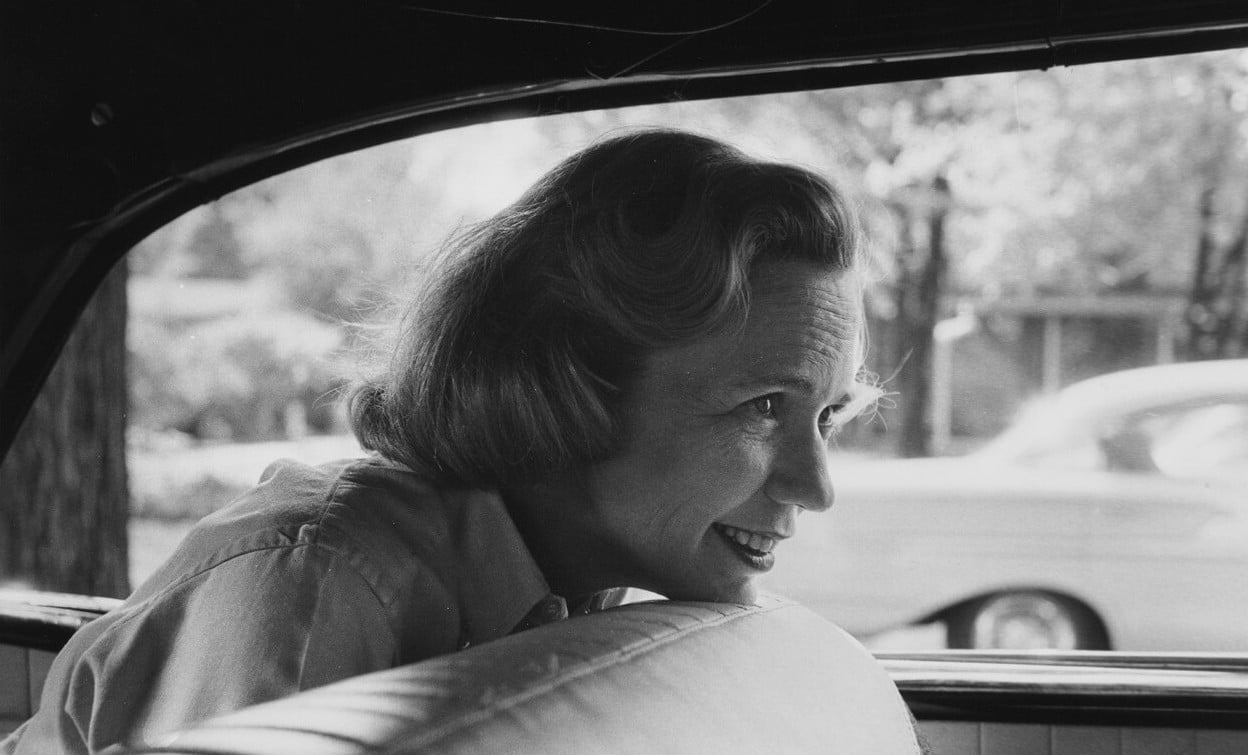 Aline Saarinen and the Making of the Architectural Canon

When we write about architecture, we participate in its making. Picture, for instance, New York’s TWA Terminal, in all its graceful optimism of swoops and curves, like a bird taking flight. The design is Eero Saarinen’s, but the language — of flapping wings and sinuous geometries — is his wife Aline’s. And together, through the form and the words that render it legible, we perceive what the place is all about.

These relationships, between husband and wife, architecture and language, are the locus of Eva Hagberg’s new book, When Eero Met His Match. An unconventional biography of journalist-turned design publicist Aline Louchheim Saarinen, the book combines academic and personal histories to map out the details of Aline’s life — and the evolution of architectural consciousness in the 20th century. 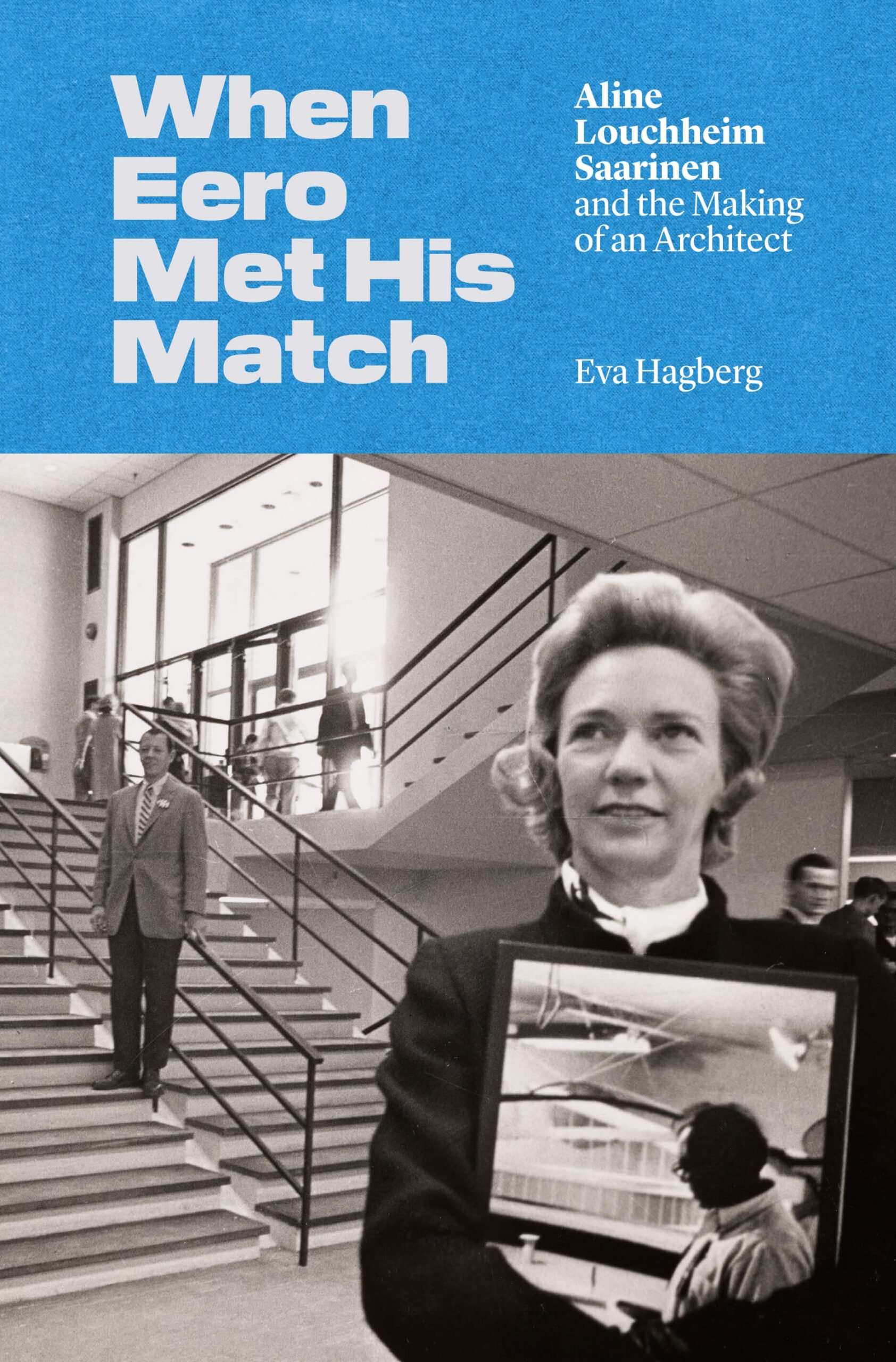 Born Aline Bernstein in 1914, Saarinen studied art at Vassar College, where she developed an interest in journalism. After marrying Joseph Louchheim in 1935, she earned a graduate degree in architectural history, divorced and pursued a writing career, becoming an associate art editor and critic at The New York Times in 1948. Then, a 1953 assignment introduced her to celebrated architect Eero Saarinen — and things turned spicy.

Following their first meeting, the pair exchanged a series of letters that form the backbone of Hagberg’s book. What started as a relatively innocuous professional exchange quickly turned flirtatious — even kinky — with Aline hinting at making love and Eero raising the notion of giving her “two spanks.” They were married the next year. 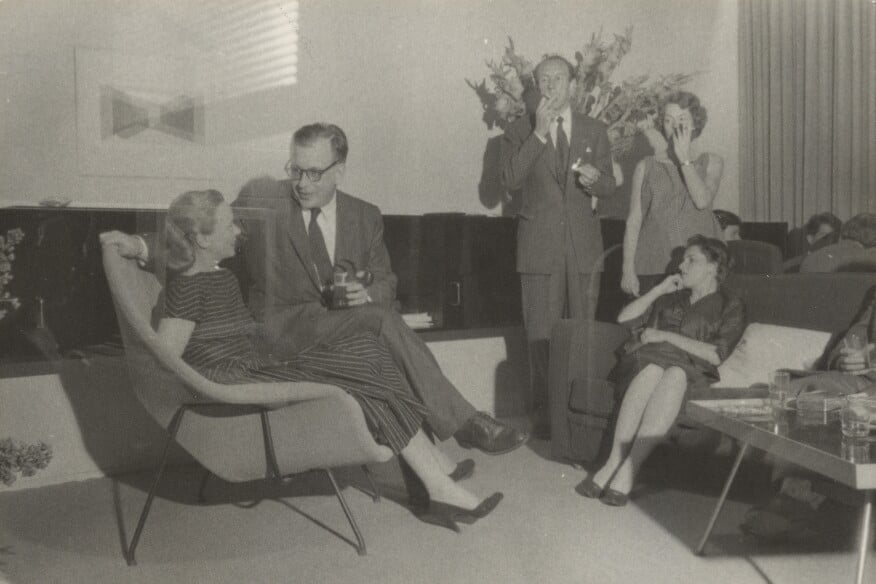 With the assumed title of “Head of Information Services” at Eero Saarinen and Associates, Aline began a media relations masterclass. Hagberg diligently outlines the evolution of language used to describe Eero’s oeuvre, comparing press coverage of two formally similar projects, the Kresge Auditorium at MIT (completed in 1955) and Yale’s Ingalls Rink (1958), to convey Aline’s influence. While coverage of the former building was largely dominated by technical language, Hagberg contends that Aline’s editorial nous shaped perception of the latter. In coverage of Ingalls Rink, the roof was routinely described in metaphors that make the design intelligible to the greater public. It was likened to a “turtle,” while the rink’s entrance was described as a “whale-mouth;” the building is still popularly known as “Yale Whale.”

As Aline shaped the narrative, Eero’s fame grew. By the time of his sudden death at the age of 51 in 1961, Saarinen had graced the cover of Time magazine, only the third architect to do so. Almost a year after his passing, the iconic TWA Terminal opened to the public, accompanied by the language of flight. In a chapter devoted to the seminal building, Hagberg traces Aline’s careful media strategies, which harnessed promises of exclusive coverage, photography and her own personal relationships with journalists to court editors, much as publicists still do today.

Aline died in 1972, but many of the practices and tactics she helped establish — including the pipeline of journalists becoming PR reps — remain industry lynchpins. Hagberg has the first-person experience to prove it. Herself an architectural journalist turned occasional (and somewhat reluctant) publicist, Hagberg pairs the Saarinen narrative with confessional and insightful recollections from her own career. Fifty years after Aline’s death, a sentence in a pitch, an offer of exclusivity, a friendship with an editor, a kind note to a writer and the right pairing of photography and narrative can push a project into the spotlight. And hell, the simple reality of “buying writers things — whether that’s meals, trips, or thank you gifts,” works better than most journalists would freely admit. 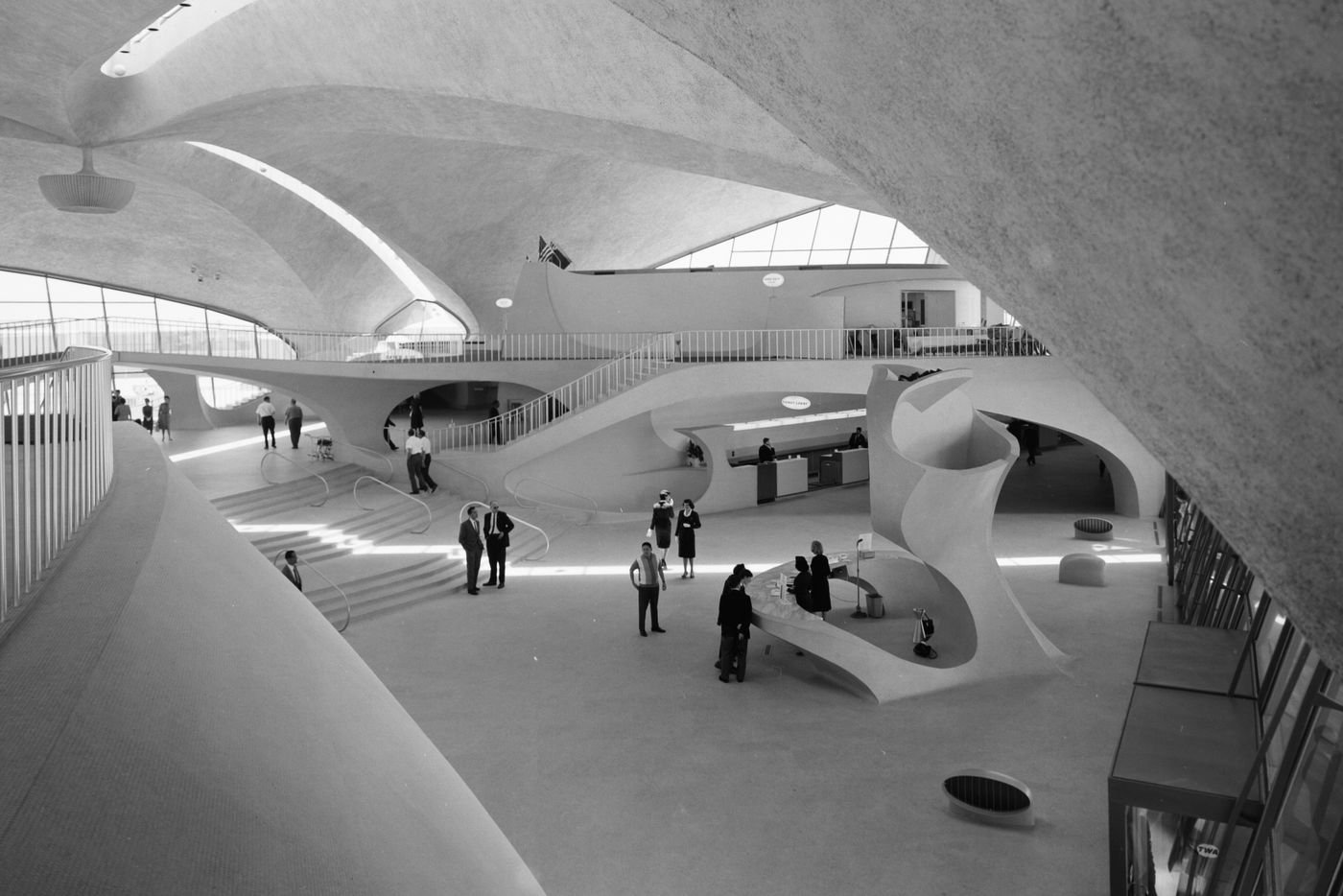 There’s a lot of Hagberg in this book. An incisive chapter, and part of the introduction, is devoted to her career as a publicist. In a biography of Aline Saarinen, the extensive inclusion of personal stories might come off as conceited. Reviewing the book in The Architect’s Newspaper, Fred Bernstein writes that “commandeering a book on a historic figure published by a major university press feels a bit self-indulgent,” while Alex Beam, in The Wall Street Journal, is similarly critical of the occasionally “solipsistic” narrative.

Both Bernstein and Beam pair these critiques with challenges to Hagberg’s broader conclusions. Did Aline’s use of an avian metaphor really shape how we think of the TWA Terminal? “But anyone can see that the building resembles a bird,” writes Bernstein. Was the metaphor even Aline’s in the first place? “But it was New York Times reporter Edward Hudson, with no apparent prompting from Louchheim, who first likened the building to a ‘huge bird with wings spread in flight,'” writes Beam. Even Hagberg readily concedes that “some of what I argue or have written is a process of retroactive fitting in of an argument.”

For a conventional biography, these are serious flaws to contend with. But When Eero Met His Match is no conventional biography. Beyond the two Saarinens and Hagberg herself, the book’s true intellectual centre is the exploration of how architectural form is translated into — and shaped by — the stories we tell. “I began to wonder if there were perhaps an iterative relationship between the visual and the narrative; if Louchheim had actually influenced the way the shape and form of Saarinen’s buildings were perceived through the language she used,” writes Hagberg. “What if language and narrative could be an integral part of the practice of architecture — of its production.”

Like Hagberg, I’ve worked as both an architectural journalist and previously an occasional (and somewhat reluctant) publicist. And her reflections ring true, whether in dissecting the intricacies of wording in a release, or the prosaic reality of attending a swanky press junket. So what does all that mean? The architectural media is not merely an apolitical reflection of practice, but a fraught cultural presence in its own right. A book on that topic demands much more than a conventional biography, and Hagberg has delivered an accessible, elegant and exquisitely polymathic meditation on a complicated subject. Like it or not, the love letters and free lunches deserve their place in the architectural canon too.

When Eero Met His Match: Aline Louchheim Saarinen and the Making of an Architect, is published by the Princeton University Press — and available now.