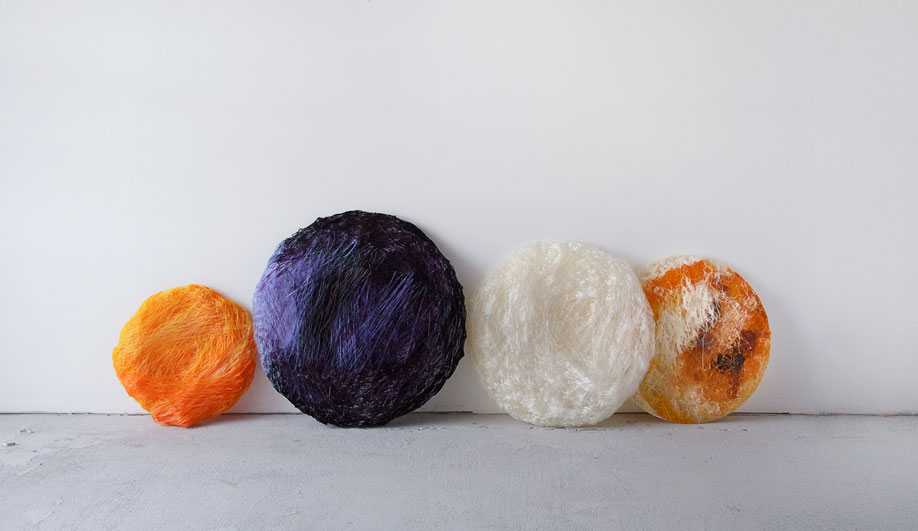 According to a recent study, about eight million metric tons of plastic end up in our oceans each year – a number that’s projected to double by 2025. A report in The Guardian, meanwhile, noted that a plastic bottle nearly half a century old looked “almost new” when it washed up on a British beach last year, underlining the near indestructibility of the material.

As such data suggests, the global excess of plastic waste is both a scourge that the world must deal with posthaste and a potential source – if harvested effectively and used imaginatively – for any number of upcycled goods. On the latter score, last autumn’s London Design Festival was rife with ingenious examples of plastic waste turned functional products, indicating that designers have been thinking seriously about both the problem and possible solutions.

Take Dutch designer Dirk Vander Kooij, whose recycled-plastic oeuvre includes the sculptural Menhir Bench, made from 96 per cent reclaimed synthetics. The piece was just one of the highlights of PlasticScene, a nine-day exhibition devoted to new design crafted from waste plastic. Other participants in the show, which was held in King’s Cross, included Max Lamb, Silo Studio and co-curator James Shaw.

In the city’s East End, plastic was front and centre at the London Design Fair, where it was declared Material of the Year. Vander Kooij also showed his work there, joining Britain’s Charlotte Kidger and Japan’s Kodai Iwamoto.

And in the Brompton Design District in central London, design firms including the aptly named Crafting Plastics Studio showed off their experiments with bio-plastics, a promising alternative to the manufacturing of new plastic. 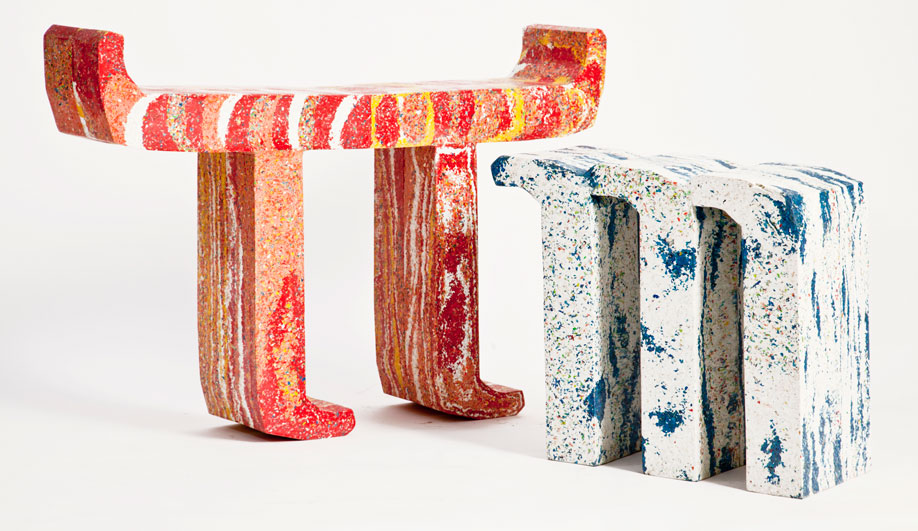 Also shown at PlasticScene, Detroit-based Thing Thing’s colourful TT stool is made of reclaimed HDPE plastic and was inspired by typeface. The Thing Thing team – Simon Anton, Rachel Mulder, Thom Moran and Eiji Jimbo – sources plastic containers from landfills and recycling centres, then processes them into malleable materials via custom-designed machines. In TT’s case, the finished product is reminiscent of terrazzo, both sparkling and sturdy. 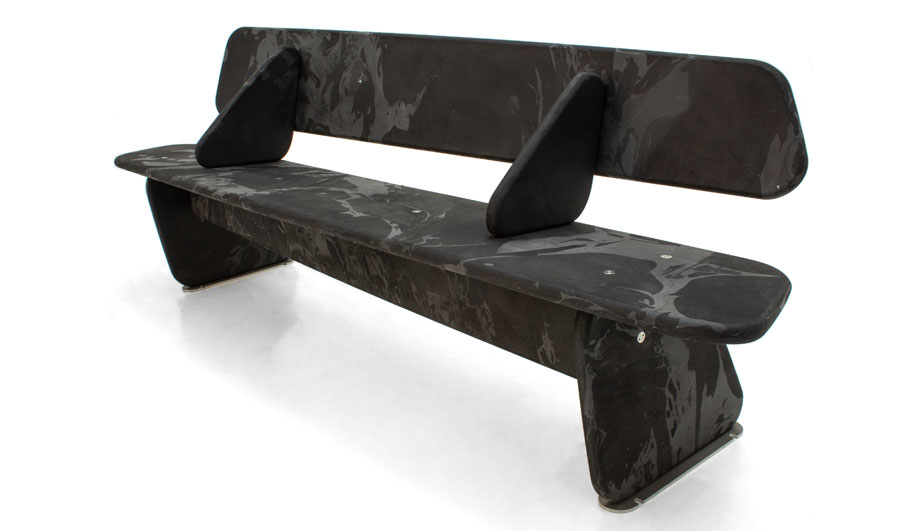 Originally designed for a public park in the Netherlands, Dirk Vander Kooij’s Menhir Bench is now available commercially and in numerous iterations. The version shown here is called Charcoal, but the piece also comes in more vibrant forms. All are made from 96 per cent recycled synthetics, such as discarded CDs. 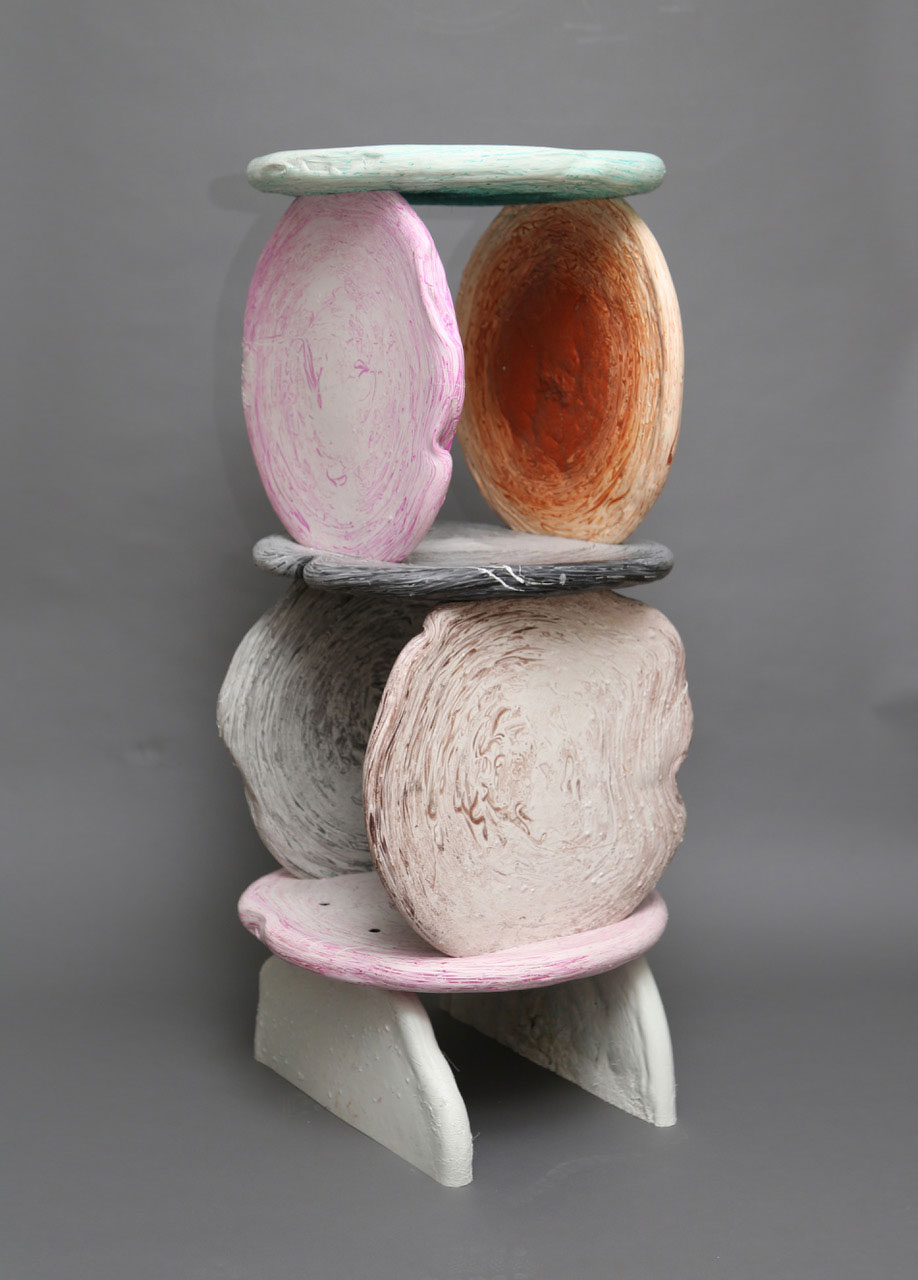 To assemble the items in their Purged Plastic series, Saša Štucin and Nicholas Gardner of London-based studio Soft Baroque salvage materials from a local recycling facility, then reconstitute the waste – initially “grotesque” but ultimately varied and beautiful – into simple panel pieces. This bookshelf, unveiled during the PlasticScene show, consists of wafer-like components perched atop two half-wafers. 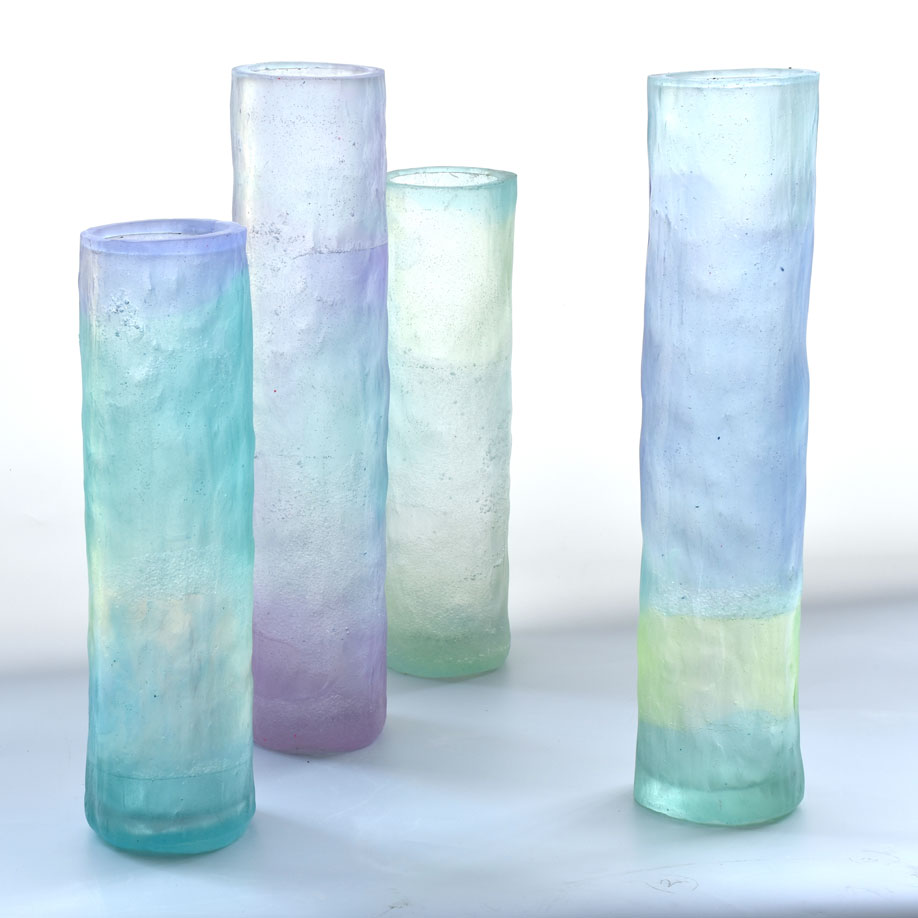 Kim Markel’s vase series lives up to its name, the translucency of the vessels belying their origin as plastic scrap combined with plant-based resin. The New York-based designer makes a habit of reimagining disused material, transforming bottles, lunch trays and eye-glasses into tables, chairs and more. 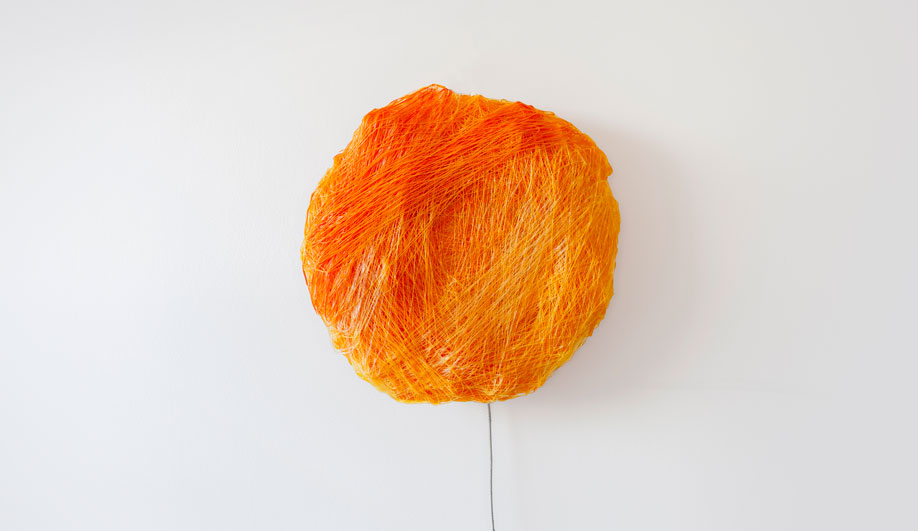 Crafting Plastics Studio’s Vlasta Kubušová and Miroslav Král worked for more than half a decade on perfecting Nuatan, a compostable bioplastic made from corn starch, sugar and reclaimed cooking oil. The substance has since been used by the pair to fashion everything from eyeglass frames to this whimsical light fixture, which resembles spun glass and is dyed with natural pigment. One day Nuatan might even supplant traditional plastic packaging.