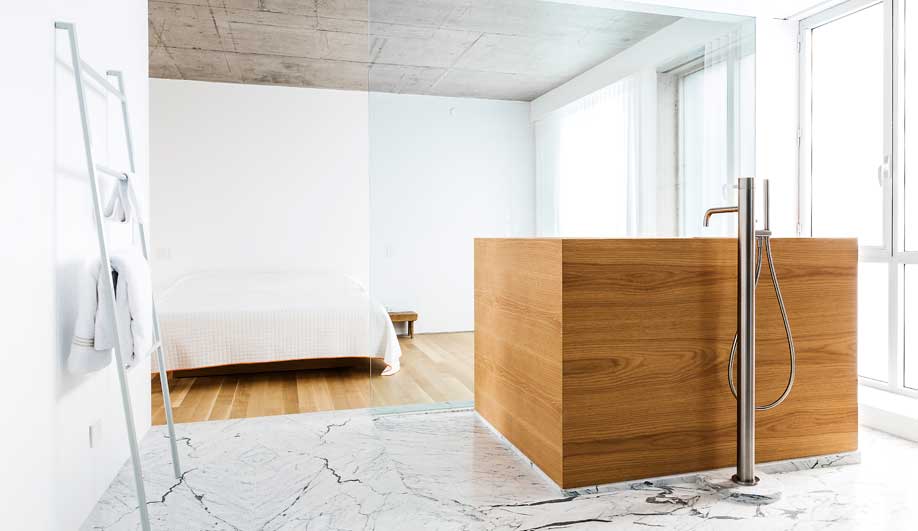 The redesign of a penthouse by Montreal’s La Firme makes the bathroom a literal focal point.

The top-to-bottom overhaul of 38 McGill, a 205-square-metre penthouse in Old Montreal, presented the designer Louis Béliveau with numerous challenges – not least of which was a lack of any restrictions. “The client bought the place for himself, so compromises weren’t a factor,” says Béliveau, director of La Firme, a local design-build practice. “But at times it was actually harder without any constraints.” 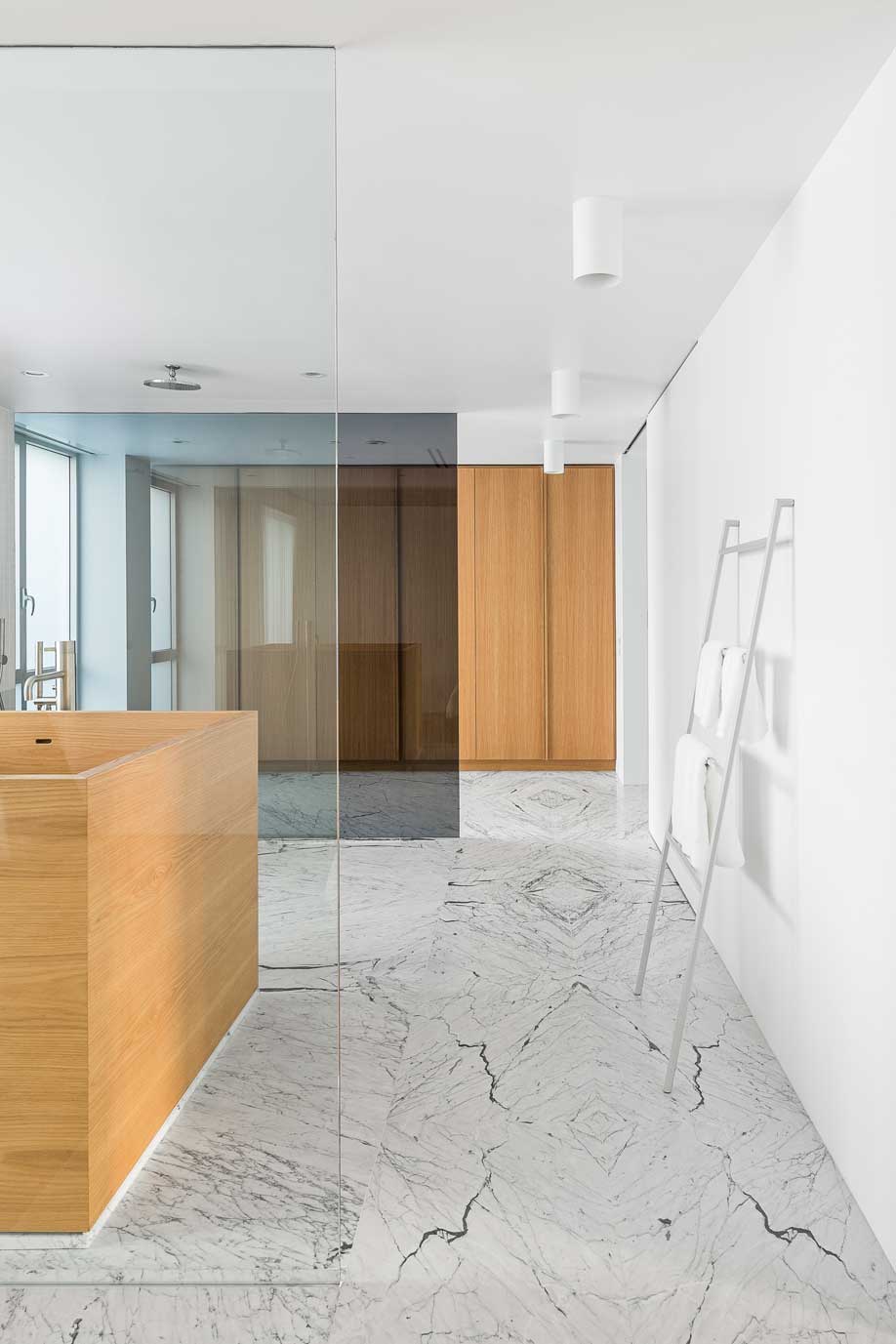 Designer Louis Béliveau combined two bedrooms and two bathrooms to form the master suite. The two 225-square-centimetre glass panes, used in place of conventional walls, had to be craned into the penthouse.

In the end, Béliveau rose to the task. Completed in 2017, the penthouse’s expansive ensuite bathroom has earned him accolades. In October, 38 McGill won an APDC*IDA Design Excellence Award in the Residential Bathrooms category. Prior to that, the bathroom was among seven winners of Fantini USA’s inaugural Design Awards. (Béliveau had appointed the 26-square-metre space with Naoto Fukasawa’s AF/21 suite of fixtures, designed for the Aboutwater brand, a collaboration between Fantini and Boffi. Among them was a custom, 114-centimetre-tall floor-mount faucet used with the Ofuro-look tub.) 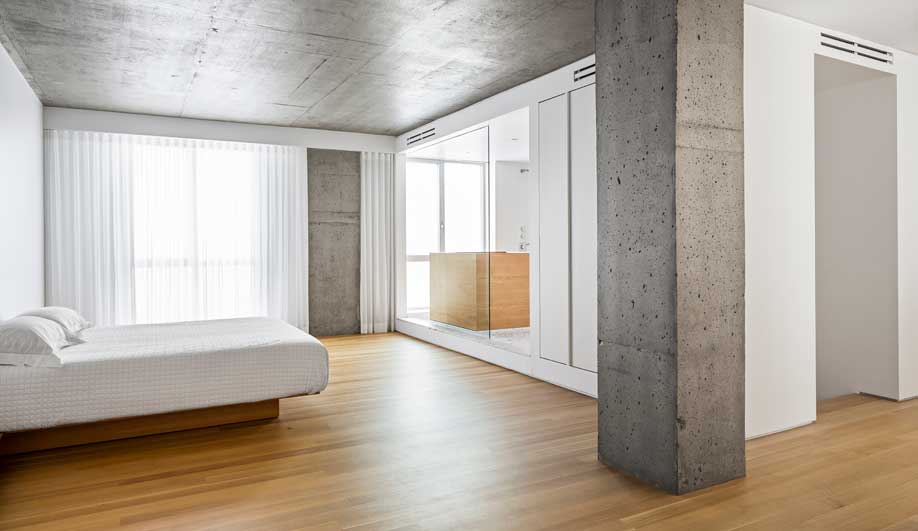 A raised floor and lowered ceiling separate the bathroom from the bedroom.

That the apartment – which stretches over two levels and has a single bedroom – houses one couple meant that privacy wasn’t an issue. Consequently, Béliveau positioned the peekaboo bathroom in full view of the bedroom, framing it between a narrow bulkhead that stores mechanical elements and a raised floor. The compressed ceiling height further delineates the space from the rest of the swank penthouse. As Béliveau explains, stepping up to enter the bathroom and down to exit it creates the same feeling of transition as opening or closing a door. 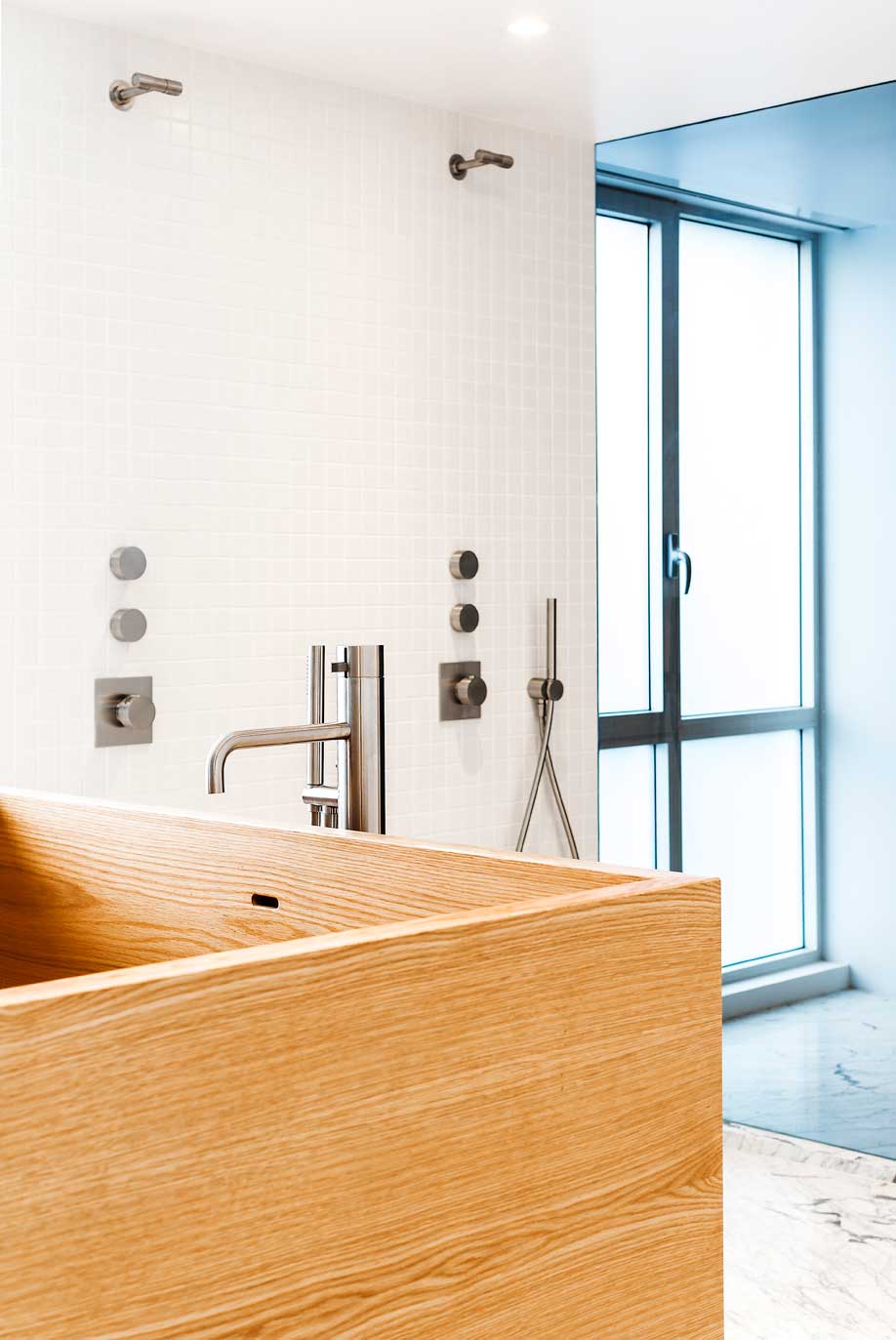 Without a doubt, the main attraction is that freestanding Ofuro-inspired tub. Sourced from Polish manufacturer Unique Wood Design, the soaker is made of European white oak and wrapped in an epoxy similar to one used on surf boards. Featuring two benches and room for four, the tub takes half an hour to fill, according to Béliveau: “There are two 60-gallon tanks downstairs so that the apartment doesn’t run out of hot water.” 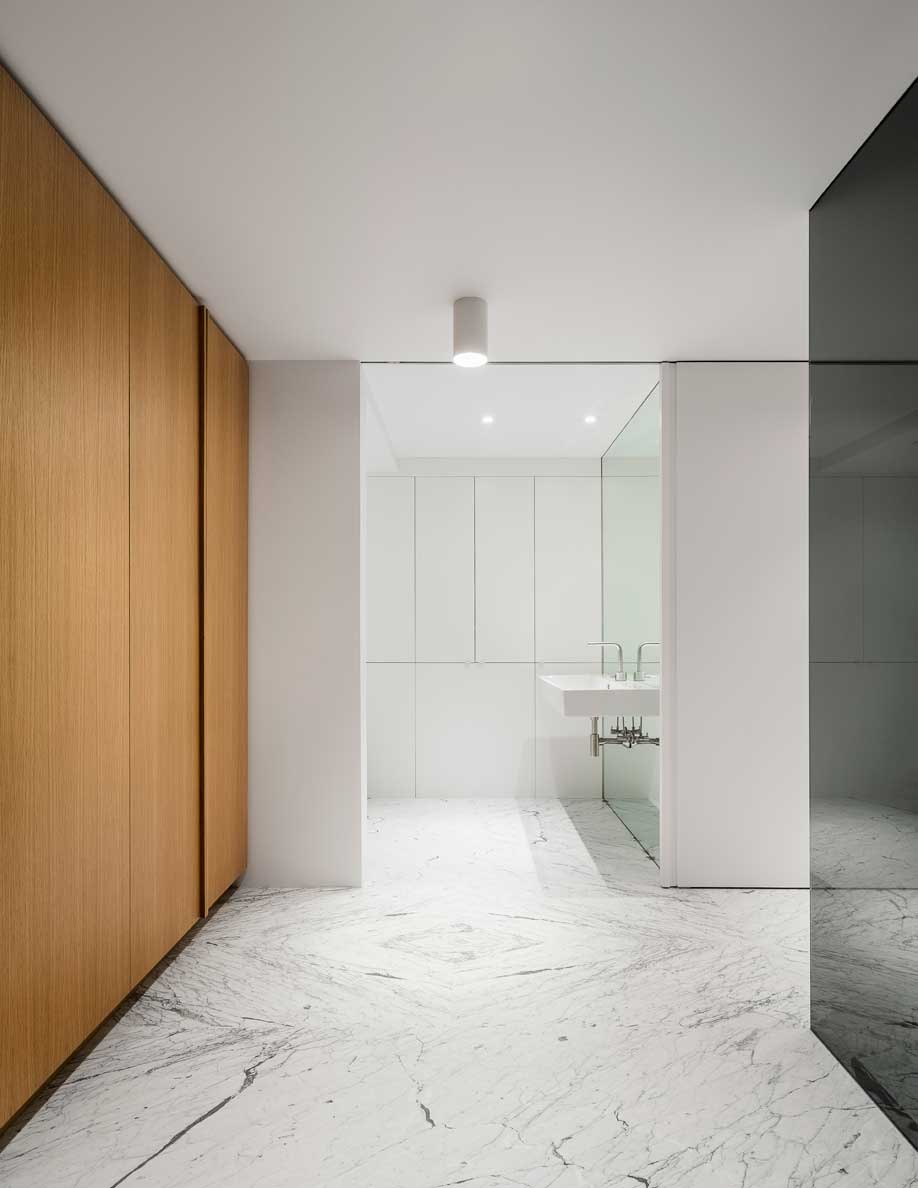 The sleek aesthetic extends to the water closet

The European species of wood was a perfect match with the local white oak that Béliveau specified through-out the second floor, including for the millwork of the walk-in closet located at the far end of the bathroom and divided from the showers by a pane of tinted glass.

The book-matched Statuarietto marble floor, with its “crazy” patterns, adds visual interest in the other-wise sparsely appointed room. “It’s almost like a Bianco Carrara but veinier and darker,” Béliveau says of the stone. The effect is rich and sensuous, verging on hypnotic. 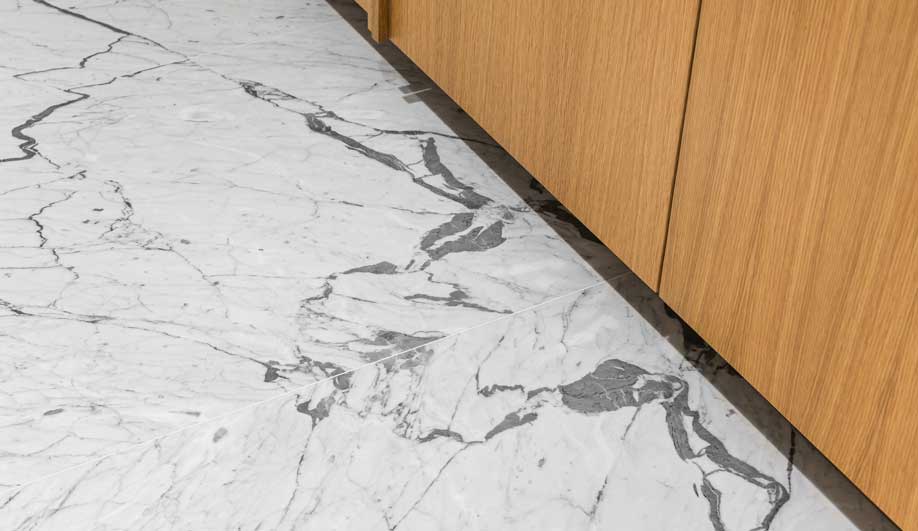