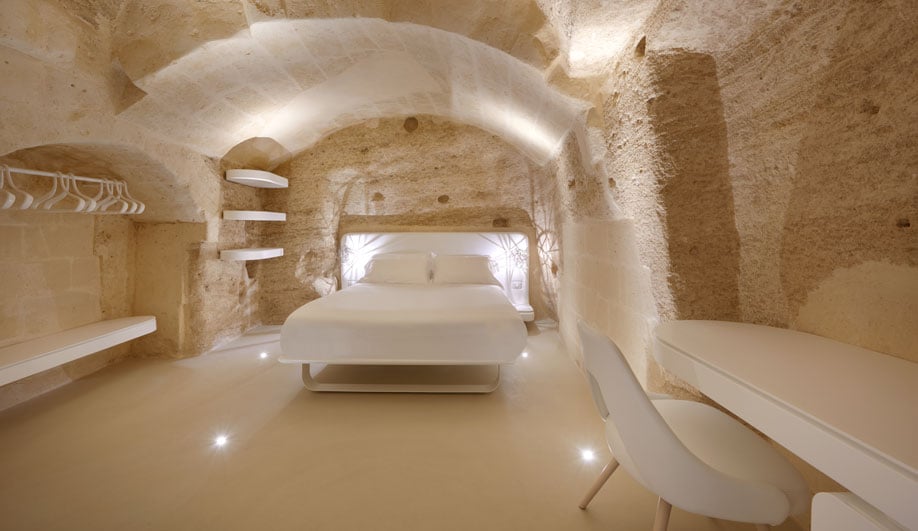 The original structure of the caves was left largely untouched. The stone walls were cleaned and sanded down, while resin was poured to seal and colour-match the floors. 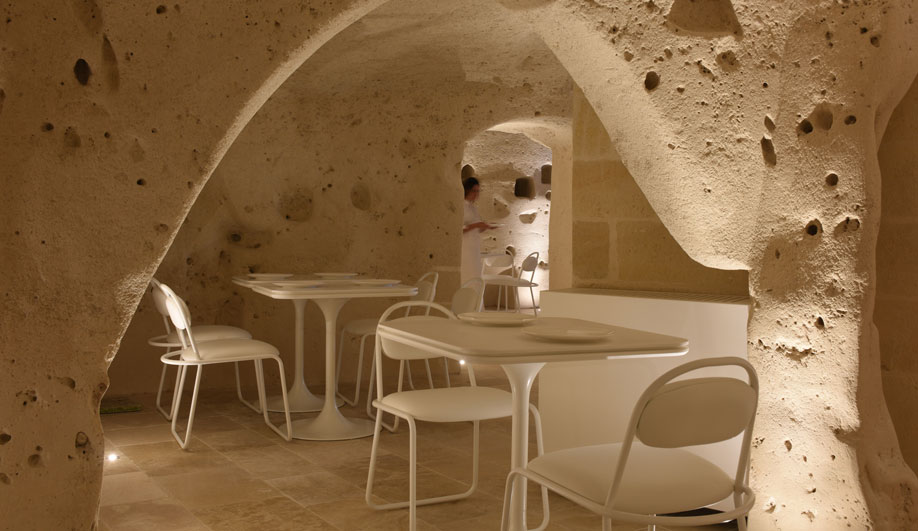 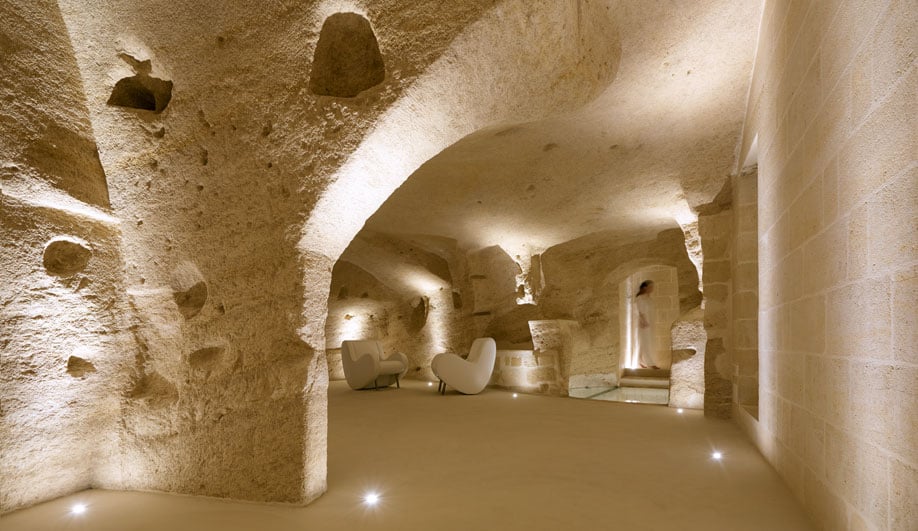 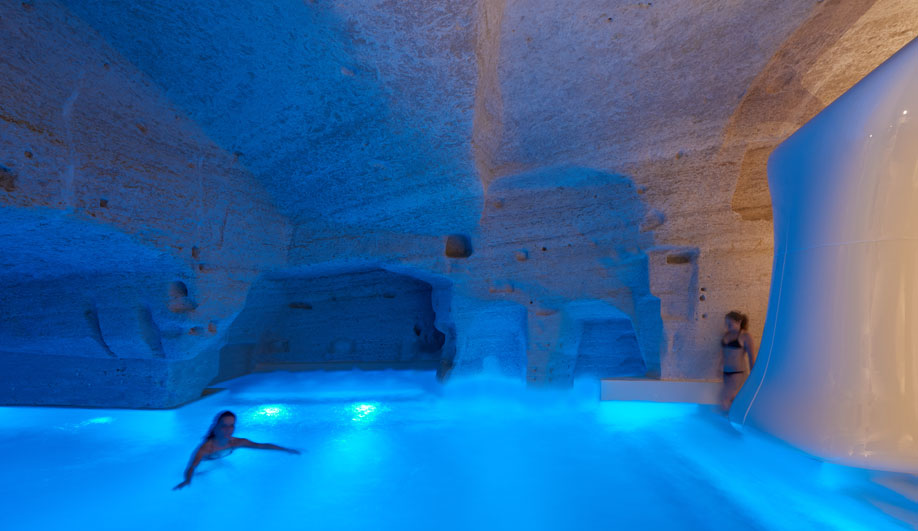 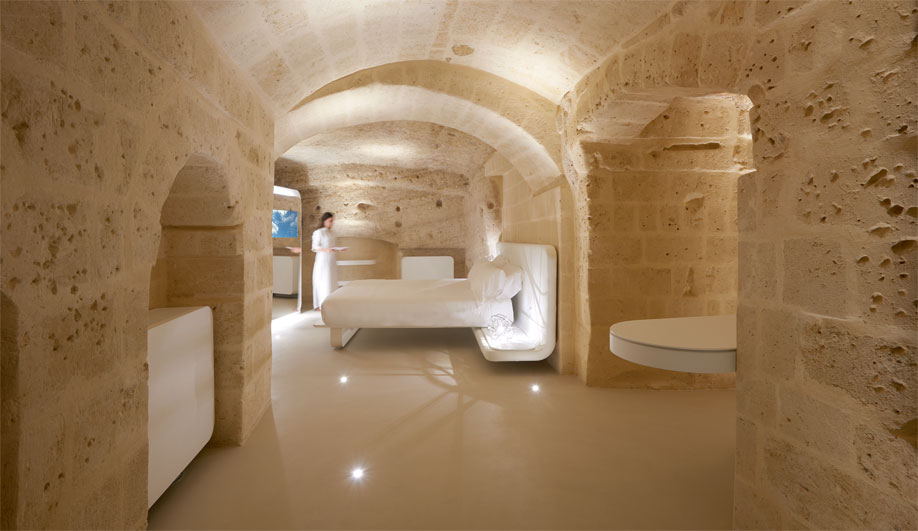 “One of the greatest luxuries we have today is the ability to reinterpret the past with a futuristic view,” declares Simone Micheli, the architect responsible for the interior spaces and lighting at the recently opened Aquatio Cave Luxury Hotel & Spa in Italy. And he should know: His latest project calls one of the country’s oldest and most storied communities – Matera, in the southern Basilicata region – home.

LED spotlights by Status were installed in the floor, leaving the cave roof undisturbed and drawing attention to its rough surface.

Comprising a hotel, spa, indoor swimming pool and restaurant, Aquatio sits within the city’s ancient sassi cave dwellings. Thought to be one of the earliest continuously inhabited places on earth, the sassi network of cliffside homes is burrowed deep into a soft white calcarenitic rock known locally as tufo. Residents were moved out of the caves en masse in the 1950s for hygienic reasons, but recently Matera has seen architects and entrepreneurs – spurred on by its designation as a 2019 European Capital of Culture and an expected tourism boom – reimagine and repopulate the historic city.

Many of the furnishings, including suspended lacquered-wood cabinets with backlit mirrors, were designed specifically for the project, a move that kept costs lower than is typical in the construction of luxury hotels. A small gap left between the original stone roof and white-lacquered wooden screens references the layout of the original sassi. Historically, entire families, including their livestock, lived in a single cave without any interior partitions.

“I introduced simple elements that perfectly integrate with the environment,” Micheli says of the hotel’s design. As much of the project is embedded in stone, ventilation and humidity were a major concern when it came to the bathrooms. Multiple vents to the surface were installed to enable passive ventilation, while the bathroom fixtures, most of which were custom designed by Micheli, were kept deliberately minimal – a design choice, he adds, that “exalted the spirit of the ancient place.”