Andrea Zittel wins Frederick Kiesler Prize for Architecture and the Arts
The prestigious Austrian award, which comes with a 50,000-euro cash prize, recognizes one exceptional artist every other year whose work transverses the boundaries between art and architecture. 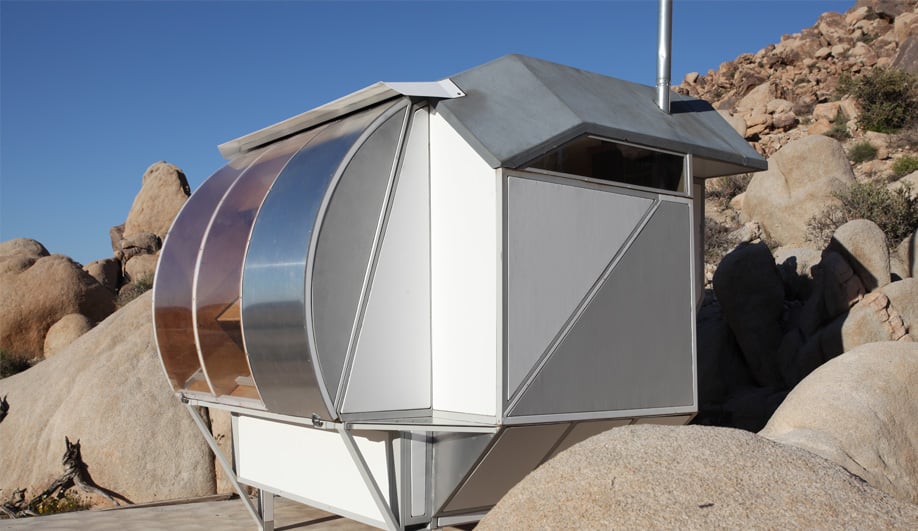 A-Z Wagon Station in the desert, customized by Jonas Hauptman. 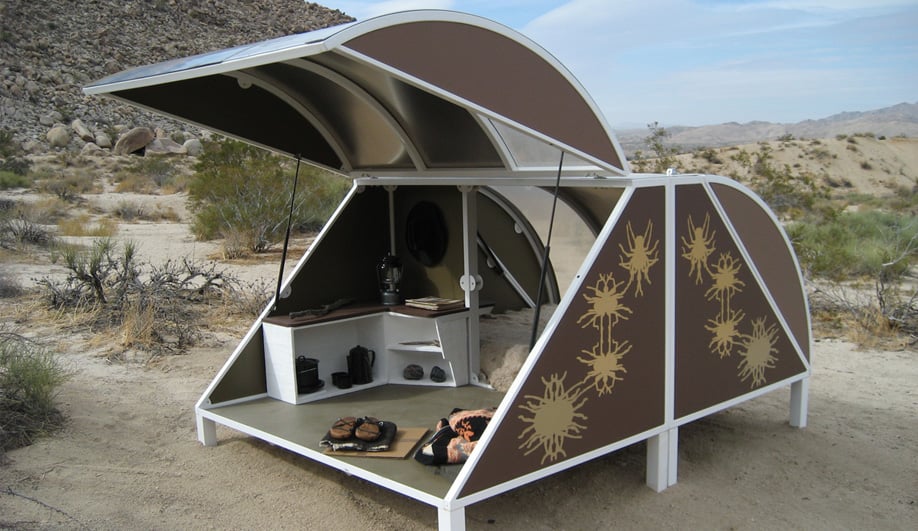 Guests regularly camp out in the steel-constructed homesteads, each bringing along their own belongings to customize the space. 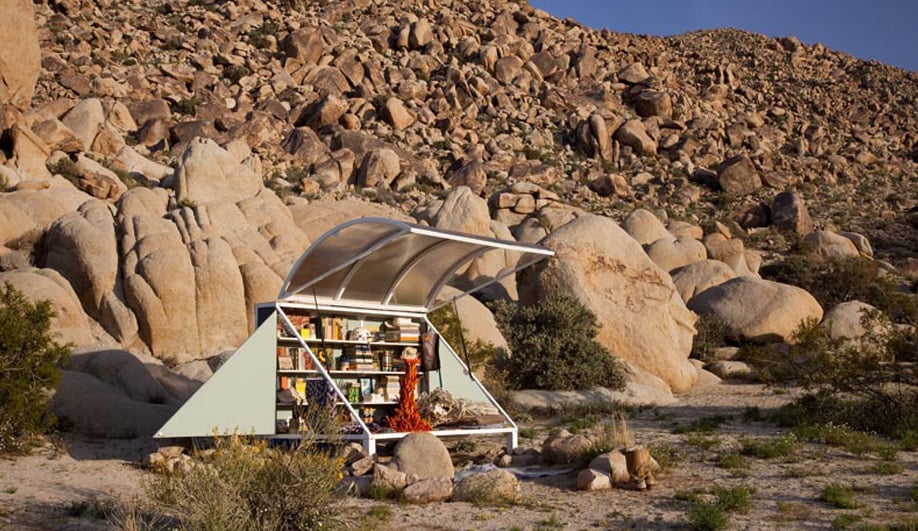 One of Andrea Zittel’s A-Z Wagon Stations in the desert landscape of California’s Joshua Tree. 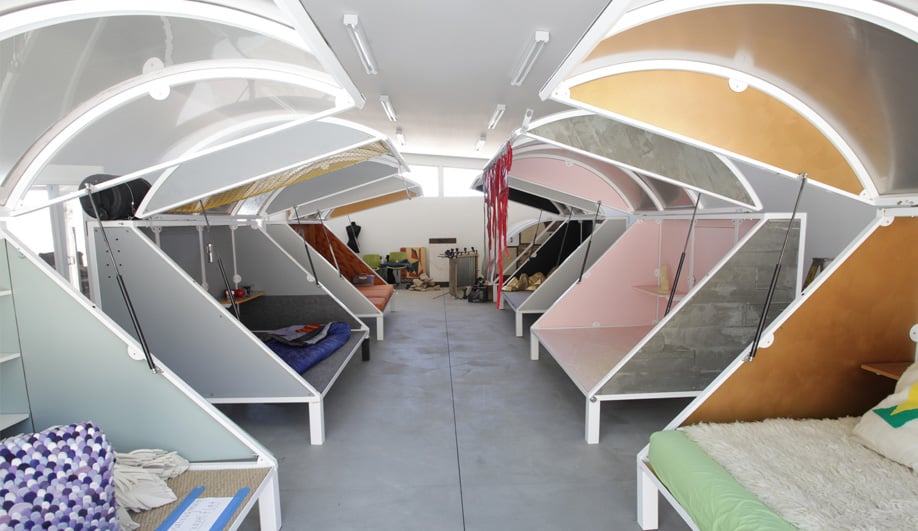 Nine A-Z Wagon Stations being packed up for exhibit in Stockholm, Sweden. 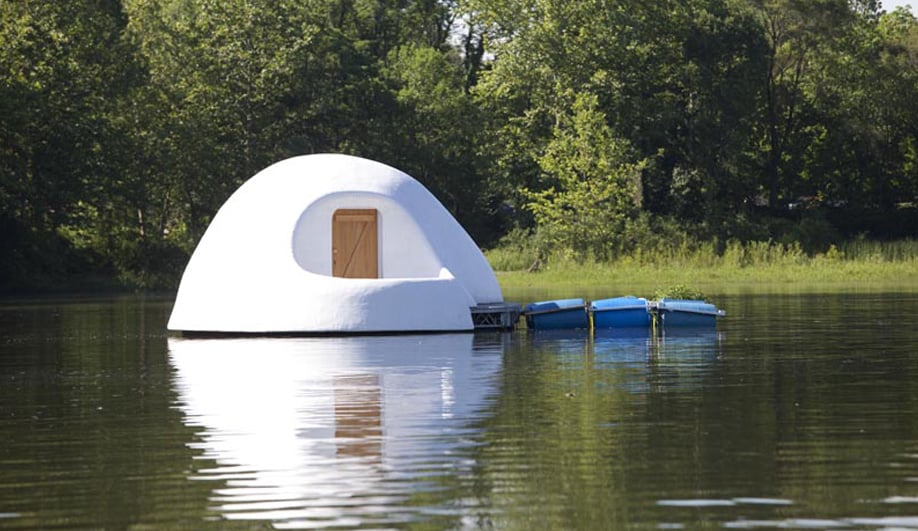 Zittel’s Indy Island at the Indianapolis Museum of Art. The six-metre island is a fully inhabitable experimental living structure. 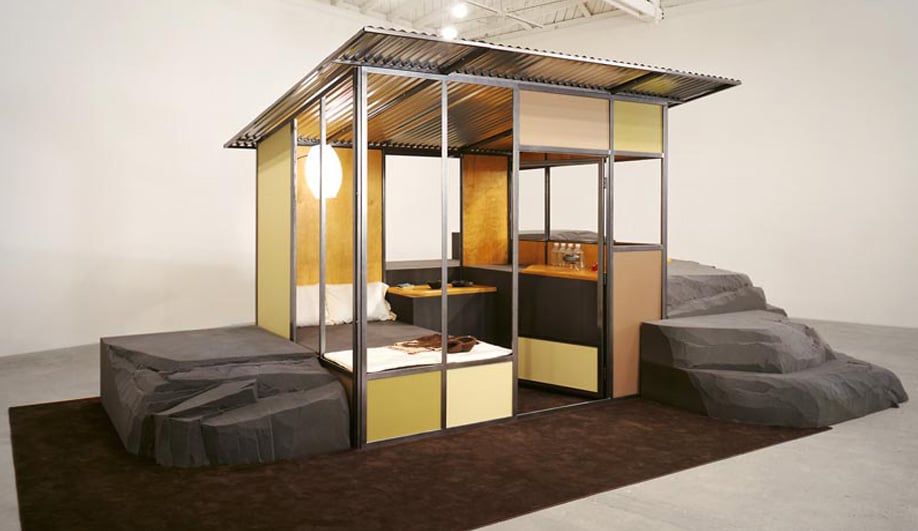 One of Zittel’s gallery installations – a shelter kitted out with fleece blankets, pillows, a camper stove and tea.

One criterion for the award is that the artist be under-recognized. While Andrea Zittel may not be as famous as Damien Hirst, anyone who has come across the American artist’s “social architecture” over the years – either installed in a natural environment or in a gallery – rarely forgets it. Since the late 1980s, the 47-year-old has explored living with less, by creating habitats no bigger than a queen-size bed that some contain basic creature comforts.

In the desert landscape of California’s Joshua Tree, where Zittel lives and works, she founded A-Z West, a landscape dotted with elevated steel pods, each with a clamshell lid that forms a half-dome when closed. The mini homesteads aren’t stagnant art objects, however. Guests regularly stay in the “A-Z Wagon Stations,” customizing the spaces with their own belongings and add-ons.

Zittel’s cabin-like forms have morphed many times over the years. She has transformed RVs into stylish travel trailers and created floating pods – rock-shaped tiny islands large enough for one person to sit in. In these respites away from the world, dwellers float peacefully on their solitary outposts, though never too far from the safety of the shoreline.

At the Indianapolis Museum of Art, one of Zittel’s floating pods, called Indy Island, is moored in a small lake on the museum grounds; selected residents are invited to live in it each summer. When they are home, they raise a flag to alert potential visitors, who can ring a bell at the shoreline. The pod dwellers row their home ashore so their guests can hop aboard.

While Zittel’s works are undeniably fun, they are also illuminating studies of how we attribute significance to things, including the structure we live in and what we actually need in order to exist in comfort without being surrounded by accumulated belongings.

Zittel will accept the award at a ceremony at the New Museum of New York on November 15, and a major exhibition is now on at the Kiesler Foundation in Vienna until January 12, 2013.

SHARE
Twitter, Facebook, LinkedIn, Pinterest, Email
TAGS
Art, Exhibition, Installation,
AZURE is an independent magazine working to bring you the best in design, architecture and interiors. We rely on advertising revenue to support the creative content on our site. Please consider whitelisting our site in your settings, or pausing your adblocker while stopping by.