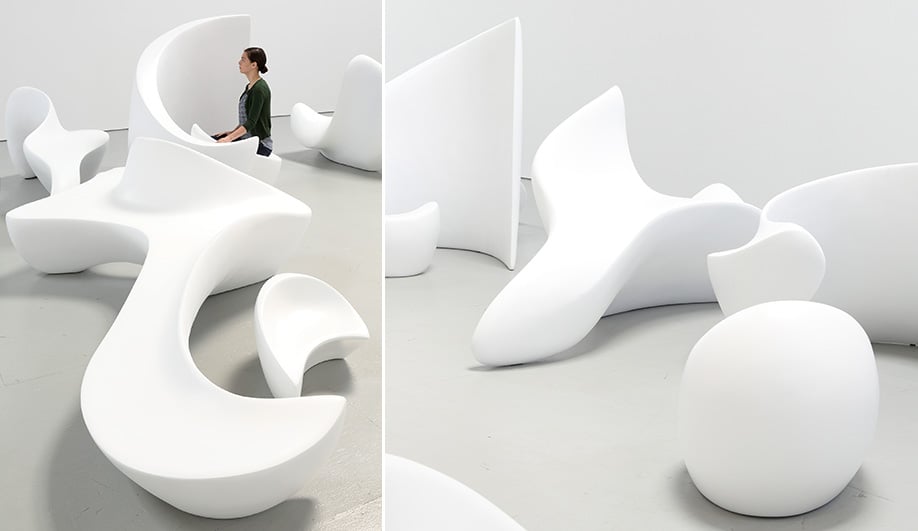 Design speaks to us on the most visceral level, but few can render its language as literally as Vancouver-based artist Marie Khouri. Her latest installation, Let’s Sit and Talk, exhorts us, in word and form, to connect with one another. Each of the 15 pieces is a sculpture you can sit on.

Together, they spell out the exhibition’s title, sculpted in beautiful cursive Arabic script. The quintilingual Khouri, born in Egypt, raised in Lebanon and trained in Paris, has made a career of conflating art with function: through her design studio, she also makes and sells jewellery, wine racks, benches, chaises longues and planters – all of which double as discrete sculptures. 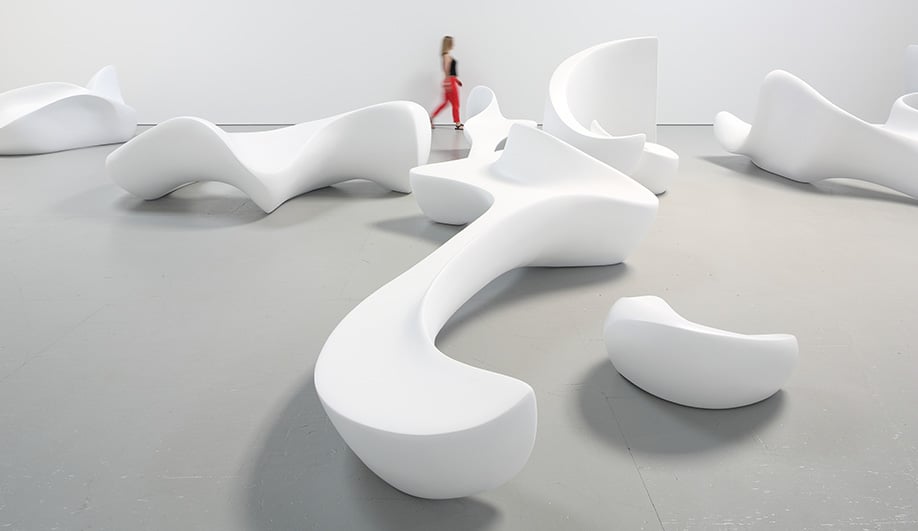 Made of ultra-dense Styrofoam coated with polyethylene, the furniture-like sculptures are three-dimensional renditions of Arabic script.

With the swooping lines of Let’s Sit and Talk, this dialectic approach reaches its zenith. Each amoebic piece is hand carved from EPS, an ultra-dense type of Styrofoam, then coated four times with poly­ethy­lene, sanded and painted. Every glyph and diacritical mark swells up to suggest the back of a chair, the armrest of a sofa, the seat of an ottoman. The work is evocative of a Henry Moore sculpture garden, with the added bonus that you can touch, lean and sit down on it, as viewers did when the installation opened in June at Vancouver’s Equinox Gallery. 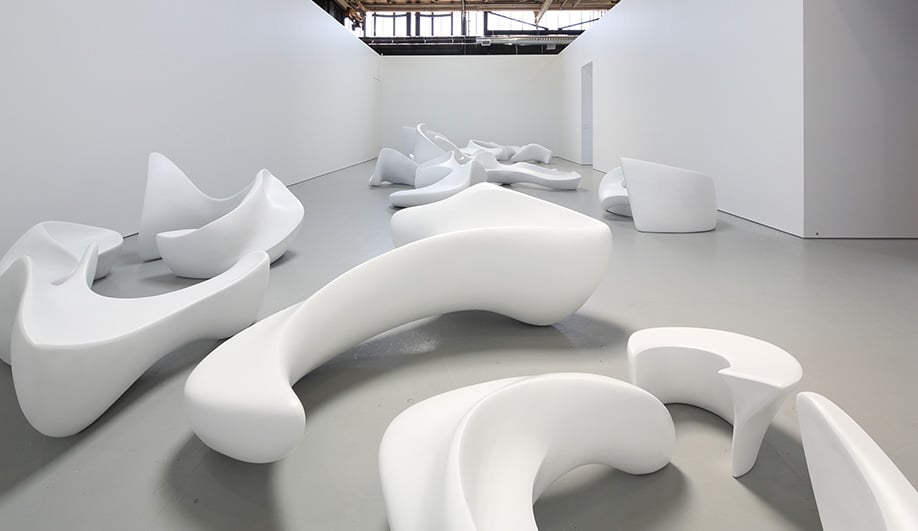 Khouri derived inspiration in part from her work on public art commissions for the City of Vancouver; she was troubled by bureaucratic concerns that public art be impossible to sit on, as that could attract – gasp! – loiterers. By contrast, she sees a bigger problem with the lack of such furniture in modern communities, and the dearth of in-person conversation about everything from global conflict to urban loneliness. “It’s calling for the importance of sitting down and talking, not only in places such as the Middle East but everywhere.”