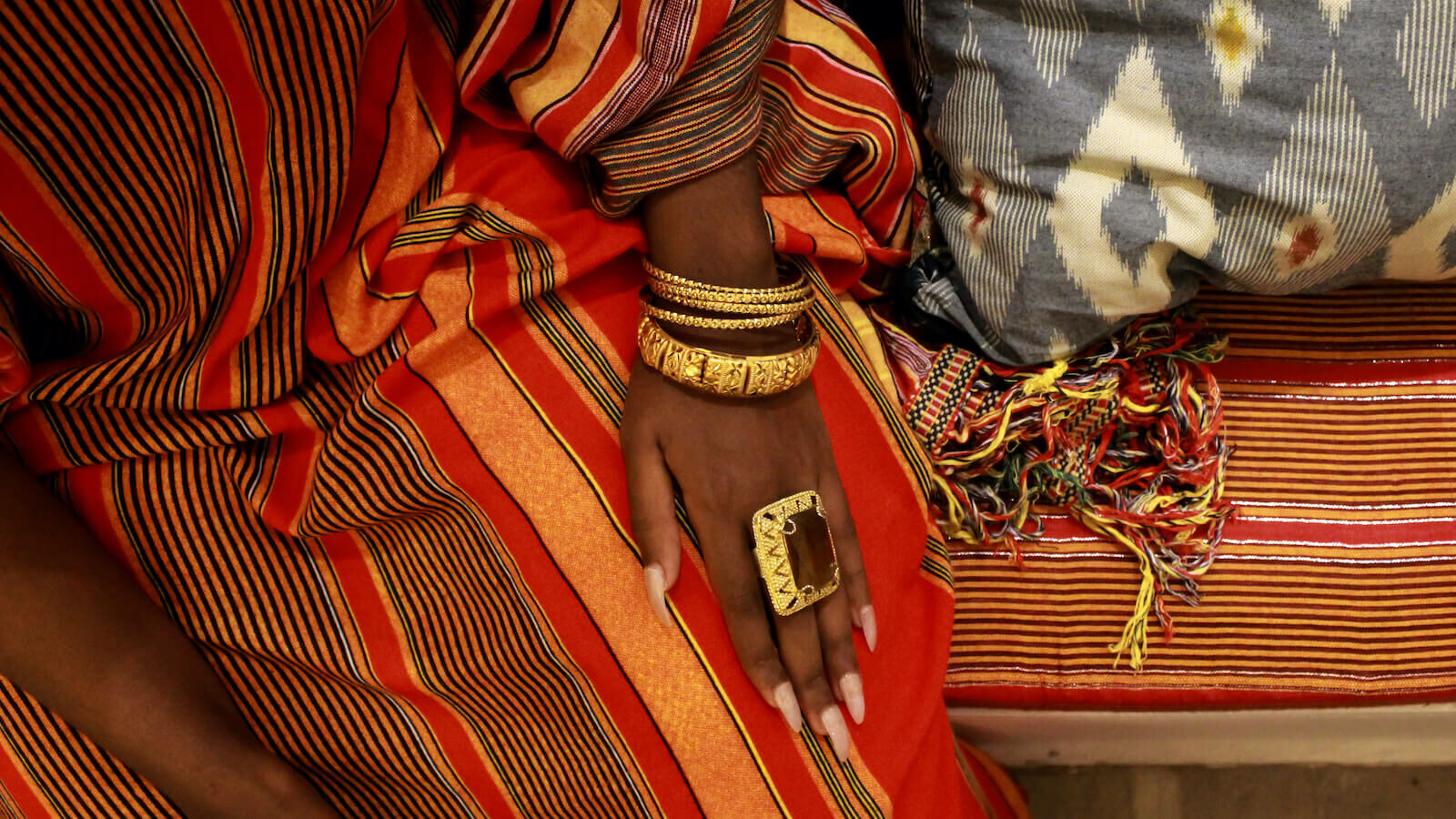 Architecture as Culture: Designing for Community in Mogadishu

Architect Omar Degan reflects on the experience of designing a restaurant that celebrates local identity and cultural tradition in the Somali capital.

Think back to your childhood. Even if the memories are blurred, many of the flavours and aromas remain. The time we spent with parents and grandparents is often remembered in scents and spices — returning us to those moments, even after many years. Passed down through the generations, dishes and cuisines are vessels of culture and tradition and embodiments of the world’s diversity. Think of a plate of tagliatelle in Bologna, a freshly baked naan in New Delhi, the sweet taste of a chai bought in the streets of Mogadishu, or a mate tea savoured in Buenos Aires. Each is a powerful reflection of its place and people.

I think about architecture in the same way. Just as culture and tradition is conveyed through gastronomy, the built environment can be a physical representation of local knowledge, passed down through the generations. Like food, buildings can convey ways of knowing, rooted in working with local materials and resources, and adapting to climate and culture. In this way, architecture should celebrate and enhance the places it transforms. It’s a paradigm few would disagree with — yet one that’s rarely reflected in how we build. 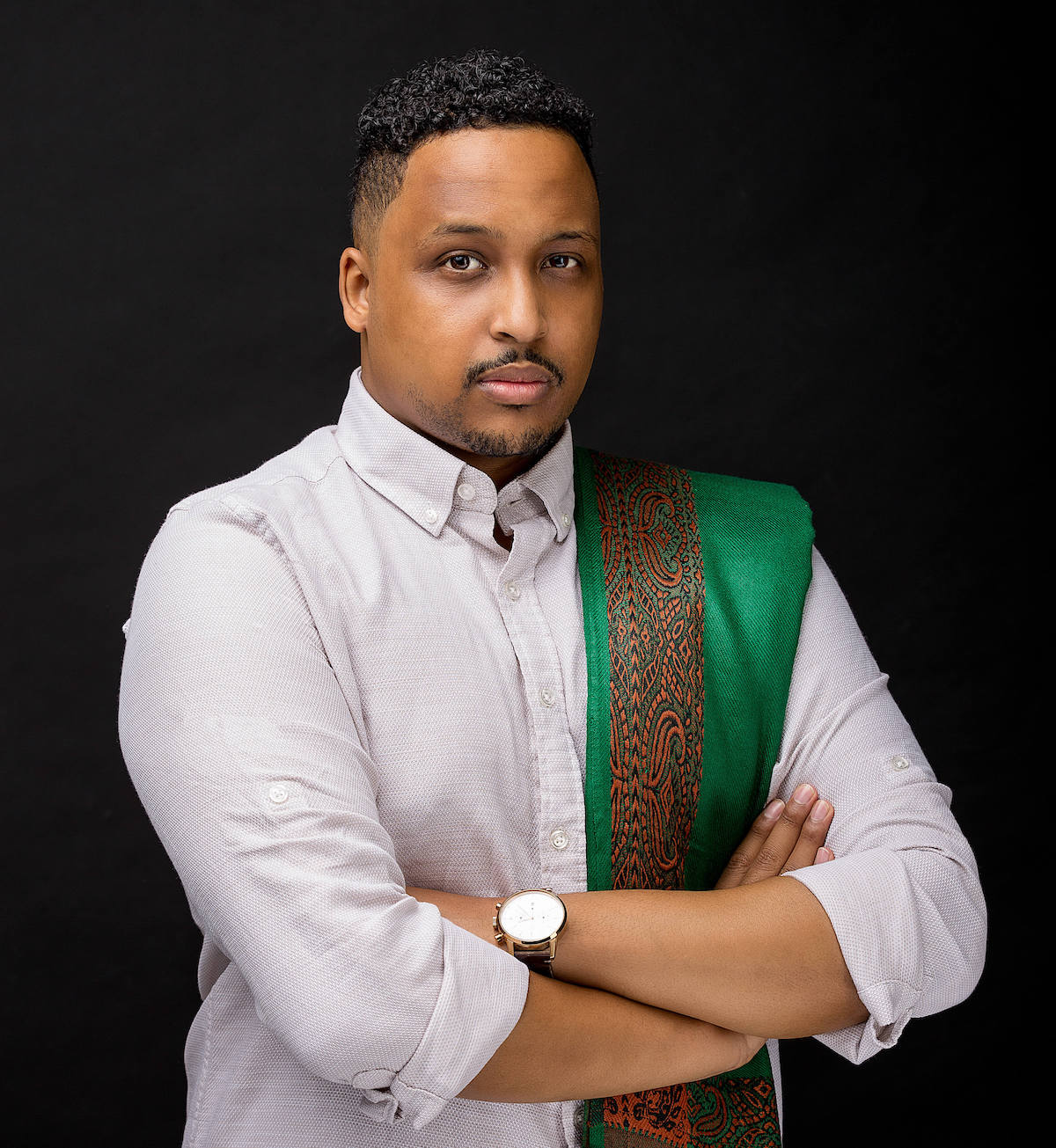 A neo-colonial conception of modernity still shapes buildings around the world. It’s a flat, globalized approach in which a tower in Toronto is similar to one in Shanghai, and in which the glass used for a New York skyscraper can be nearly indistinguishable from the cladding of a residential building in Mombasa. This is an architecture that does not earnestly strive to understand places, people and traditions, but seeks to pursue a vision of universal modernity which finds its expression in a detachment from local knowledge.

So how can architecture celebrate cultural diversity? As a Somali practitioner — and principal of Mogadishu-based DO Architecture Group — my answer is always rooted in the local community. And appropriately enough, it’s reflected in a recent project that brought together food and architecture: In 2019, I designed a restaurant called Salsabiil in the outskirts of Mogadishu. 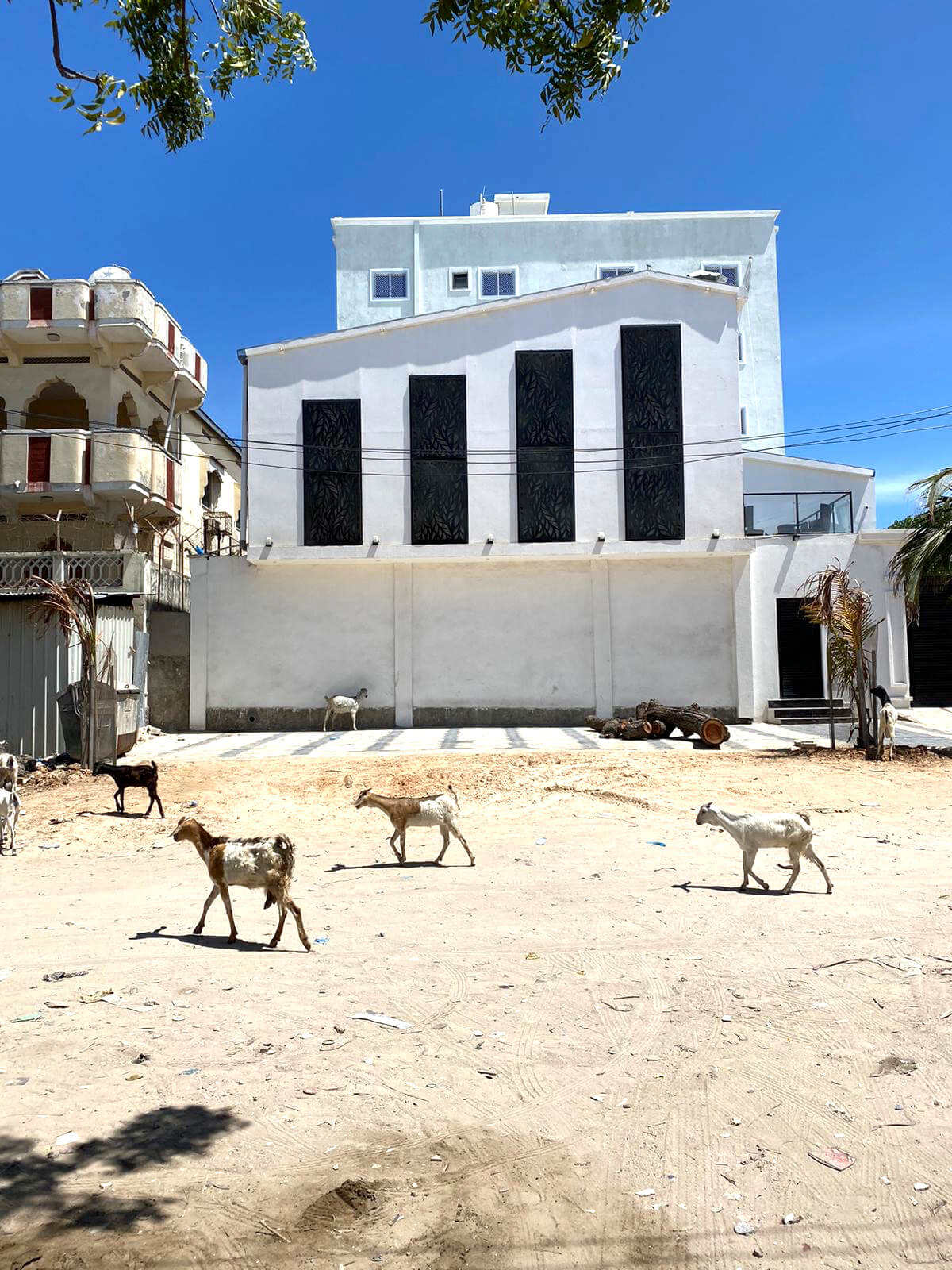 From outside, Salsabiil’s façade appears modest and simple — almost private and introverted. But like an old book cover with layers of dust on its surface, a surprise awaits inside. Crisp white walls, ceilings and floors greet visitors as they enter, with the room framed by plantings that hint at the once-abundant local greenery that’s been lost through decades of deforestation. 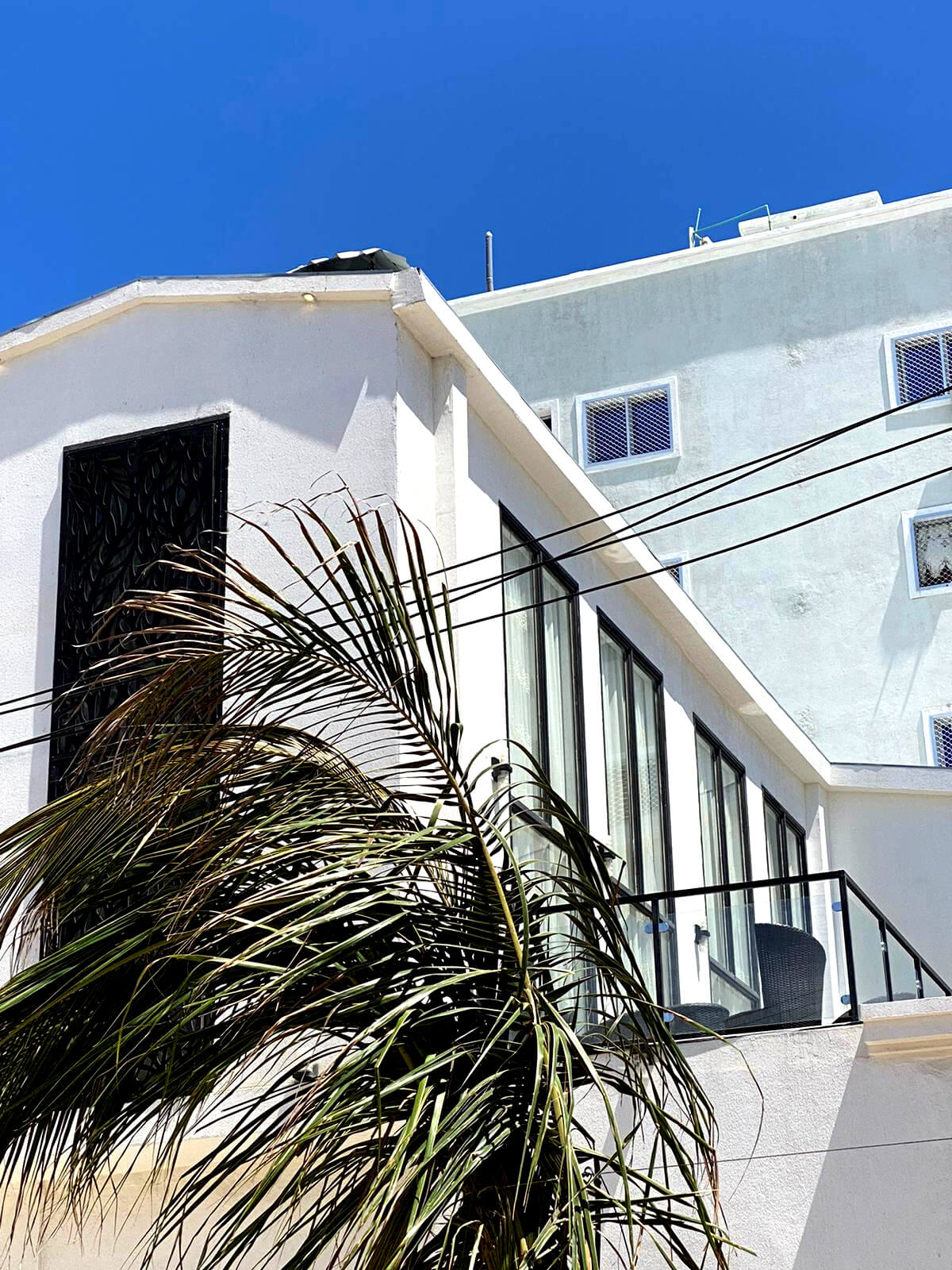 Mogadishu was once known as “The White Pearl of the Indian Ocean” for its white buildings, beautiful palm trees and stunning blue coastal waters. As a reminder of the city before the civil war, the restaurant interior is pure and clean, white and simple. Decorating this crisp white canvas, traditional Somali fabrics adorn the pillows and upholstery, including the textiles traditionally used for women’s dresses (a fabric called Halindi) and men’s macawiis sarongs. 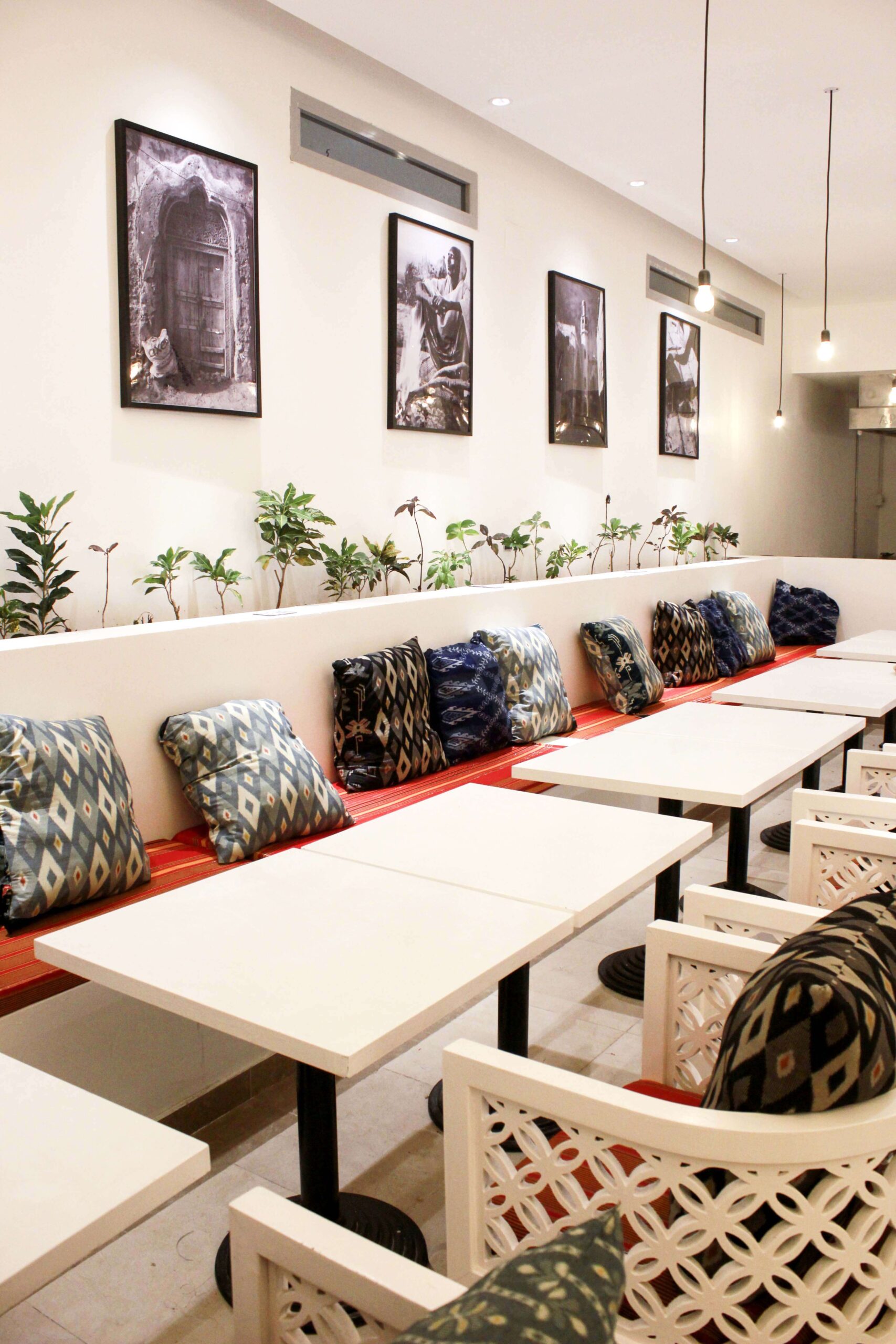 The motif also extends to the ground floor restrooms, where fabric patterns traditionally associated with men’s and women’s clothing are used as door coverings. In lieu of formal signage — and the western gender binary that it reflects — the restrooms are rooted in the culture and tradition of Somalia. Regardless of age or social background, the designs are a signifier that every local person knows. 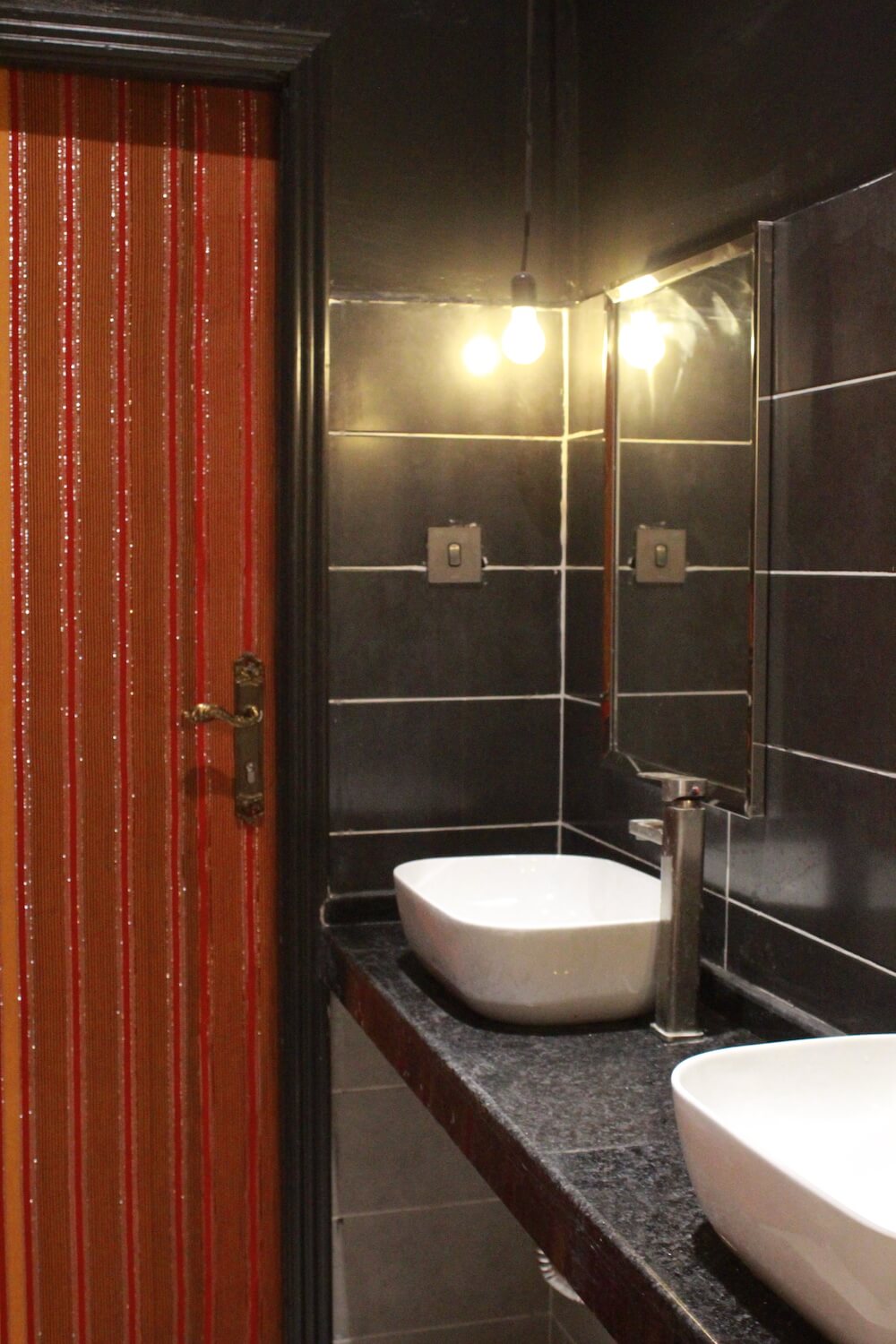 Traditional fabric patterns on the doors demarcate the women’s… 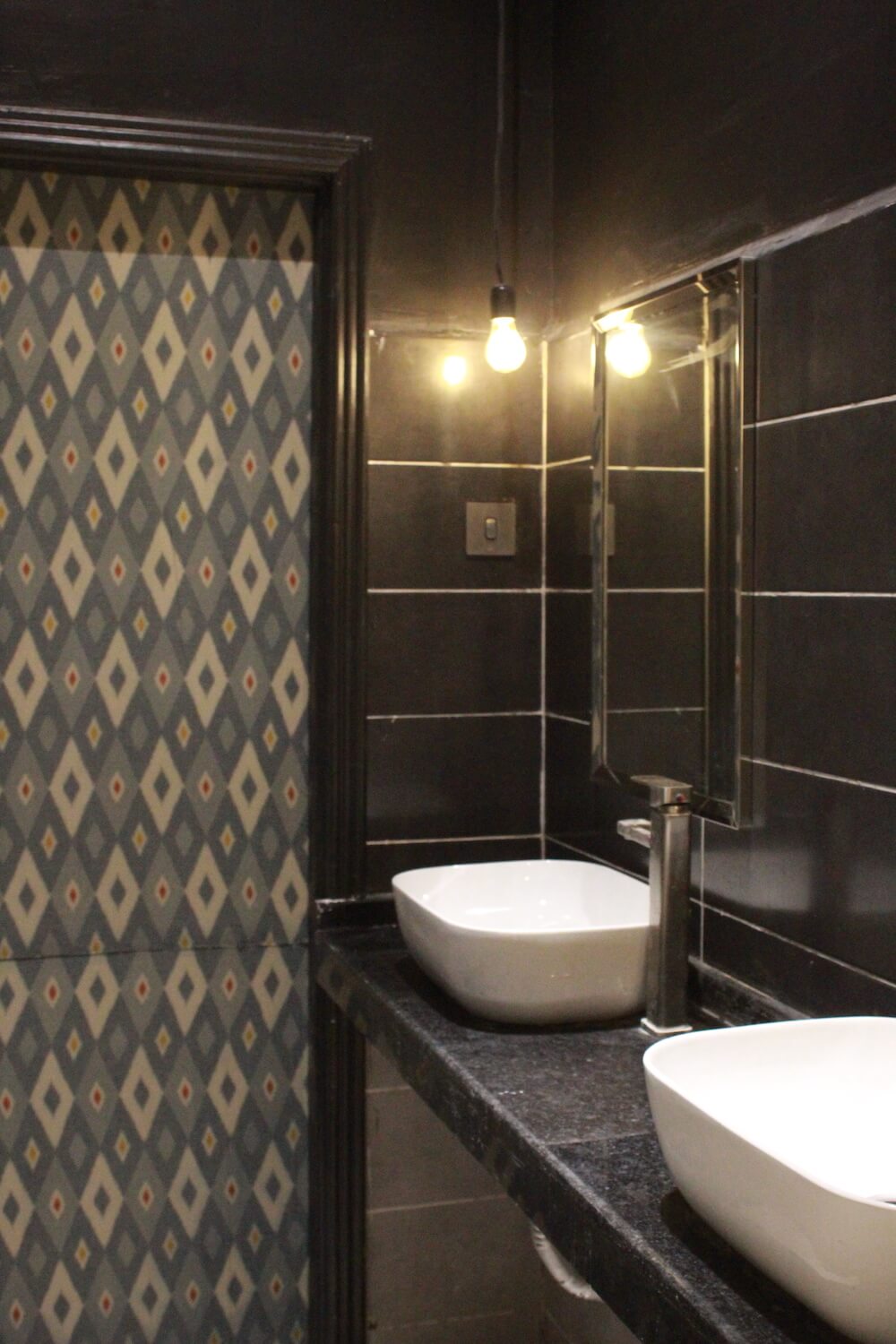 Throughout the restaurant, photos portraying scenes of daily life in pre-war Mogadishu guiding visitors through a visual journey of stories and nostalgia. Designing Salsabiil was also a personal journey through my own culture and identity. I explored and studied things that I’d never had the possibility to experience — from discussing old ways of building furniture with community elders to finding the appropriate pictures to frame, the creation of this space was an adventure. 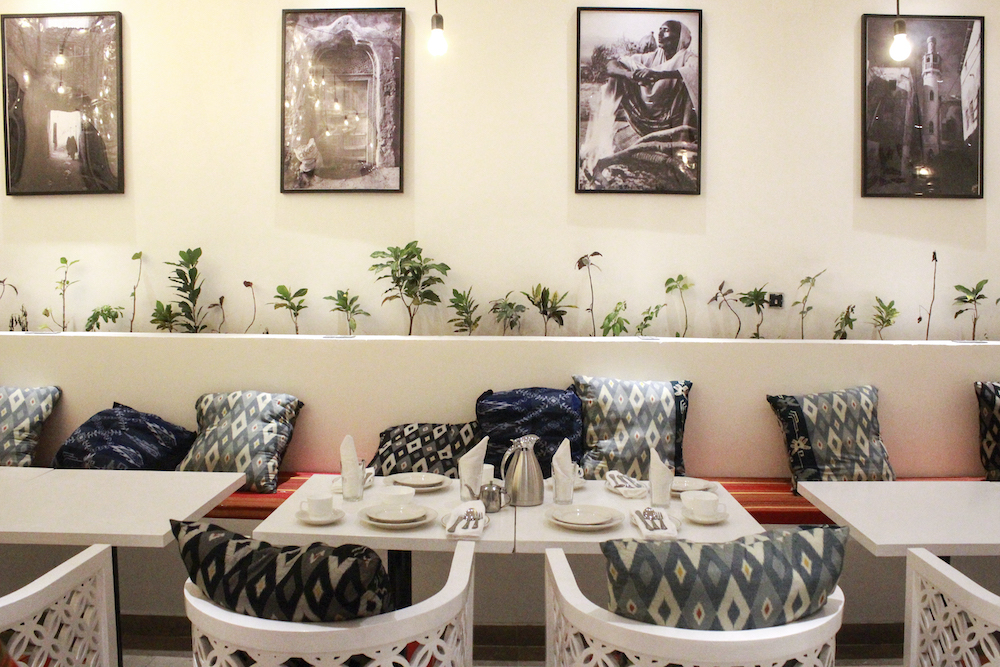 As a resident of Mogadishu, my hope is that Salsabiil continues to serve as a local landmark and a meeting place for the community — and as a representation of the cultural identity of Somalia. As an architect, I hope it offers a modest case study of integrating architecture and culture, demonstrating the power of weaving cultural identity and social fabric into the built environment. I didn’t want to impose a design vision on the community; I wanted the community’s culture to become the main protagonist of the space. It’s a contemporary environment, but one strongly rooted in tradition. 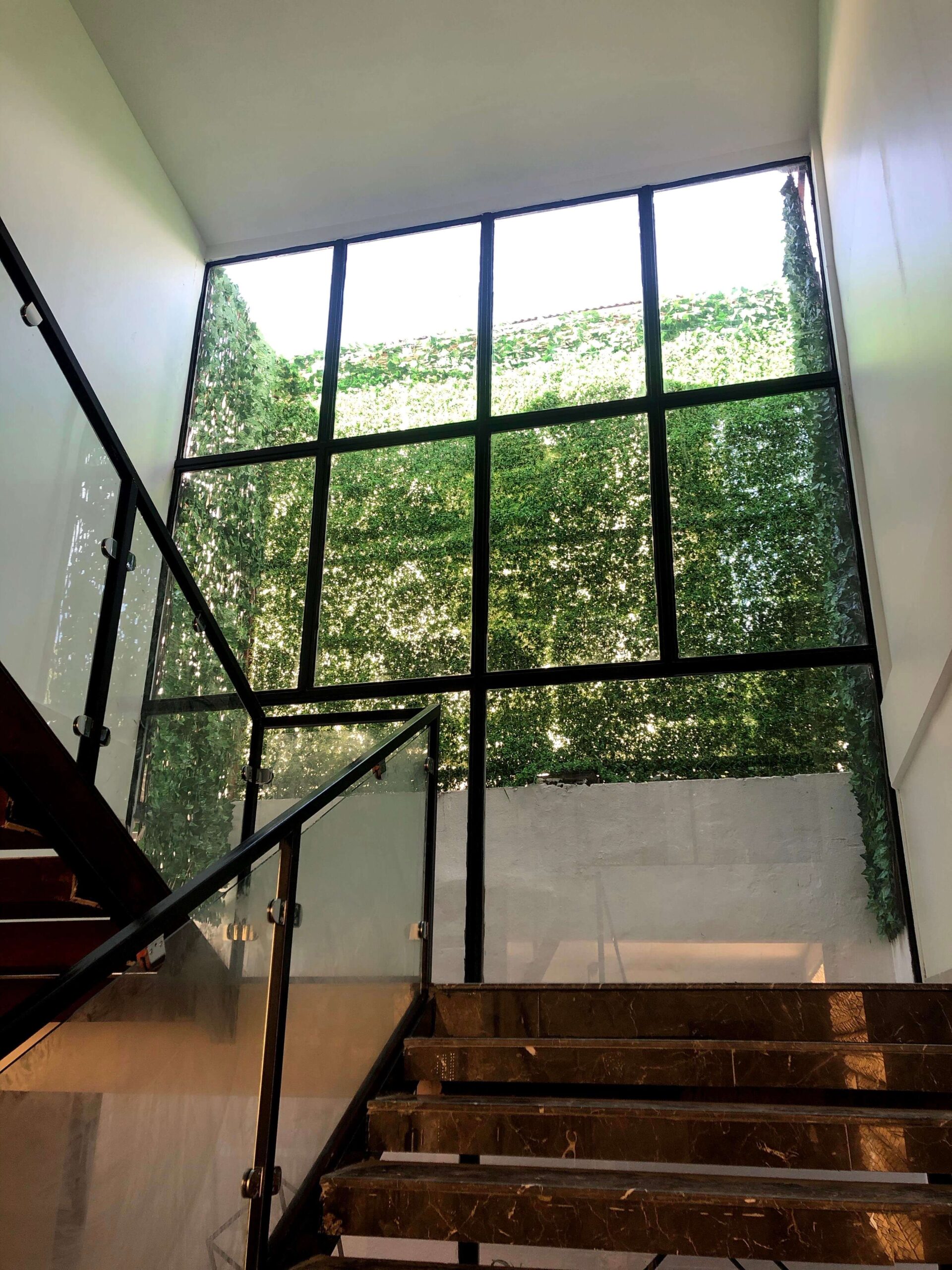 Access to greenery and natural light was a driving force of the design for Salsabiil.

Salsabiil’s case is not unique in the world. It doesn’t matter if you are in Somalia, New York City or the mountains of Peru. If we understand the knowledge embedded in culture, community and history, then we also understand how to make a humble but substantial architecture — an architecture that embraces its environment. On a global level, it translates to an embrace of the world’s cultural diversity. Like local cuisines, local designs are something to celebrate.

My own practice follows the same principles. To me, designing for a better future means embracing locality and diversity. In this way, I hope the design process itself can — directly or indirectly — become a means to fight climate change, racism, inequality, poverty and much more. Of course, these are large and intractable problems, and their solutions lie far beyond the drafting table alone. But I know this much for a start: The architecture of the future is not made of glass and steel, but of community, culture and diversity.

Omar Degan is a Somali Architect, Principal and founder of DO Architecture Group, an office specialized in post-conflict reconstruction and cultural diversity. Born in 1990, Omar has dedicated his career in the study of emergency contexts and developing countries, focusing on the interactions between culture and architecture. In 2021, he was selected as one of the African Leaders by the Obama Foundation, recognizing his work in the post-conflict reconstruction of Somalia.

Architect Omar Degan reflects on the experience of designing a restaurant that celebrates local identity and cultural tradition in the Somali capital.