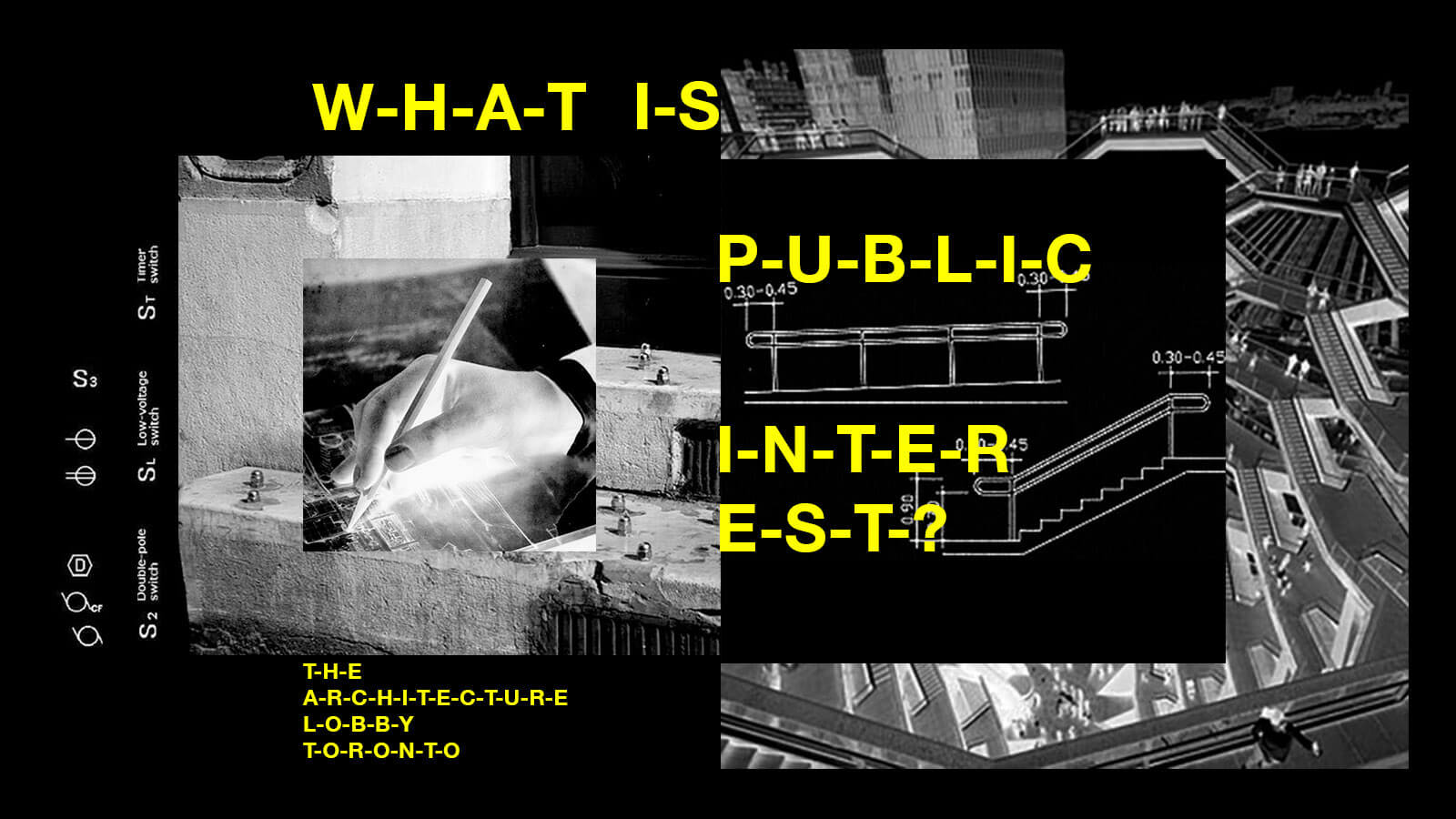 On November 22, join The Architecture Lobby Toronto’s inaugural C-A-L-L + R-E-S-P-O-N-S-E book club to discuss: How do we define public interest? What does the architectural profession profess?

As a self-regulating profession in Canada, architecture is framed through its mandate to protect the “public interest.” Yet this term remains undefined — rendering the profession’s relationship to society elusive. The notion that public interest and public safety are synonymous terms undermines architecture’s political role. In a zeitgeist committed to the promotion of collective health and social justice, architecture must delineate who the industry is designed to serve. If our hope is that the profession moves beyond performative acts to embody wider structural change, architectural workers must understand how institutional legacies impact our ability to serve communities.

Are the public’s interests best served through advocacy or regulation? Is professionalization compatible with progressive change? Do legacies of exclusivity in the profession leave communities underserved? Are architectural workers themselves members of the “public,” or has an invisible line been drawn between “professionals” and environments impacted by their work? Who determines the public’s interests, and how have these objectives been leveraged through time?

These are questions being posed for “Architecture and the Public Interest,” the first edition of The Architecture Lobby Toronto/Tkaronto’s (TAL-TO)‘s participatory book club, C-A-L-L + R-E-S-P-O-N-S-E. TAL-TO is a newly inaugurated chapter, and the first in Canada, of The Architecture Lobby, an organization of architectural workers advocating for the value of architecture in the general public and for architectural work within the discipline. It believes that the work architects do – aesthetic, technical, social, organizational, environmental, administrative, fiduciary – needs structural change to be more rewarding and more socially relevant. As long as architecture tolerates abusive practices in the office and the construction site, it cannot insist on its role in and for the public good. The views expressed here are particular to the Toronto/Tkaronto chapter.

Framed as an ongoing conversation, to be hosted on Azuremagazine.com, C-A-L-L + R-E-S-P-O-N-S-E will recommend a list of 10 to 12 resources – including audio, video and reading materials – that raise a series of provocations about the topic. This is the C-A-L-L, and each resource will include a brief passage from a TAL-TO member framing its relevance. Readers can choose one or multiple resources to engage with and bring to the virtual book club meeting. The R-E-S-P-O-N-S-E will take the shape of an essay published on this platform in the aftermath – one that analyses what the issue at hand means for the architectural field.

Links to Resources for C-A-L-L 1: Architecture and the Public Interest

1. OAA: When Do You Need an Architect?

The Ontario Association of Architects’ stated reasoning for the need for registered architects vis-à-vis navigation of code and regulation, the protection of public safety, and bringing value to projects.

2. RAIC: What is an Architect

The Royal Architectural Institute of Canada’s definition of the architect’s role is skills-based, describing an architect as a trusted advisor with particular technical expertise. It also foregrounds the importance of the public interest, health and safety.

3. Corser, Rob. “Design in the Public Interest – The Dilemma of Professionalism” in Imagining America 14 (2008)

Corser examines what exactly it means to practice design in a public manner, and in particular the difficult position in which the profession of architecture often finds itself. What happens when the desires of the client and those of the community do not align? Who does the designer ultimately serve? – 45 min. read // Submitted by Kearon Roy Taylor

4. Deamer, Peggy, and Manuel Shvartzberg. “Beyond Architecture ‘For an Architecture of Radical Democracy’ .” Essay. In Architecture and Labor, 151–63. New York, NY: Routledge, 2020.

Architecture Lobby co-founder Peggy Deamer unpacks models of political agency within the profession, arguing for structural change at the scales of geopolitics, professional associations, and practitioners. Deamer advocates for an architectural profession that redefines itself and its external relations through “radical democracy,” increasing workers’ access to political participation and eliminating architecture’s aristocratic-class undertones. – 45 min. read // Submitted by Dana Salama 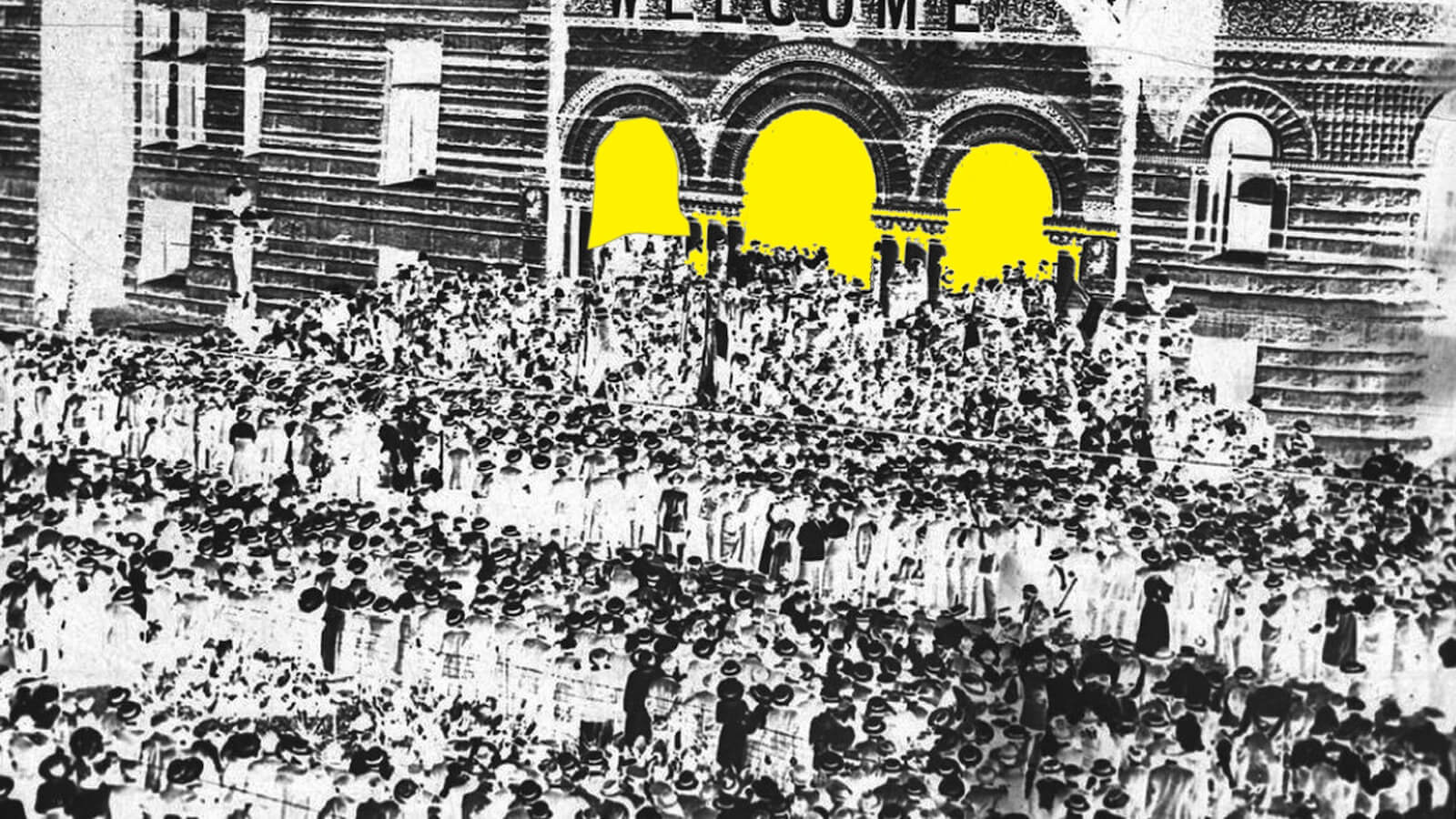 A canonical work on participatory design, including important and timeless critiques on the political passivity and social irrelevance of the architectural profession, and the profession’s role in perpetuating inequity. De Carlo makes a powerful case for questioning the moral ambiguity of the profession, and fully confronting and taking responsibility for its social impacts. – 15 min. read // Submitted by Meng Yi Dai

Banham here speaks to a crisis of the profession and its agency in relation to encroachment by engineering and other professions, and its capacity to remain relevant in changing socio-technical circumstances. – 15 min. read // Submitted by Kearon Roy Taylor

Ann Lui of Future Firm discusses the unequal structural effects of predatory enforcement in the built environment, focussing specifically on redlining and zoning infractions in Chicago. Lui imagines the Office of the Public Architect as a parallel to the role of the public defender, serving society by limiting the state’s ability to perpetuate discriminatory regulation and “bureaucratic snags.” See Future Firm’s exhibit at the Chicago Architecture Foundation here.  – 1 hr. read // Submitted by Dana Salama 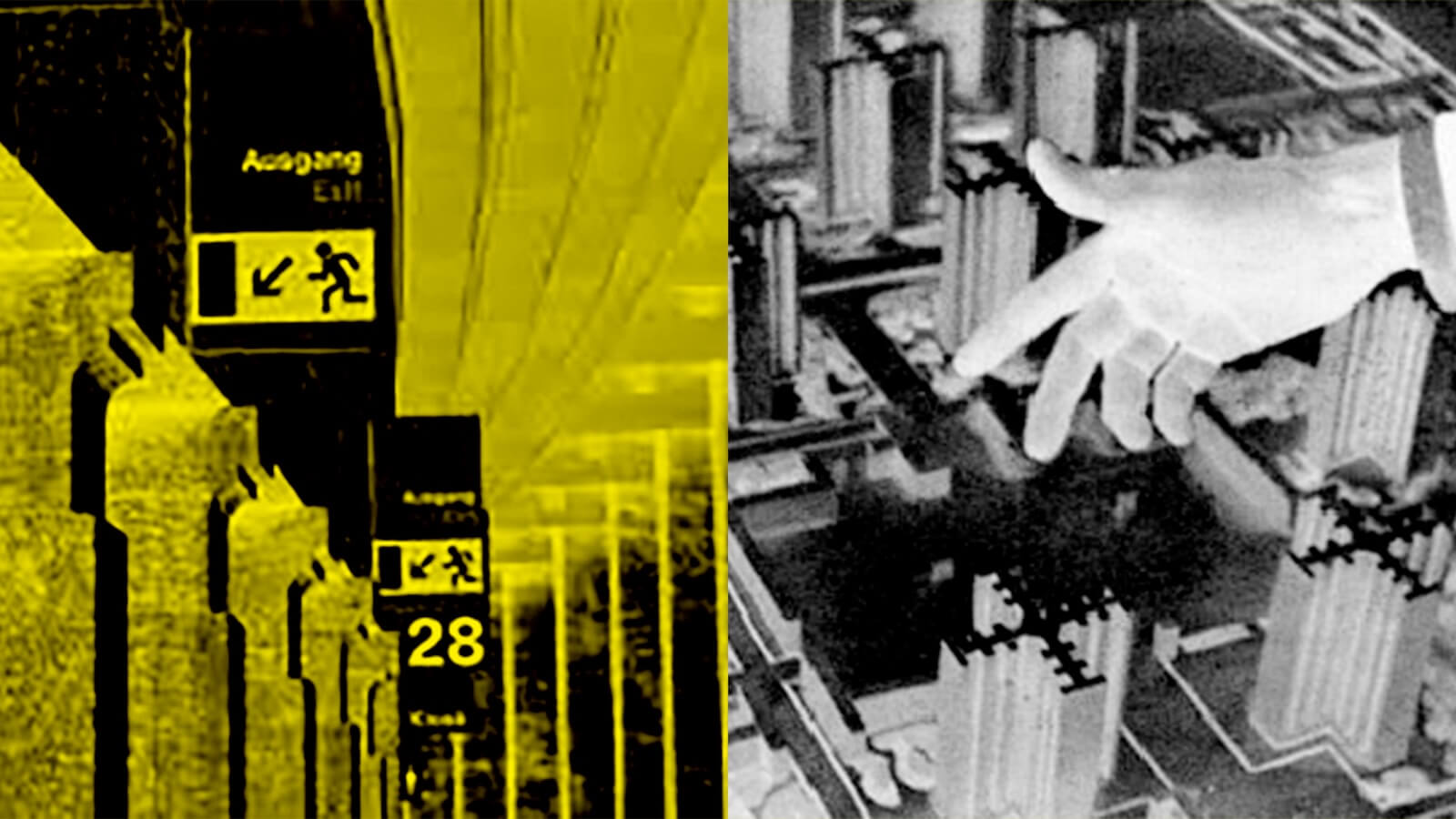 Prior to the release of his book of the same title, American literary critic and social theorist Michael Warner published “Publics and Counterpublics,” in the 2002 issue of Public Culture Journal. In this essay Warner’s focus is on answering the question “what is a public?” His analysis, informed by public-sphere theory and queer theory, examines the different and nuanced ways contemporary public life is constructed.

Here is a YouTube interview of Warner speaking on the subject. – 2hr. read // Submitted by Evelyn Hofman & Aidan Mitchelmore 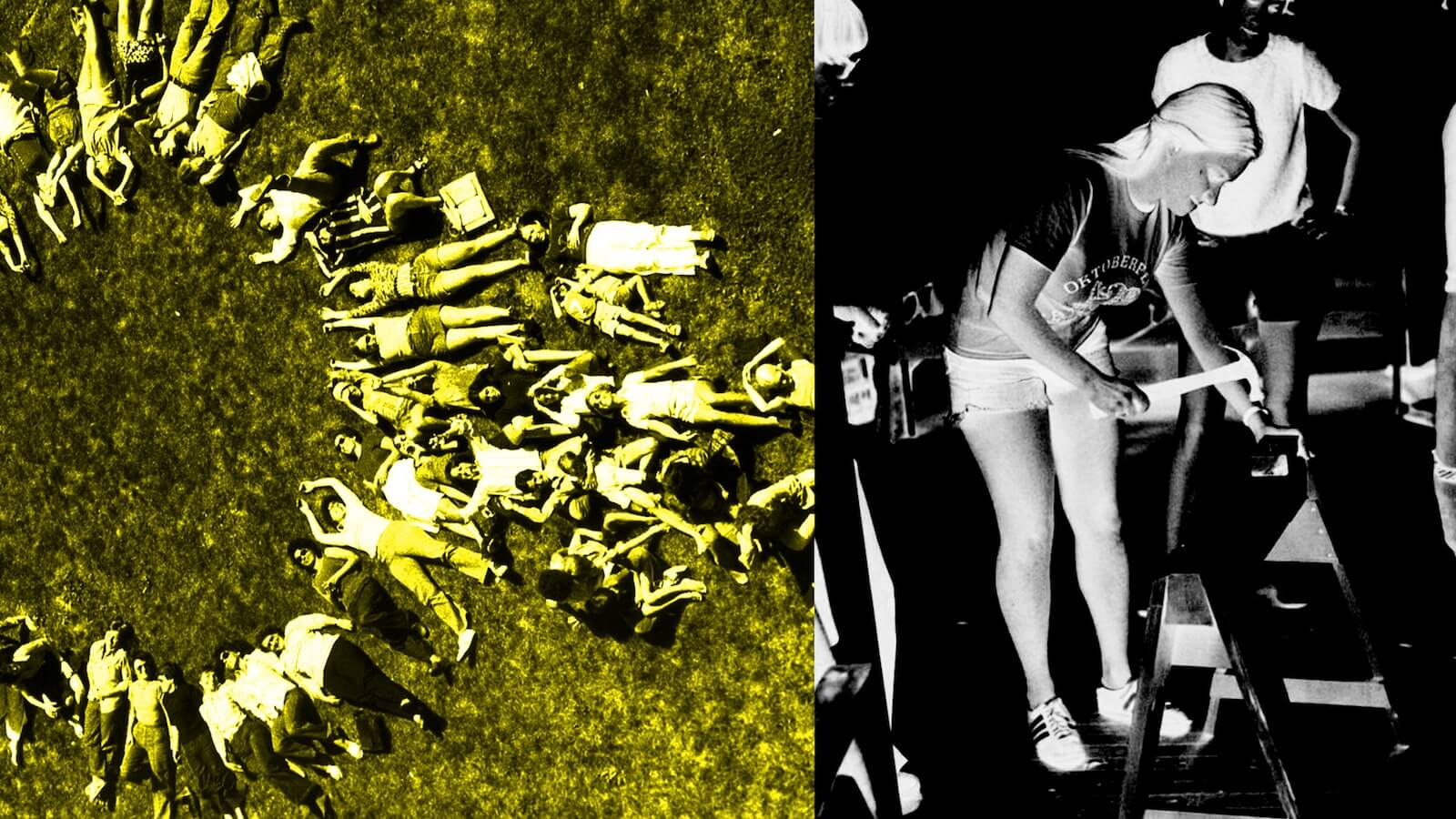 The law relies heavily on “public interest” but this is weakly defined across many different professions. The Institute of Chartered Accountants in England and Wales (ICAEW), which is also a regulatory body, has attempted to provide a definition in a report with relation to accounting practice. Could architects generate something similar that provides a greater/broader definition? – 5 min. – 2 hr. read // Submitted by Joanne Smith 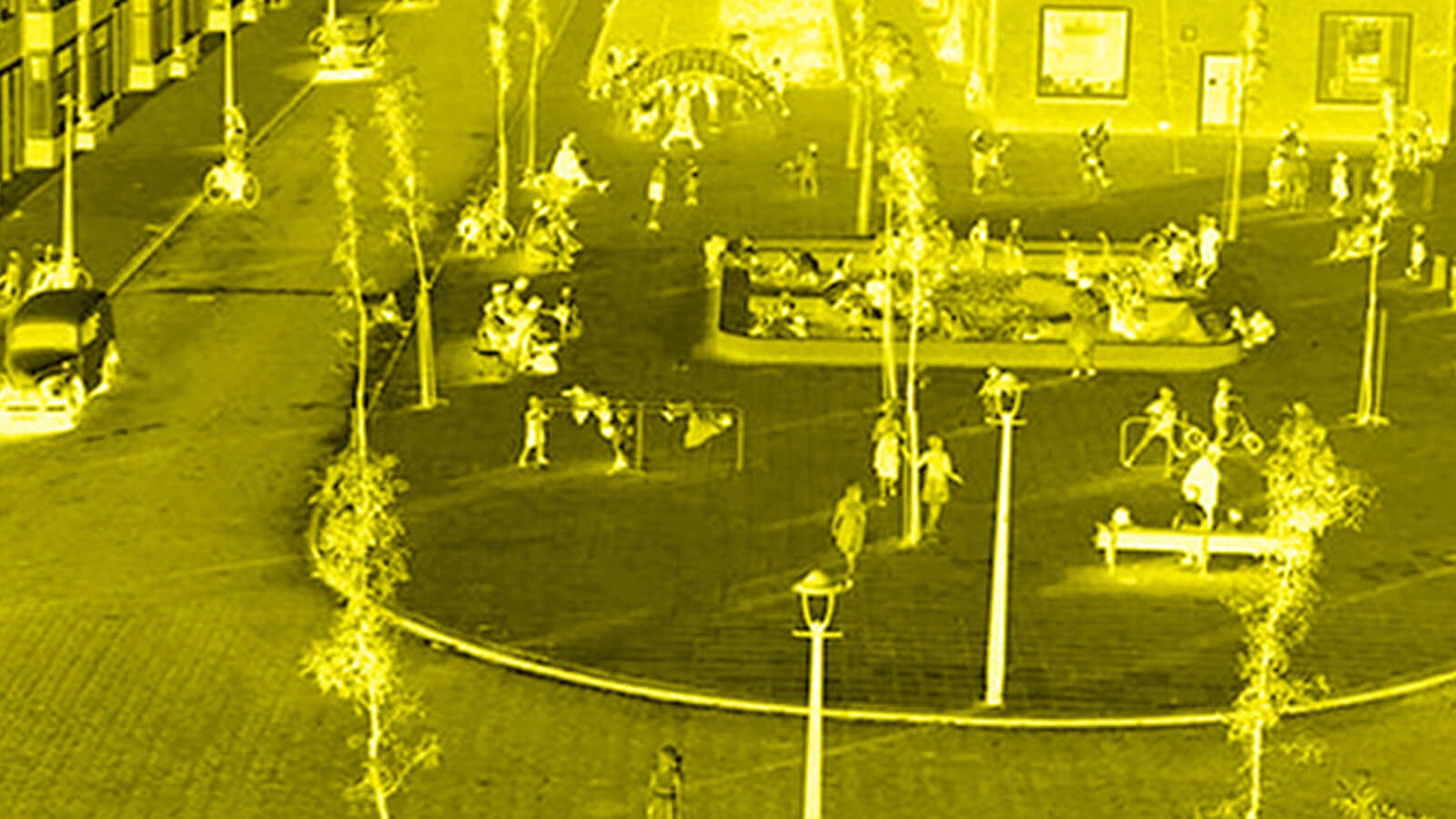 10. Miessen, Markus. The Nightmare of Participation, talk at Museum of Modern Art Warsaw, 2011.

Prominent critical theorist Markus Miessen examines participation and involvement with the public in art and architecture. Lamenting rote exercises where practitioners hide behind a consensus-seeking “participatory umbrella,” Miessen proposes a mode of practice that embraces disagreement and dissensus that acknowledge the plurality of publics. – 1.5h video // Submitted by Kearon Roy Taylor

On November 22, join The Architecture Lobby Toronto’s inaugural C-A-L-L + R-E-S-P-O-N-S-E book club to discuss: How do we define public interest? What does the architectural profession profess?